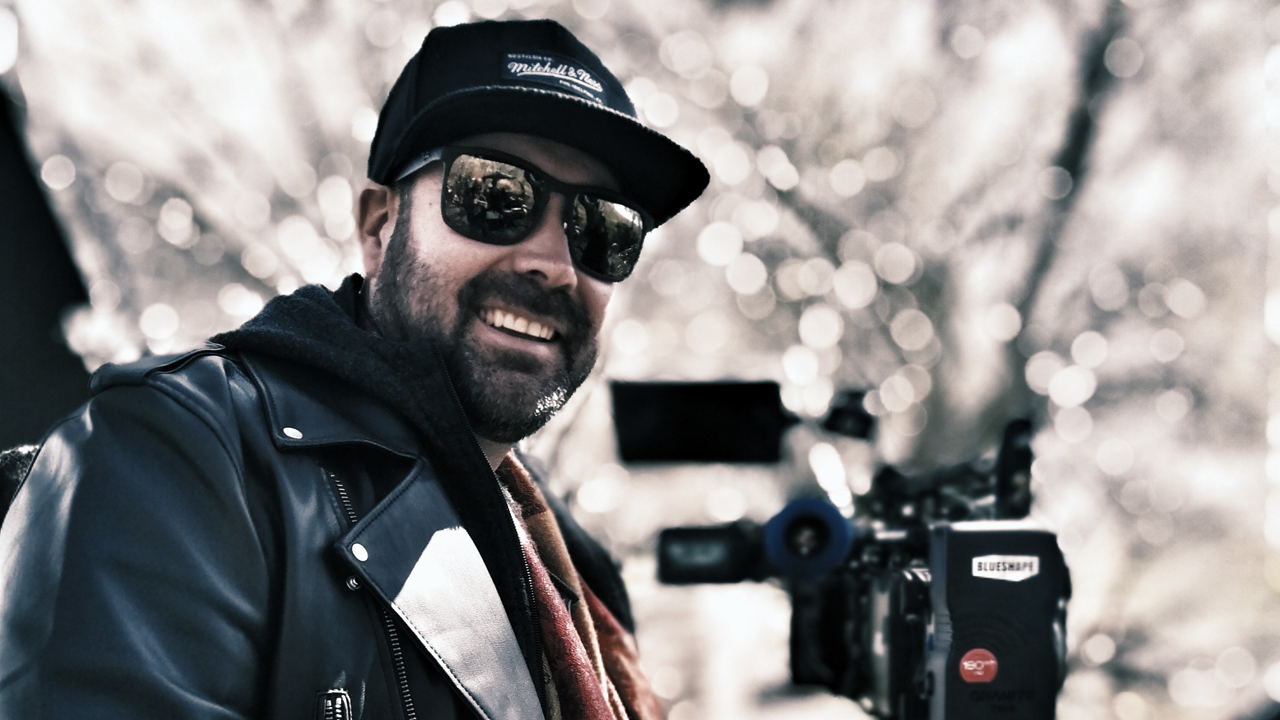 [dropcaps type=’normal’ font_size=’65’ color=’#ed145b’ background_color=” border_color=”]D[/dropcaps]ale Bremner is an established Australian cinematographer with a passion for approaching music videos with a sense of artistry and meaning. One does not need to spend long looking through his work to realise that he is not afraid to work on a variety of concepts through an eclectic range of directors and styles. We catch up with Dale after a recent trip to Lebanon…

How long have you been a cinematographer and could you describe your journey to date?

Before moving to Sydney and specialising in cine at IFSS, I began my journey in dark room with a double major in photography, media production at college which then lead to cinema studies, writing for screen, directing for screen at university. Through this period I was always shooting shorts and shitty music clips, but only for fun ultimately.

In late 2011 I graduated cine and started shooting freelance around a year later on. So I’ve been a professional full time cinematographer for about 6 years.

After 12 months of shooting full time I won the Australian emerging cinematographer of the year award 2013, which ultimately gave me the self belief that I could in fact work in the industry. During the paid work, I continued to pursue free creative work on the side – many of these low budget music clips. From then on I worked, expanding my knowledge, experience and connections by shooting in every state except WA, and as a result working in over 12 countries and 5 continents.

Your recent video for artist Nancy Ajram was shot in Beirut Lebanon and that was the first time you’ve been there. How did it all come about?

Yes it was first time I ever shot or travelled to Lebanon, but I had shot previously in the middle east. The director Leila Kanaan had came across my work online whilst researching for a new music clip and contacted me directly. Several of my fashion films had premiered / won some awards at international fashion festivals, which I believe played a part in catching her eye, ultimately leading to an offer to work together.

Here is the official video for “W Maak” by Nancy Ajram

How important do you feel the internet is, as a platform for creatives to build their profile to collaborate or attract work?

Obviously online platforms are integrated into the very fabric of modern society, to the point of no return, and is as relevant as ever to all forms of business and trade. Video streaming services like Youtube and Vimeo are now essential for showcasing work however due to a saturation of content these days, filmmakers may require precision marketing to gain traction with audiences previously reached organically.

The benefit of exposure and involvement through specific festivals such as CLIPPED or the BFFF, is it acts as a sieve, filtering through quality and relevance and showcasing it to professionals who are viewing it for the right reasons.

One issue I think dwells behind the curtains, in the shadows of the masses and is perpetuated by this over saturation and ease of available content, is a lazy approach to the creation of original ideas. Before the internet many directors, cinematographers, even musicians for that matter referenced and drew from the outside world, the physical world, not a digital one. Whether it be art, painting, poetry, architecture, landscapes, literature, plays, etc etc. It seems many projects are simply referencing other shoots. Digital images, referencing digital images, in a perpetual cycle of lazy thinking and content being served through your monitor without even stepping outside. 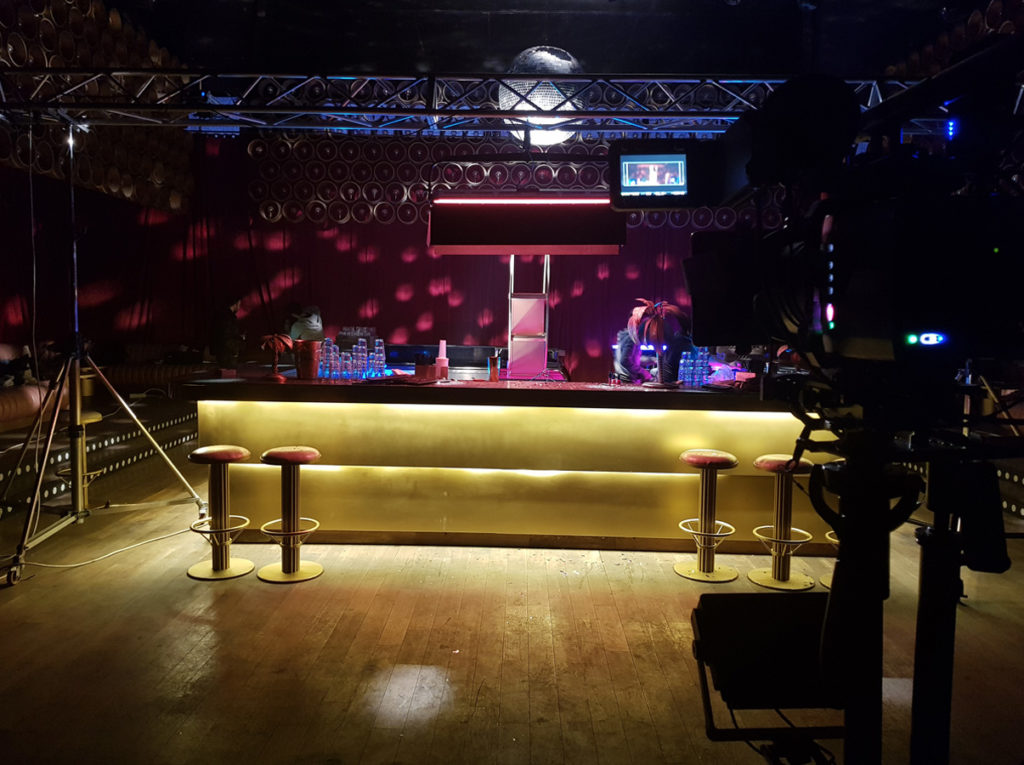 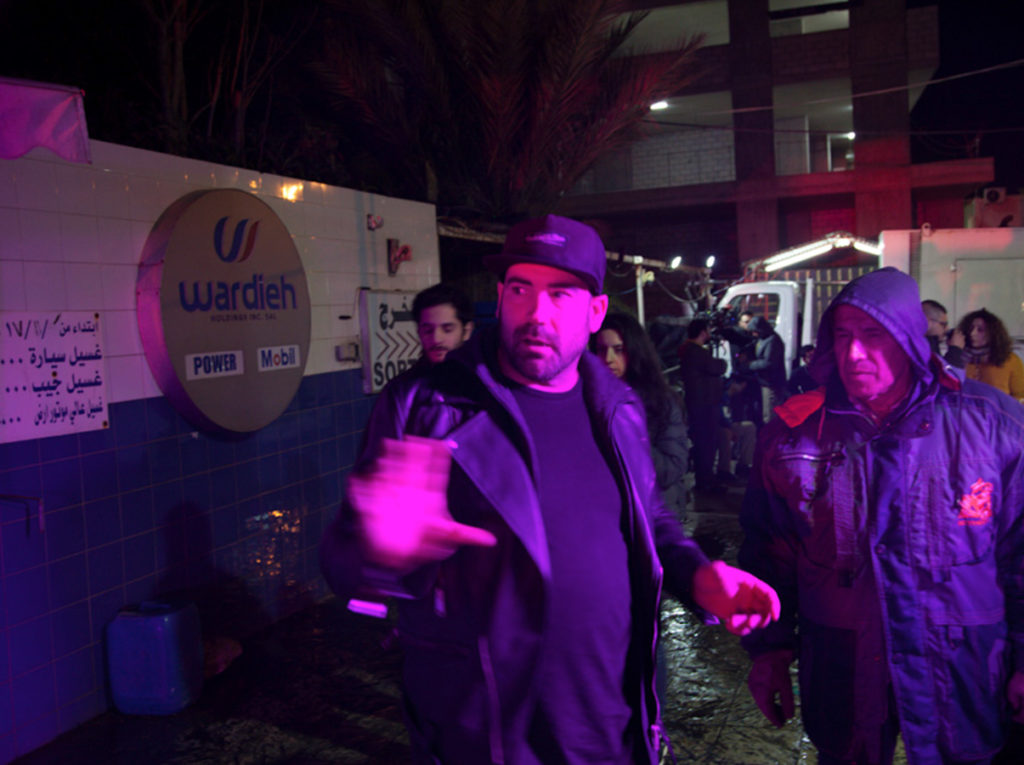 From a creative perspective were there any differences to how you approached the pre-production on this video, versus anything you shoot locally?

To an extent, all approaches to pre production usually vary from project to project, in various degrees, regardless of the country. The director’s original treatment of the clip was heavily discussed and reworked to ensure it was even possible from a logistics perspective. Having 2 days to shoot in 10 original locations across Beirut, with multiple day of nights, redresses, pre lights and open public spaces, presented a feasible challenge in the first place, without even turning on a camera.

We recce’d for 14 hours before locking in any of the key locations, ensuring access for trucks, lights and crew was even possible. With so many variables, there gets to a point where the creative choices must take a step back for the logical decisions to take place. Once the stage is set, you can re-introduce the creative with a stage to perform on so to speak.

An example of this was the decision to steadicam the majority of the clip. This came more from a scheduling perspective, than an artistic one, keeping the camera stripped back and balanced ensured faster coverage and set ups from a technical stand point.

What was the experience like on-set for this music video?

Being the only non local of a crew I would estimate exceeded 100 at times, was for lack of a better word surreal. Only a handful of crew spoke fluent English, thankfully my gaffer, art director and AC were amongst them. Surprisingly in some ways it speed up the communication process as creative conversation was almost eradicated to a more simple and direct instructional dialogue.

Thanks to (director) Leila’s very detailed visual treatment, we were able to quickly arrive on the same page with an aesthetic we both felt married the approach, both on blueprint, and on location. We both knew I simply looked at the city with fresh eyes, never even researching Lebanese cinema, and Leila was confident and determined enough to draw from this, creating not only a style and look foreign to her country, but an energy as well. This was fantastic as my opinion and input really felt valid and respected. Credit should be also given to the on-set barista, pulling the hours required to archive such an insane schedule, required a lot of strong Turkish coffee. 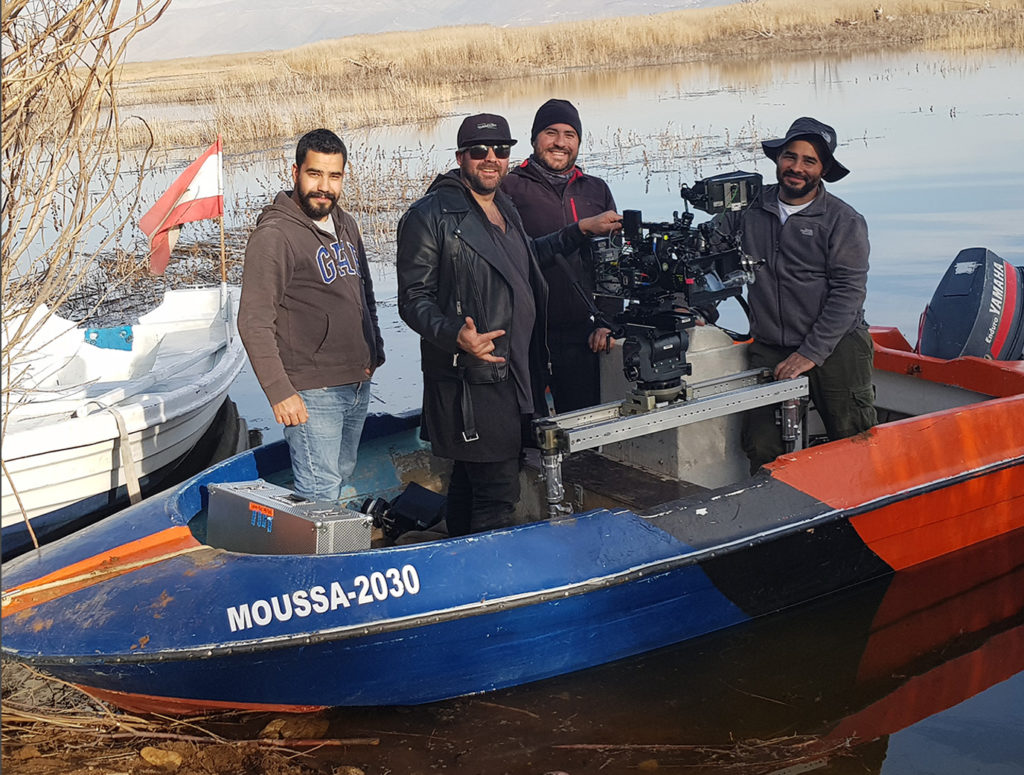 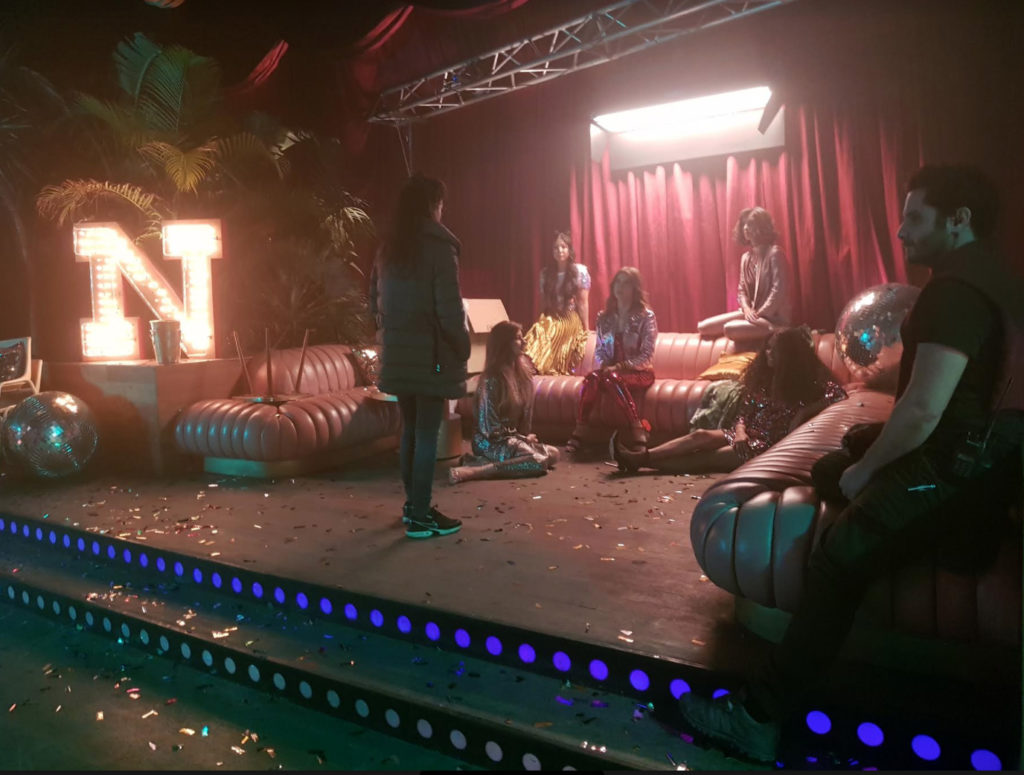 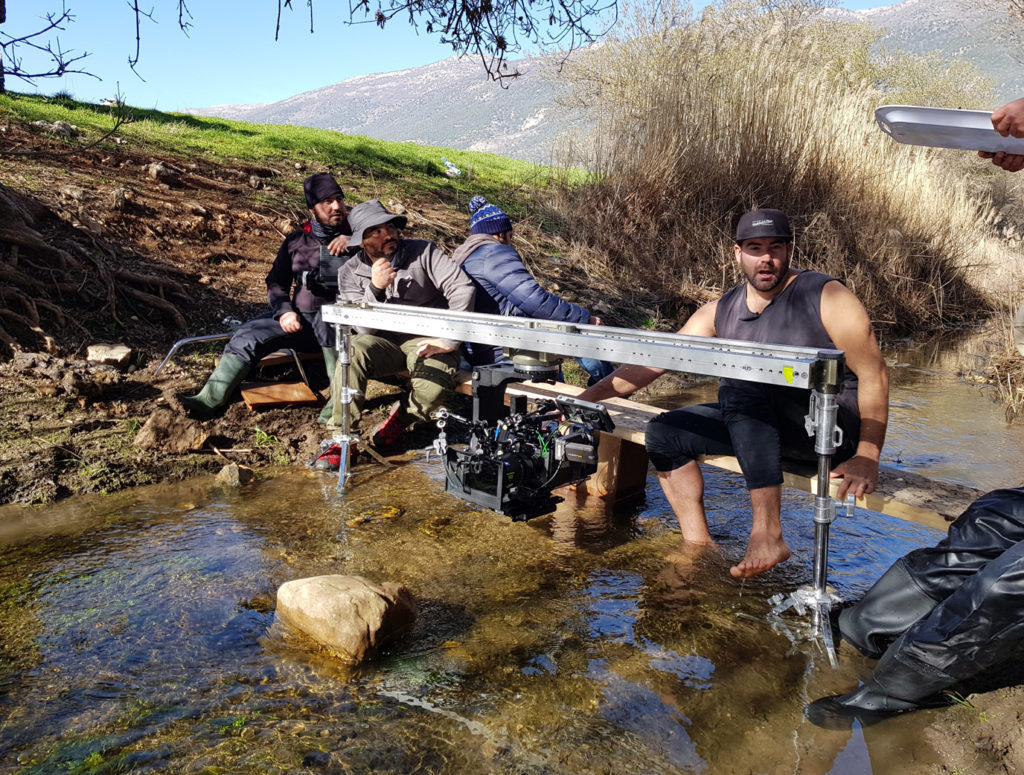 Did you learn anything major from the experience?

In order to stay up with the ambitious schedule, dividing the lighting crew up for piggy back pre lights was essential. This would not have been possible with out pre drawn lighting maps and detailed lighting plans. Although this isn’t a new experience, it definitely reinforced how crucial a solid understanding of the available equipment and decisive lighting choices were, as we did not have time to relight or change strategies on the day.

Patience to higher level would be something I learnt from this shoot. The were some challenging and at times frustrating requests on-set, which the entire crew braced for. Stepping back to take a deep breath and remind yourself that its all happening within its means, as a collaboration is a rewarding and satisfying feeling. If you cant appreciate the fact your getting paid to travel the world and work on creative projects in the process, you need to consider a career change.

You are making a fantastic career from your art. What is it about music videos that keeps you coming back for more?

First and foremost, my love of music. Period. Secondly, much of my work comes through creative channels, as much as commercial or conservative paths. I attribute a lot of this too music clips, and low budget ones at that. I have found there is often a trade off, from budget to creative freedom, and the balance can be the make or break before the clip is even shot.

With labels or larger name artists, often comes creative restrictions. This is inevitable to an extent and although not a negative, it can be hard to push the boundaries, especially when public and label image is concerned. This is where a strong director comes in. On the flip side, this is also why we see a constant pattern and fad with music clips in Australia, in my opinion stunting the growth and direction of original content from an army of amazing and creative up comers, who are always keen to unleash some fresh ideas.

Check out more of Dale’s work at : http://www.dalebremner.com