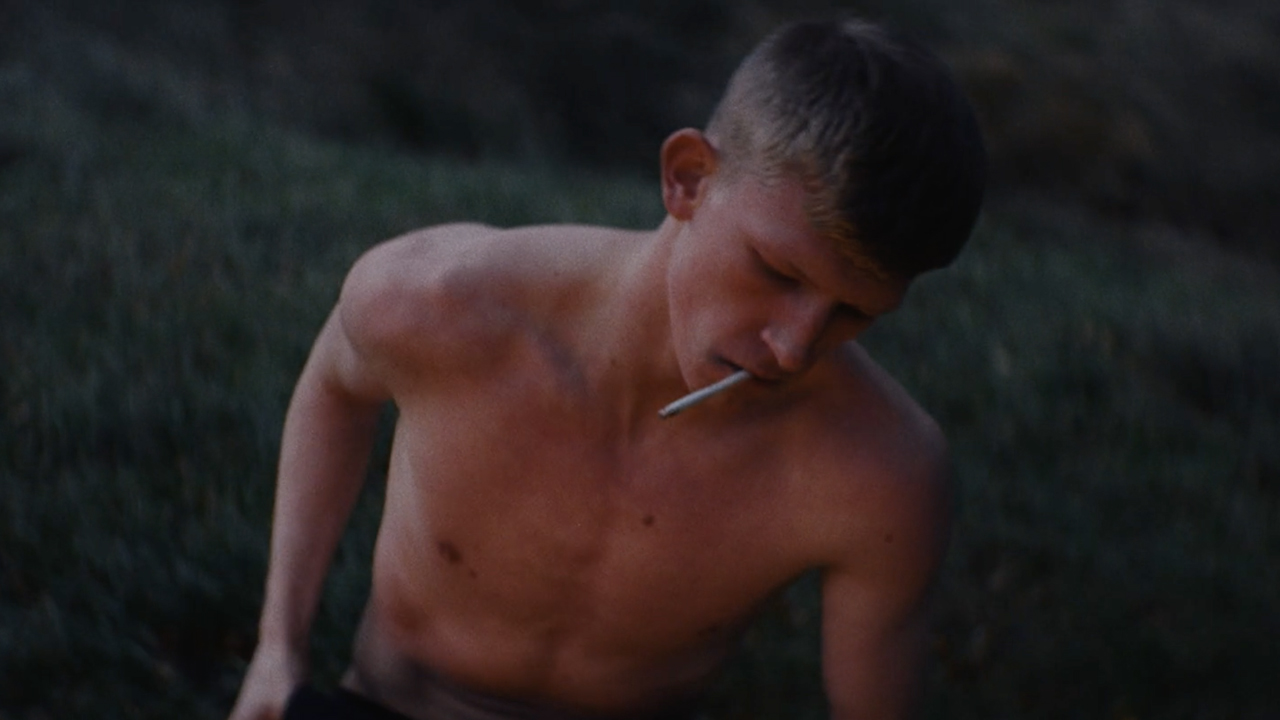 [dropcaps type=’normal’ font_size=’60’ color=’#ed145b’ background_color=” border_color=”]A[/dropcaps] song of struggle, release and rebirth, director Harvey Pearson drew on his own personal experiences to inspire his video for Gratitude by Benjamin Francis Leftwich. “Listening to the track, there is a sense of change or a realisation.” said Pearson. “For me it’s both a sad and a happy song; looking back over your past and realising something needed a change, knowing and embracing that change. It hit home for me and I think feeling this through the lyrics and also the the beautiful progression in the track sonically allowed this idea to become what it is.”

The resulting video is a stunning exploration of challenge and change. We meet the protagonist in a dark moment. Then through one unbroken shot we follow him through his resolution, taking every agonised breath with him as he comes to terms with his torment and eventually embraces a new beginning. “I decided to shoot this in a one continuous take because I really wanted the audience to experience everything as the character does. To literally be dropped into this moment with them, joining him at this turning point and almost as a fly-on-the wall, follow him through each thought and movement.” 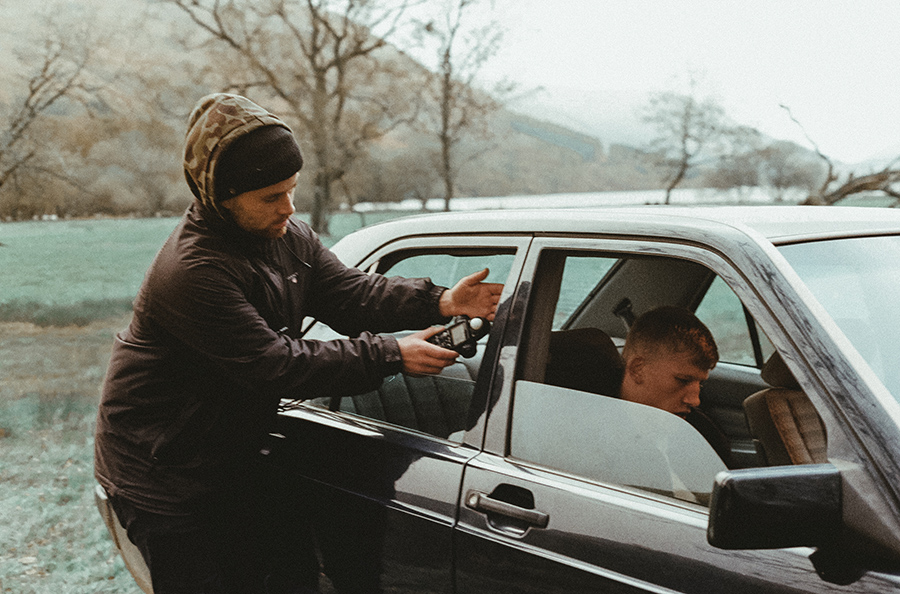 Though the outcome is one of added empathy and emotionality for the viewer, there are inherent hurdles in opting for the single take approach. “There were of course a lot of limitations for approaching this video in this way, from the fire, to the weather, the freezing cold lake, there were a lot of factors that could go wrong, however I had a passionate and solid team to help pull this off.” Pearson continued, “Throughout the day we set up the scene, with the placement of the car to the fire and the lake etc. I spent time with Connor Newall, our actor, getting him into the space where this character would be in this moment, giving him brief pointers and steps of the narrative. We didn’t want this to feel choreographed so we did a couple of run throughs to get the overall movement of the action but no specifics. I wanted to get the most natural and intimate performance from Connor and also from the movement of the camera.”

Pearson utilised the thematic resonance of the two most volatile of the four traditional elements, fire and water. Both necessary in the destruction and creation processes of the natural world. “The two key moments of the video involve the burning of all his possessions and the slow submersion in the lake. In my mind, his clothes and his possessions, such as his watch represent his past time and regrets, burning them and watching them disintegrate.” This moment is one of the most interesting of the video. We begin to see the fire coming to life as Leftwich sings of accepting his fate and seeing the way forward. We experience this moment of decision with the hero as he hovers over the fire, his belongings burn and the path materialises before him. He receives the boon from the fire and we physically see it illuminate him. The hero then makes his way to the lake to complete his transformation. “The lake then acts as a symbolic cleanse, washing everything away and starting again.” 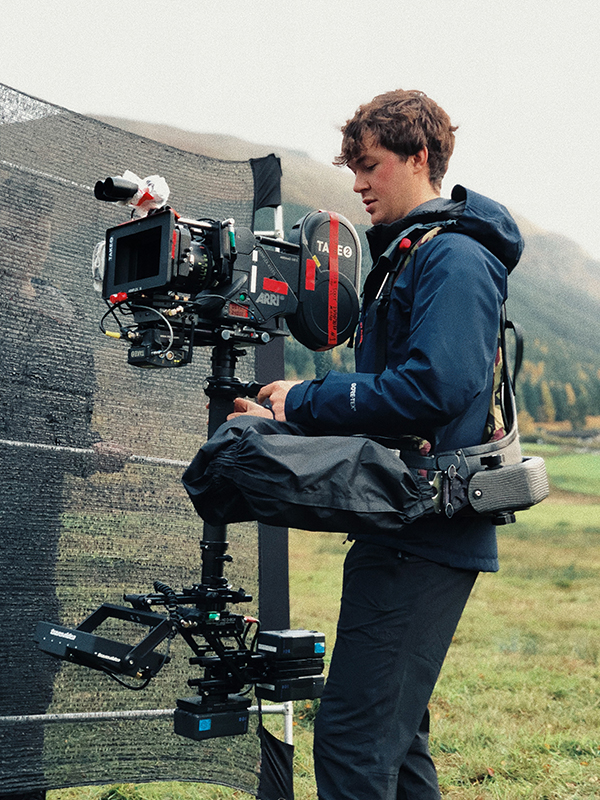 The lake in question is Loch Doine, a picturesque location in southern Scotland, north-west of Glasgow. Pearson and his team put a lot of time into finding the perfect location. “My main thought was to keep it other-worldly, and to make it feel like this character was truly alone. I have to thank my producer Daisy Costello here, when we went to recce for locations, the location we used was the top of her list – she knows Scotland well. When we arrived, quite literally in the middle of nowhere, looking out across the lake and no sign of human life across the vista, I just instantly knew it was right.” Intentionally timing the shoot to occur right on the cusp of twilight sees this quaint location take on a particularly grissly, isolated and somber aspect. The protagonist is buffeted by relentless highland winds, compounding his struggle as even the weather itself appears to have turned on him.

Having previously worked with DOP Hunter Daly on videos for UK producer SG Lewis in which they explored shooting on film over digital, Pearson was eager to involve Daly again when returning to the medium. “With the SG Lewis videos, I fell in love with shooting 16mm. Before that I’d shot a lot of stills on film but never anything on motion picture film. At the time, I got in contact with Hunter as his work with shooting on film had always stood out for me. For the SG Lewis trilogy we decided to shoot it on 16mm to achieve a gritty yet dreamy feel – which for that narrative worked perfectly. For this video, I knew it was always going to have to be on film, there is just something so intimate and real that you can’t recreate with digital.” Pearson detailed the motives behind shooting on 35mm this time around. “The depth of field and richer tones of the larger negative really brought you close and personal in the more intimate moments with the character and then when we open to the expanse of the vista, the anamorphic (Hawk V-Lite Anamorphic lens) really gives the intense scale we needed.”

This expert matching of concept and execution results in a stirring video replete with grief, sentiment and ultimately catharsis.

Here is the official video for “Gratitude”