FEATURE: Bruise Pristine – The Way It Is (Dir. Olivia Costa)

Urged on by the flanged-out and fuzz-laden guitars of Bruise Pristine, Costa found familiar ground to traverse when bringing the video concept together, saying “I’ve been obsessed with the image of an empty swimming pool for a while, I also used to dance (badly) when I was younger, and haven’t quite let that go. So I combined the two and the concept just developed once I heard the song. My work tends to sit in a space of slight absurdity so I think it all just came together and worked for this video.” 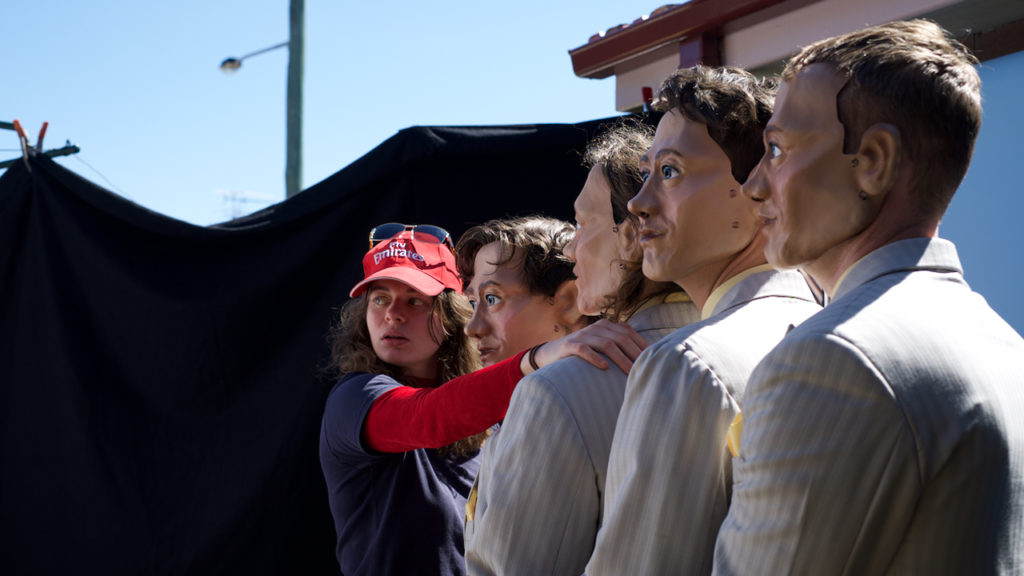 Bruise Pristine – ‘The Way It Is’  (BTS Photo by Genevieve Kaiser)

The video combines the performance of the band with shots of five of the jankiest masked dudes since Primus’s ‘Wynona’s Big Brown Beaver’ performing unsettling dances and mundane activities, all with this subtle stillness that really fuels the overall disconcerting tone of the video.

Costa made use of some classic techniques in executing the desired surrealist feel. Predominantly static shots, paired with the almost-daunting nature of the empty-swimming pool location, allow the dancer’s often slow-motion movements to draw the viewers focus. “Geometry is very important in this as it accentuated the creepy, almost-perfectness of the men. All elements of production worked toward this geometric feel: my amazing DOP Zeke Collins translated this through his cinematography, as did the talented Ella Butler who did costume which focused on clean tailoring. The whip-pans added to the geometry and the edit by Gen Kaiser focused on clean, fast cuts.” 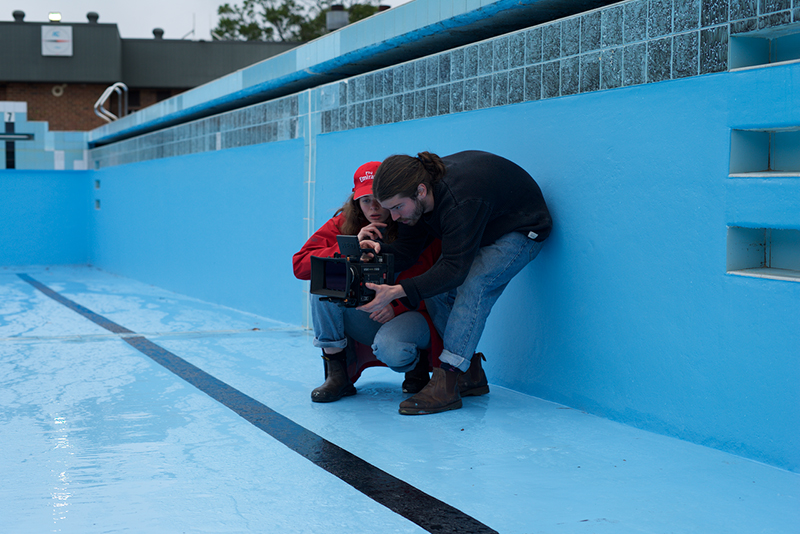 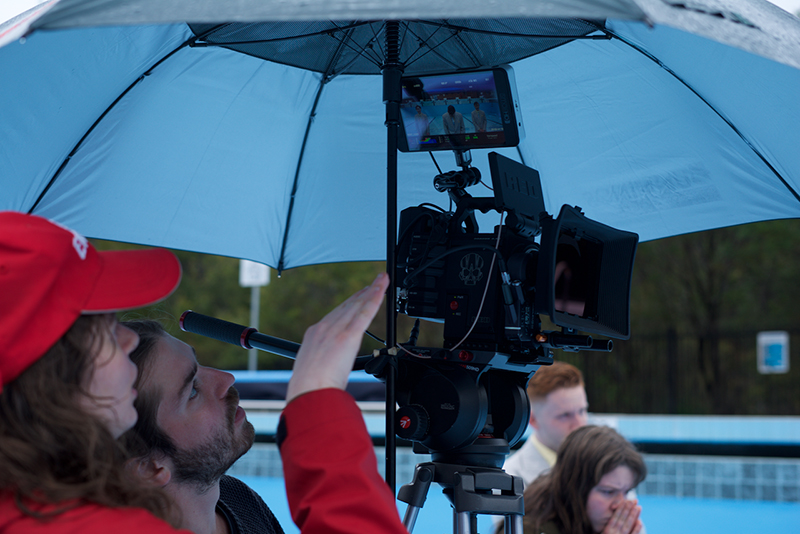 Bruise Pristine – ‘The Way It Is’  (BTS Photos by Genevieve Kaiser)

The dreamlike feel of the video is also aided by the use of blues in the colour palette. From the pool surface, to the dancer’s ties, even right down to Bruise Pristine guitarist/vocalist Kate Olivia’s lips. On the use of blue, Costa said, “There are so many types of blue, and it has such a range and scope for holding emotion. I always flick through Bluets by Maggie Nelson and had been thinking about it a lot while we were in pre – so maybe there was some subliminal influence there. I enjoyed playing with the feeling of light blue, that it is usually soothing and pure, and offsetting that with the unsettling absurdity of suited men in masks.”

And the masks. Oh god, the masks. “We had them custom made by props specialist Indigo Redding. She hand cast, sculpted and painted them, and did the most amazing job in the realisation of the masks, which turned out exactly how I wanted them. The masks are obviously visually striking, but also serve as an effective way to provoke strong performances. None of the cast are dancers, however once they had the masks on their dancing really improved, probably because we removed any insecurity of them being identifiable as themselves.” 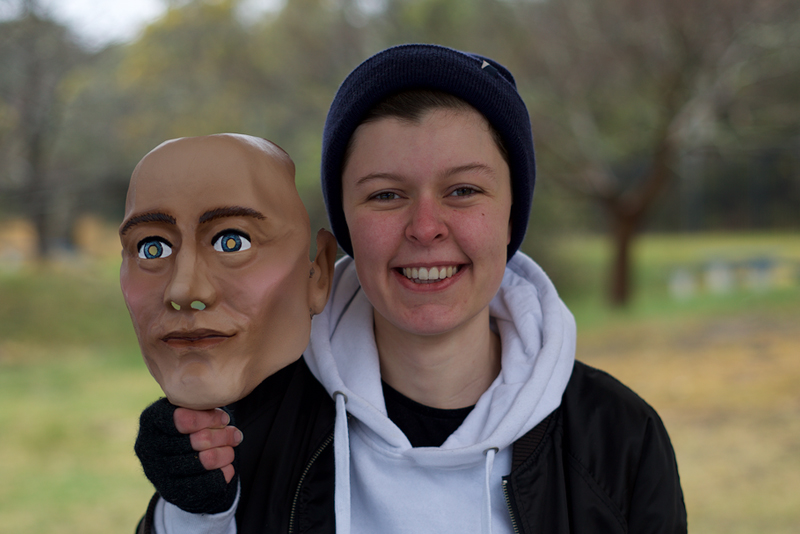 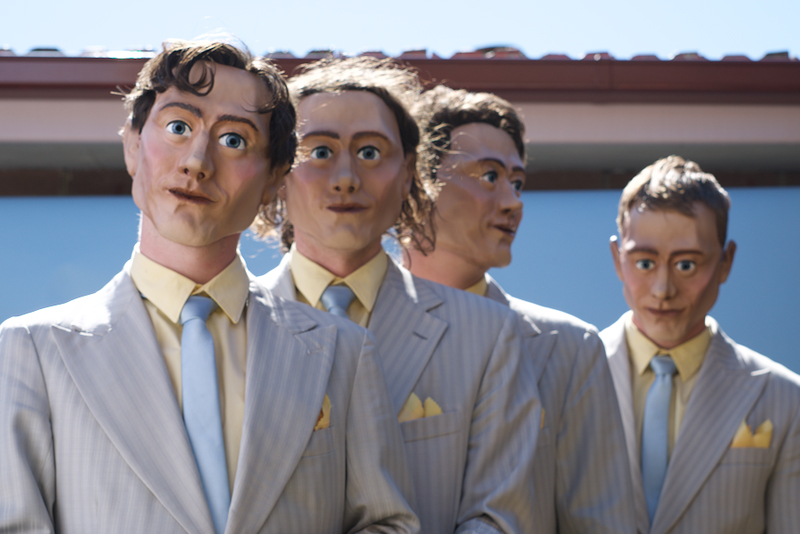 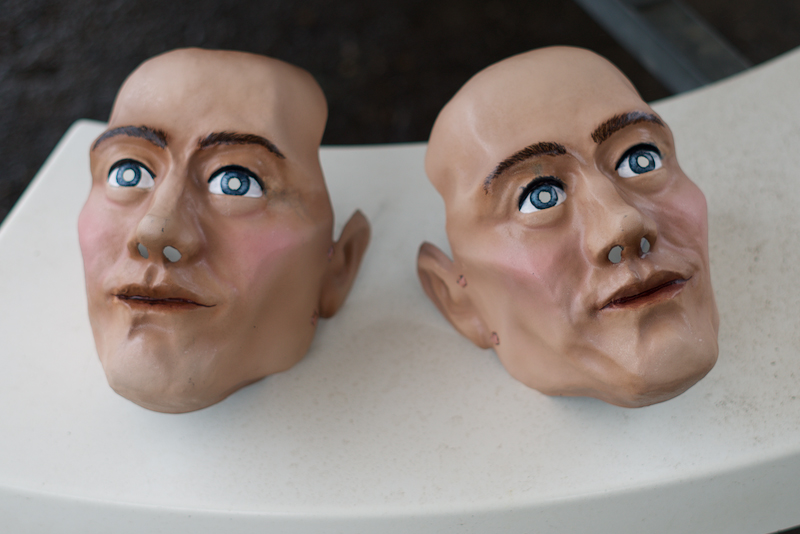 Bruise Pristine – ‘The Way It Is’  (BTS Photos by Genevieve Kaiser)

It’s the subtlety and deft-hand with which Costa approaches the surrealist nature of this video that is it’s greatest asset. A more hamfisted approach would most likely have resulted in something cheesy, contrived and ultimately unrewarding, but the way Costa drip-feeds the absurdity to the viewer allows the video to really settle in and let the unnerving eeriness seep in.

Here is the official video for “The Way It Is”