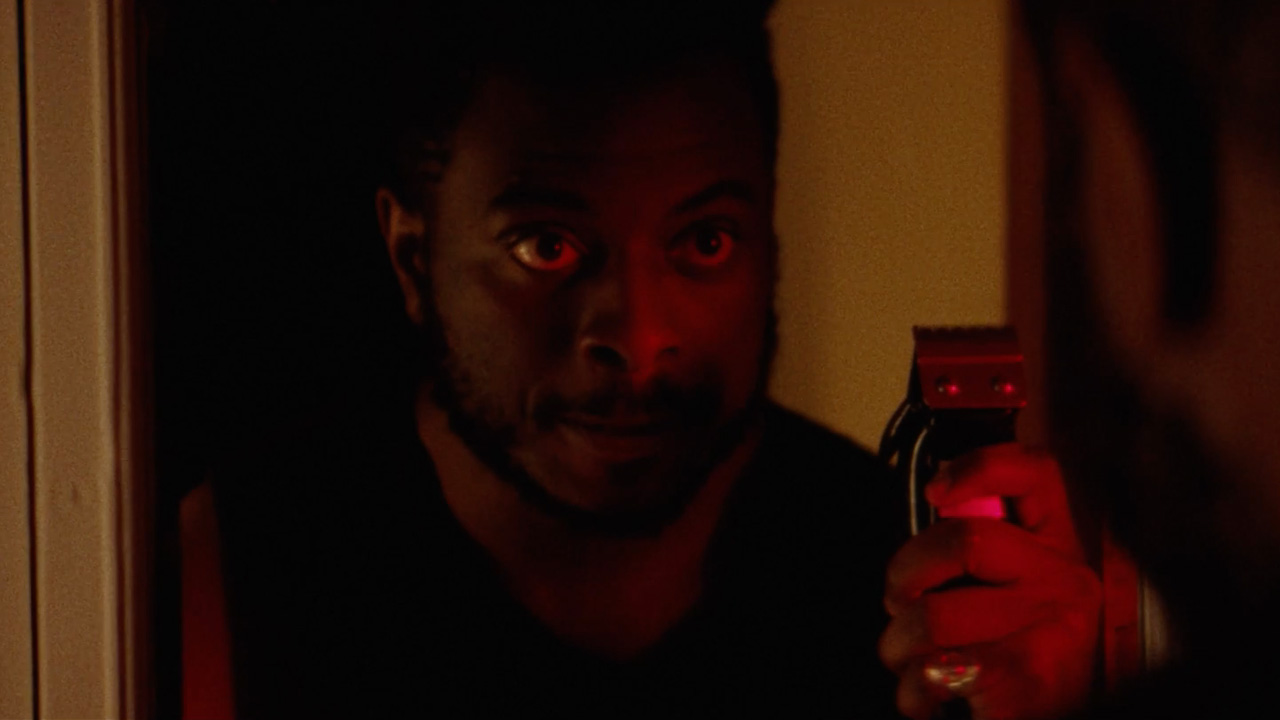 It’s the feeling of being watched, but unsure why. Like you’ve done wrong, are somehow guilty – but not for committing some sort of heinous act, but just for merely being you. It is this feeling of tense persecution that musician IJale and director Thomas Pike put to screen in their music video: “Don’t Run”. The clip follows its protagonist (played by IJALE/Jerry Agbinya) on the run, fleeing in a manic paranoiac frenzy reminiscent of anxiety-drenched films such as those of the Safdie brothers. The clip is an excellent aesthetic exploration linked together by a loose but symbolically rich narrative that draws on themes of othering, identity, persecution, conspiracy and micro-aggression. Director Thomas Pike comments on the writing process behind the clip:

“In the original pitch I wrote about how within films where the central characters are on the run, a common scene is the moment where they alter their appearance, but that this is (as far as I can tell) a sequence entirely reserved for white people. While I’m sure there are such examples, I personally can’t think of a film where another race is afforded disguise and anonymity in a similar way… That idea wasn’t wasn’t much to start with but from there Jerry talked to me a lot about microaggressions (a theme common in a lot of his music) and we realised that the difficulty in not knowing whether those aggressions are intentional or not and subsequently whether to act on what you are seeing or not is a feeling perfectly suited to a psychological thriller. So we made that the main tension in the story, that feeling of not knowing who’s looking at you funny because of what you did or simply because of who you are.” 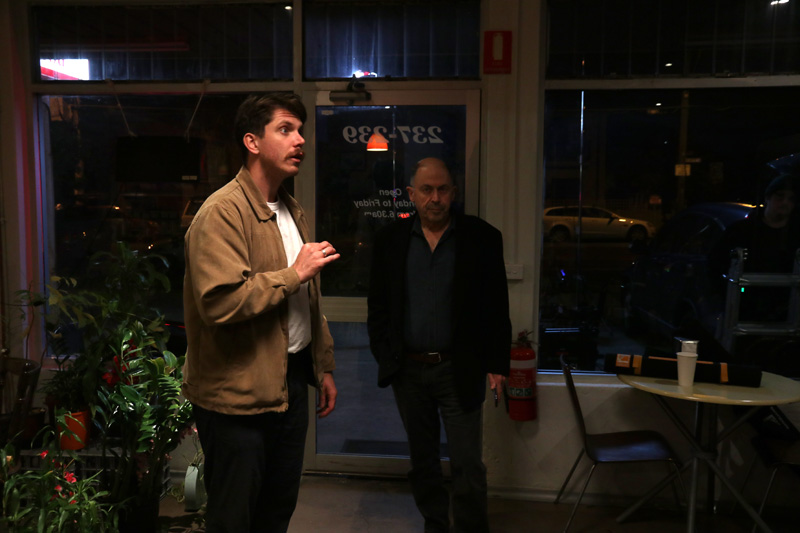 Thematically, the video is heavily inspired by sociological theorist W. E. B. Du Bois’ theory of ‘double consciousness’: The position inherited by minority groups when perceived through the worldview of a racialised, oppressive, colonial environment. The clip exemplifies this theory by featuring white secondary characters who repeat the lyrics of the track back to the protagonist, suggesting that the paranoiac ‘inward world’ of IJALE/Jerry is one explicitly constructed by the oppressive relationship between him and the interpolating gaze of the society he exists in. Cinematographically, the clip excels: It is shot in a way that captures those tense up-close moments where you can almost feel the panicked breathing of the protagonist as they desperately try to make their way through the night. The camera work thrives in its’ juicy noir-reminiscent low-light settings, perfectly captured by the ARRI Alexa Mini paired with a combo of beautifully cinematic anamorphic lenses: an 85mm, 100mm, 135mm and the occasional 55mm: A collection of vintage Canon FD primes and Kowa anamorphic adaptors that cinematographer Joel Famularo affectionately call his “Kowa FD’s”. Famularo comments on the process gone into achieving the clips’ look:

“Aesthetically, the director Tom and I had been watching a lot of Safdi Brother’s films, whose unique style definitely acted as a touch stone in regards to creating the visual language for the piece. Their films often utilise very long focals, with lots of close ups, which tend to engender in the audience a claustrophobic feeling of anxiety and alienation. It felt like we were with Jerry the whole time, but never too close and I think this worked for the song and the story we were telling. Colour-wise we utilised the colour red throughout the piece to convey a constant sense of threat and imbue the piece with a sense of cohesion.” 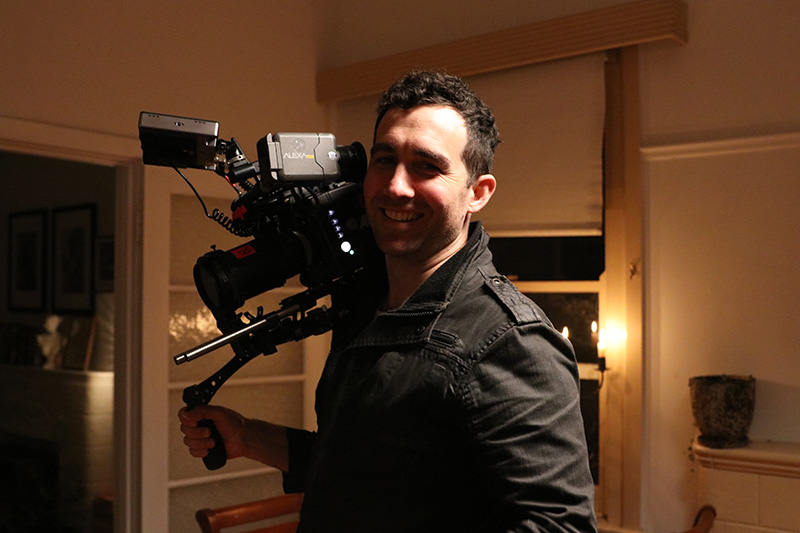 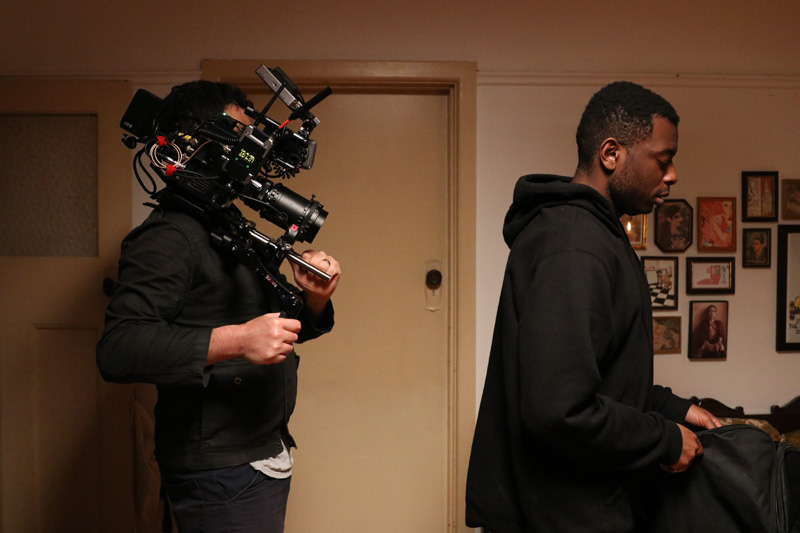 Pike and Famularo detail the extensive four-month pre-production process of the clip, which involved meticulously pre-visualising every shot, scouting striking locations, as well as overcoming the restrictions with Australia’s lockdowns, a recurring motif in recent music video production. The clip was shot in a variety of locations, each of which appears visually striking, while never seeming to distract from the clip’s narrative. Pike suggests this may be due to the fact the team did little set-dressing, moving a few things here and there but ultimately relying on how the locations appeared as they found them. Famularo gives his own insight into the production process:

“Tom and I spent months getting this right and we had to do it dodging lockdowns left and right. But I will say, getting the locations right and the pre production in general, helped ensure this was the smoothest and least chaotic shot I’d ever worked on. We got everything we wanted and pretty much everything ran on time (which is not always the norm). Tom and I did use the extended prep time due to lockdowns to nail down as many details as possible and locations were definitely very high on our priority list. In regards to why, it’s simply because locations really matter when trying to tell an immersive story and they can convey so much to the subconscious, even given the fact we shot on such long lenses where the locations were largely seen as blurred background in our mostly tight shots.” 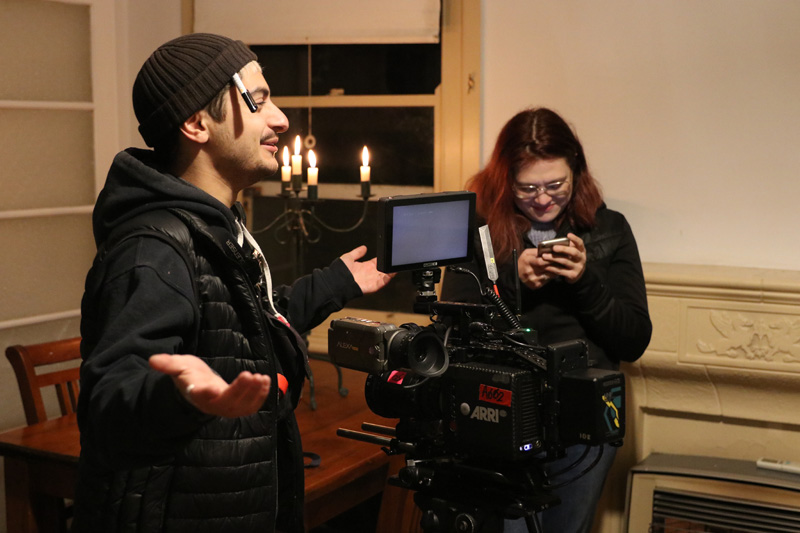 Interestingly, one of the most difficult shooting challenges the team had to face was the driving sequence, wherein IJALE/Jerry is driving through the night, nervously glancing at neighboring drivers on the road. The way this shot was achieved was quite ingenious, and it would be best to let Pike himself explain:

“The one thing I’m pretty proud of in how we pulled this off is some of the driving sequences. We used my 7 seater Honda Odyssey (Great car!). I mentioned the 7 seats at it meant we were able to put the camera in the front scene, put Jerry in the middle row, and because there is a third row of seats, we were able to make it look like he was driving. I remember a few people being skeptical, but once camera was up, and we’d framed out his hands, it looked legit. It was actually a life saver, meant we could have someone else drive, and Jerry could really focus on his performance.” 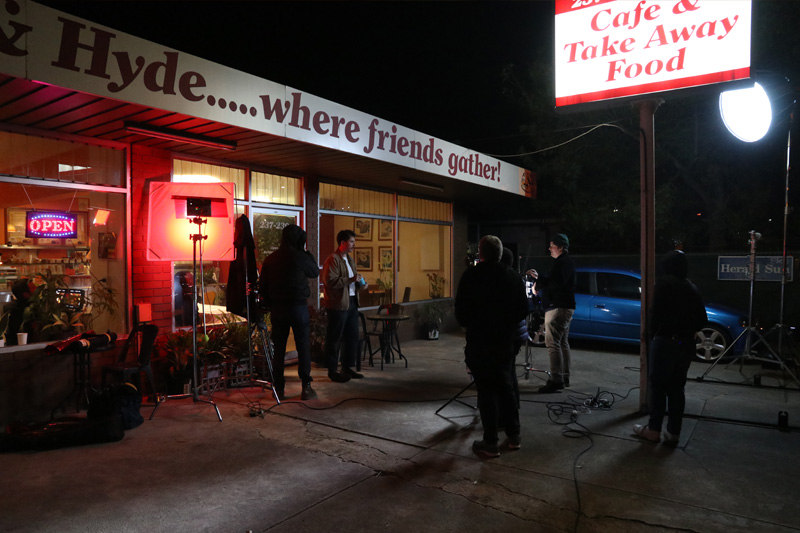 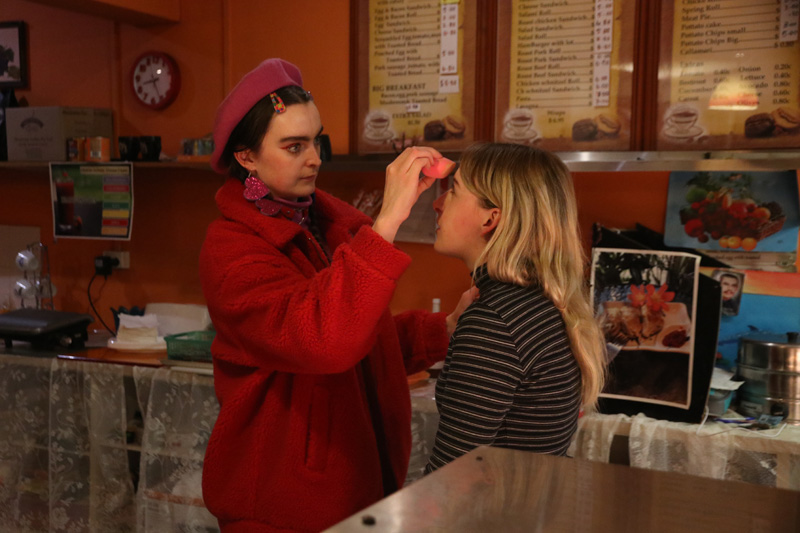 IJALE delivers an excellent performance, only made more impressive by the fact it is entirely non-verbal, depending on facial expression and body movements to convey multiple subtle changes in mood as he weaves in and out of store-fronts and neon lit closed down street shops. Thomas speaks to his relationship with Agbinya, specifically in regards to the directing process that contributed to his fantastic performance:

“As for Jerry he was just great. Like really really good. There were a few moments where I was prescriptive in my direction, but they were always for technical reasons. As for getting in on the money emotionally, I just had to remind him of where we were at in the story what might be going through his mind at the time and he could find what was right for the scene really easily… Jerry and I were already pretty well acquainted before this project. We’d hung out a few times and talked about a few projects that lockdown stopped from happening. But as it is with any production you become really comfortable with the people in the cast and crew really quickly. You have to, you are in a high pressure situation, having fun, eating together, being creative together, you learn a lot about other people. Maybe I’m not very perceptive, but other than knowing each other a lot better our relationship hasn’t changed all that much. So like I always did, I think the guy’s a legend, a mega talent, super hard worker and someone I have a lot of respect for.” 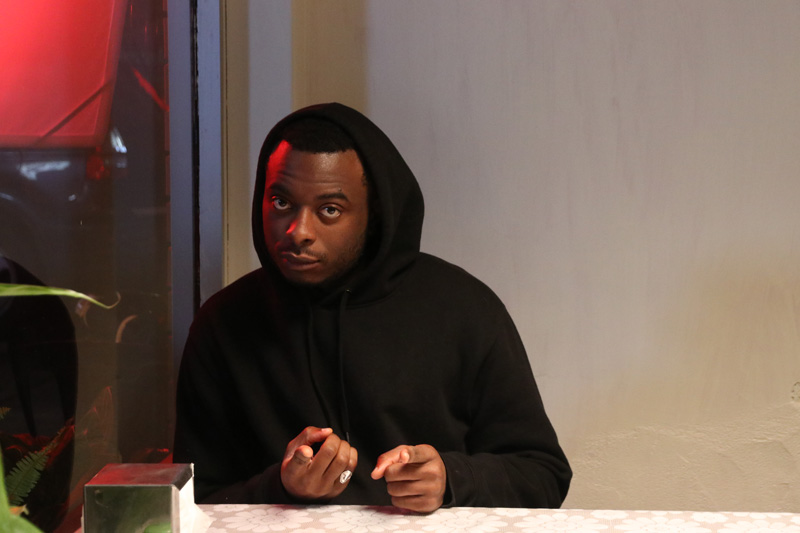 With another Thomas Pike and IJALE collaboration on the cards, we look forward to seeing what appears next from them. But in the meantime, you can check out DON’T RUN below.

Here is the official video for “DON’T RUN“