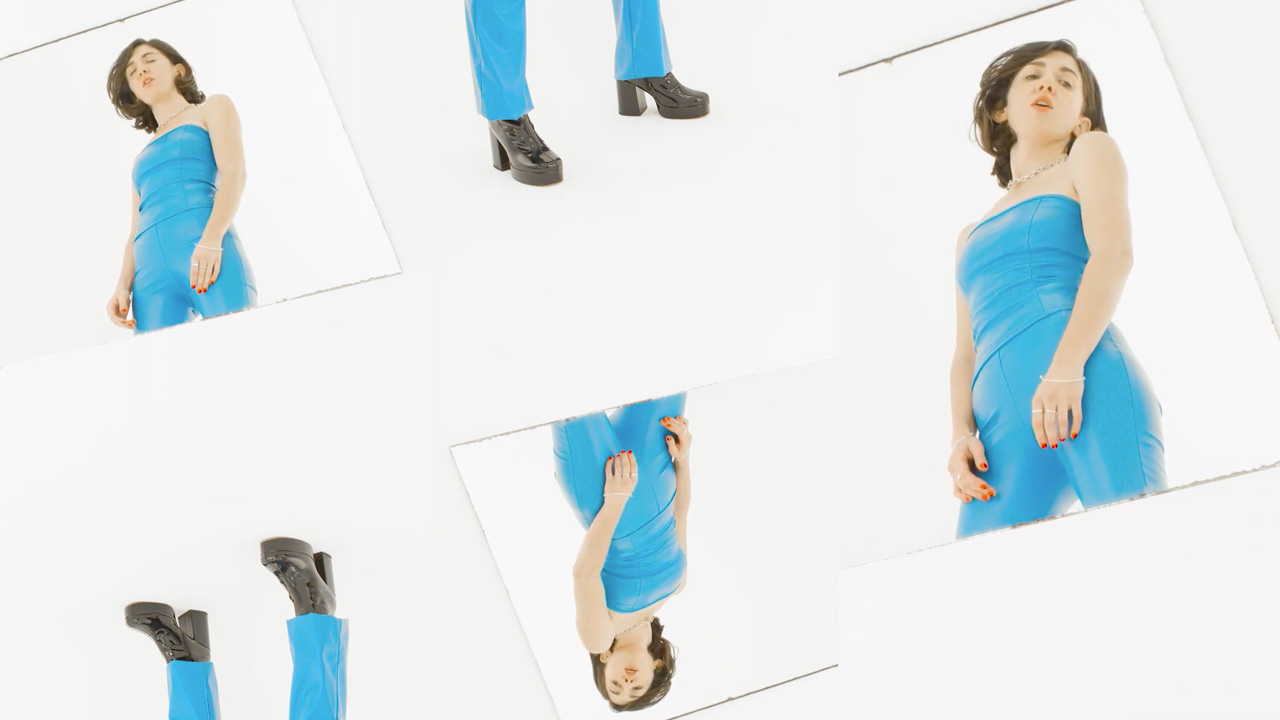 Whether you are checking out four-piece alt-rock band Moreton on Instagram, Facebook, or Spotify, you will always see the same bio line: it’s Spanish for bruise. It’s a clever nod to the band’s name, which seems to embody the themes of much of their work. Like a bruise, their songs are tender, sensitive, and a little painful. It’s a delicate blend which takes on a physical form in the music video for their latest single, Glass. Directed by Moreton’s own Georgia Saint James, together with her long-time collaborator Mia Forrest, the video presents a collage of intersecting motifs, exploring the pain of heartbreak and the sudden rupture of identity that often follows. Georgia elaborates on the intention of these motifs:

“The motifs are in my life and already threaded through much of my work for Moreton. The strongest of course being flowers. I’m also a florist, a profession born from my lifelong fascination with flowers and their wonderment. I must have them near me as often as possible, they’re part of my discipline. Then hands, circular frames and mirrors appearing like portals reflected, like my recurring dreams. We drove these motifs strongly for Glass which examines the sticky separation of a bond, the pensive wondering of, “What was, what now and what next?” 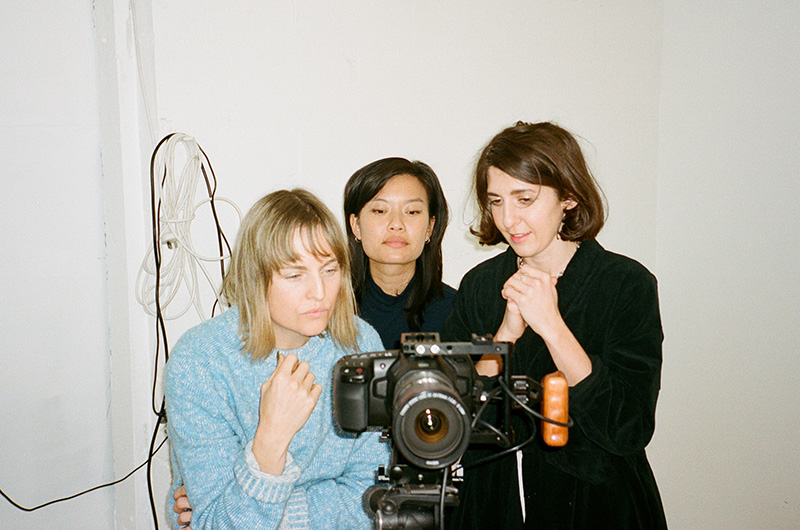 This question is posed almost immediately, as the video opens with the brutal destruction of a flower filled vase. This symbol of beauty is destroyed within seconds of the video’s opening, so you can’t help but ask, what next? There is an inevitable discomfort in viewing something fragile destroyed so violently, so unexpectedly. Yet, there is also a softness in this moment, thanks to a delicate blend of warm tones and slow motion asking us to question the gesture again; is it really about destruction? It’s a powerful metaphor for heartbreak. The initial blow is harsh and painful, but it leaves you with new pieces of yourself that you learn to grow into.

“Since the lyrics are an analogy between glass and the state of the mind – heavy, strong, fragile, clear – I wanted the visual motifs, which as mentioned above very much represent me, to be either breaking or breakable. To symbolise the breaking of a bond between two people, the rupturing of identity and reluctant separation. Smashing a beautiful vase of flowers felt like the simplest way to carry all the emotions across into an image.” 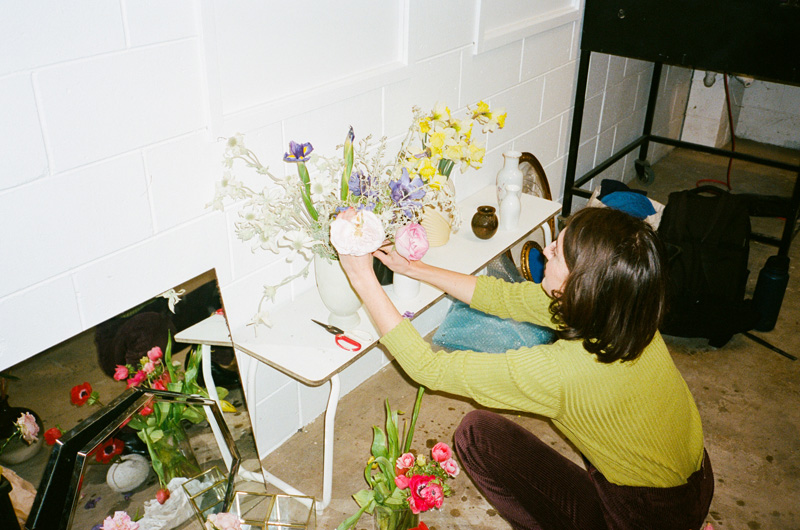 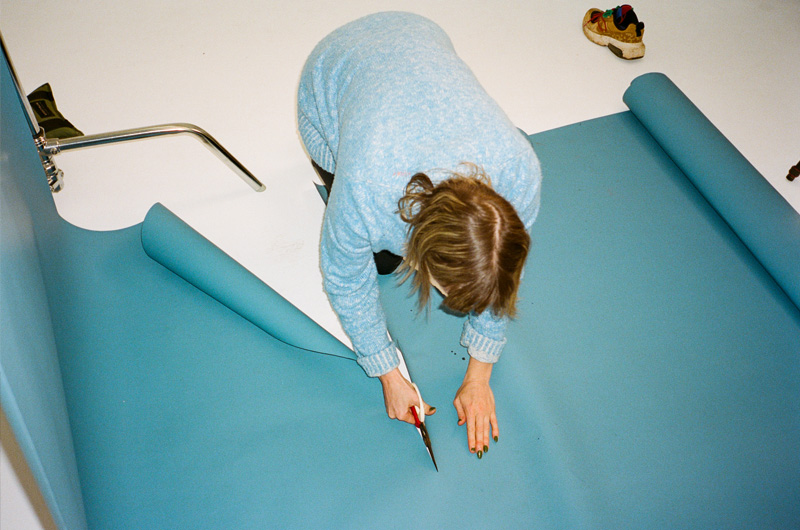 “The mirrors appear in both the studio and outdoor locations; they aim to function as portals, threading the locations together. I envision the mirrors as an anchor of Georgia’s thoughts – a reflection of self, carrying her throughout the song and locations.” 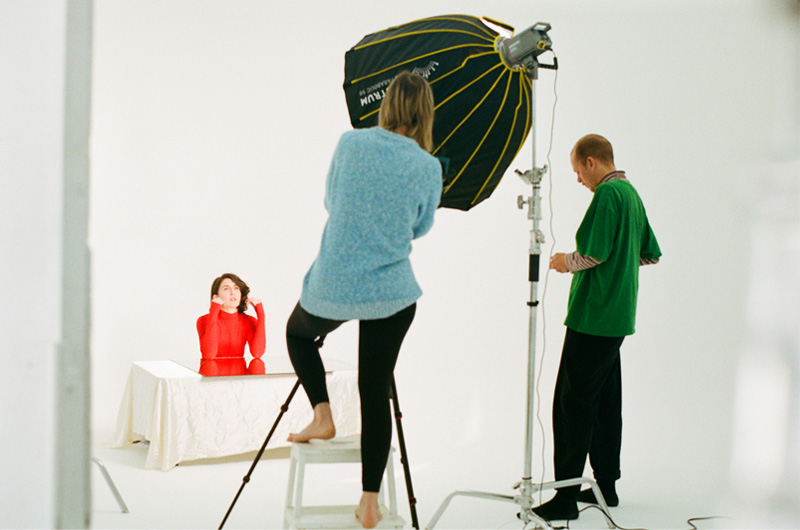 The edit brings forth these ideas in the form of a moving collage. The use of spit screen editing ruptures the video on a structural level, further emphasising the fragmentation of identity. We see Georgia’s performance overlayed with another, at times in sync, yet more often, in battle for our attention. It’s a clever device that visualises the challenges of piecing together one’s identity after heartbreak. Though, within the closing bars of the song, we see the two Georgia’s in sync, followed by the glint of the ocean. It’s the edit’s final sigh of relief, as Georgia finds peace in her journey of self-exploration. She elaborates:

“By abstracting across two or more images, you can acknowledge the lyrics’ themes, the musical rhythms and/or the performer simultaneously. A kind of collage, which is again akin to my actual discipline of songwriting, journaling, collecting images and descriptions as inspiration together. I’m not interested in anything too linear at present.” 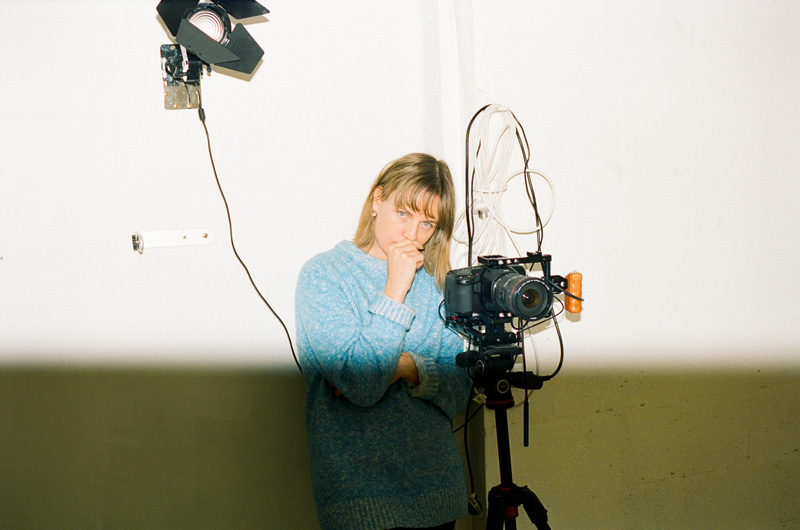 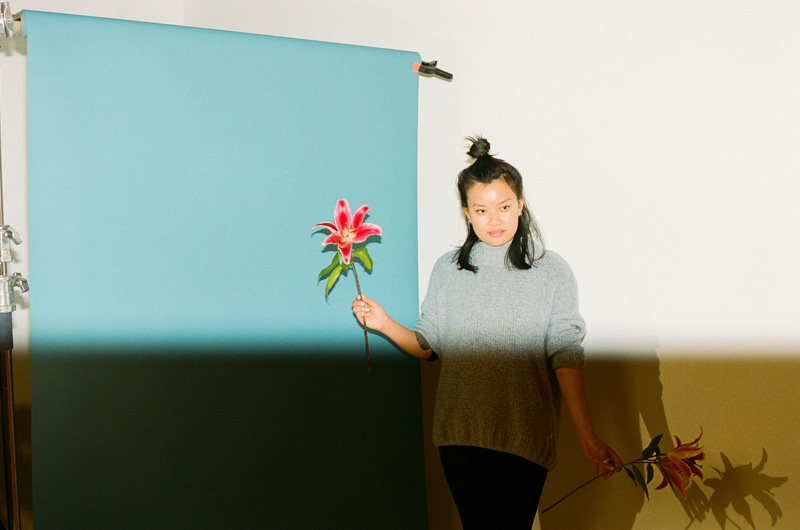 The clip shares the soft, lo-fi aesthetic of Moreton’s previous videos. The combination of footage from a JVC camcorder and a Blackmagic Pocket Cinema camera serves as another element of contrast amidst a pool of techniques. The differing aesthetics of the two cameras build upon the collaging effect of the edit, as we drift between sharp high-definition footage and low-resolution “dad cam”, as Mia puts it.

“We have previously worked on 16mm and JVC (or as we like to call it, “dad cam”). In particular, the benefits of JVC are twofold; it calls back to the ‘90s era of music video and editing collages and given its association with ‘home video’ elevates this sense of connection, tapping into aspects of nostalgia for the audience. We also used the new BMCC6KPRO in the studio, and the studio had a giant overhead soft light bank, so that was ultra-helpful in achieving the flat even light in-studio.”” 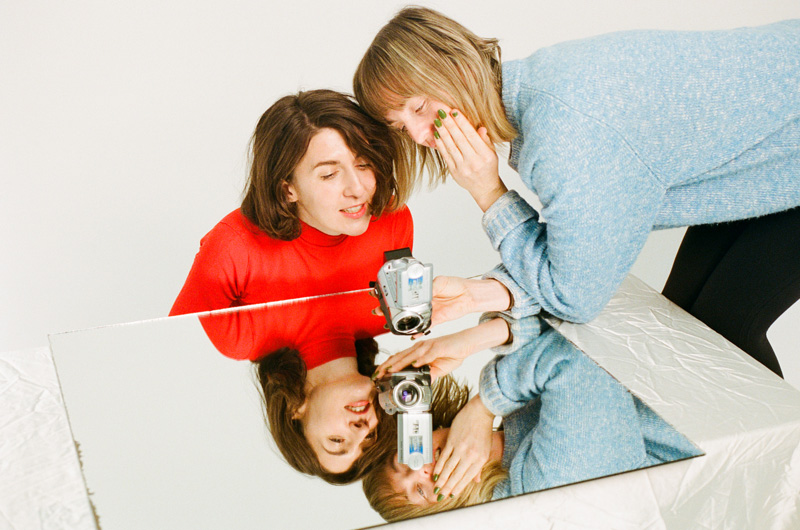 A melding of visual motifs and delicate imagery perfectly complements the ruminative sounds of Moreton, a band that truly succeeds in capturing the dichotomy of human emotion. Glass is the fourth music video that Georgia and Mia have collaborated on, and a clear demonstration of the strength of their partnership. As their artistic relationship continues to grow, we can only hope to see more transportive worlds of beauty, colour, and of course, flowers.

Here is the official video for “Glass“