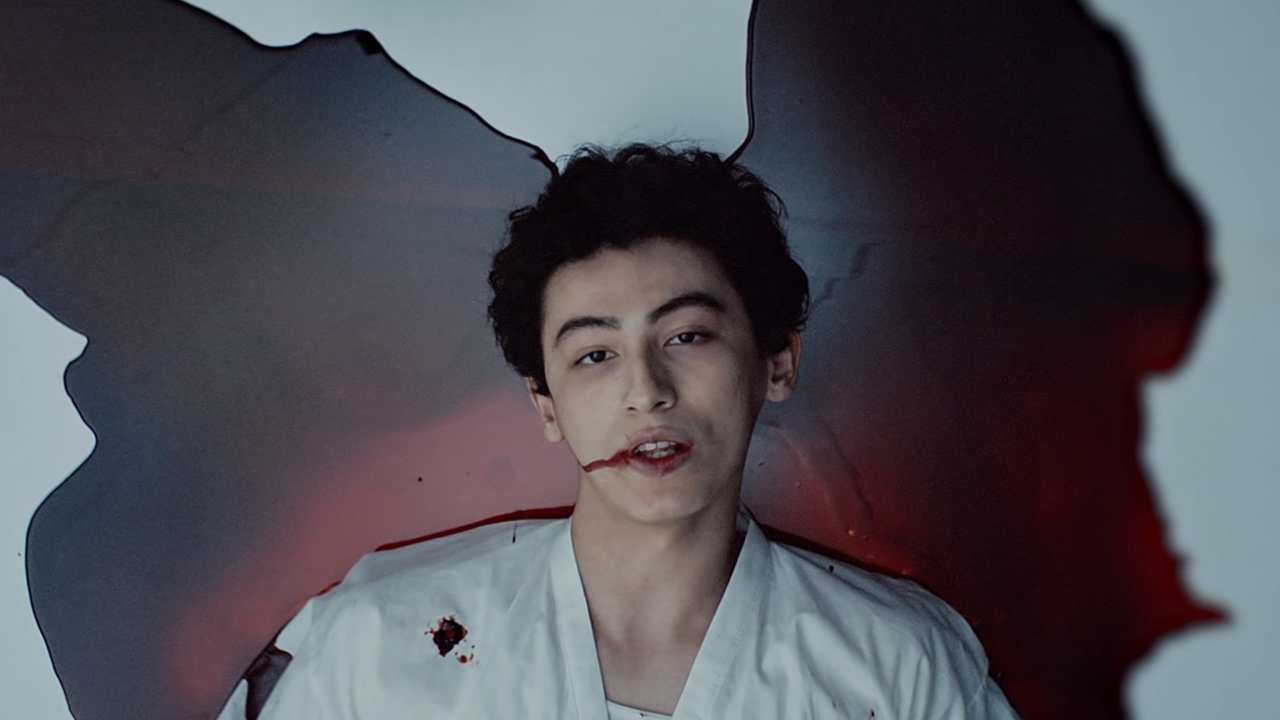 If you’ve ever opened TikTok you’ve probably heard the strangely alluring dance track ‘Cradles’ by Sub Urban. It gained monstrous attention and meme status on the platform as millions shared their own dance moves riffing off of the nightmarish and surreal clip directed by Andrew Donoho.

The clip unfolds with theatrical gravitas, starting in a room on fire before leading us through a series of abstract dream-like scenes with a finely tuned rhythm that makes it hard to look away. Although many music videos are ‘found in the edit’, Donoho had a specific vision in mind and leant into pre-production to make sure he could pull it off. “I’m a big fan of storyboarding, especially for pieces that need precise timing and visual effects. ‘Cradles’ is one of the few videos where I wanted to fully design the pace and edit, shot by shot, before we filmed. The video needed a frenzied, manic pace motivated by every musical nuance. This wasn’t the right video to “find in the edit”. We came very close to nailing it, frame for frame, with what we planned.”

There’s an immersive all-consuming vibe to the whole clip that comes through both in the effects-laden visual style and textural animation, and in the captivating performance of Sub Urban himself. The end result feels like a blurry dream you’ve already had and that’s quite intentional. “We played with perceived reality, dreams, hallucinations, and metaphors from the earliest version of the concept. The creatures and animation were an essential part of the concept, even at the beginning. That said, the animation was planned to be much more minimal.”

“Diego at Basa studios and Kevin Eskew created the 2D assets, and once we saw how wonderfully they fit with song… We decided to keep pushing. We added layer upon layer of flourishes until the edit and animation created a perfect rhythmic marriage. Danny (Sub Urban) was really great in that whenever we saw an opportunity to make the video better, especially for things I couldn’t do myself, he would pay out of pocket and extend the deadline to keep moving forward. I love working with collaborators that don’t stop until you’ve created exactly what you want.”

The artist clearly enjoys playing the role of his own tormentor in the clip and gave it his all. On their collaboration, Donoho sums it up perfectly: “Working with an artist is a bit like dating. Some shoots feel like one-off blind dates, and sometimes you talk for months before meeting. This was thankfully the latter: I reached out to Danny on Instagram the day ‘Cradles’ hit Spotify (months before the shoot) and we started talking very loosely. Coincidentally, I had a meeting with the label the week Danny started trying to figure out the video, so I got to weasel my way into the process from the get-go when those dots connected.”

“He had big, bold, and specific ideas for the world his videos would take place in, which is rare and refreshing for a young artist. Most of our process revolved around me steering Danny’s ideas into a cinematic, artful direction that was logistically possible, then layering my style and sensibilities overtop. We would pitch ideas back and forth, then see what would stick with both of us. By the time I wrote a treatment, it was already the video we both wanted to make. This process is rare within the industry, but I definitely feel it makes for the best videos.”

The world they developed together certainly has a potent look and Donoho was able to draw upon his history as a VFX Supervisor to pull off some incredible shots and abstract ideas, like the opening scene with Sub Urban sitting in a bedroom that is engulfed in flames. Visual Effects have become a powerful tool for music videos to create distinct visuals if the director is able to harness them.

“This was a video where there was some type of VFX in every single shot.” Donoho continues, “We had only one dancer, and she wasn’t shot on a green screen.  The dancer wore a wrinkly morph suit that needed clea-nup, not some custom latex outfit. Blood got everywhere on that white background, and we had to lay cardboard on the ground that would ultimately need to be removed. A human doesn’t fit into a pram, so we had our tallest PA lay underneath the stroller and contort his arms upwards for half the shoot. There was a lot of problem-solving to be done, but that’s some of the fun for me…”

”It (VFX) was never what I wanted to do as a career, but it got my foot into the industry’s door. I would composite and supervise VFX full time while developing my directing sensibilities on the side. I got pretty good at it, and even ended up as a VFX sup on some union television shows and movies in Atlanta. After years of building my directing reel, I was finally able to move into filmmaking full time in 2016 (no more VFX, except on my own projects). Nowadays, that background is a blessing and curse. In a perfect world, I would never touch a computer again, but at the same time, being able to step into the VFX role on smaller videos (like this one) allows me to tell bigger and more conceptual stories without worrying about limitations.”

Here is the official video for ‘Cradles‘