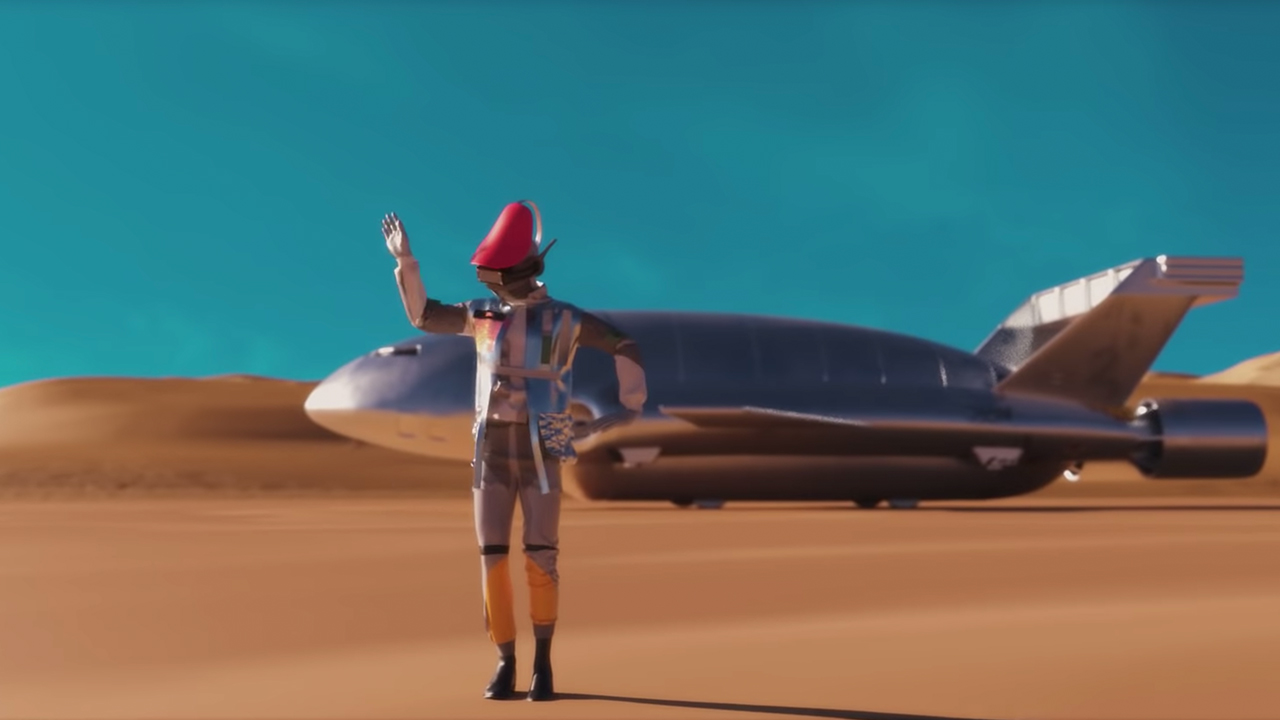 Netherlands based artist Spasmatic dropped their ’80s pop-influenced electro bop ‘In The Glow’ and along with it a retro-fuelled, nostalgia-laced, full CGI music video that encapsulates the essence of the song perfectly. Director Niels Moolenaar, the artist’s Brother, single-handedly produced the clip, an incredibly ambitious undertaking that started with a light-hearted brotherly concept jam and rewatching a tonne of classic sci-fi films.

“Since my brother’s music is heavily influenced by the ’80s, it seemed suiting to take some visual inspiration from around that time as well. The spaceship is basically Thunderbirds 2, painted chrome and the interior space is straight from Tsarkovsky’s Solaris (1972). His outfit is more or less a Star Wars meets Daft Punk kinda thing, which I ‘tailored’ myself in Marvelous Designer.”

“Cinematography wise I took a lot of inspiration from the Star Wars space sequences, where we often see a ship flying towards something. One thing with references that can be quite funny, is that sometimes you create something, knowing you’ve seen it somewhere before but can’t put your finger on it. This was the case for a subtle part in the video, where the spaceship’s brake-lights turn on as it approaches an asteroid, which is of course quite silly. A couple weeks after creating this, I re-watched A Hitchhiker’s Guide to the Galaxy (2005), and there I saw it!”

The resulting journey of a space explorer searching for the perfect planet to dance on became quite the technical undertaking. Seven months of weekends were devoted to bringing this concept to life and at a certain point in a production like this, you know that every creative decision or new idea can stand to chaos theory style spiral out of control and add even more strain on production.

Molenaar explains: “I had way too many crazy ideas, and really had to force myself to cut it back down. If I would do it all again, I would definitely set out a more defined scope and keep myself to it. Having too many ideas can act quite suffocating, because there’s no end in sight… I was mainly concerned with just getting the music video finished and getting the story across. The story also grew from exploring these different visuals, namely the nebulous clouds that we see in the beginning and end.”

At the same time, the spontaneity that happens during a not so tight production can lead to some great ideas and compelling visuals. As the clip progresses our lead comes out the other side of a trippy black hole to find himself immersed in the same nebula clouds the clip opened with before he disintegrates into his own nebula, a striking effect which came from experimenting with the software and realizing that the clouds could be generated to match the form of any 3D model. This delicate balance of technical pre-production and creative spontaneity seems to be at the core of Moolenaar’s work that is often spawned from technical challenges.

“For this, I knew I had to have one really good looking visual element, to sell the rest. In this case it would be realistic cloth simulations and mocap dance moves. Without those, I think this music video would be a lot less fun to look at personally. So, in a way these technical solutions did inspire the creative ideas. I scoured the web for interesting motion capture data, but ended up using mostly Mixamo, which a lot of fellow 3D artists immediately recognized as such. Next time though, I would love to create my own motion capture.” 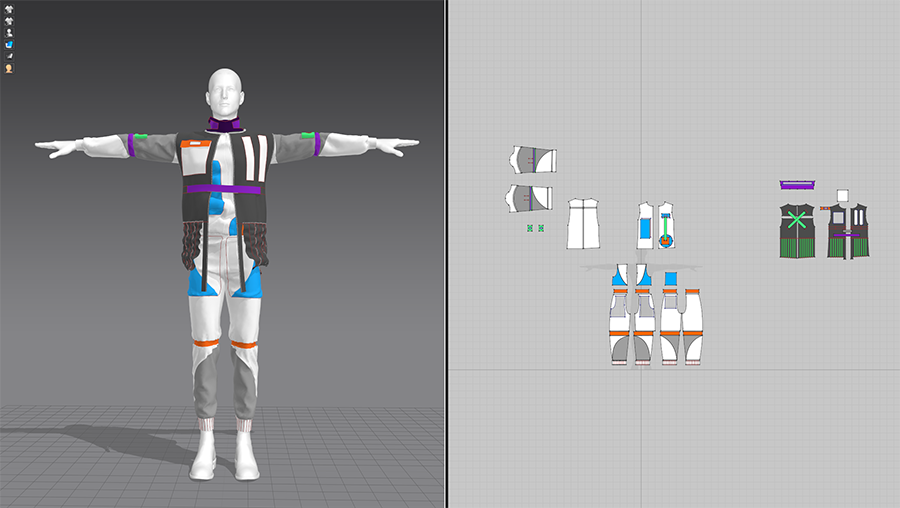 “It’s also something that I want to research for camera movements. The cloth simulations were done in Marvelous Designer, which is fantastic software. Even with this outfit which has overlapping fabrics, it was quite fast to simulate and easy to create and control… I would have loved to do some actual practical effects for this though, since getting away from a computer is always a good thing in my case. Next time I would love to do something like the explosion they did in Star Wars: Solo. That looked so sick, and blew me away when I found out it was a practical effect (firecracker in an aquarium).”

Here is the official video for ‘In The Glow‘