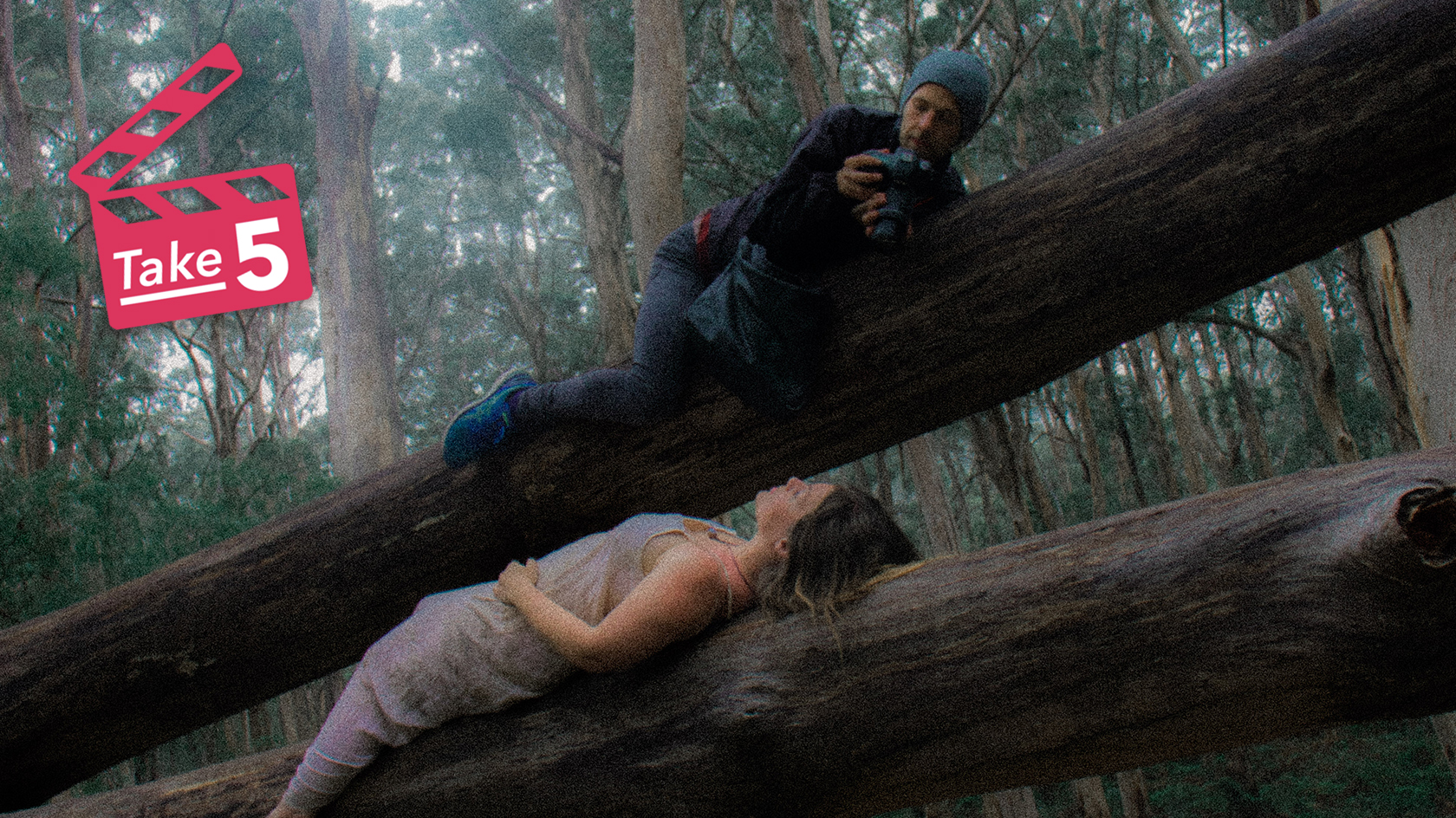 FEATURE: Take 5 with D.O. Blackley from Her Name Is Murder Productions

[dropcaps type=’normal’ font_size=’60’ color=’#ed145b’ background_color=” border_color=”]H[/dropcaps]er Name Is Murder has been a name synonymous with independent music videos for ten years now. From being the go-to for bands from the Australian heavy music scene, working with then up-and-comers the likes of The Amity Affliction, Thy Art Is Murder and Confession, HNIMP has evolved into a diverse and stylistically focused company, closing out the decade with videos for massive acts such as Pete Murray, Sepultura and The Cranberries. Her Name Is Murder Productions’s steady growth and success is a testament to the work and clear vision of the company’s founder and main driving force David, credited as D.O. Blackley. 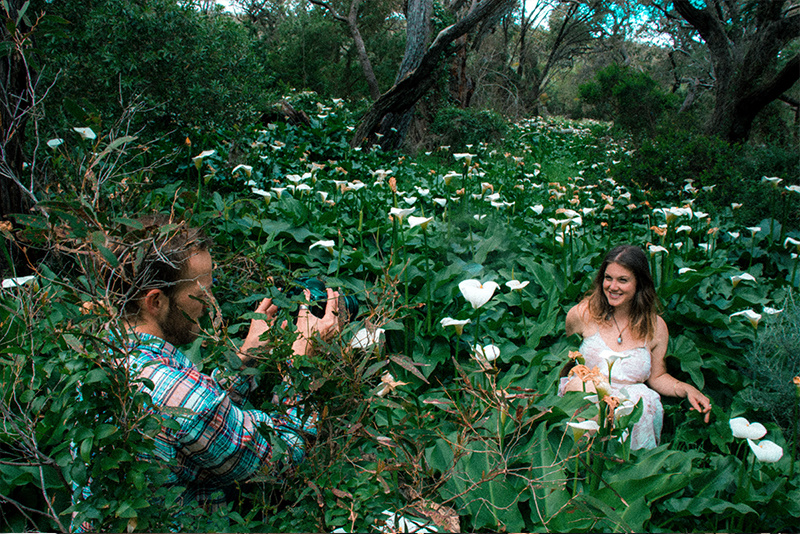 When asked about how HNIMP came to be, David spoke of the company’s humble and somewhat carefree beginnings: “I graduated film school in 2005 but it wasn’t until 2009 that I started Her Name Is Murder Productions. I remember laying my cards out onto the table and deciding which avenue I wanted to invest my time and energy into.  Producing music videos seemed to tick all of the boxes in terms of career longevity, artistic fulfilment and paying the bills. At this point in time, there wasn’t really a middle man between mates with a cheap camera or hiring a full blown production house and I had a lot of friends in local bands. Once I purchased a DSLR the ball really started rolling and I quickly built up a back catalogue of work.  It was the right place at the right time; there really wasn’t anyone else offering what we were.”

The right place at the right time, however, was not where David found himself in 2011, when a horrifying incident at his workplace made him really take stock of things: “In 2011 I was involved in an armed robbery while working at Video Ezy. The next day I quit my job and went full time with HNIMP and the rest is history!” Though the gravity of that situation is not lost on David, he seems to be in a good place with it in hindsight, understanding the incident for the path it set him on and what his life has become since: “I’ve been lucky enough to use my work to travel and live around the world, meet new people and use it as a vessel to continue my growth as a person and creative. HNIMP has given me a voice as a film maker and more importantly helped me express so many things from inside.” 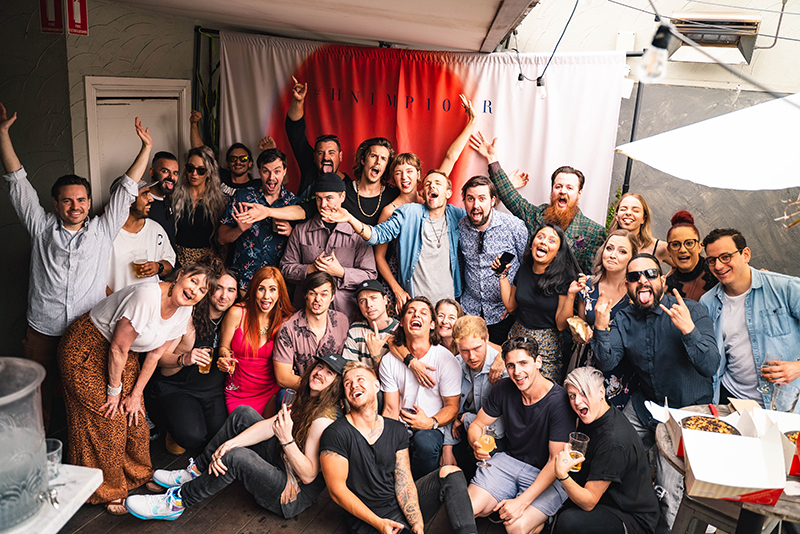 Her Name Is Murder Productions celebrating their 10 year anniversary.

After celebrating their 10 year anniversary just this past weekend, we asked David to go through five videos from his back catalogue that typify the journey and represent the true evolution of Her Name Is Murder Productions:

DOB: “The first 5 years of the business was all about forming a relationship with my camera, gaining confidence on set and building up the back catalogue.  It’s interesting looking back on this body of work because I can see shimmers of my style throughout, but it’s so obvious I was still finding my way.  For years I battled insecurities in my capabilities and because of this I tried to mimic what I looked up to or what I believed to be of a successful level. And when I couldn’t do that I thought I was not good enough. I was gaining confidence in my work and my ability on set but suffered from an extreme identity crisis. Travelling all over Australia because of HNIMP and creating amazing experiences with lovely, talented people really opened up my my mind to the concept of expanding the business overseas. It was these 5 years that really built the business and gave the name credibility. By 2014 I was in a steady creative groove and people were identifying a style in HNIMP’s work. I really thought the only option from here to truly grow and discover myself stylistically was to take a leap of faith into the unknown. In October 2014 I packed up my stuff, purchased a one way ticket and headed overseas.”

DOB: “For the first couple of years overseas I actually had no address, no set place to live and I often had no idea where I would be the next day. I lived on a job to job basis with my camera and laptop in a backpack as I worked my way around the UK and Europe building up my overseas back catalogue. It was really important for me to keep Australia going. I had built so many important relationships there and of course it was where the business began. “Unbroken” was me proving to myself that I could base myself overseas and continue to work with bands I love in Australia and release content that would keep me active in my home country. Visually this video acted as an aesthetic evolution, showcasing HNIMP’s ability to still release cinematic content while moving towards a more vintage feel. This was a turning point, where the early style of HNIMP was now incorporating new knowledge and influences from my shoots and experiences overseas.”

DOB: “Taking HNIMP overseas truly allowed me to spread my wings as a filmmaker and pursue my style as a creative with complete confidence. I was born in the 80s, heavily influenced by 1990s music video and operated in a world surrounded in HD. It was realising this that led to the creation of “VintageHD”. I spent countless hours in post production trying to create a VHS / Handycam style when one day I finally decided to purchase a JVC camcorder from Cash Converters for $20. “Peak Too Soon” was my first music video completely shot on this camera. I spend a lot of time in Scotland, it’s a very special place to me with a lot of beautiful music. There’s something about this camera that truly captures a strong nostalgic emotion which helped me express how I feel when I am in the country working with such wonderful people. “

DOB: “I really enjoy having the freedom to use both my 7D and JVC camcorder on various shoots. Playing with different mediums is very freeing and takes away a lot of restrictions when creating. People often say there are no rules when it comes to creating music videos and I truly try to live by this ethos and then push it a little further. Working with bands like Will Haven became part of a promise to myself. A goal to work with bands whose posters lined my bedroom walls while growing up and their CDs played in my disc-man while walking to school. “Winds of Change” symbolises a point in time in my career where I truly let go of any doubts and whole heartily pursued what I considered to be my vision as a film maker.”

DOB: “I was nervous about working with Alpha Wolf because their lengthy music video back catalogue is incredibly impressive.  They have worked with so many Australia directors whom I admire and actively follow as a fan.  “Russian Roulette” was me having the confidence to stick to what I do and commit to VintageHD. In the beginning of my career I would have easily folded and tried to replicate what had already been done.  I’d play it safe.  This music video is almost a full circle experience. Bringing something I created overseas (VintageHD) to an Australian band and realising this is what HNIMP is all about and this is what we do. “

You can check out all of Her Name Is Murder Productions’ extensive back catalogue HERE.