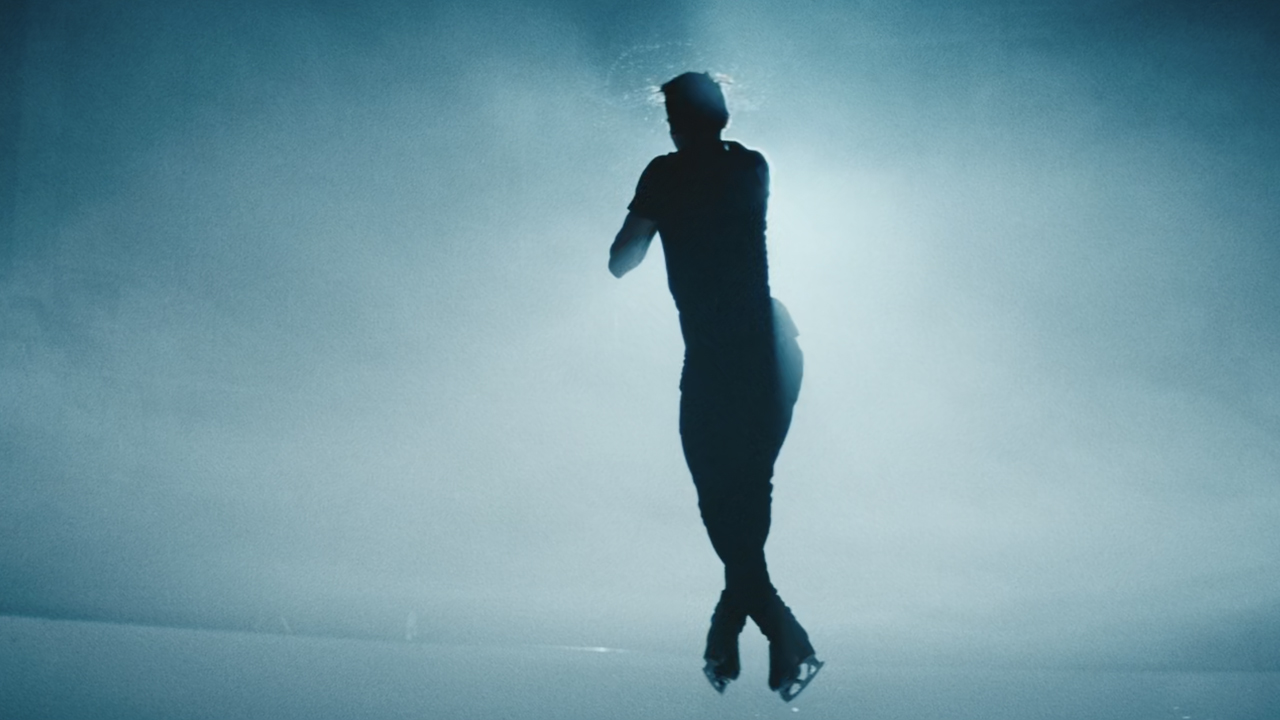 [dropcaps type=’normal’ font_size=’55’ color=’#ed145b’ background_color=” border_color=”]T[/dropcaps]he thesis of the new video for Guy Sebastian’s “Before I Go” is one everybody has a relationship with, on some level and one that director James Chappell was more than equipped to delve into. “Bullying is universal and everyone understands how that feels and looking back on your childhood and that deep pain can fuel your motivation to do your best and prove them wrong.”

The clip shows the tribulations faced by a young boy who is bullied for partaking in figure skating with his female counterpart. As the boy is pursued and ultimately attacked by the bullies, we see this hardship mirrored in the arduous training of the now grown-up figure skater. 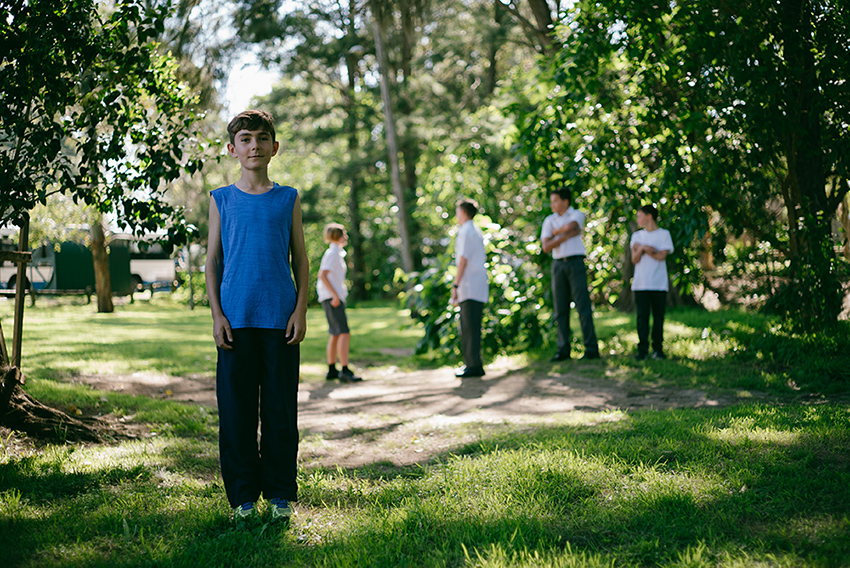 Guy Sebastian – ‘Before I Go’  (BTS Photo by Lev Jutsen)

Chappell uses this metaphor of our wounds and bruises becoming our source of strength to inform the video in a most articulate way. We see the skater enduring knock after knock, falling down, receiving bruises and horrific cuts, but continuing to press on in order to achieve and succeed.

“The concept for the video is one I’ve been brewing for many years.” Said Chappell, speaking very fondly of the “athleticism and beauty of ice skating at a visual level”. When the opportunity arose for him to pitch on the new Guy Sebastian music video, Chappell was most excited when he found that the theme of the song and his concept would marry perfectly. “I love an underdog story and bullying is quite personal to me and Guy’s song is all about perseverance and overcoming bad energy and loving yourself by pursuing your passion despite what people think.” 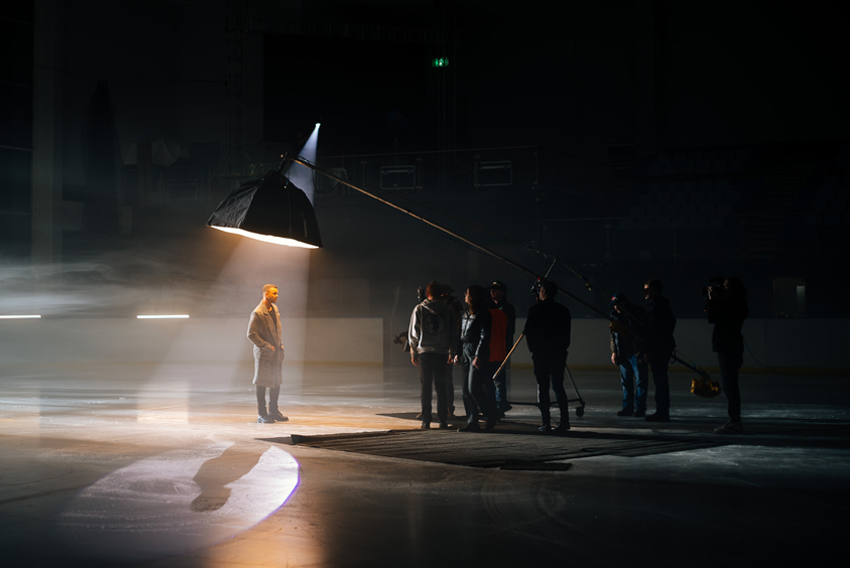 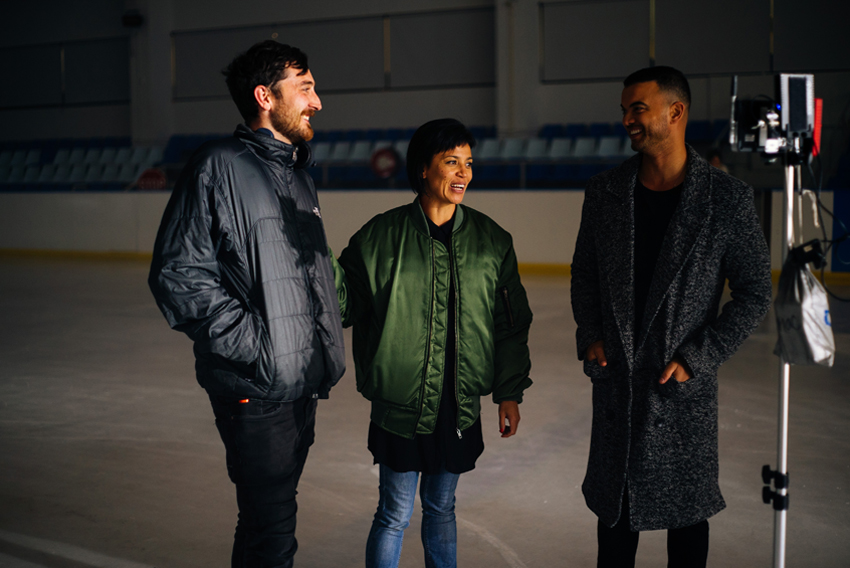 Guy Sebastian – ‘Before I Go’  (BTS Photos by Lev Jutsen)

Chappell has explored the subject of bullying in previous works, namely his much-acclaimed and Clipped Music Video Festival 2018 finalist video for Bliss n Eso’s “Believe”. It was this experience and the eloquence with which Chappell approached the topic that brought Sony back again this time around. “It was a relatively breezy pitching process – there was no resistance and lots of creative freedom” 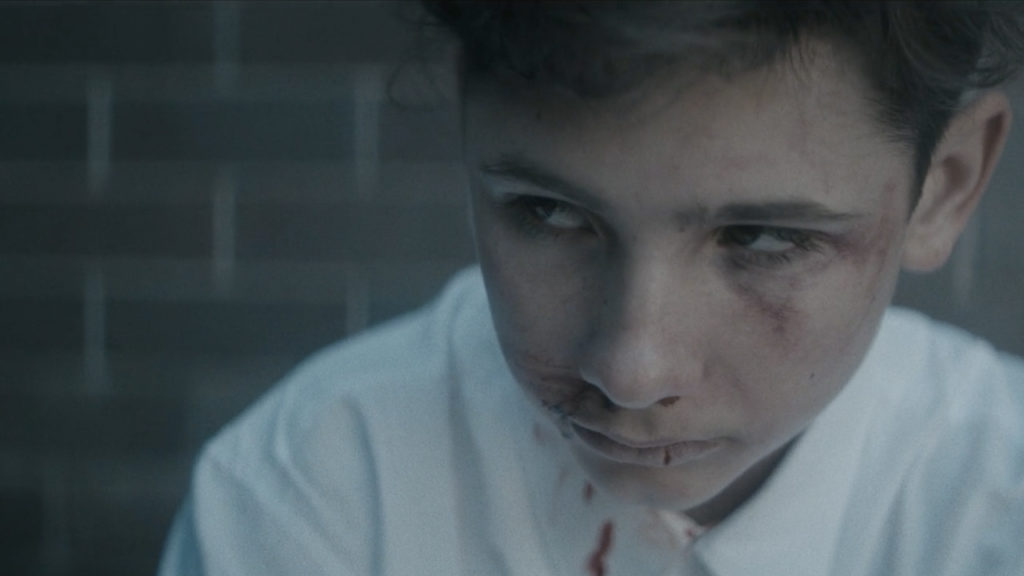 “Filmmaking is never easy but the challenges are exciting and the creative problem solving is part of the fun.” Aside from Chappell’s own personal struggles with ice skating; “Once I tried skating at Central Park in New York and knocked down half the people in the rink, which was embarrassing.”, he also told of the challenges which arose with filming the sport. “It was a 14hr night shoot at Macquarie Ice Rink so we had to plan our other scenes around the availability of the rink which we used after 11pm and shot through until 5am.”

Chappell continues, “One challenge was shooting on an ice rink which is slippery so we had to use mats and walk carefully on the ice. Our amazing Grip David Litchfield designed a special ice sled dolly for our Steadicam operator to ride around on and get perfect tracking shots for the ‘I, Tonya’ style pas de deux (duet). Shooting late provides the usual challenges of exhaustion and delirium, so lots of green tea was consumed over the 14hrs.” 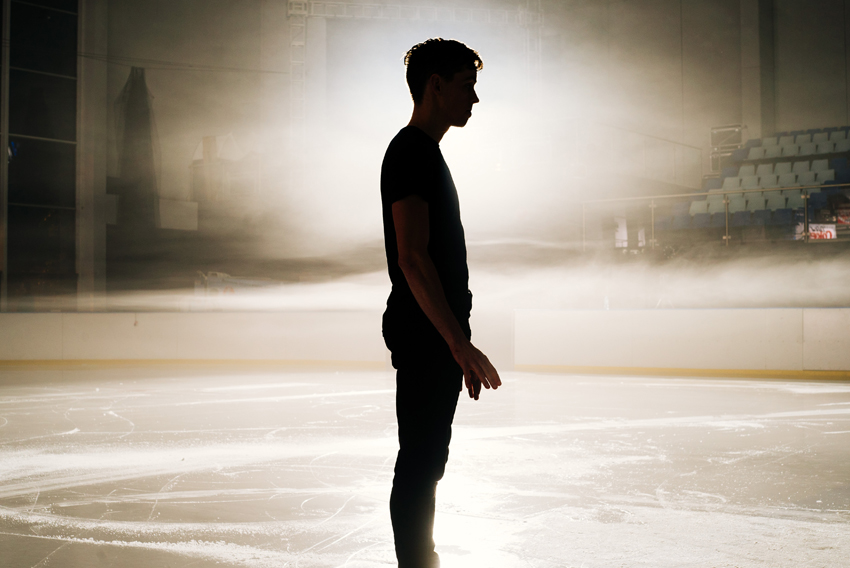 Guy Sebastian – ‘Before I Go’  (BTS Photo by Lev Jutsen)

While Chappell has also used the bluesy soulful style of the song to inform the way he lit and shot the scenes of Guy Sebastian performing, it is these scenes of the ice skater in motion that really make the video come alive. Stark blue lighting, high contrast, slow motion and the aforementioned ice sled dolly shots give immense gravitas to the movements and maneuvers of the skater at full tilt.

When our hero skater is joined by his female counterpart and pillar of strength, a great warmth comes over the video as the two succeed together. This “I get by with a little help from my friends” motif makes for an inspiring and uplifting bookend to this story of success in the face of adversity. 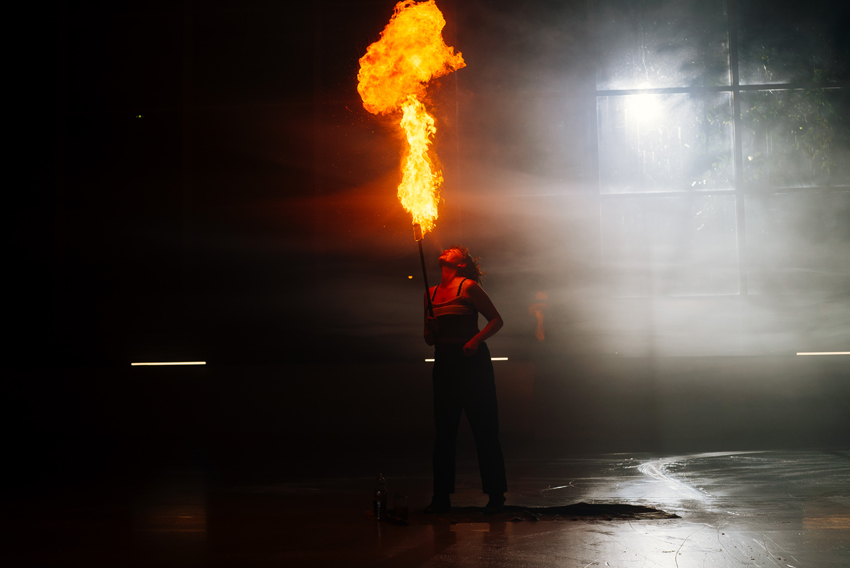 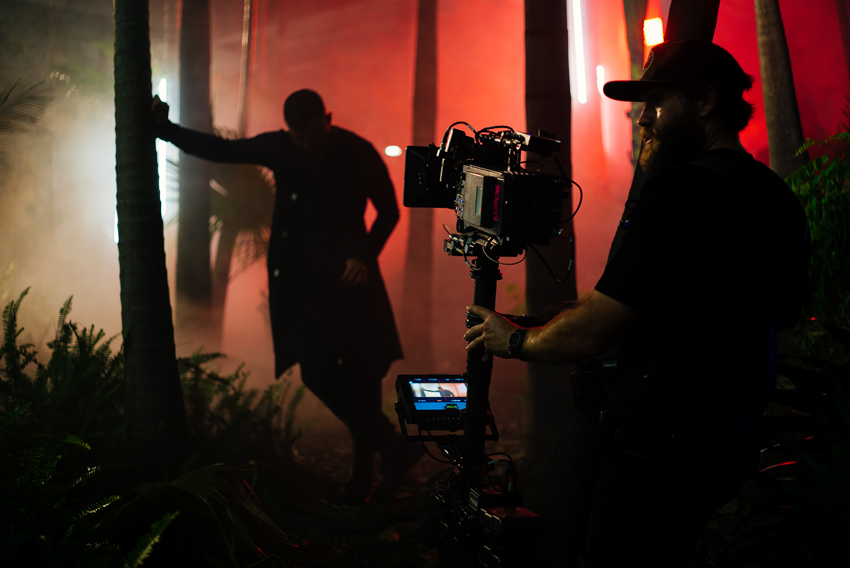 Guy Sebastian – ‘Before I Go’  (BTS Photos by Lev Jutsen)

The success with which Chappell rendered this video was no fluke, but instead appears to be a result of his waning prolificity when it comes to music videos. “I used to make a high volume of music videos every year, but now I tend to make 1 or 2 per year… Music videos are still fun and creatively rewarding… They are labours of love and keep you creatively fulfilled by letting you flex your filmmaking muscles and ideas.” While this selectivity has given Chappell the opportunity to hone his craft and focus his energy on the execution of each product, he admits, it has not necessarily made the process any easier. “I feel like the filmmaking doesn’t get easier because the more experienced I become, the more ambitious my scheduling and concepts become. You learn where to trim the fat, becoming more efficient but at the same time, throw more petrol on the creative fire. I love the challenge of a crazy music video concept!”

Here is the official video for “Before I Go”