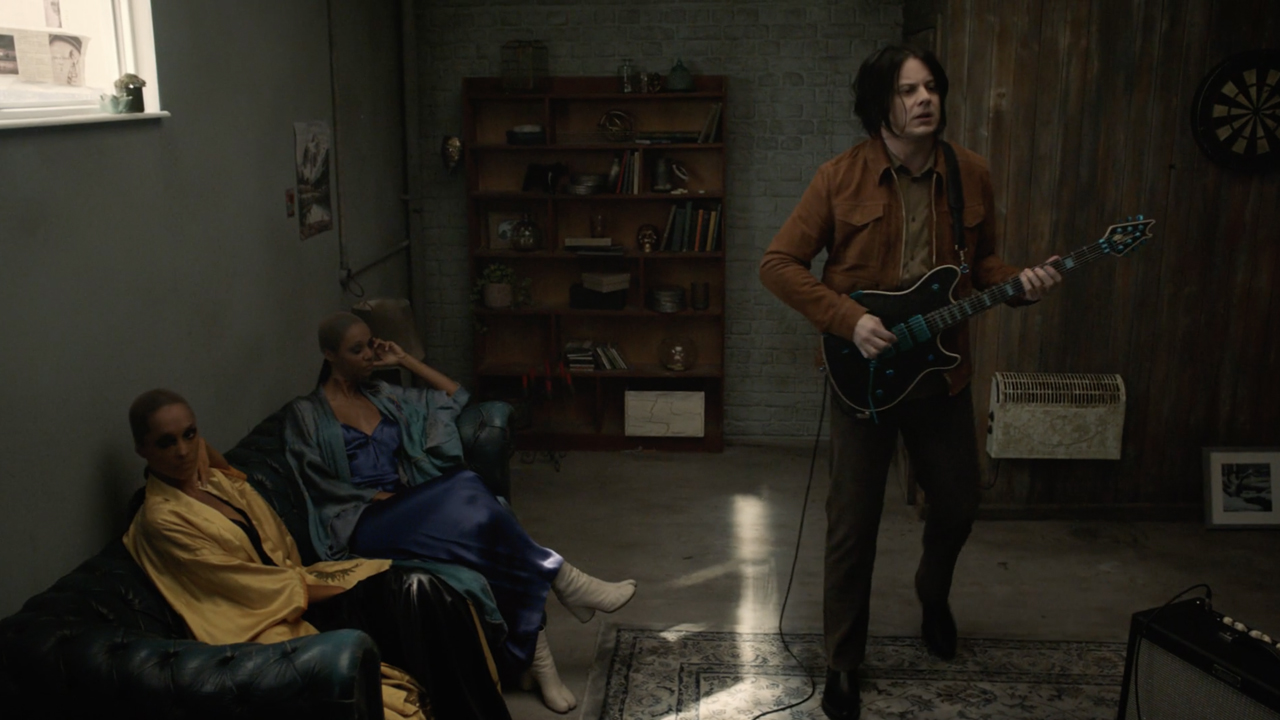 [dropcaps type=’normal’ font_size=’65’ color=’#ed145b’ background_color=” border_color=”]A[/dropcaps]classically Jack White music video hot on the heels of a new album release. The brilliant thing about Mr White is that even if you don’t like his music, even if you’re not sure what his music even is, you are still likely to know of him. Why? Because he has so carefully crafted his style. Everything is according to a plan and within particular parameters, that like an infamous international corporation like Coca-Cola, you just ‘know’ about it whether its for you or not. Indeed, he’s been oft quoted as taking the colour scheme of Red, White and Black from Coke. Since his move to a solo career, his signature palate is Blue, with white and black playing essential parts of course.

What this video does is continue that thread in a new fashion, that is cleverly in sync with the theme, even the title of the song. Repetition. The video has strong style; brimming with energy and simplicity for sure, but what it does, is repeat the exact same camera moves and has White centre stage in an apartment as the camera moves about him in sharp movements, taking in the environs, then gliding artificially away through the walls to another apartment where another Jack White plays his guitar to the camera in the exact same movements, but with alternate costume and production design. The pacing increases as does the intensity of the style. Beginning quite naturally, in fact showing more earth tones than may have ever been seen in a Jack White clip in history, progressing to extremes of colour and reality.