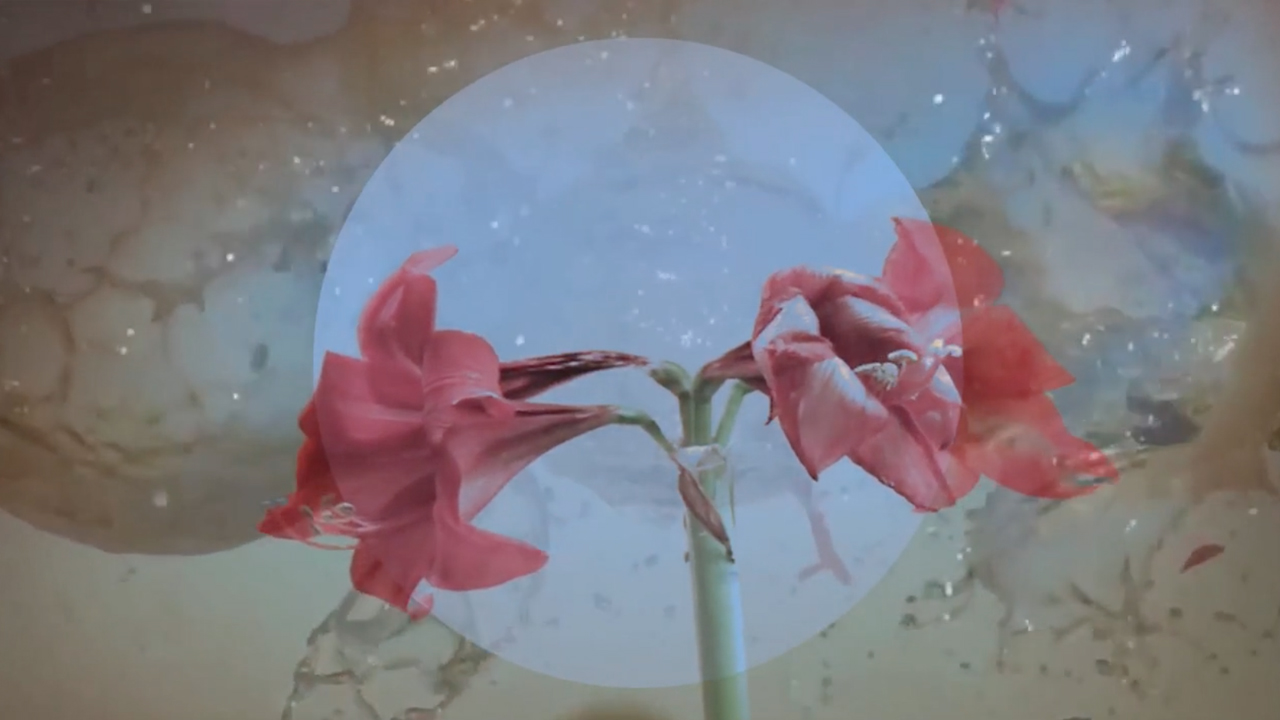 [dropcaps type=’normal’ font_size=’65’ color=’#ed145b’ background_color=” border_color=”]T[/dropcaps]o say that the most recent music video from Australian Psych-pop act, Totally Mild, is a ‘trippy’ experience would be a hilarious understatement. Christa, directed by Xanthe Dobbie, seems to realise all the edges and quirks we’d expect from a music video from an artist connected to Bedroom Suck Records, taking aesthetic cues from the fuzzy, lo-fi visuals of an Ariel Pink or Death Grips video to create a Pippilotti Rist style vortex of both the natural and artificial in an almost hallucinogenic, sensory-stimulating infomercial.

For a video that begins with twelve seconds of stark white, the visuals in Christa develop to impress the eye with imaginings of dazed summers, where if lucky enough to stray from the distractions of 21st century technology, one may be able to grasp just a few seconds of thoughtless gazing into the fluorescent, natural world surrounding us. By the time Elizabeth Mitchell’s sweet falsetto floats in, singing that “it doesn’t matter what you do, it only matters who you do it with”, we’ve already been steeped into the tender imagination of a dazed romantic, observing the sweet emanations of mirrored flowers, ballerinas and microscopic hairs and amoebas.

We watch ultra-modern vapor-wave visuals meet the natural as a mannequin is passed through roses; the distorted reverb from Totally Mild’s guitars draw out each blooming image to create a psychedelic dream portrait of vibrant colour. What follows in the video could only involve swirling portraits of cattle, decaying fruit played in reverse, seizure-like flashes of the ocean, and glistening flowers in bloom. Christa concludes as it dissolves into 80s infomercial style transitions, giving grainy texture to the laser synths Mild play at the end of the song, before blurring again into the disorientating white that introduced the video.

Totally Mild’s Christa music video is not only trippy, but eye-tingling, beautiful, and even nostalgic in the way it captures its fluorescent, sun-baked dream-imagery. How long has it been since you’ve felt dazed and bewildered? Perhaps it may be the perfect time to enter your own little waiting room of disconnect and confusion by watching the vibrant and scintillating music video for Christa.

Here is the official video for “Christa”