NEWS: Finalists and Winner of ADG’s 2022 Best Direction in a Music Video 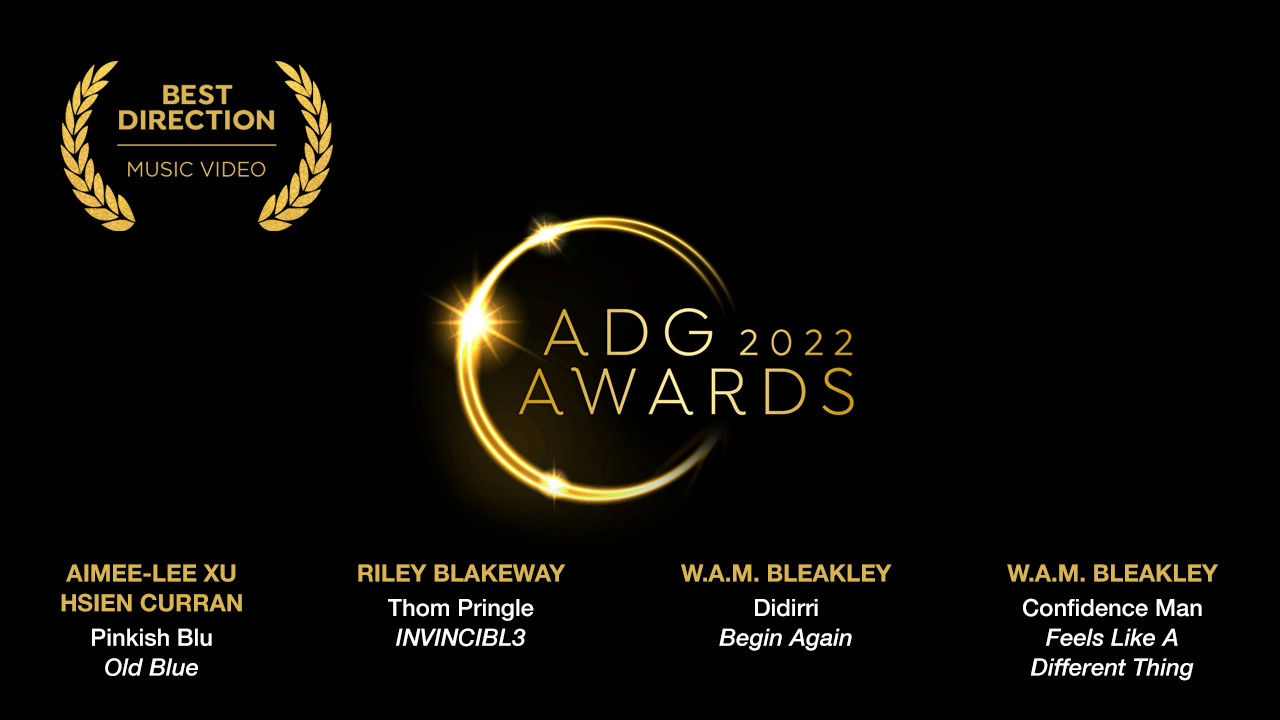 NEWS: Finalists and Winner of ADG’s 2022 Best Direction in a Music Video

The Australian Directors Guild annual awards show kicked off last Thursday in Sydney, with four directors nominated for Best Direction in the Music Video category. After being nominated at past events it was Riley Blakeway who took home the award for Thom Pringle’s clip ‘INVINCIBL3’. The full list of nominees were:

In addition to the nominees there was a number of other talented music video directors in attendance too. 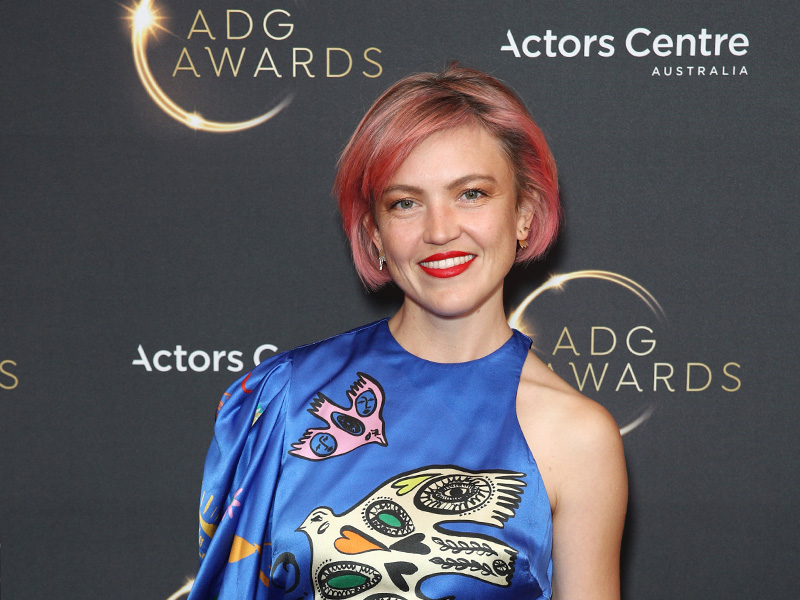 Aimee-Lee Xu Hsien Curran, a nominee of the music video category and prolific director in the scene, had this to say about the significance of the ADG awards to creators of the medium:

“Music videos are such a labour of love, blood, sweat and tears. So to be recognised by the ADG for my work is a huge honour (I would also accept a paycheque from someone, as I’m sure my fellow music video directors would agree, but that’s not the way it seems to work out in our weird line of work). So attending the ADG awards ceremony was a really gratifying experience. It felt great to be in a room filled with so many of my director peers and pals, and so many older, more established directors I really look up to.” 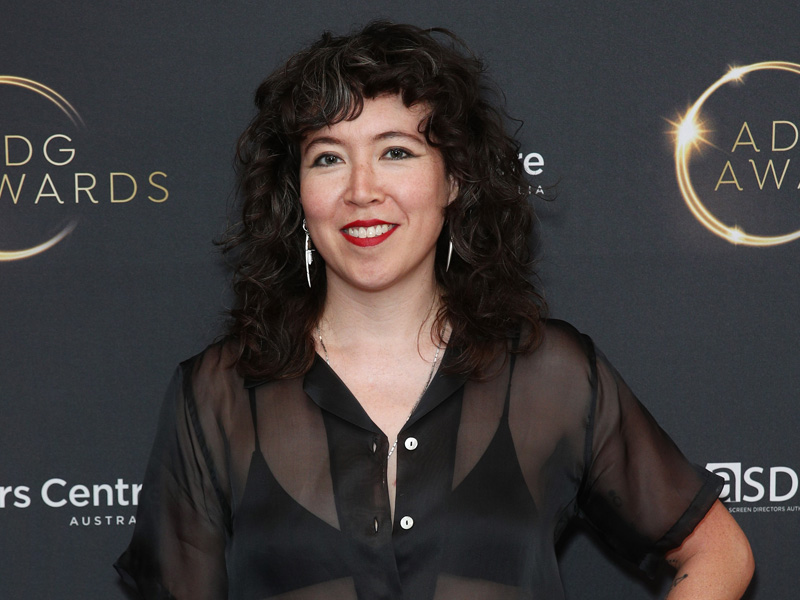 Her clip Old Blu was also an opportunity to cross off a bucket list item – working with a camera tracking vehicle. She describes her on-set demeanor as similar to a kid in a candy store, unable to contain her excitement at the shots she could get. The clip wasn’t entirely without strife however:

“The week before the shoot I had canvased the whole street with letters notifying them of the filming and our council permit, but I ran out of letters and skipped one house (big mistake, next time go back to Officeworks). Of course that happened to be the one house with the biggest Karen, and she fucking lost her mind during the shoot, hating on the tracking vehicle driving up and down “her” street. She even convinced local kids to come and bully our main actor and hurl abuse at him (which was ironic because he’s getting bullied by local kid actors in the scene – I could have just used the real deal). Anyway, because I was directing, producing and first AD-ing this shoot myself, I had to go and calm her down and to answer your question that’s another thing I’m very proud of.” 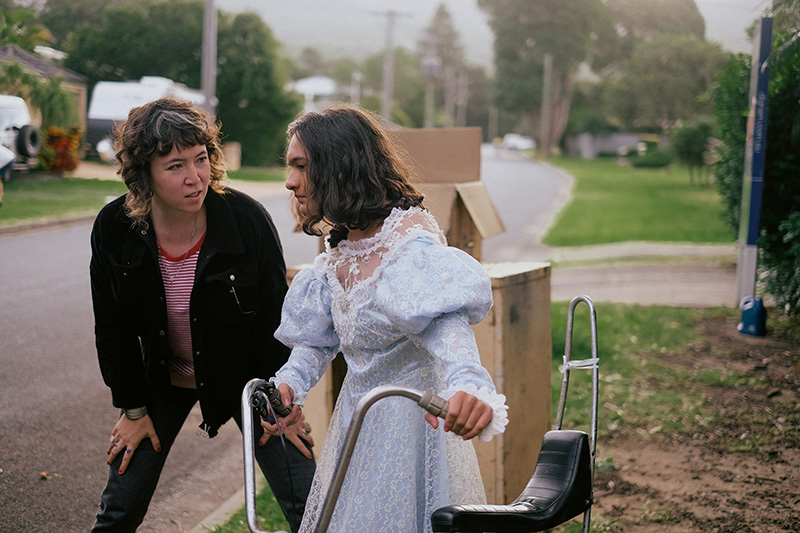 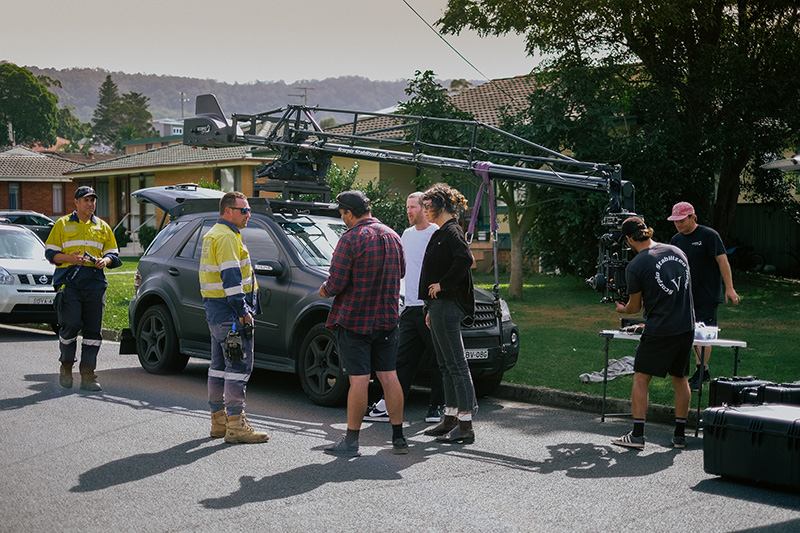 Taylor Ferguson worked with frequent musical collaborators Boy & Bear on State of Flight, and attributes a lot of the clip’s success to the rapport that’s developed between them. Being able to see an artistic partnership flourish across multiple projects is such a rare thing, and recognition by the ADG is well deserved. She elaborates:

“It feels incredible to be nominated alongside directors that I admire. Guilds like the ADG allow us to connect with creatives in the same role which I guess we never get to do. We are always alone so when there’s an opportunity for all directors, emerging to seasoned, to be in the same room, you really do feel that sense of support and family.” 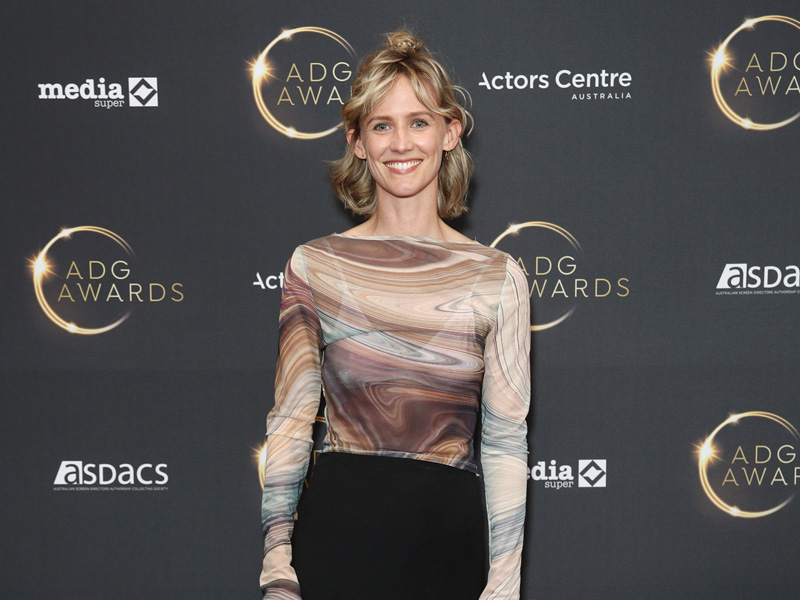 The clip oozes well considered art direction and it’s impossible not to feel transported back to another time. The cinematography, colour and overall texture to the pictures further elevate the performances, building to an ultimately impressive ‘State of Flight’ sequence. Ferguson pays respect to the participation of the artists, which is such a helpful asset to any music video creator:

“The BB boys are so fun to work with. Now that we have a rapport I do feel they trust my vision and are very supportive of whatever I’m going for. They are all also really respectful of creatives and give us a lot of reign when making their clips. It’s so energising for everyone involved because each department is able to bring their own instincts and reflect on what they want to get out of the process.” 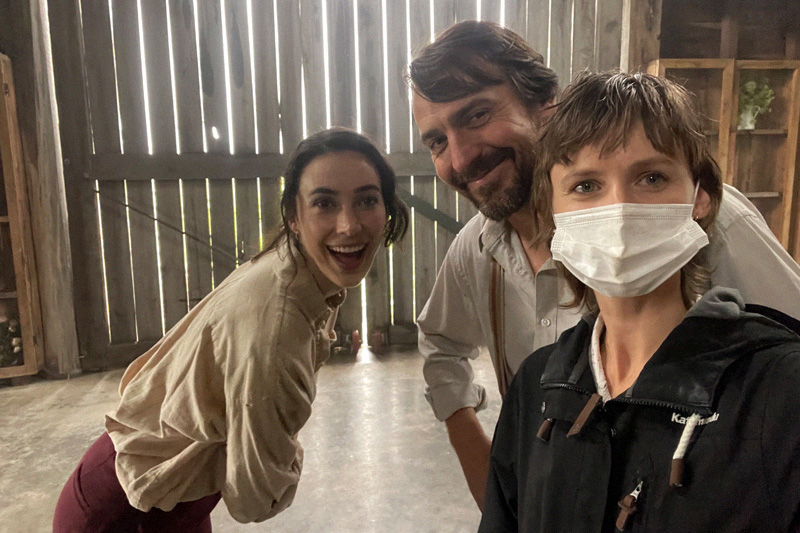 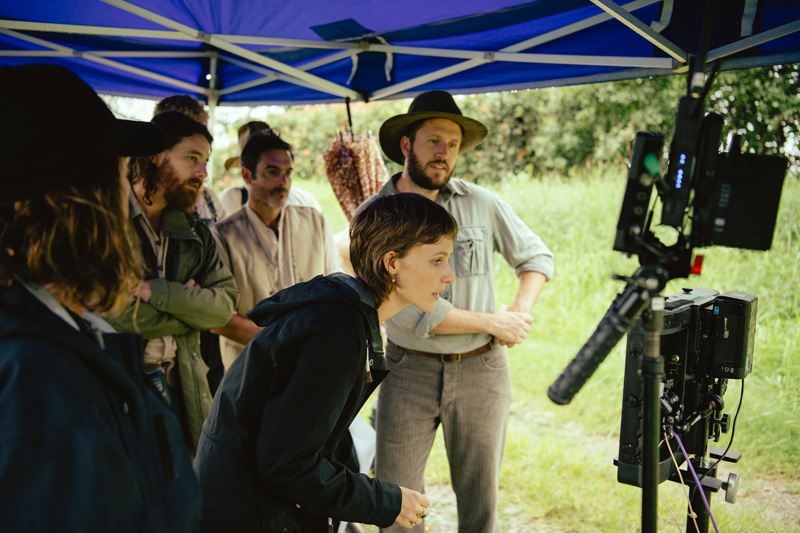 W.A.M. Bleakley is no stranger to the limelight having had work selected at multiple festivals in the past including Port Shorts & CLIPPED Music Video Festival to name a few. When asked about how he felt about having two wildly unique videos in the ADG 2022 Awards lineup (the somber and reflective Begin Again versus the bombastic australiana of Feels Like A Different Thing, Bleakley remarked:

“A lot of people say you need to have a consistent style to get work – so I’m not doing that very well! I guess both clips are so different because the songs and artists are polar opposites.

If I had to boil a connecting thread between my work it’s realism that develops into something more stylised and heightened. In both of these clips we worked with small doco style crews, shot on super 16mm, used natural lighting and worked non actors – maybe that process helps define the style as well.” It is an extremely strong lineup of clips this year with each director outstanding in their own right. W.A.M. Bleakley was super thrilled to be part of the lineup and the importance of the competition:

“I’ve been entering the ADGs for a while and this is the first time I’ve been nominated. To have two music video nominations was pretty special! Riley’s clip was so well made and thought it definitely deserved to win. Aimee and Taylor’s clips were also really strong so it was a good year to be in it!” 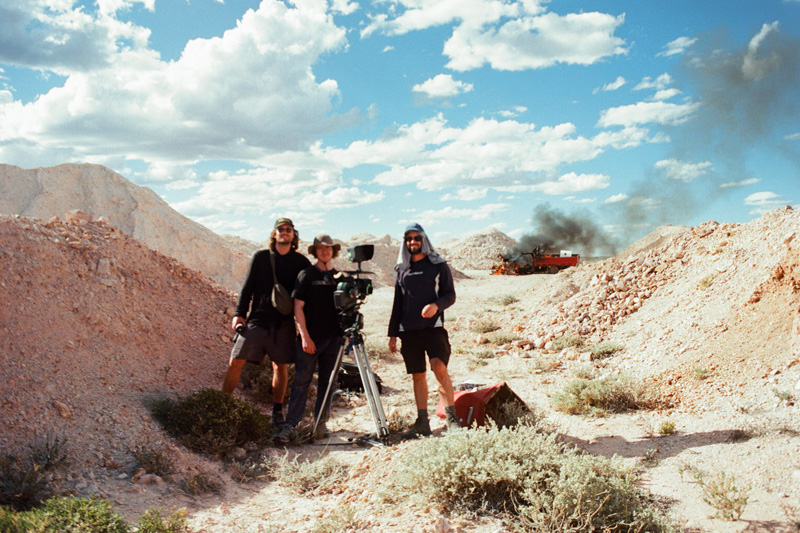 Riley Blakeway’s INVINCIB3, which is a slow and film-grained mediation on the cycle of impotence experienced by young men in small towns, was inspired by Blakeway’s own upbringing in rural NSW. He wanted to explore how disenfranchised men find purpose without a strong cultural identity, and how that search leads them to lean heavily on foreign popular culture, drag racing and reverence to the few folk heroes we have.

“I’m most proud of the fact that there’s nothing else that exists like it. That I didn’t conform to any format or traditional approach and I saw the vision through truthfully, no matter how it would be received. I think others may see modern Australian culture differently. It’s only my perspective and one that’s focused more on the small towns and closed minds. But to a certain extent, the cultural misappropriations that I made comment on in the film are happening everywhere, all the time. I just think the mind of a young man in Australian suburbia is a perfect intersection of these influences. And a comment I feel qualified to make.” 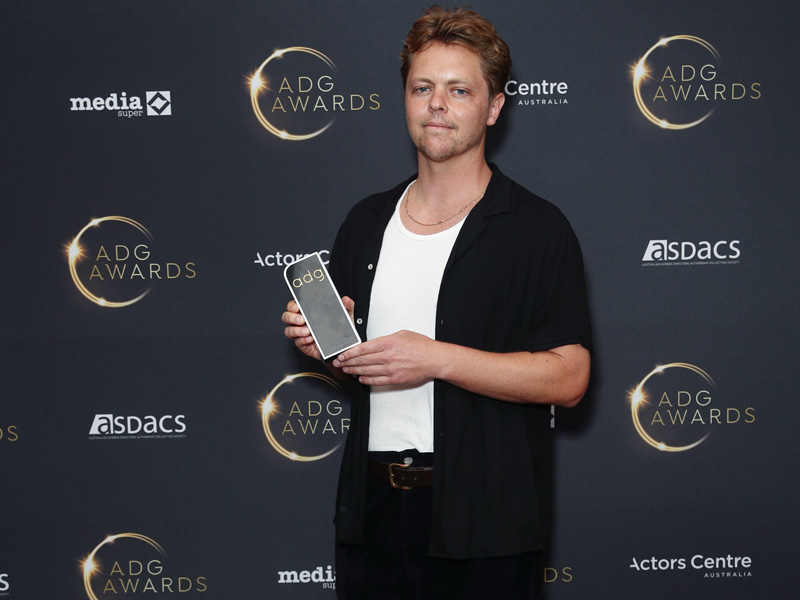 It’s a great sign to see music video directors credited alongside directors of more institutional art forms like feature films and documentaries. Even more exciting still is recognition of new media creators in categories like Best Direction in an Online Series Episode (with that award going to Liam Fitzgibbon for Hot Department: Deep Web Episode 4 – Sad Women). Blakeway had this final thought to share about the importance of having a unified creative community:

“Film can be quite isolating as a director, so to come together each year and celebrate the work amongst peers and fellow directors feels grounding. Like, we’re all here fighting the same fight and just trying to express ourselves and make a living. It’s cool.” 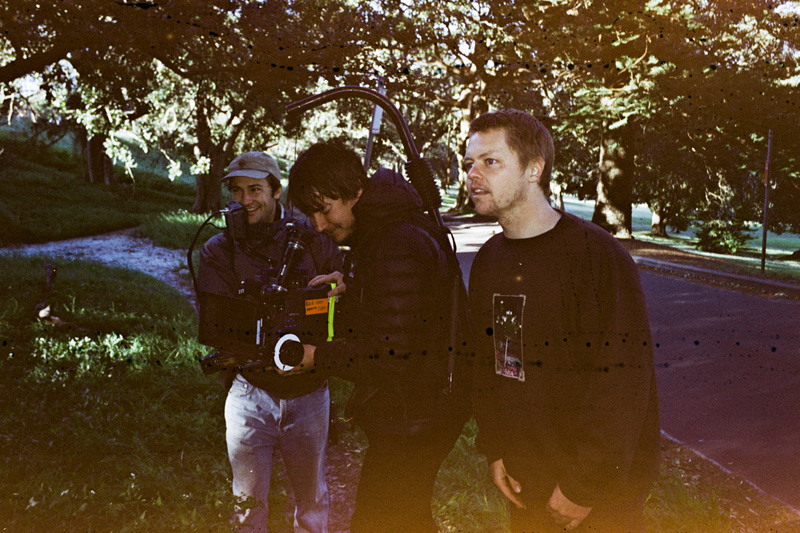 Congratulations once again from us all at CLIPPED to Riley Blakeway and all of the music video creators who were nominated at the 2022 ADG Awards.