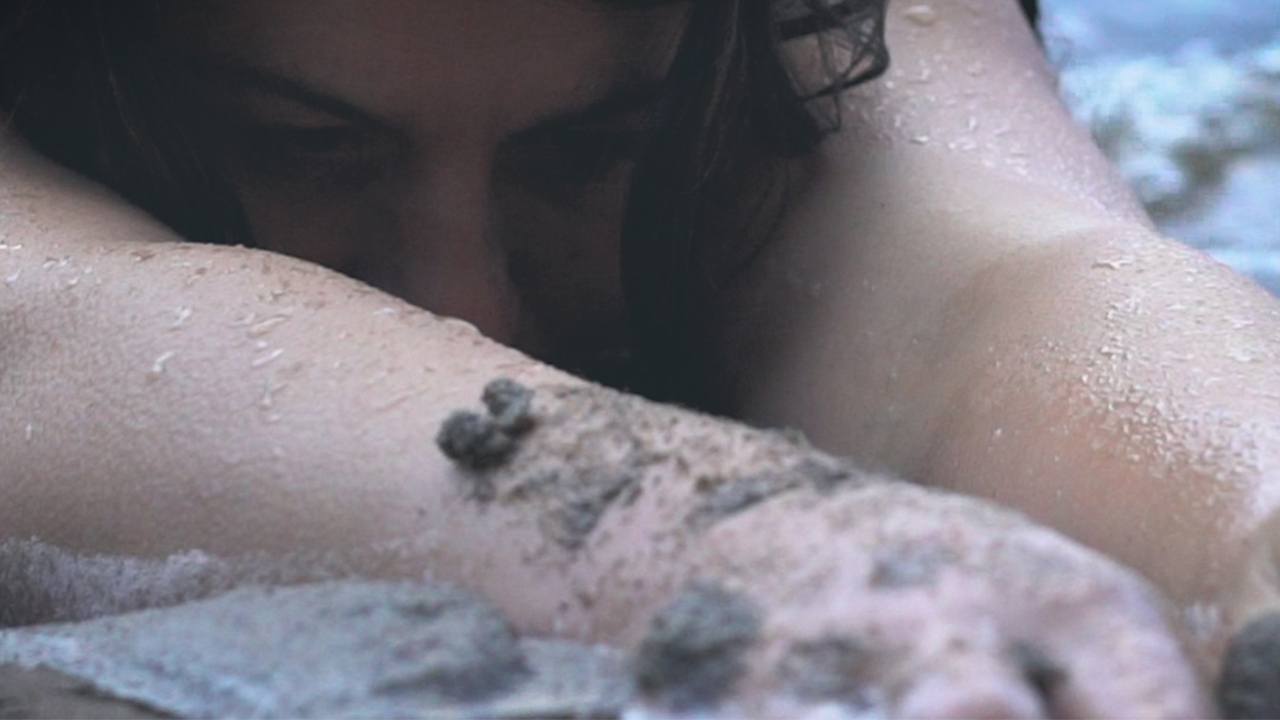 An ominous swelling note opens “Sharks” and with it comes a present feeling of foreboding. This debut single from Tasmanian artist, Bianca Blackhall, steams with unrest and tumult. When director Ursula Woods teamed up with Blackhall to direct the video, she knew that her main focus had to be bringing more of that conflict out.

“The song is about a power struggle… It’s an intimate song and the lyrics give us an insight into the reflections of the songwriter when she is thinking over things, feeling suspended or perhaps removed from a situation – lost, adrift. There are no harmonies, the singing is very close and so I wanted to focus on the woman alone. I wanted to put Bianca in it and capture those moments and feelings about this fight in her actions and inactions, movements and small details.” explains Woods. 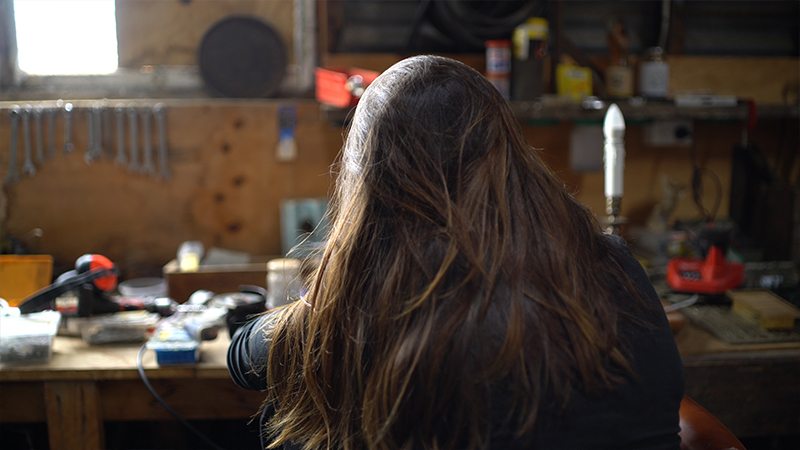 The video follows a woman, played by Bianca Blackhall, in a state of unrest. Tormented by a phone call and cast adrift in a sea of her own chaos. There is real intimacy and closeness in the presentation of this woman, especially when coupled with that present sombre and eerie feeling of “Sharks”, the delay driven guitar and the stalking tempo of the drums.

Woods was intent on capturing this feeling in the video: “Having listened to the song, it was clear that we were aiming to visually build a dark mood. Our first shoot was shot on a silver-grey day when it was raining. We loved the muted scene of the weather that day and went with that as a basis for the rest of the video and also for the colour considerations.”

“The slow motion of the footage as well as the pace of the edit was how I tried to capture a sombre atmosphere. Close ups and intimate shots of the woman also contributed to the pensive energy in the piece. By obscuring some shots and using moody out of focus moments I managed to create an eerie or shrouded visual, distorting the picture and drawing the viewer into an undercurrent of emotion.” 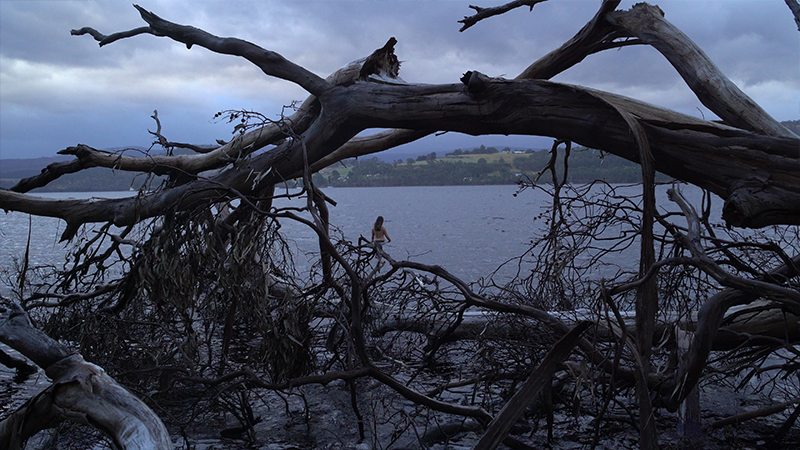 “This highlighted the anxious, lonely, depth in the music, a certain kind of quiet that you can’t quite put your finger on. In editing, I focused on how the images threaded together as this was really important when considering the mood and conveying an undertone of desolation. The first shot was very important in setting up a foreboding scenario.”

This opening shot of Blackhall facedown at the water’s edge, the sea lapping and undulating around her, black sand pushing through her fingers, really does set the tone not only in mood but also in laying a foundation for the strong use of imagery throughout the video. From the foaming sea to the bubbling boiling water, to dried old flowers crushing between fingertips, there is this constant attention to unrest through symbolism. 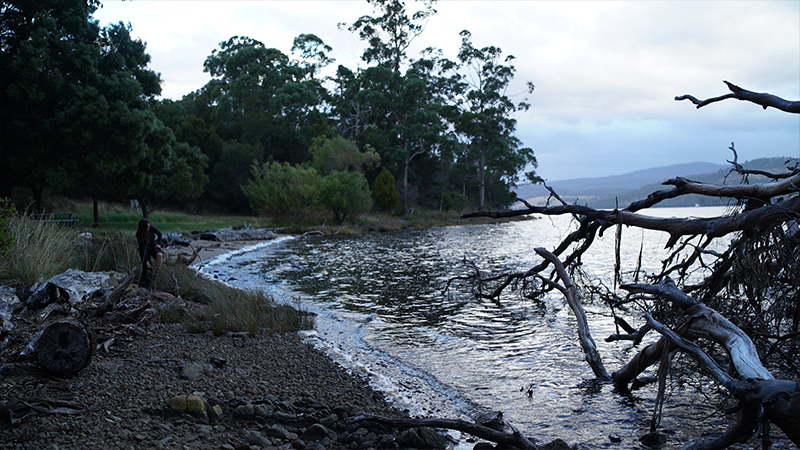 Woods elaborates on the way these ideas came to be: “Bianca wanted the video to express points of tension, compression, strain and release. She had a list of imagery ideas put together to do this, a visual poem in many ways. She described these as visceral misgivings.”

“We planned for images that articulate inaction and swelling trepidation, a thrashing panic, confusion, impaired vision, sensory deprivation and eventually closure, a dismissal. We aimed to include various textures that worked together such as the bubbles, the web, hair and sea foam. The wind, the water and ultimately the tension is moving through these images and textures as the song builds/bubbles up to the crashing point. Some of the choices such as the piece of meat, directly came from lyrics in the song.” 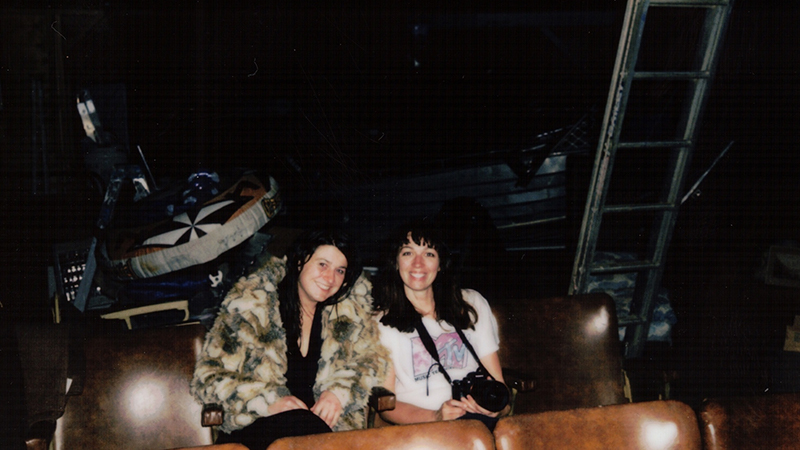 There is so much emotion and character built into “Sharks” by Bianca Blackhall and her band. So much so that if Woods had taken this video somewhere too disconnected from the song it would have been doing it a disservice. Instead she has expertly created a music video that is an extension of the song, bringing so much depth to both in the process.

It is this appreciation of a music video’s purpose, the use of the music itself as the main driving influence for the visuals and the appreciation of that simmering temper that is already so present that makes Woods’ execution of this video such a success.

Here is the official video for “Sharks”