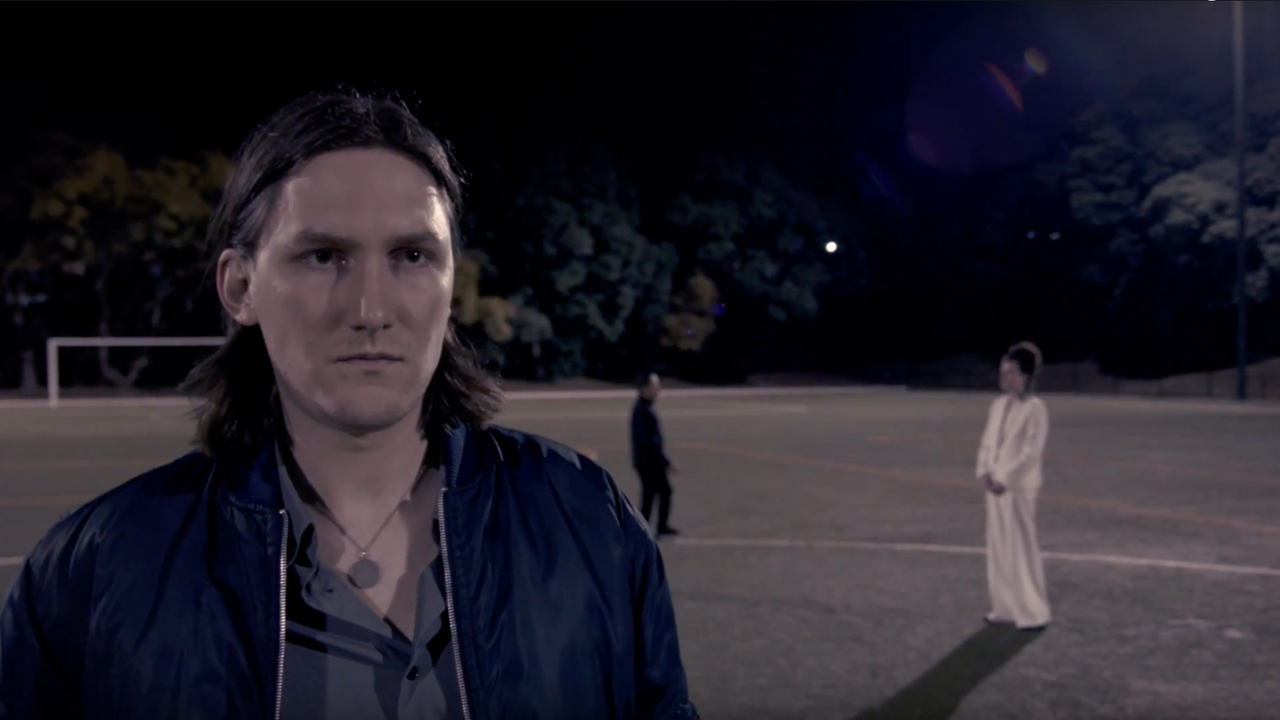 PREMIERE: Joan Banoit – Shows Another Side In ‘Mount Agony’

Hot off the heels of the success of the music video “Bet Me”, artist Joan Banoit and producer Jim Flanagan (Lazy Thinking), have gone back to the drawing board to bring us their latest music video “Mount Agony”. A true level of artist spontaneity and rawness gives the audience a fresh perspective on who Joan Banoit is. We talked with Joan Banoit and Jim Flanagan to discuss their new approach to filmmaking with “Mount Agony” and to what extent characters evolved through the video.

While many artists struggle to come up with fresh ideas for their clips, Jim spoke of the fact that the creative team “intentionally avoided starting with a really specific idea when [they] first commenced work on the video”. The only goal was to “devise something very personal in close collaboration with Julian (Joan Banoit)”. Intense 1 on 1 sessions then followed between directors Laura Turner and Michael Pigott and Julian before further improvisations were held with the rest of the cast.

So given this creative freedom, what did Julian want to focus on? He told us that he “really wanted to focus on something stylistically similar to a home movie, where people often post deeply personal videos, which reveal things they wouldn’t normally express to people they know. I wanted to use this video as a way of portraying how I see myself in a way I usually don’t show people.”. The mixture of VCR (3 old handycams on mini DV tapes) provide a sense of history, which when coupled with shots from the Blackmagic Pocket camera, bring us back to the ‘now’.

While a lot of videos utilise retro themes, it wasn’t a meaningless choice to shoot on the format for the team. For Julian, the nostalgic home-made, family feel that comes from the handy cams was very important, as he grew up in 90’s. For Jim, his team was very conscious of the intercutting between digital and retro footage knitted with the, as Jim put it, “performance styles from both the past and the present to ensure it is essentially a very contemporary work. We never over analysed any of this and the process wasn’t any more challenging than other problems one can face when filming, in fact, it allowed a lot of freedom.”. 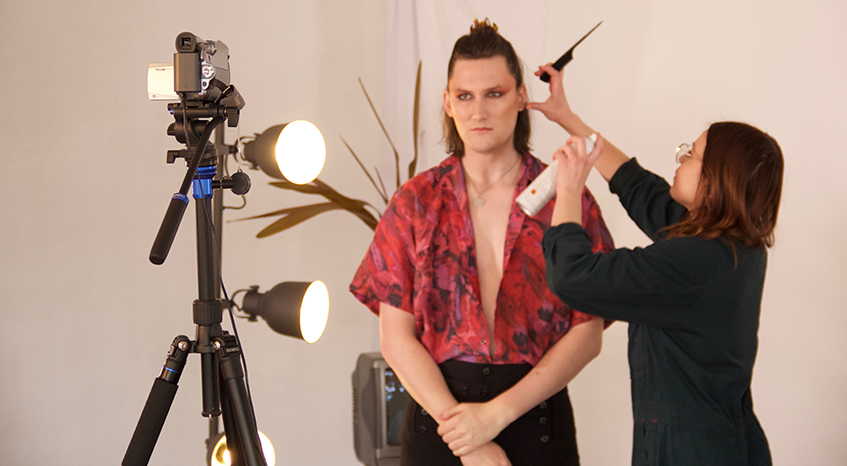 Locations were also used to further develop Julian’s persona with him describing the portions of video shot internally (the ‘Made In Space’ Studio in Summer Hill), complete with some extremely lavish makeup as “representations of how I dream that could present my persona as a performer. We wanted this to contrast with the second outdoor setting (Arlington Reserve Oval in Dulwich Hill) that shows more of how I am everyday and off stage.”

Can you shed light onto the casting and characters in the clip?

JIM: Julian in front of the camera speaks for itself. Have a look at the intensity of his performance in the ‘Bet Me’ video. He’s pretty remarkable, especially for someone with no acting experience, just a total natural. He turned up on set and would just flick a switch.

Ryuichi Fujimura, who plays the male dancer is just an incredible dancer that the directors (who have a background in experimental theatre as well as film) had worked with previously, and he understood the look and feel we were going for immediately. Ryuichi has extensive experience in improvised dance and responding to an environment so we knew he’d make really interesting choices in both locations. He created a very particular language of movement across the whole clip.

Ces is in some ways a kindred spirit of Julian’s as a performer. The directors saw her play live (Ces plays keyboards for Joan Banoit live) and just loved her way of moving. Sometimes you use your instincts and they pay off. She has such compelling stillness as a performer, either live on stage and in front of the camera and it just contrasted and complimented what Ryuichi was doing perfectly.

JULIAN: I drew a lot of inspiration from what Ces and Ryuichi were doing in the video during the shoot.  Both of them have a very strong and comfortable sense of and are confident (far more than I am) in how they move/act, even in their stillness. Ryuichi’s movements for the video blew my mind. I learned so much from him about performing. 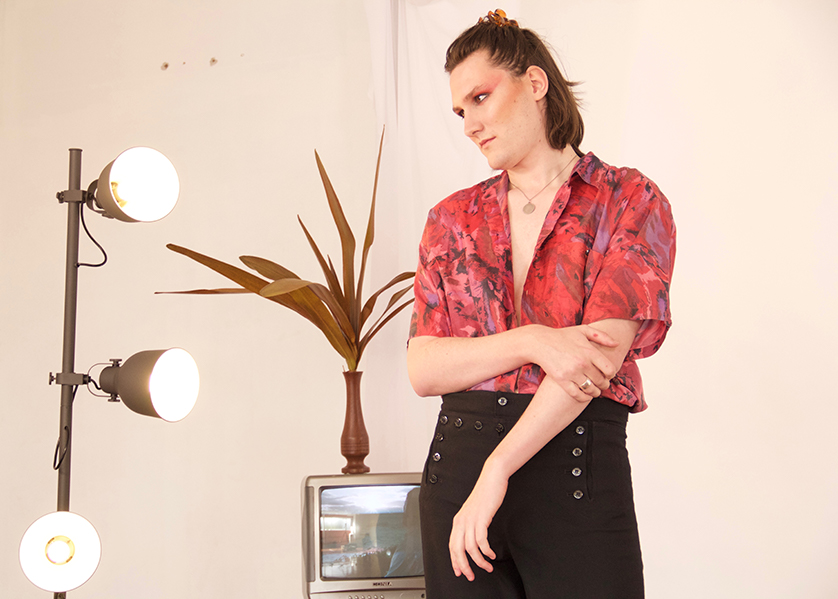 How did you develop the ideas within the video and how do they tie to the song?

JIM: It’s a pretty complex track (a little deceptively so) that does so many different things as an arrangement while still retaining a real accessibility and immediate appeal. I think that’s one of the hardest things to do musically. I’m not saying we completely pulled it off but that was the intention. We didn’t want to directly mirror that in the video and we wanted it to add and augment what is happening musically as opposed to just replicating it, which is what I think a good music video should do.

We were really keen to allow Julian to devise something that allowed him to experiment with the Joan Banoit character and, through some pretty detailed improvisations and discussions, put something together both personal and really playful. We also definitely wanted to try to produce something that reflected Joan Banoit’s music (and in particular this track) in looking both forwards and backwards very aggressively in equal measure. So, through lengthy discussions between our amazing directors and Julian and the improvisations, they just really let him go and allowed him to shape the content that would become the video in response to and around the track.

I think it’s a very personal video in a lot of ways, while also never really giving away what is personal and what is a performance in what Julian is doing. We’d just produced a very heavily scripted and controlled video for Joan Banoit’s first single ‘Bet Me’ and really wanted this to be the inverse of that.

Technically, we wanted the form of the video to also reflect the track’s fairly extreme mixture of references to music history (the especially certain tropes of 80s and 90s synth pop) and contemporary innovations in digital music and film. I don’t want to be overly proscriptive here but certainly the ways the directors used the handycams (and especially their zoom functions) references a fairly specific period of history and music history. There is also a series of videos of Depeche Mode, New Order and Joy Division referenced (the latter’s use of stillness in their videos is really amazing).

There was also a conscious referencing of performance art techniques and styles from that period, married with the more contemporary style of performance and digital filmmaking. The use of the footage shot on the black magic is very selective but really arresting I think and in such contrast to the handycam footage. 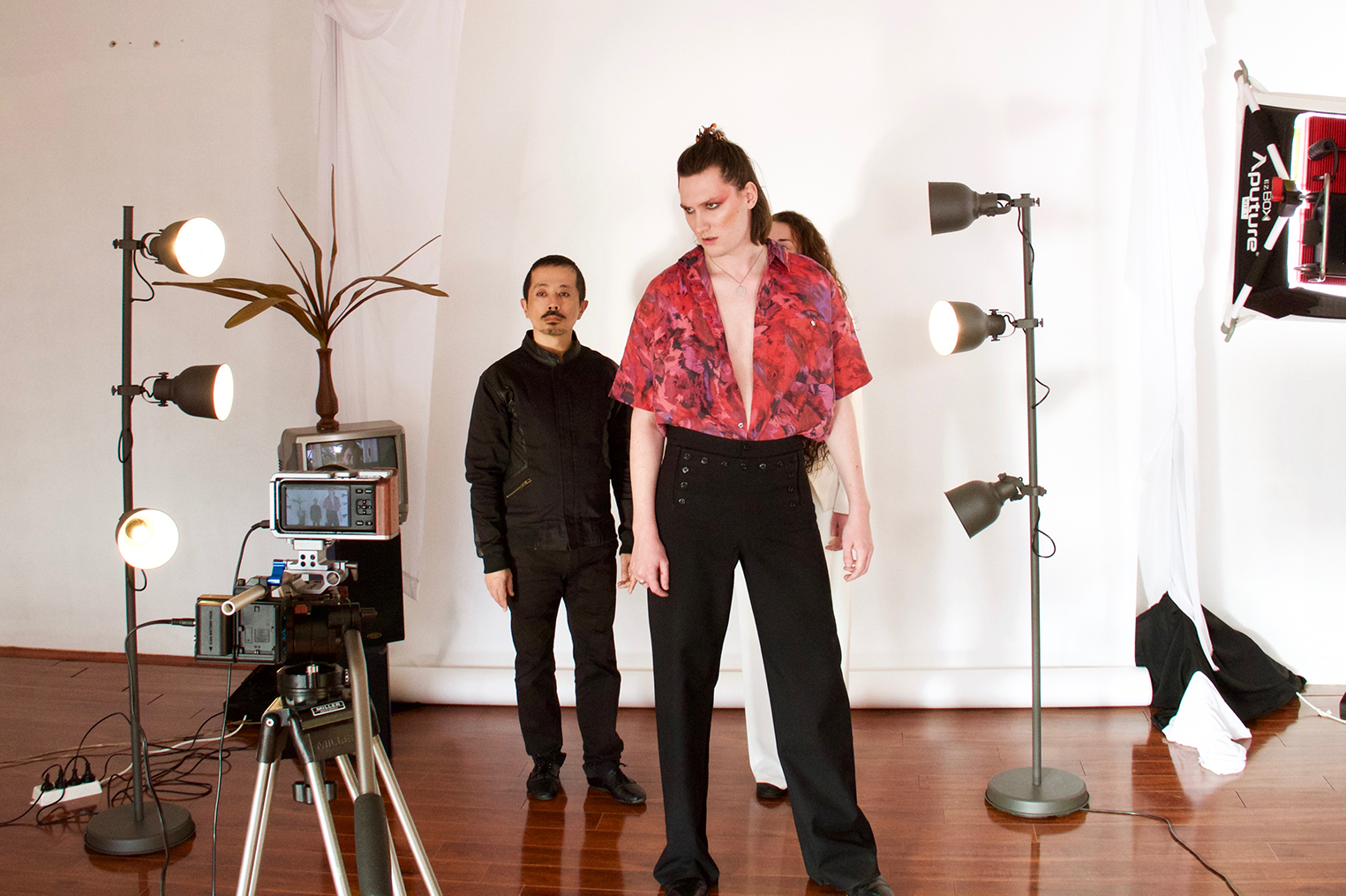 There is no rest for Jim and the Lazy Thinking team, as they focus on finishing Joan’s album and potentially developing more videos off his record. On top of this, the team is simulately gearing up for the first release of another Lazy Thinking artist, Moniker and have plans to sign several more artists towards the end of the year. As Jim puts its “We will sleep sometime in 2019.”.

Here is the official CLIP for “Mount Agony” by Joan Banoit