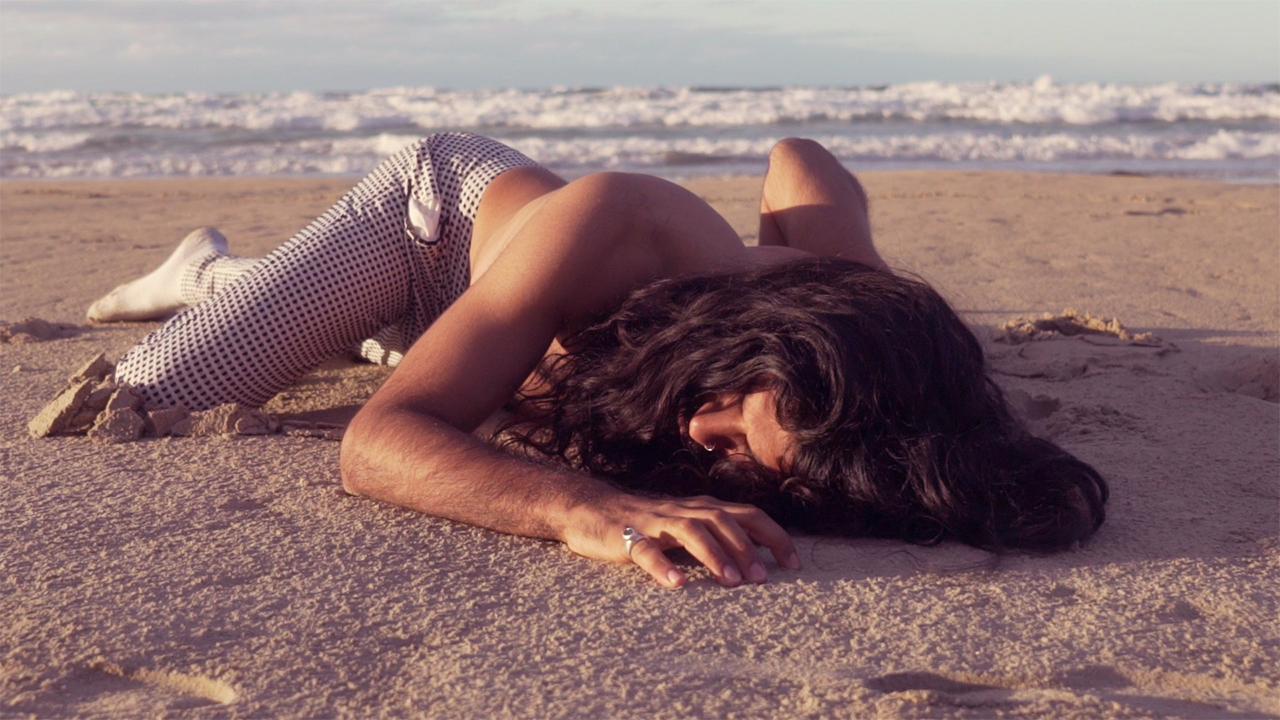 [dropcaps type=’normal’ font_size=’60’ color=’#ed145b’ background_color=” border_color=”]T[/dropcaps]hat peaceful quiet of deep thought, where rumination and contemplation take your mindset to the very edge of reality, that dazy space between awareness and oblivion. It’s an almost indescribable sensation and yet somehow, in their latest video for ‘Falling’, Mish Mash Radio Ensemble have been able to so perfectly capture it. 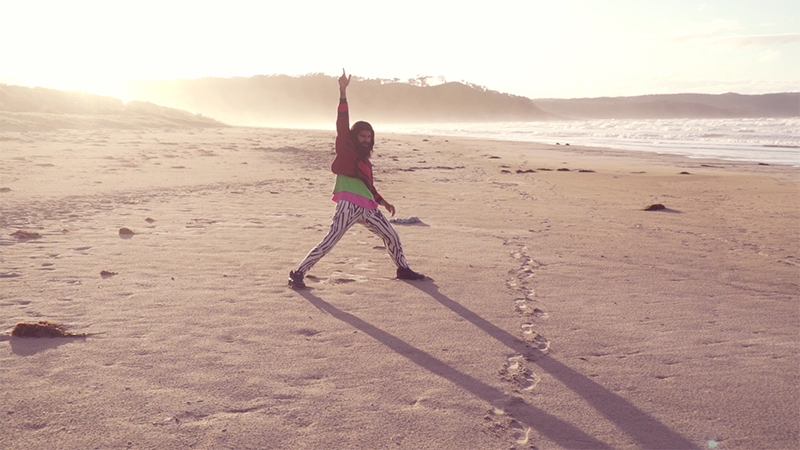 With a simplistic guitar base coloured so delicately with chorus-laden bends and slides, then overlayed with dreamy vocals, ‘Falling’ has this wonderful meandering nature to it, almost feeling like it was born out of some absent-minded guitar playing in a sunbeam and a light breeze. Though we’re kind of in the ballpark with the physical setting, according to Mish, the actual genesis of the song was much more precise: “In the past, I have written songs that started with directionless noodling but with ‘Falling’, I knew exactly what I was aiming for.”

“This is a very personal song and it reflects on the relationships that fade away with time. Falling in love gives us so many beautiful things and a mirror to who we are but the loss of love or relationships can leave us feeling lost and lonely, even when surrounded by people. I wrote the lyrics before any other parts and the words just flowed out like a fountain, it took me 15 minutes to write the whole thing and I could imagine the melody as I went. I was on the deck of a large container ship when I was writing the words and the infinite ocean view definitely added something to it.” 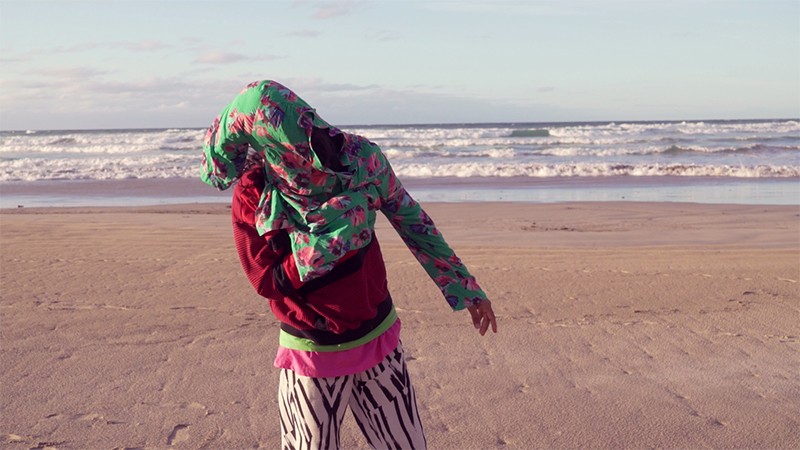 After the live premiere of ‘Falling’ at CLIPPED Premieres recently, the audience was lulled into a certain state of blissful reflection by the infectious vibe of the song and the way the video uses vibrant colour, unorthodox locations and slow motion to heighten that feeling of being right on the edge of a dream. Mish Mash Radio Ensemble member and filmmaker Maisie Cohen explains this approach: “I’ve loved capturing slow motion footage ever since getting a camera that allows for shooting at 100 FPS in HD a few years ago.”

“My first project using this camera was shooting the clip for ‘Dark Room’ by Australian-Sri Lankan artist Elsz, and the mesmerizing movements of the dancers got me hooked. Obviously, it’s important to tailor these things to each video, and I knew slow, dream-like imagery would work really well for ‘Falling’. The song has that sense of being in another world – out at sea or among the clouds – but also a different state of mind. In the shots where Mish is at Luna Park, or surrounded by bright colours and movement, the slowness of the movement and the shots help to depict this different mind state – a feeling of being in your own little world even when surrounded by people and life moving forward.” 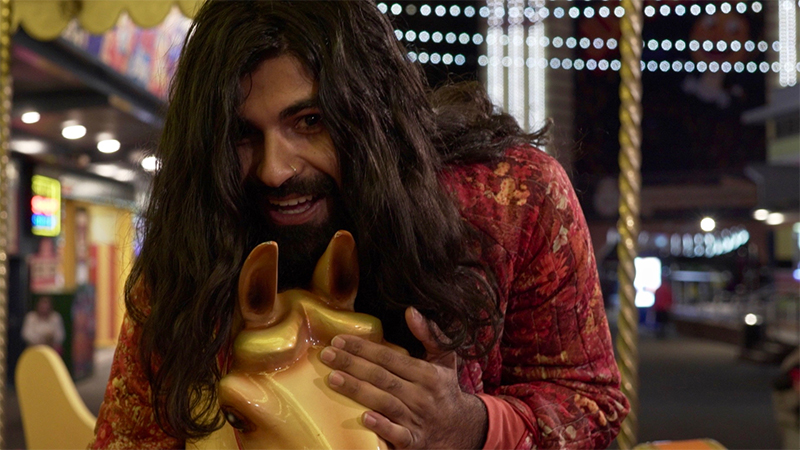 There is a through line to the video, a scene which is frequently returned to of Mish walking along the beach slowly but extravagantly donning clothes. At first the scene seems just slightly off to the viewer, it takes a moment to realise that though Mish is walking forwards, the footage is actually moving in reverse. Once you realise it and once the video leans more into it, it is absolutely mesmerizing.

Though it took some co-ordination, when asked about it Cohen definitely seemed to feel like she got the easier side of the bargain than Mish: “Directing the beach shots wasn’t difficult as we just shot it in one long continuous take – it was harder for Mish, who had to take his clothes off on a cold morning while walking backwards, and end up lying on the freezing sand! We had to rush a little bit to get the shot right while the the sun was rising and the light was perfect – that was the main constraint on us.”

Mish elaborates on his commitment to the scene: “The cold weather was definitely making it harder to stay calm and look peaceful. We did three takes of the whole thing and lying half naked on the cold wet sand was the worst.  Maisie had to drag my frozen body off the beach at the end of the shoot and throw me on a barbecue to defrost me. (Things we do for art, eh?)” 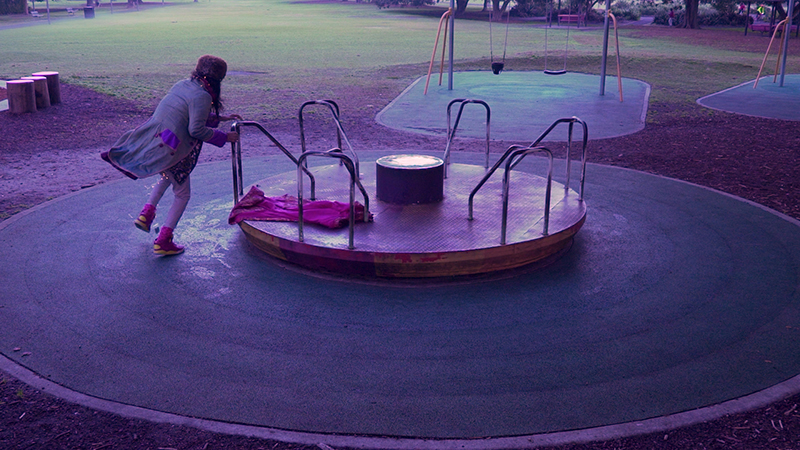 The whole dissection of the process really speaks to the wonderful collaborative relationship Maisie and Mish seem to share. They work so closely together musically in Mish Mash Radio Ensemble and also in their joint production venture Mish Plus Mash, everything they do feels intertwined, even when they take on separate roles with in a project, it still seems so collaborative.

Maisie Cohen describes this beautiful thing they’ve got going on: “I love our collaborative relationship, it’s great to work alongside someone who is also just as invested and involved in every part of the creative process as me. We also have different strengths and skills, which always works to the benefit of our projects. It’s nice to feel you can have creative input in different ways; Mish has been learning more about shooting and editing, and I have given suggestion for the lyrics and music of more recent songs, so it’s really an open and encouraging space in terms of trying and learning new things.” 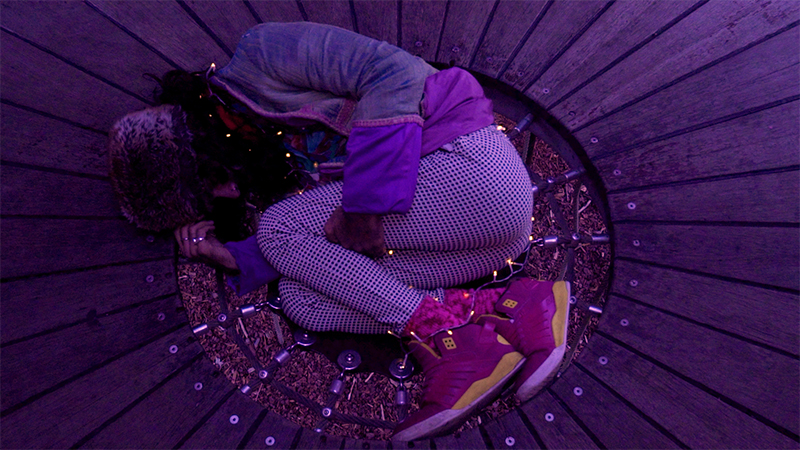 A sentiment certainly shared by Mish: “Collaborating with Maisie has taught me a lot of things, that includes new skills as well as new ways of looking at things. We both have a keen interest in audio-visual creative content and we both have expertise in our own fields as well as basic knowledge of each other’s. This really helps to communicate ideas effectively and execute them… We have a number of works in the pipeline at the moment that we are excited about.”

Here is the official video for ‘Falling’