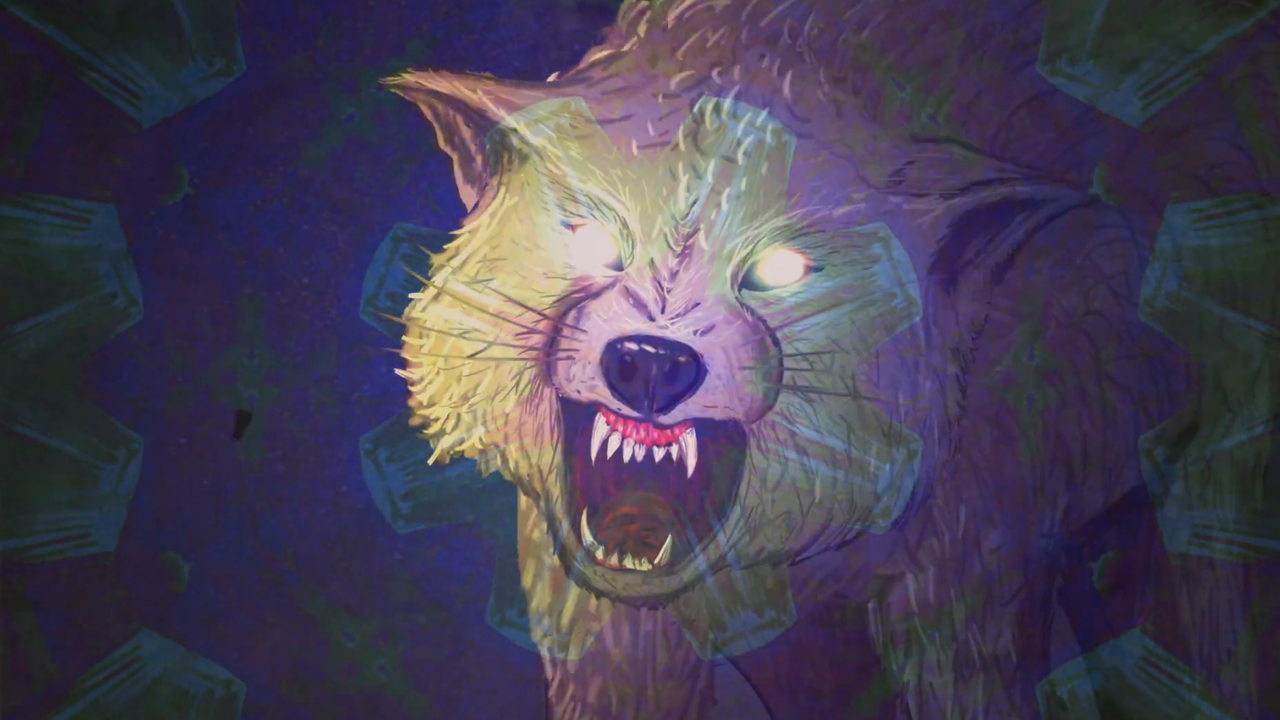 Part outlaw country, part journeyman rock’n’roll, ‘Seasons’ is the latest offering from mid north coast outfit Galleri. What begins as a solemn yet driven trek imbued with gunslinger guitars and shuffling rhythms eventually evolves into an epic and unbridled affair that is as much Hendrix or Santana as it is Johnny Cash. The way the song gradually builds and then unleashes evokes a certain jam band freedom, something emblematic of the way Galleri put the track together: “Jimmy (Moore) started with the simple bones of the song written on acoustic. As a band we threw it around the table but mostly the song developed from jamming and building on the main hook melodies. The breakdown at the end is a bit of fun. We love going on a tangent.” 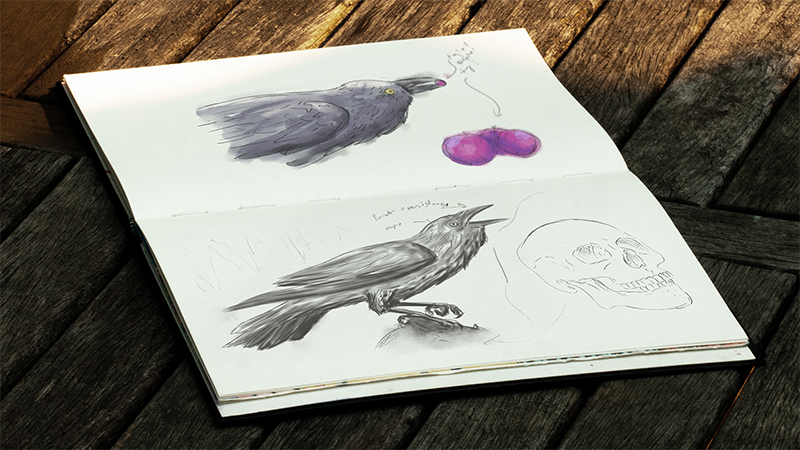 There is a real sense of adventure to the song, conjuring images of wide-open plains, the wild trepidation of the so-called new world as represented in the personal journey of one man. It’s easy to see where animator Daniel Cooper found his inspiration: “When I first heard the track, I couldn’t get that awesomely catchy guitar riff out of my head, it had a real wild west vibe about it and this set the conceptual and narrative tone for the project. It’s really a story about a damaged cowboy lost in the frozen wilds.”

“Conceptually the music video kind of revolves around the idea of how sometimes men, despite the outward appearance of looking tough and capable are sometimes inwardly quite vulnerable and isolated, sometimes we’ve been hurt and never really been able to properly heal or we have wandered off our path and are a bit lost or maybe life has left us really cold and we just need some kind of warmth. The recurring theme of the wolf and the crow represents how when we find ourselves cold and lost our mental state can often run us down and when in these situations we often develop unhealthy coping mechanisms that can ultimately lead us further astray.” 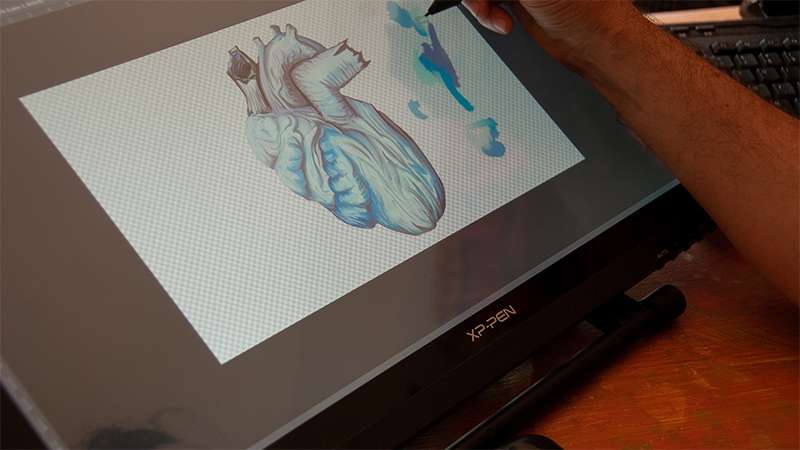 The animated video presents as a coming together of styles, where traditional illustration meets dynamic motion and evocative lighting effects, resembling something of a storybook brought to life that evolves along with the song to become something intense and surreal. In Cooper’s words: “I guess the best way to describe the animation technique used would be digital cut-out animation. It involves using software to lay out my scenes and characters a bit like a virtual diorama.”

“All the assets were digitally illustrated using Adobe Photoshop. I then used Adobe After Effects to assemble and animate each shot. Most of the characters were rigged up as puppets in After Effects using the DUIK plugin. The background was assembled in after effects as flat layers in 3d space, this allowed me to get a nice parallax and depth of field effects in a lot of the shots. I then used After Effects lighting and effects layers to help add mood and a sense of depth to the scenes.” 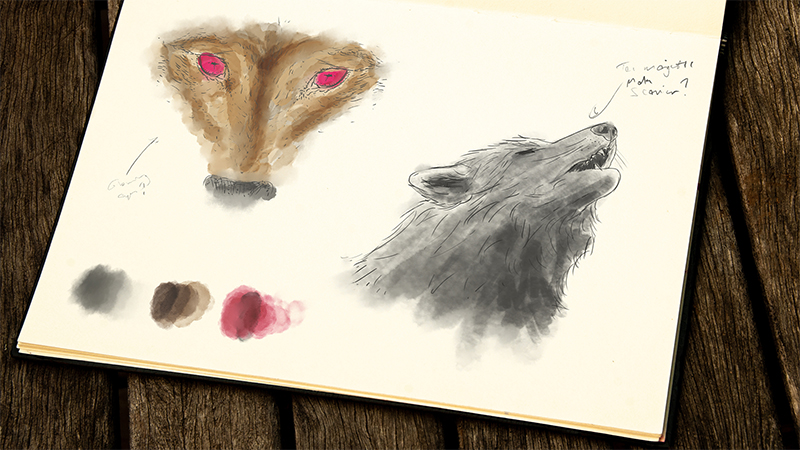 “Visually I was inspired by John Butler Trio – ‘Spring to Come’, as well as Giangrande – ‘Paper Plane’, both songs have amazing animated music videos in a beautiful cut-out style. One of the things I really loved about these music videos was the hand generated feeling and the warmth and tone that conveyed. As this project was going to be created digitally, I wanted to try to and communicate some sense of a hand generated aesthetic which led me to experiment with Kyle bushes in Photoshop, in particular the real oils brushes. I found this approach really helped to convey the tone I was looking for in this music video and I feel the digital-organic hybrid approach compliments and kind of works as an analogue to the folk-rock vibe of the music really well.” 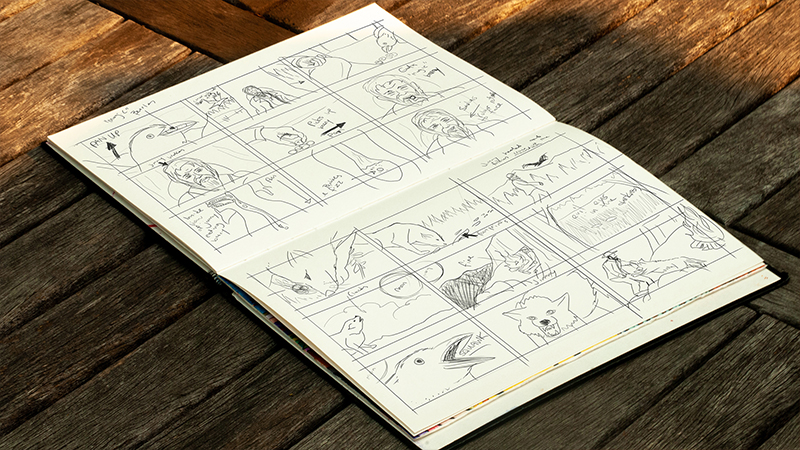 It is a wonderfully involved video, the way it combines traditional imagery and storytelling with expressive overtones to tell a heartfelt tale of a man at his most vulnerable makes for a truly touching experience that adds new dimension to an already powerful track. You can tell that Daniel Cooper has reveled in the freedom presented to him by the band in creating this clip: “Galleri were awesome to work with and gave me full creative control for the music video, they just left me to it and I think this freedom really allowed me to interpret the songs sonic and lyrical qualities on my own level and then develop what I hope is an interesting and appropriate visual response.” 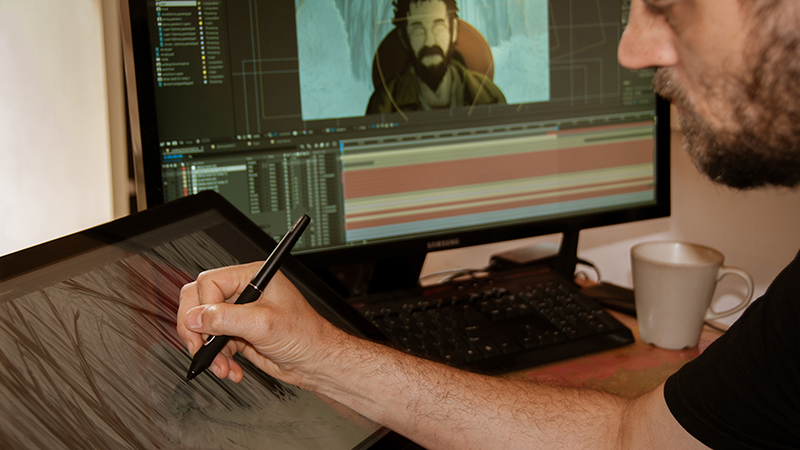 It can be an incredibly vulnerable experience in itself for a band, to pour your whole selves into creating a song then essentially hand your baby over to somebody else to dress. However, when asked to reflect on the process, Galleri had nothing but positives to share: “Dan did an amazing job capturing the feel of the song. We didn’t give him any concepts but let him put his spin on what he felt the song’s imagery evoked. He did a great job of building the main character and the storyline, eerily similar to one of the guys in the band. Daniel’s work is amazing and we’re stoked to be able to work with him and very proud of the clip.”

Here is the official video for ‘Seasons’