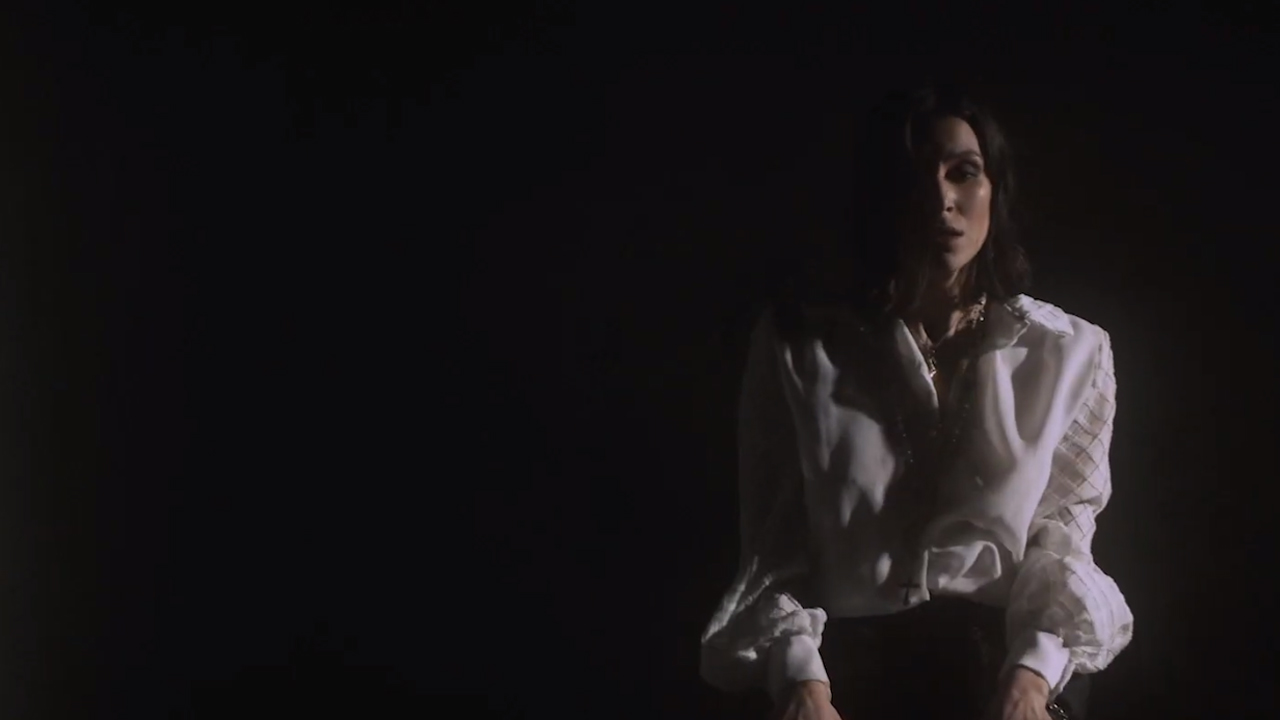 PREMIERE: Sir Jude – What The Hell Have You Done (Dir. Josh Davis)

[dropcaps type=’normal’ font_size=’60’ color=’#ed145b’ background_color=” border_color=”]L[/dropcaps]ove is a gas and heartbreak a fever. The abrasive new music video from Sir Jude for ‘What The Hell have You Done’ – directed by Josh Davis – plunges the viewer into the deep end of a break up, catching an artist embattled in the throes of newfound loneliness and tainted memory. 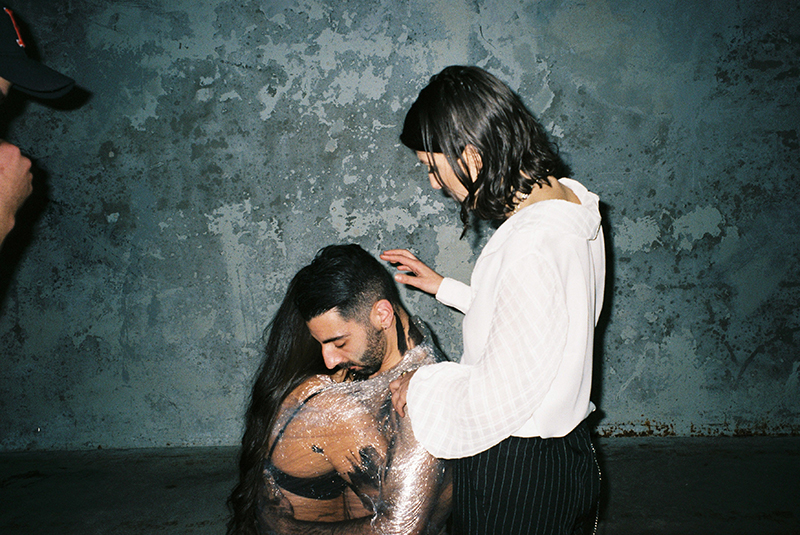 The video clip’s juxtaposition of claustrophobic close ups of Sir Jude with cinematic depictions of enmeshed dancers makes watching ‘What The Hell Have You Done’ feel like a nightmare – the dream manifesting itself in the fevered, hallucinatory imagery of lost love. Writer and producer of the video Juliana Barillaro, also known as Sir Jude, explains that “My main intention with this visual was to emote a feeling that didn’t exactly feel tangible. I did the same with the lyrics, for example “smoke beneath the current”. It wasn’t something I could easily define. It was all encompassing, and all consuming, and ‘fever’ like. But trying to represent such an idea, so delicately and authentically was a challenge. It wasn’t as simple as heartbreak. It was grief and it was loss, wrapped up in ongoing love. And it was a loss suffocated by layers and layers of perception. I never want to portray anything in a 2 dimensional fashion… So it was important to me to, I guess, bombard the viewers with varying perspectives.”

Through the clip the colour red appears in strong, burning flashes, which illustrate the lust and rage embedded in the song’s themes. Nicolas Winding Refn used red similarly in a night club dance sequence in Neon Demon, which evoked a kind of on-screen inferno. Sir Jude’s clip also has a configuration of dancers, beautifully choreographed & performed by Mikayla Mcgregor & Ben Scarmozzino, which bring a frenetic gravity and violence to the visual. Of the depiction of love’s intensity, Barillaro says “It was interesting because when I showed the video to a few close friends of mine, everyone had their own quite specific interpretations. There were mentions of lust and love, hell and purgatory, rage and forgiveness. For me, it was all of those things. It was a ‘visceral’ dichotomy, if you will. And every emotion was being pit against each other. Any setting we created intentionally mirrored that same internal conflict, whether that be desolation, loss, love and/or confusion.” 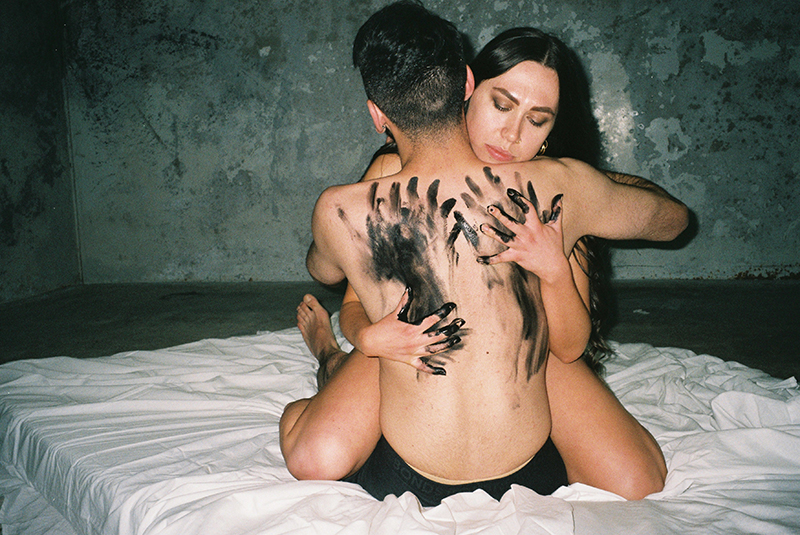 “As for the dancers,” Juliana adds, “I wanted to portray a great mutual love and respect, in the most intimate way possible. As I mentioned before, nothing is one- sided. This song is in most ways a moment of self-reflection. Despite the title, it’s not accusatory, but an open-letter of vulnerability. The shadows lent once again to the notion of perception – the question of whether something actually is as it seems. Mikayla Mcgregor did such a wonderful job with choreography. I wanted her creative input as much as my own and Josh’s, because it added another layer of perception to the story line. I didn’t tell her much about it at all. Listening to the song was really all she had to do. My only preference was that it was emotive, stylised and real… Both her and Ben Scarmozzino did just that, I couldn’t have asked for anything more. They’re both incredible. There is one shot in particular that just tears my heart strings; it’s perfect.”

The video’s set design smacks of the decaying urban interiors depicted in films such as Bruce Robinson’s Withnail & I – the stark, monochromatic backdrops and colours through the clip seem to externalise a mind ill at ease. Director Josh Davis explains: “We based everything around our three performance settings being the red lounge, the concrete room and the shower. Each possess drastically different colours and textures, culminating with the emotional atmosphere we aimed to achieve visually. For me, it was important to visualise these settings in a way that juxtaposed them, but also synchronised them to truly depict the emotional strain described in the song. Besides all this, we really just aimed to build settings that suited the vibe of the music and were visually appealing.” 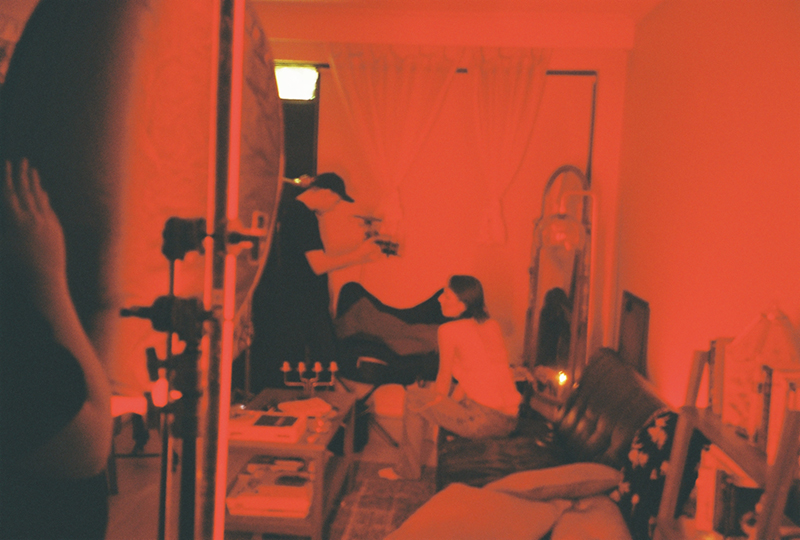 Vivid flashback moments in the clip have a blurry, lo-fi quality which, at times contrasting with the video’s more high end, cinematic camera work, creates an interesting juxtaposition, evocative of the dreamy, diaristic filming techniques of Jonas Mekas. Regarding the mix of multiple camera and editing techniques in the video, Davis details: “My approach to blending the flashback shots to the rest of the video was to separate the two looks entirely. I didn’t treat them as the same video, paying less attention to the flashbacks in the way that reflects the recalling of distant memories; short glimpses of unclear and dreamy imagery. The flashbacks don’t represent specific people, their purpose is just to insinuate emotional turmoil in conjunction with the emotionally driven performance.”

The exploration of dance as an expression of sexuality and conflict through the video intensifies the song’s sonic qualities and makes the visual a multi-disciplinary feat – the physicality of the dancers alone tells an engaging and at times confronting story. Davis elaborates that “The idea of having dance performances in the video was introduced fairly early during our pre-production process to portray exactly what you described – an expression of sexuality and conflict. During early discussions, Juliana relentlessly advocated for these two dancers that she knew and wow, was she on the money… Although I have no background or knowledge of dance choreography, I had a strong idea of what I wanted their interactions to look like, but once we got to set I was absolutely blown away. Our two dancers, Mikayla and Ben, spent some time together days before the shoot to choreograph themselves perfectly. We couldn’t have been happier with how the choreography turned out and what amazed me even more was their ability to work together. Their natural ability, coupled with how comfortable they were working so intimately together meant that they could respond to creative direction seamlessly. This meant that I could build upon what they had established as an emotive narrative through their initially choreographed interpretation of the song.” 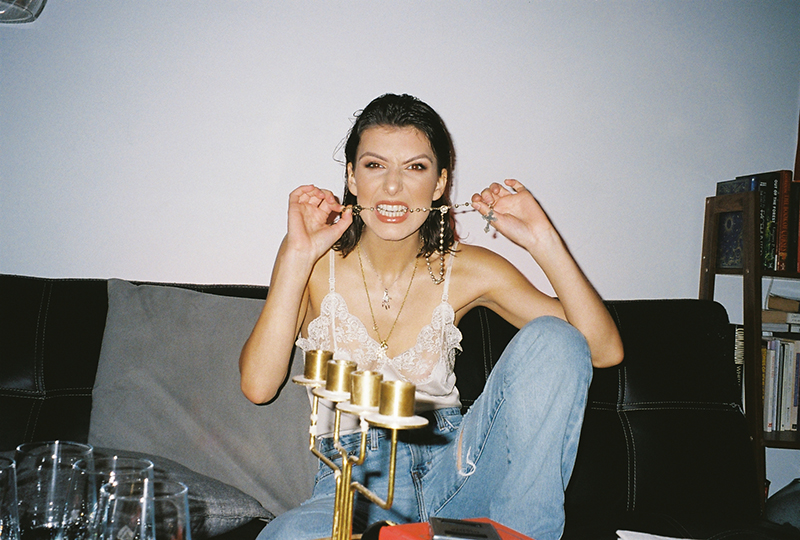 And so, as for love and war, and most things, nothing is fair – in fact, as Bukowski put it, love can be ‘a dog from hell’. However, the glory of art, and video for that matter, is its uncanny ability to represent the unrest of living, so that the viewer may feel less alone in their heartache, and perhaps even understood in their pain. Sir Jude’s ‘What The Hell Have You Done’ is a vivid testament to this ability, plunging its viewer into a lovesick purgatory, so that the act of the dive makes a nightmare feel all the less stranger.