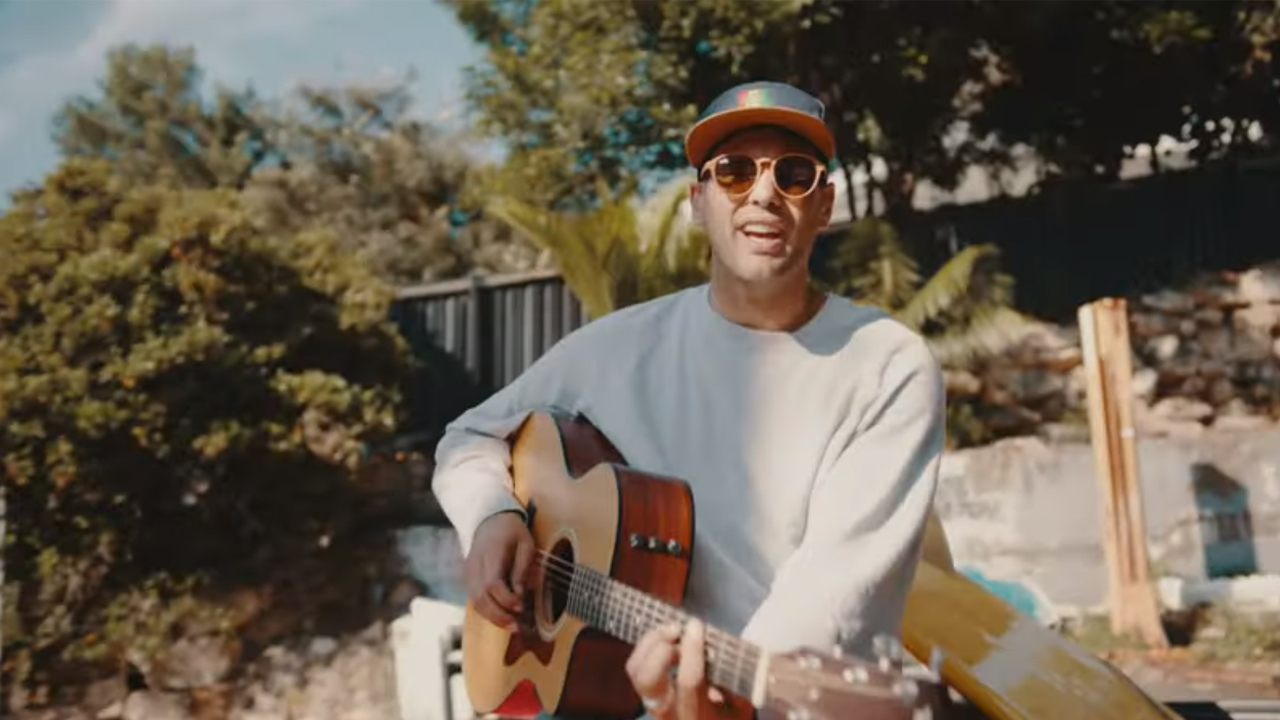 [dropcaps type=’normal’ font_size=’60’ color=’#ed145b’ background_color=” border_color=”]F[/dropcaps]resh on the scene Sydney trio Imperials describe themselves as Trop-Pop, and if their new single ‘Carolina’ is anything to go by, the genre handle couldn’t be any more fitting. Sunny, bright and chill, ‘Carolina’ is a big early call for this season’s official summer jam. The percussive rhythms that carry the track really lock in that vibe of boppy but laid back, which according to Imperials, just kind of came together naturally: “The track wrote itself to be honest, ‘Carolina’ was about a breakup but we wanted the music to convey something totally opposite to that particular event. We did however intend on making it percussive with the production as we were inspired by foreign sounding drums and percussion.” 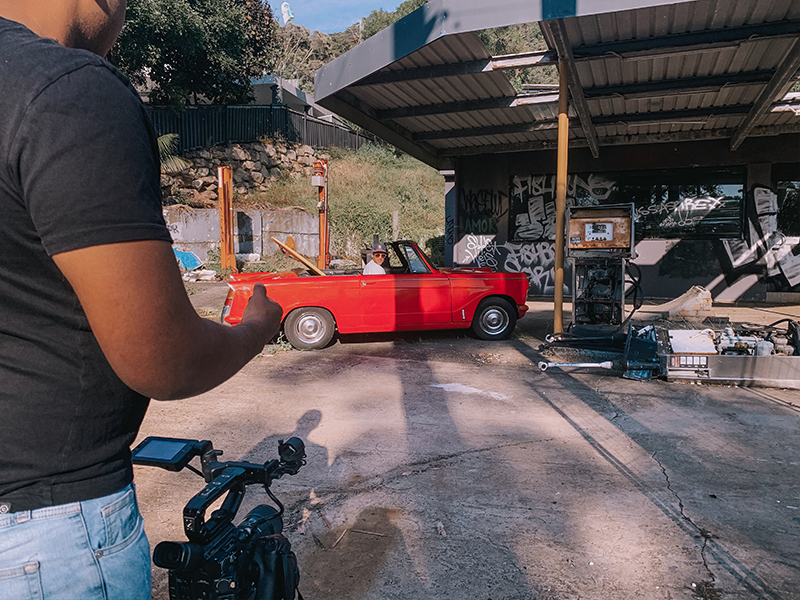 Given that Imperials are a trio centered around two guitarists, it’s both surprising and refreshing how restrained the guitars are on this track. The production really places the focus on the dual vocals and percussion, using the guitars for the most part as colour on a canvas rather than a dominant feature. Paul discusses the process of getting this balance right: “Ingrid and I have played in very guitar driven bands or projects in the past where they are the focus. Imperials is kind of a guitar band in a way because we write songs with a guitar, usually. So, we wanted to find a way to keep true to that part of ourselves.”

“Those dreamy tones and sounds were made using guitars and that’s the glue of the track. Using big nostalgic 80’s sounds to try and make you feel something was the goal. Ingrid and I are both guitar nerds so we love all of the guitar gods of the past so we always want them to be a part of our music but the way we approached this was trying to find ways to make the guitars become almost like synths. We just wanted them to be cool, really. For example, the post chorus and the bridge is where you can really hear it, that is actually a guitar using a POG with a bunch of delay. If you listen very carefully in the second verse you can hear some extra noodling in there too.” 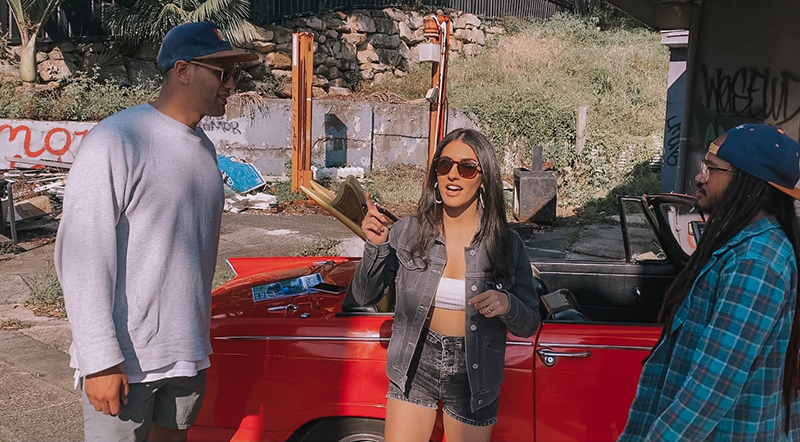 Josh Paul teamed up with Sydney based production company Skylake Media to put together the track’s video, a collaboration he speaks extremely highly of: “Aman (Sharma of Skylake Media) just let us do our thing, the process was so genuine and fun, it didn’t feel like we were shooting a video!” That relaxed vibe on set really transfers to the video which perfectly captures the summer vibes of the track. As the band soak up sunshine, driving around with the top down, the obligatory surfboard and guitar sticking out of the back seat, it’s impossible to not get caught up in a warm nostalgia for summer holidays and road tripping with friends.

“We wanted to share a piece of our lifestyle with our audience and that is music, friendship and the beach. The vibe and colours you see in the outdoor scenes were shot during sunrise. We were up super early for this but wanted to capture the beautiful yellow/orange hues. From a technical point of view, we added lighting for the indoor scenes to set the tonality of the atmosphere. Aman who shot and edited the video did a great job in enhancing our vision of sunrise, even though 50% of the scenes were shot in a controlled environment.” 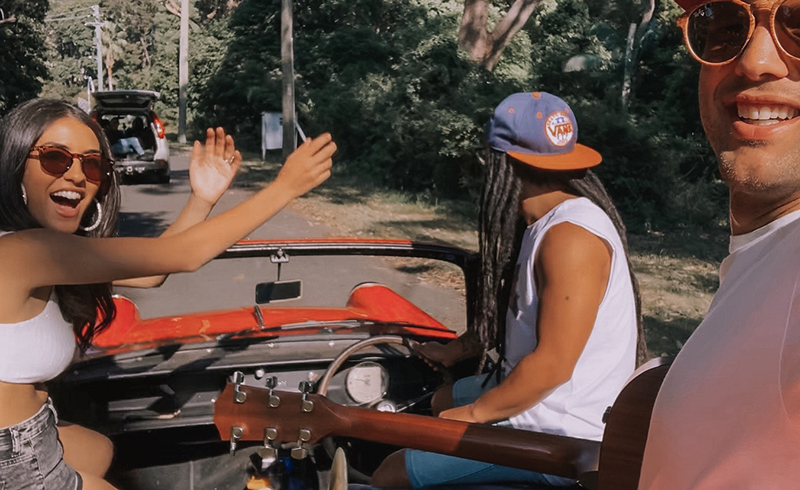 The video and track are thoroughly effective in putting anyone in reach in that summer mindset, even as I sat here typing and looking out the window at a pretty miserable cloudy day, all I wanted to do was feel my feet sinking into the sand as the last remnants of a wave washed around my ankles. So, pro tip from me in closing, when you’re checking out ‘Carolina’ I suggest preparing by picking up a six pack and calling in sick to work, because Imperials are bringing the summer FOMO on real strong and you’re going to want to be nearby a beach when the vibes set in.

Here is the official video for “Carolina”