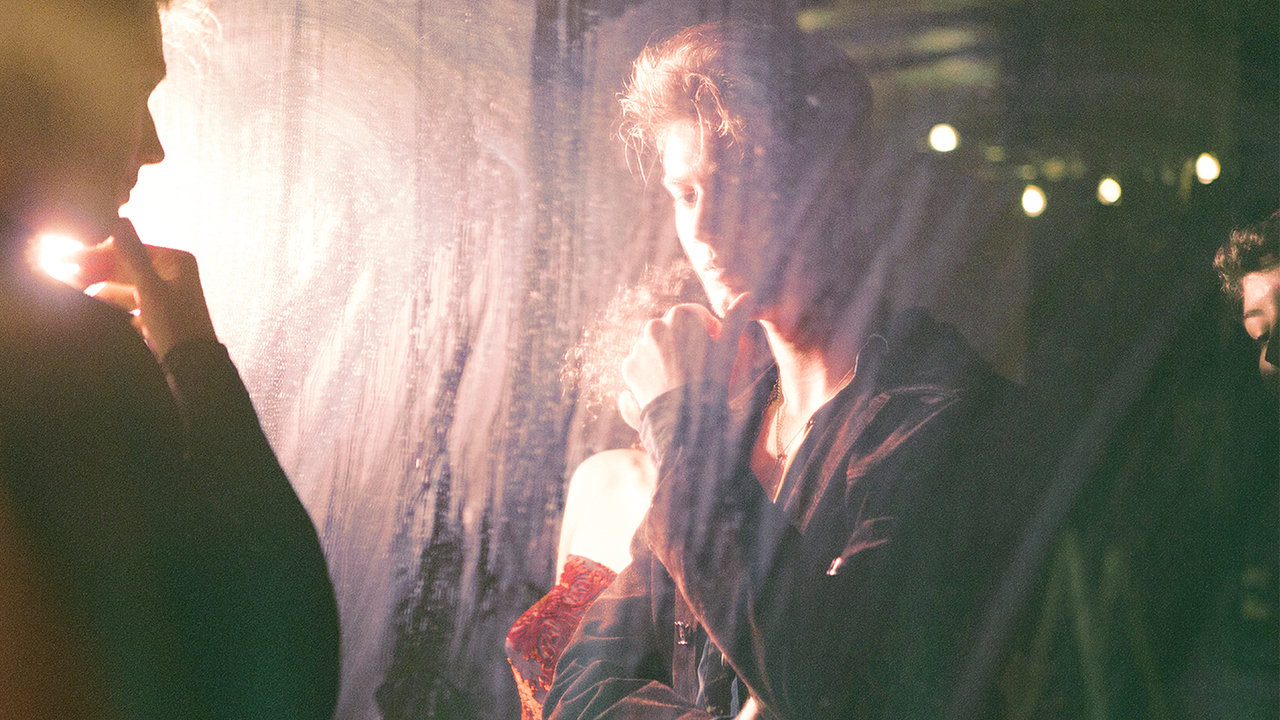 [dropcaps type=’normal’ font_size=’60’ color=’#ed145b’ background_color=” border_color=”]W[/dropcaps]hat a year 2019 has been for upcoming Sydney-born now USA-based indie hip hop artist Jay Cooper. After making the move to be based out of LA, Cooper has been taking on opportunity after opportunity, collaborating with the likes of Selasie Wussah, Common, Robert Glasper and culminating with a tour of Europe alongside Annahstasia and Lenny Kravitz. 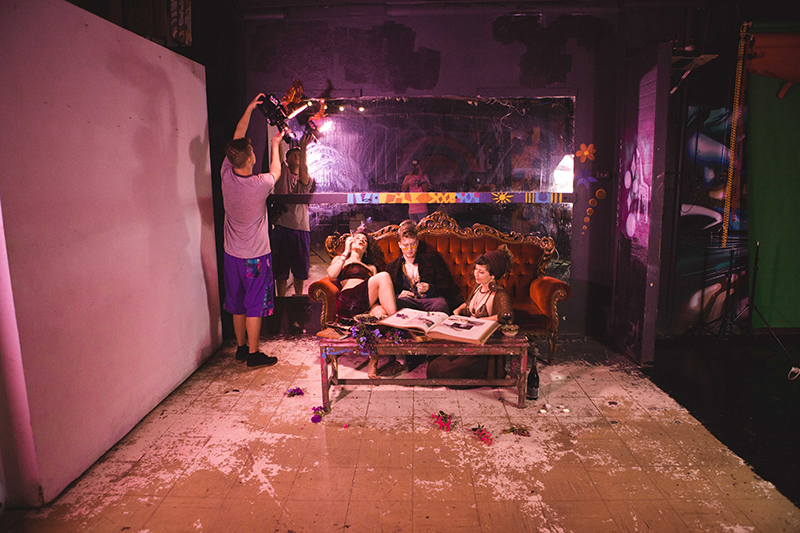 However, for Cooper, when it came to writing ‘nonethewiser’ it was at least in part, inspired by a touch of homesickness: “I had this loop that I made with Colt Coleman, a guitarist from LA who’s become one of my closest friends.  We recorded the idea on the first day we met, as a sort of icebreaker, and I just tucked it away on the hard drive.  Two years later I was in Vancouver & was experiencing a kind of love that was very new to me.  I had a moment alone, dusted off that beat, just started freestyling to it.  The original files were lost so I just had this tarnished MP3 to work with, which gave it a dry and eroded sound, reminding me of summer in Australia. It was snowing outside and I was planning a trip back home to Sydney, so I think my mind was already there, ahead of me.”

As a result, ‘nonethewiser’ definitely has a coming together of two worlds feeling about it. Symphonic airs preceed basement beats creating an experience thatt is cinematic and expressive, while also being grounded and gritty. Cooper ponders the genesis of this dichotomy: “I was in a complete daze about this love, we had started spiralling into each other so fast and before we said goodbye the last thing they told me was that I had a way with words, and a wisdom to say the right things, like a kind of medicine.  The next day I remember thinking, I really don’t know what I’m doing, or talking about, but maybe I’m just a better poet than I thought.  It’s the same thing with music, I have no idea what I’m doing, but there’s an art to surrendering to the universal language that we all enjoy, and just participating as an enthusiastic amateur.” 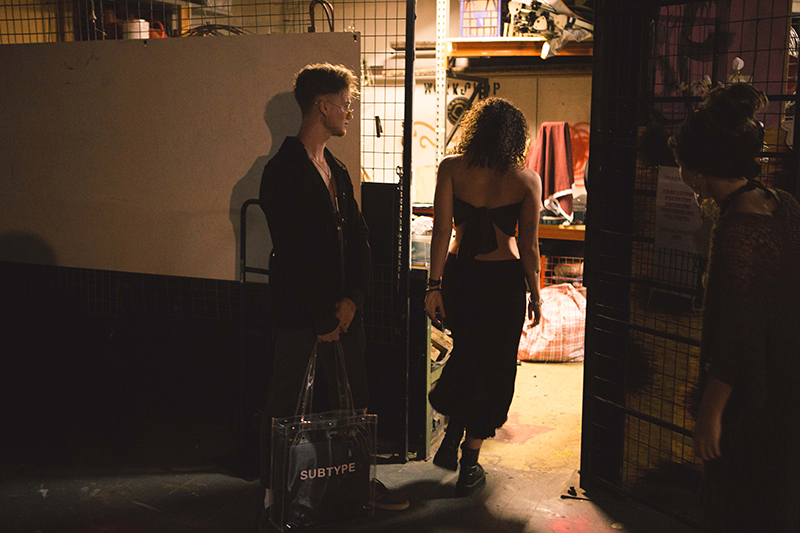 “The strings are what happens when that sort of mentality meets a solid musical foundation; when I got back to Australia, I reconnected with some of my most important influences in Sydney music, Jacques Emery and Anatole, who played and designed the string parts, respectively.  I thought it created this amazing effect, the casual and raw nature of the song combined with the cinematic depth of the strings.  I think that influenced the thematic duality of the video as well.”

The song’s video, shot by Sydney artist Fling Fling, but penned and edited by Jay Cooper himself, presents Cooper in two opposing worlds. Atop sunlit cliffs overlooking the Pacific, Cooper is absorbing freedom, light and space. In the other scenario, Cooper is with two counterparts in a kind of basement apothecary club, intimate and dank, enjoying a similar freedom in a very different locale. When asked how they approached the bringing together of these worlds, Fling Fling replies: “The drone shots were planned and organised, we wanted a sense of scale for the outdoor shots which paired well with the interior single shots of Jay in the club. It gives the sense he’s recollecting or trying to collect his thoughts as paired by the lyrics.”

Cooper adds: “Originally I just wanted to paint this romantic picture of the Australian coastal landscape, the wind in your hair and the smell of eucalyptus.  This love of mine told me that my music sounded the way eucalyptus oil felt, and I took that to heart.  The dark scenes were a sort of ode to the underground Sydney music scene that was a big part of my musical expression as a teenager.  Performing and honing my skills in these spaces meant a lot to me growing up and trying to work out my identity as a creative… I have a lot of good memories in these types of spaces, at events like the ones that Fling Fling & Flow Fi used to put on, and we talked about collaborating on content a few years ago.  It was important to me to take that opportunity to finally bring everyone together to meet on a piece of my own work.” 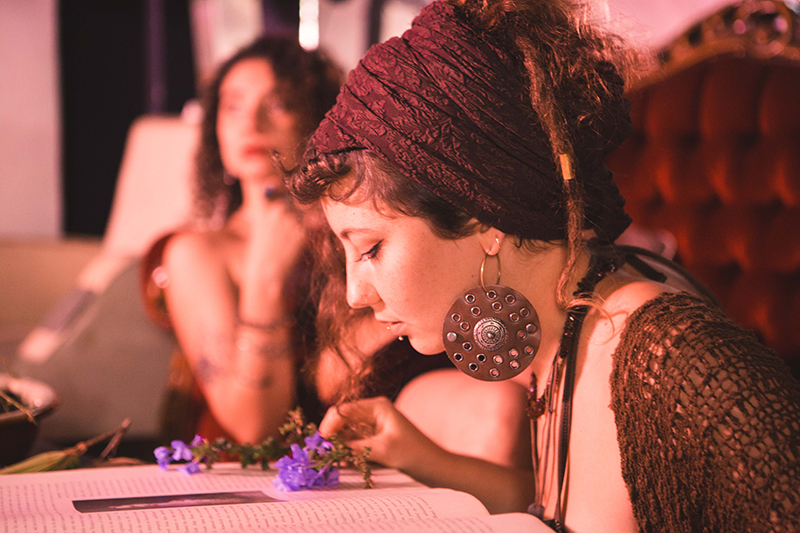 “The two spaces to me represent the sort of magic that seems to go on behind the scenes of an artist working to discover, create, and share a narrative.  You won’t always know what’s happening in peoples’ personal lives, or what the creative process is really like, and I like to play with that mystery.  Usually the soaring heights that people can achieve come from these seemingly endless days and nights in the lab, searching for a way to explain or translate, working to craft and decipher the complex feelings or circumstances of these moments.”

The video presents a comprehensive glimpse into the foundations on which Jay Cooper is beginning to build his identity and what will eventually be his legacy. The essence of ‘nonethewiser’ as this specific and honed piece of music that traverses a cool and complex passage between two different but never-warring approaches is brought to life in this video that revels in its own divergence. The video carries an importance for Jay Cooper as an offering of his very self, as he describes: “This visual is the first I’ve created, and the first time I’ve released a music clip that I’ve edited on my own.  It was really important for me to make the edit myself, so I could explore my own rhythm & colour with it, figure out what I was capable of in this other medium.” 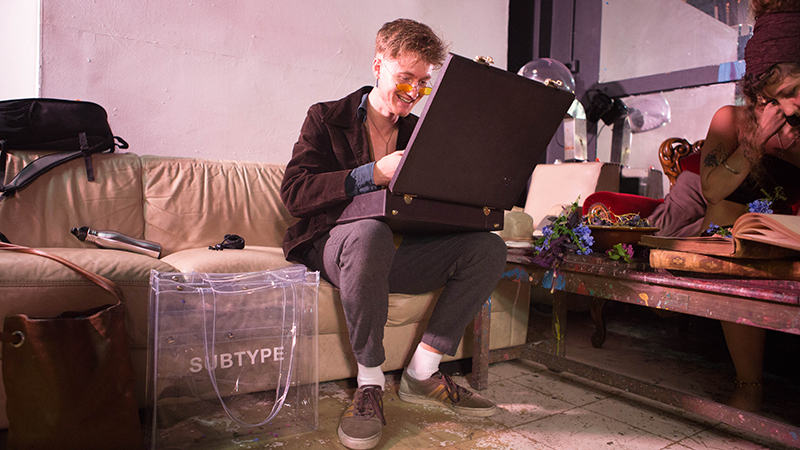 ”Growing up in Australia and now being out in North America as an artist, I feel this responsibility to represent where I came from, and be true to the things that make me unique when I’m out in the world.  I’m always surprised when Australian artists, especially in this new wave of R&B/hip hop universality, mimic these American sounds & imagery so heavily, but I also have seen this inspiring way of embracing the way we speak & dress down under, and I’m interested in bringing that around the world.”

Here is the official video for ‘nonethewiser‘