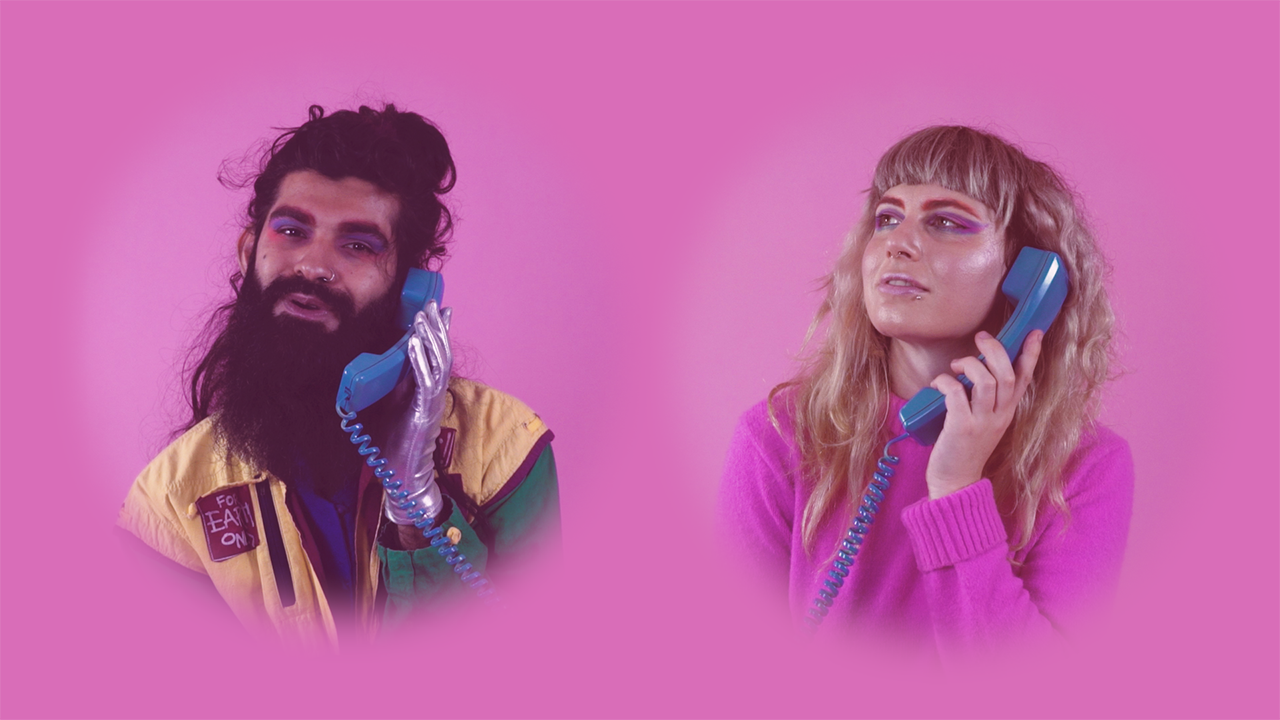 [dropcaps type=’normal’ font_size=’60’ color=’#ed145b’ background_color=” border_color=”]I[/dropcaps]can’t think of a better way to describe the music of Mish Mash Radio Ensemble than the vibe we are immediately presented with in the opening of this video. A vintage UHF TV sitting atop some brightly coloured foam rollers, soaring through hyperspace. Yep. Perfect. 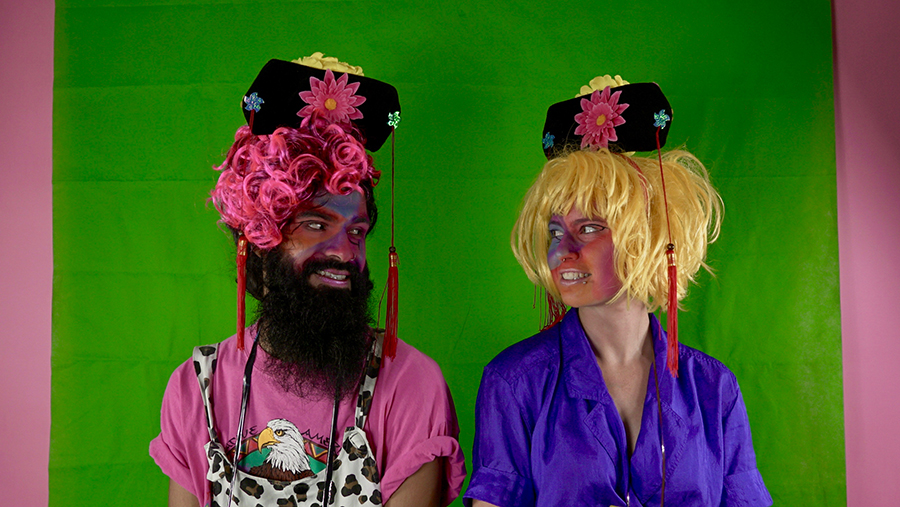 It’s that almost paradoxical coming together of the retro and the futuristic. Soaring synths and spacy vocals, delivered through a lens of 70s/80s sci-fi. The starry-eyed look-forward to that imaginative, wild and out-there world of the 21st century that sadly never came. ‘Satellites’ and it’s accompanying music video make for such a wonderful representation of this feeling.

Mish Mash Radio Ensemble began as the creative vehicle of Indian ex-pat singer/songwriter/producer Ankit Mishra (Mish) in his home town of Ghaziabad and then made the journey with him to Australia in 2017, where he would join up with new musical collaborators Yixin Guoji and Sydney filmmaker Maisie Cohen. 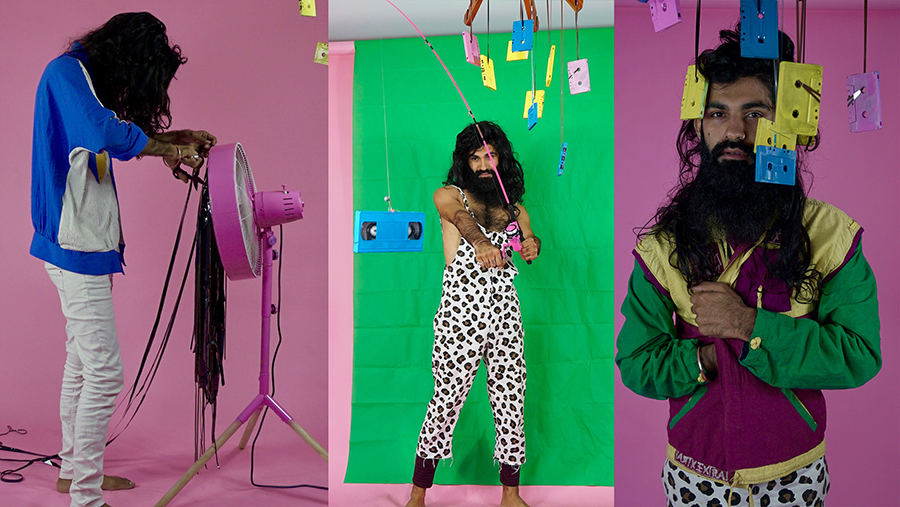 ‘Satellites’, the first offering from the debut feature length album to be released by Mish Mash Radio Ensemble later in the year, features a video centred around it’s creators in Mish and Cohen, and their playful romp amidst a world of colour and nostalgia. “Making the ‘Satellites’ clip was just as important to us as creating the song. We’re both (Mish and Maisie) really into video, and had very specific ideas for the clip – including using a pink photographic backdrop to simulate this soft, pink world, and using the spray-painted props in a colour palette of yellow, pink and blue.” 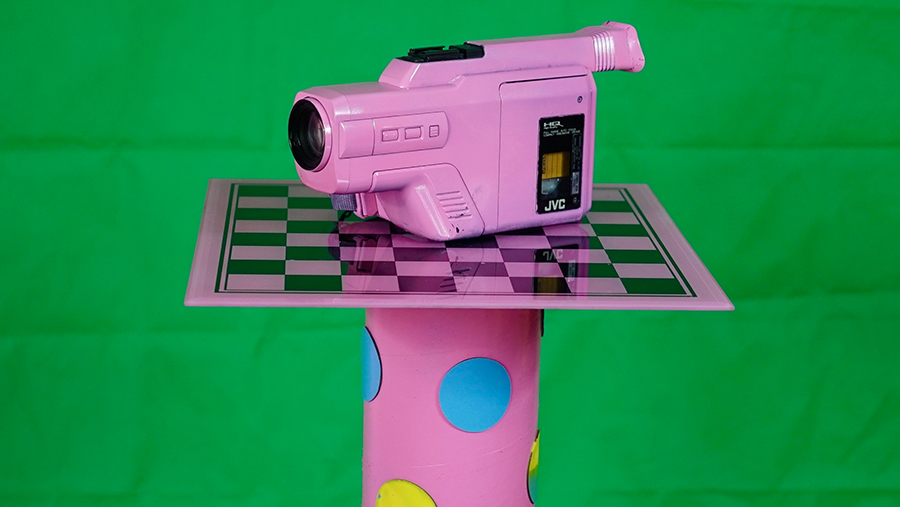 A treasure trove of throwback paraphernalia, ‘Satellites’ is populated by bulky headphones, old bakelite-look phones, giant camcorders and cassette tapes – All doused in luxurious bright colours. “We share a mutual obsession with vintage technology, and wanted old cameras, phones etc to feature in the video… Some of the props we already had, others were sourced from Reverse Garbage or found on the street – including the mannequin (now a permanent band member, who joins us on stage for performances!) It was important to us to use recycled and second hand props as much as possible, as we wanted to avoid wastage.” 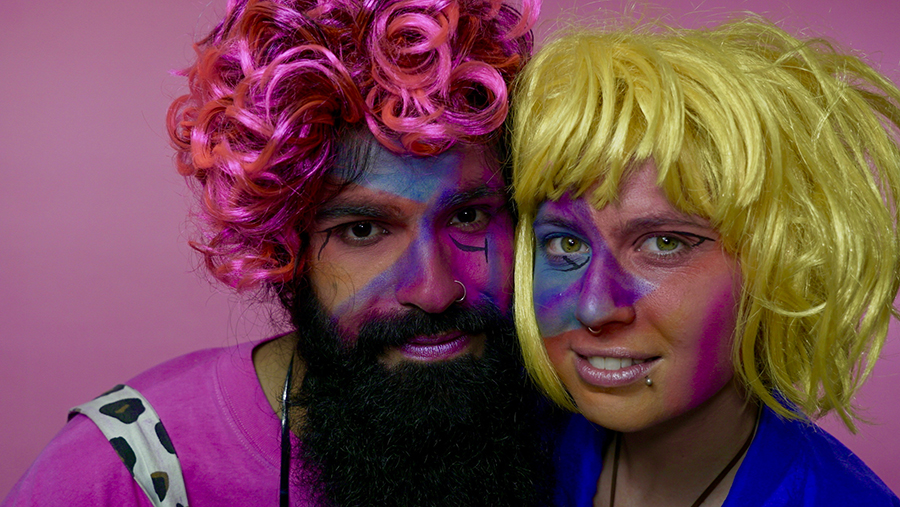 There is something so refreshingly playful about this video. Between the bright colours, the wigs and outfits, the kooky use of the green screen – the way Mish Mash Radio Ensemble make a point of not taking themselves so seriously is thoroughly infectious. By just being its fun self, this video acts as the perfect backdrop on which the beautiful dreamy soundscape that is ‘Satellites’ can exist.

Here is the official video for “Satellites”