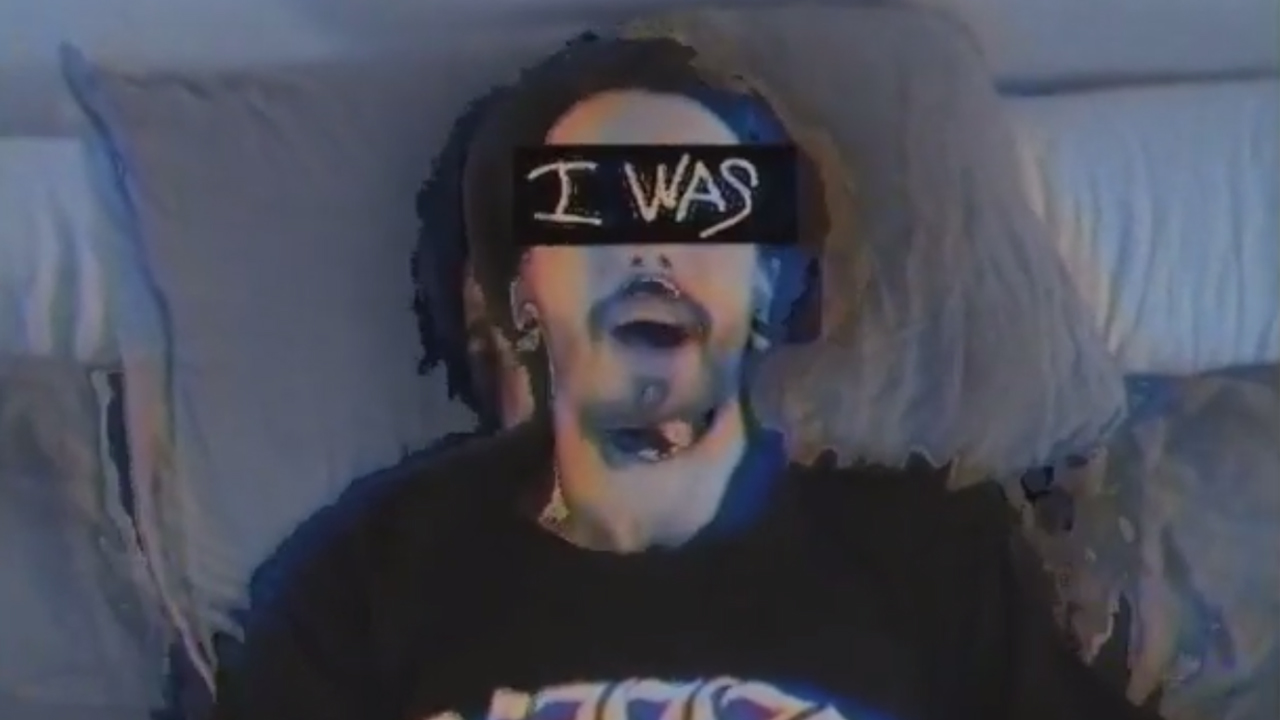 [dropcaps type=’normal’ font_size=’60’ color=’#ed145b’ background_color=” border_color=”]B[/dropcaps]risbane DIY rapper Rivilin is carving a really solid niche for himself of late with his esoteric blend of low-key yet intricate production, emphatic delivery and hints of horror-core. Through previous release ‘fuck face’, Rivilin unleashed some unreal anger on his listeners, a trait continued in his new single ‘neuroscience’ which packs a similar punch of intensity, something especially evident once you are made aware of the song’s inspiration.

“At the end of 2018 I flipped my car on top of a mountain,” tells Rivilin, “causing me to have physical and mental trauma. While I was recovering, I saw my friends and loved ones start to lose interest in me, it really showed who really cared for me and who didn’t. I then locked myself away, started just to write music and focus on improving myself. This song goes over how this situation played out.” 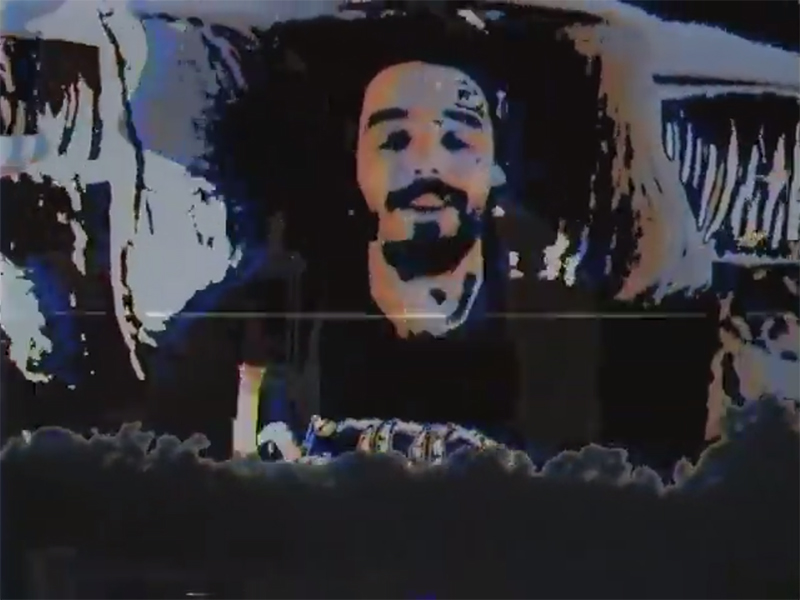 The song discusses Rivilin’s post-accident experiences through a recalling of interactions with a friend, building to a pumping crescendo where the beat transitions from a laid-back hip-hop beat to an energetic funk influenced double-time. Rivilin explains the approach: “The lyrics repeat themselves a total of two times before the drums change, this is to represent the recovery process, almost as if I’m just questioning myself if this loss is really happening. The drum change represent the solidity of the situation, especially when the lyrics end on, ‘everyone’s gone’ to reinforce the statement that I’m alone.”

Rivilin’s delivery throughout the track confirms the extremely personal nature of the subject matter, something the video seeks to highlight through a presentation that is solely Rivilin’s performance. Some fairly common-place restrained performance footage is given a real gritty edge and energy through the work of visual artist and editor Applewhite, who speaks so highly of his collaboration with Rivilin: “When I was first approached by Rivilin to make the video, he made it very clear that he liked my art style and wanted me to have full creative control over the process, that alone made the production incredibly smooth.” 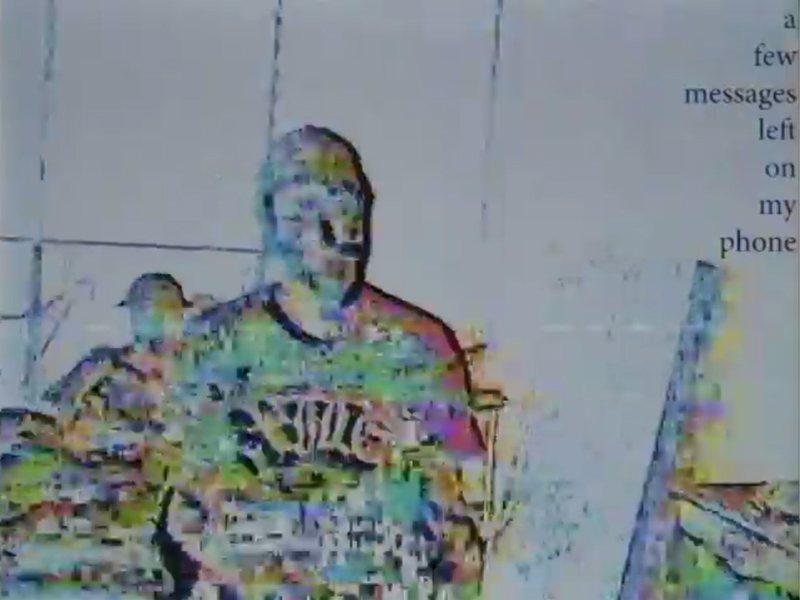 “I listened to the song over and over for a few days before starting work on the project, I really wanted to get a feel for the song’s themes, tone and style. Immediately I was hit with elements of erratic, glitchy melancholy that spoke to the situation Rivilin was in (being in a hospital, barely conscious and reminiscing on a lost friend) and it inspired the aesthetic and tone for the video. As soon as I got the footage, my head was filled with ideas for individual segments highlighting the lyrics, but I couldn’t focus it all into one idea. So instead I did up graphics and concepts for segmented lyrics and transitioned between them, making all the parts unique from each other. I did this so that each watch could be different just by shifting focus to individual segments and focusing on what makes them unique. From there, I applied my predetermined glitchy anti-art aesthetic to it set it to the music.”

Glitchy anti-art is an awesome way to describe Applewhite’s style. With scratchy grunge effects and overlaying of posterized images, it’s almost like a grimy street version of pop art, reveling in it’s own chaos and imprecision. Applewhite continues: “A lot of my art style is defined by various forms of media I grew up with, especially those that fit a very ‘ugly’ or aggressive aesthetic. I’m drawn to artists such as Jimbo Phillips who thrive in styles that are disturbing or disgusting, because regardless of how bold their art may be, it still appeals to an audience. I find that when I get in touch with styles that are objectively off-putting, I’m free to create with no boundaries purely because I’m just creating for myself. So over time my style developed from a love for anti-aesthetics and overly vibrant colour schemes, both of which are encapsulated within modern glitch artistry and anti-art, a style I found easy to adapt to video.” 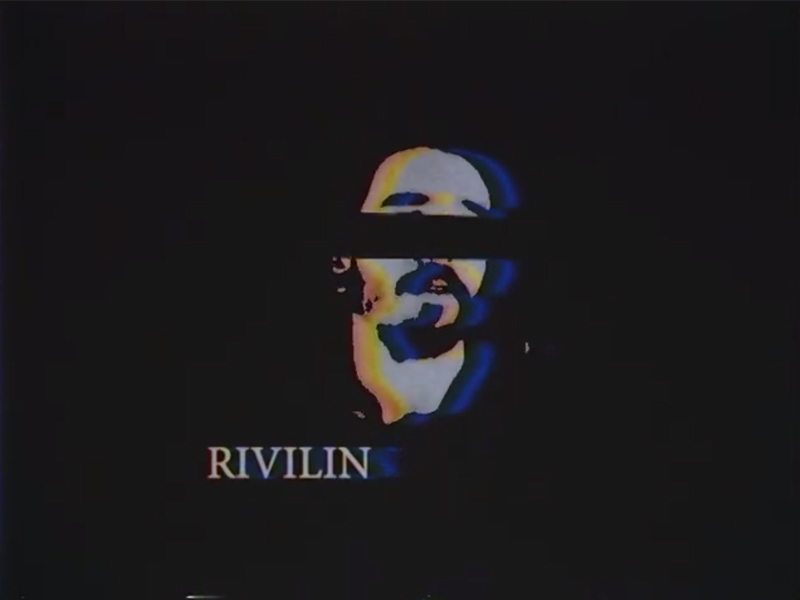 Rivilin’s appreciation of Applewhite’s art and support is extremely apparent and the two seem like a very natural collaborative team. As Rivilin explains: “Appelwhite has been supporting me throughout my musical endeavors for quite some time now, I reached out to him originally asking if he could compile and edit some footage like he did in his Instagram videos. I wasn’t expecting much, especially from the limited footage i sent through. But the editing he did really made the video become something that I truly love. He’s a genuine person, incredibly easy to work with and he got the exact style that I was going for.”

Here is the official video for ‘neuroscience‘

Directed by: Rivilin. Edited by: Applewhite.