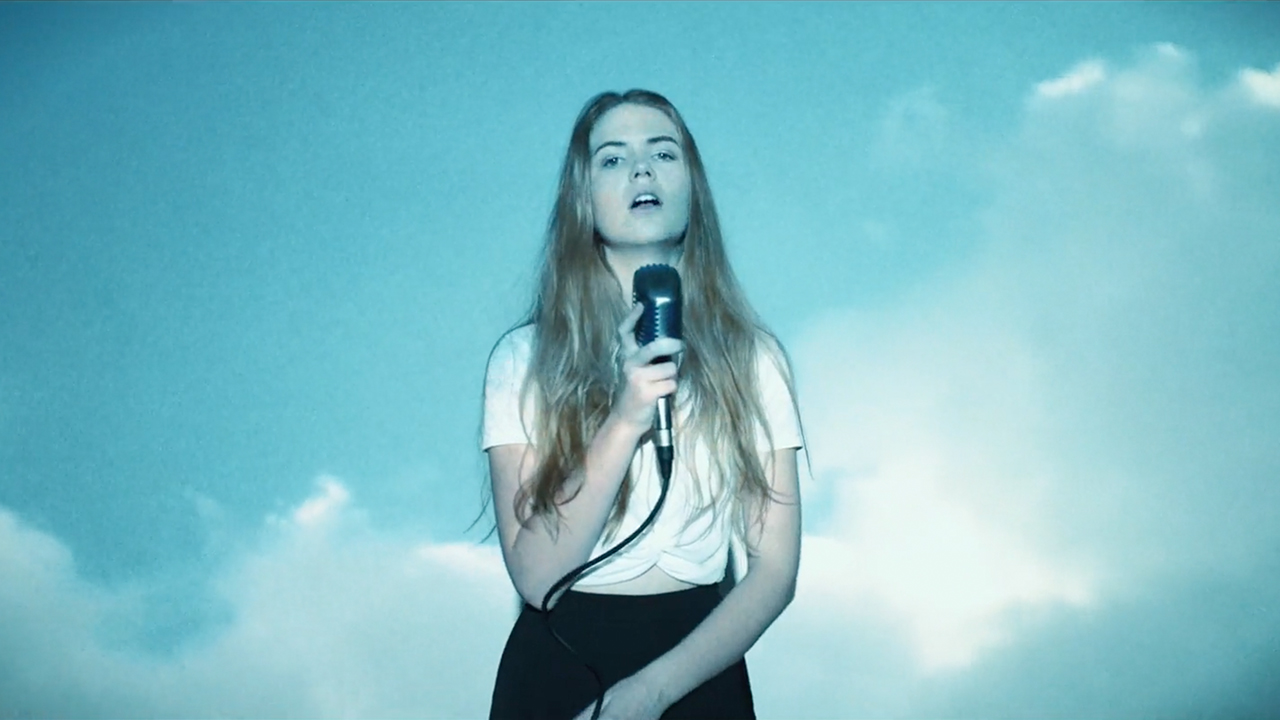 [dropcaps type=’normal’ font_size=’60’ color=’#ed145b’ background_color=” border_color=”]R[/dropcaps]elationships have a way of becoming all-encompassing, especially when something isn’t quite right. Reliance and comfort can quickly change to obsession and idealisation, especially when the people involved in the relationship have a tendency towards toxicity. It is in this place of ambiguity that North Queensland singer/songwriter Matilda Duncan found her inspiration for ‘Paper Blades’, a song that builds from something subtle and almost apprehensive, to a turbulent and emotive catharsis. 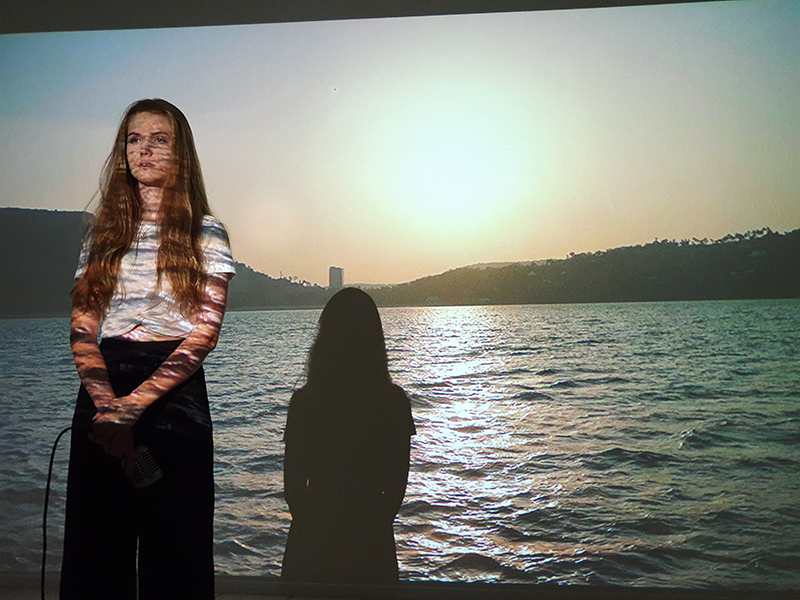 When asked if the song’s big crescendo was always in the blueprint during conception, Duncan replies: “The writing process for ‘Paper Blades’ was a unique one for me. It was one of those songs that just seemed to fall into existence. I remember the day I wrote it, it was as if I was watching the story play out in my head and I was essentially trying to transcribe it into what it is now. There was definitely a musical influence from what I was listening to at the time that may have subconsciously helped the song flow that way.”

”Given the subject matter, I think that drama was natural – lifting out of the sort of brooding quiet to what I suppose could be paralleled as the confrontation in the film clip if you want to read into that far. Also, I’m just a sucker for a big refrain that allows for such a huge amount of emotional expression when being performed… It was a long time after the song’s composure before I was able to step back enough to understand where the inspiration had come from, but once I started to open that up with Justin (Reid – Director) for the video concept, I think we both connected with it quickly and had this understanding of what we wanted to do to let the audience in on that as well.” 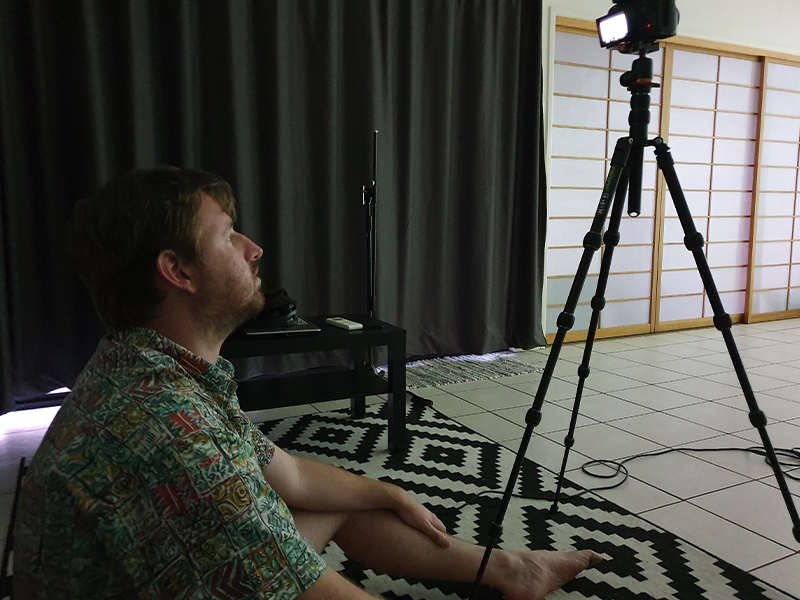 The song’s dramatic structure and deep sentiment really does lend itself beautifully to a music video, already evoking feelings of building tension and transcendence, so when Duncan came together with director Justin Reid, they found themselves on the same page very quickly. Duncan elaborates: “We really wanted to show that angle of essentially being trapped by your own confines. The character we follow has definitely allowed himself to become too comfortable in something toxic and we see him dealing with that in a number of ways. There are displays of the effort, torment, love, manipulation, confusion, and frustration that all go together in this very delicately complex way that I am fascinated by, and I’m proud of the way we were able to show that through Sam and Katie’s great performances.”

Though the immediately apparent story here is one of unrequited obsession on behalf of the male character, a certain ambivalence is eked in through the arrival of his female counterpart, and the viewer is by design left slightly unsure, painting a realistic picture of a toxic relationship with two parties involved: “Justin and I knew we wanted to spotlight the moral ambiguity from the start, but doing so in a way that didn’t make you see one party as inherently manipulative or foolish was the interesting part. I wanted the audience to be able to form their own judgment and interpretation of the story.” 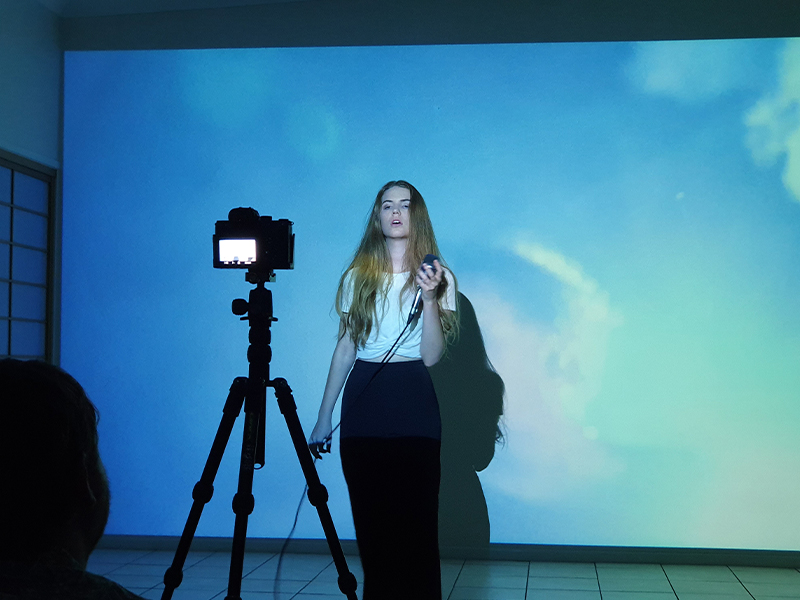 Aesthetically, in the beginning, the video is very blue and sombre in nature. From the shots of Duncan performing in front of soft and subtle projections, even to the grade on the footage of the protagonist. However, as the video progresses, evolving with the heightening stakes of the music, Reid encourages slightly more and more orange and red into the aesthetic, culminating in these ultra-styilsed and emotionally charged shots of the couple completely bathed in strong reds. Reid elaborates: “Colour was undeniably an important visual element we spoke about right from the beginning – at its heart, the story is about toxic personal relationships, and about how your own experiences with them can lead you to view people (even people you care about deeply) in really skewed or dramatic ways.”

“Sometimes it’s accurate, yet sometimes it’s not. If you’ve been in that position before, you know that there is an intensity that you experience, that even though you might be spiralling or stuck in this position that’s really horrible, there’s also an addictive and horrifying yet thrilling element that keeps you coming back for more. I’d describe my filmmaking style as hyperreal, so it was really fun to set up this traditional expectation of the visuals in the first two acts and really draw people in, before sending that crashing down in a really beautiful and striking visual way in the final act of the film.”

The shots throughout of Matilda Duncan performing are wonderfully understated. Shooting Duncan lit by revolving projections, really only alternating between two primary camera angles, allowing Duncan’s natural calm confidence and quality performance to dictate the viewer’s engagement. This was a real focus for Reid going into the shoot: “I feel it’s really important that your talent be able to shine and bring a lot of personality to a film, especially one like ‘Paper Blades’ that is super introspective and dealing with the psychology of something as intense as a personal relationship that is chaotic and turbulent.” 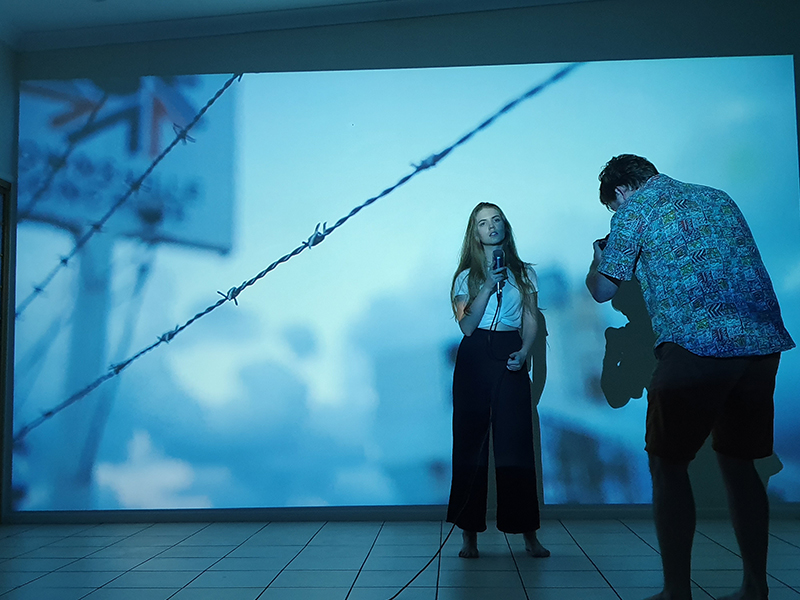 ”I approach all my films from a standpoint of what I’ve termed “intentional augmentation” – in laymen’s terms, I shoot in an almost documentary style, but I craft a space for my talent to let their feelings guide them through the performance, without too much intervention from myself. Too many angles can get in the way. Too much gear is much the same. Filmmaking is a game of reduction, despite what camera and gear companies will have you believe. So, in a funny way, I’m essentially designing elegantly minimal scenarios for my talent really intentionally, and then throwing them into it knowing that their heart and character will shine through, and my role is to capture that in an organic way that feels right to me. This was true of Matilda’s performance, and our awesome leads Sam Stewart and Katie-Anne Grice – Can I just quickly say they all nailed it!”

Here is the official video for ‘Paper Blades‘