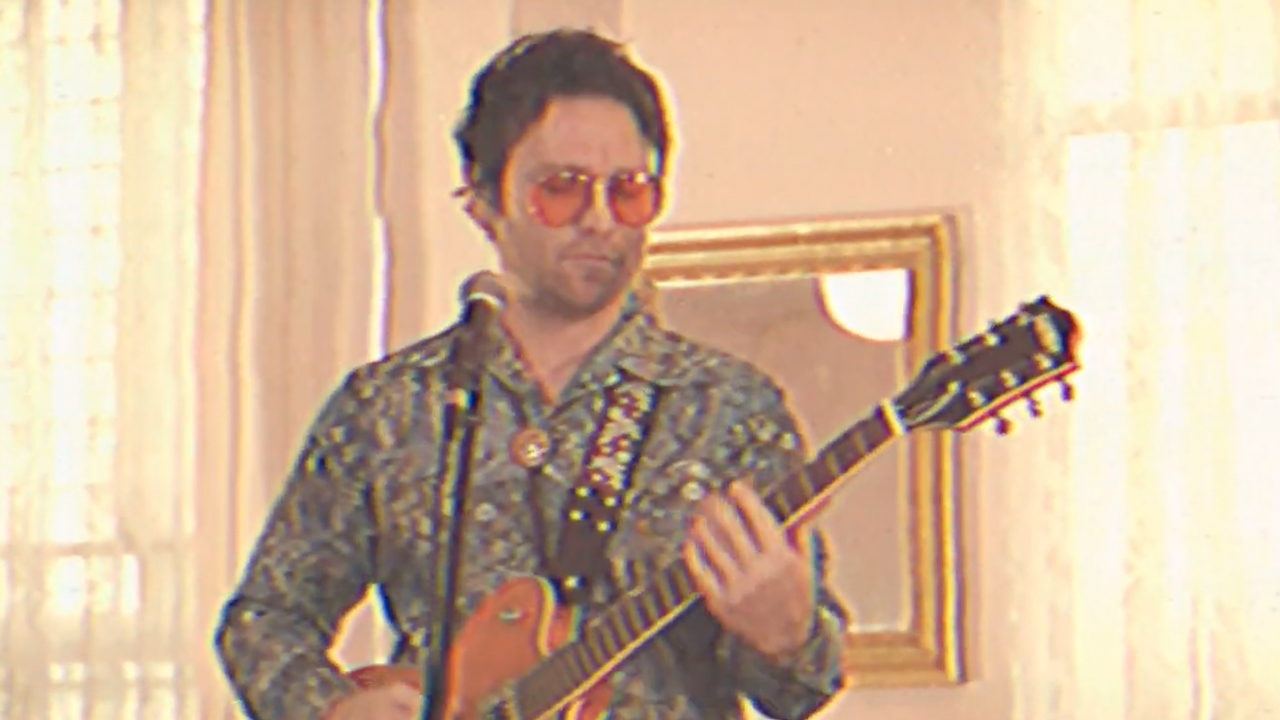 rom the first moments of ‘Electric Sleep’ it’s obvious that we’re watching something nostalgic and meaningful to indie rock sibling duo Square Dance Caller. The brothers’ grandfather – a real life square dance caller – is heard addressing a crowd of excited senior dancers and before you know it, the band are seen playing in an intimate period lounge room setting. 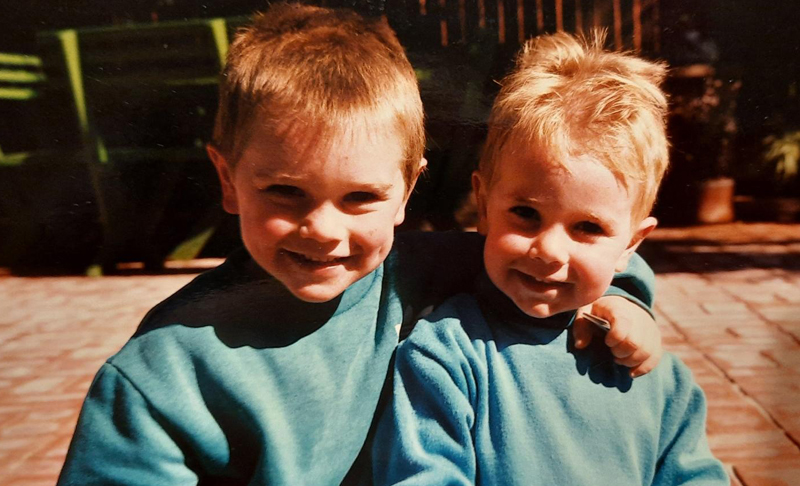 Throughout what is largely a simple live performance video, the clip is intercut with a real-life family and friends square dance. The footage was trimmed down from roughly thirty minutes of home video that the brothers were lucky enough to still have, and director Chris Busuttil took great care to match the contemporary footage against the archive.

“I have been mates with Bren and Mick for 15 years and have always done little bits of film work here and there for them. I met Bren when he was an actor once upon a time and I worked with him while I was at film school, and we’ve been mates ever since. So, the guys pitched me the idea of using this archival footage of their pop square dance calling and thought it would be fitting to pay homage to him and their family in this video clip to connect themselves to their pop again. I immediately fell in love with that idea of bridging this 30-year gap and exploring the creative ways of connecting past and present…a grandfather to his grandchildren.” 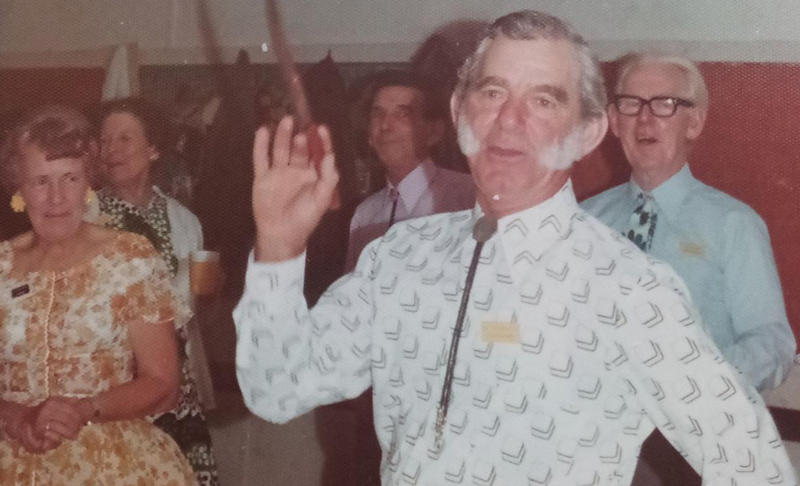 In a time where unique titles are hard to come by, the boys have clearly taken inspiration from their family history,naming their band after their grandfather’s profession. In addition to being a funky clip in its own right, the video becomes a memento for the family.

“We showed an almost complete cut to Bren and Mick’s parents who were very emotional after watching it. It’s great to see that we made a direct connection from both pieces of footage and brought them both together.” 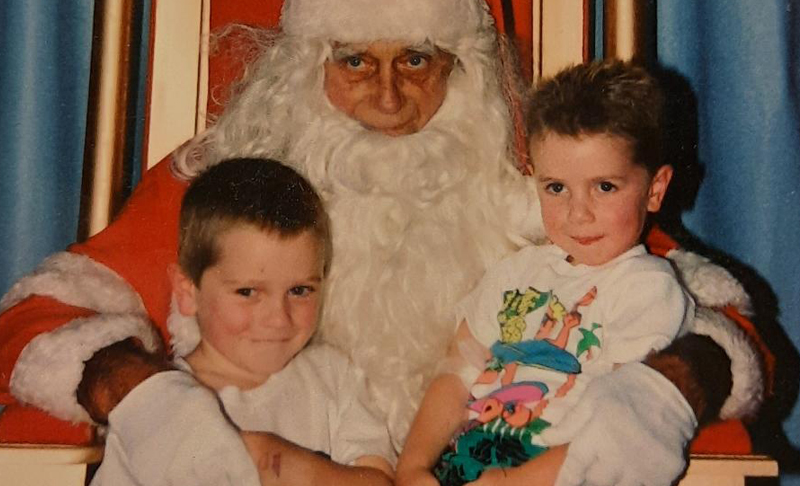 It’s a cozy video that would be hard not to relate to on some level. The performance shots of Brendan and Mick are kept deliberately simple in order to match together with the ballroom shots. Fittingly, the brothers are dressed to impress in homely, patterned shirts and red tinted aviators while they groove. It’s an aesthetic that seamlessly matches the 70s inspired vibe of the song, which Mick carefully decided on based on a feeling he felt during his travels in the Californian Desert. They explain:

“It was very eerie when you’re that far away from everything in the middle of the desert. Sonically we wanted it to have a solid groove to it with pounding drums and cranking electric guitars. We added little bits of instruments to add a little flavour to the track… we went for a fat snare sound on most of the tracks with drum & bass being prominent in most of the mixes.” 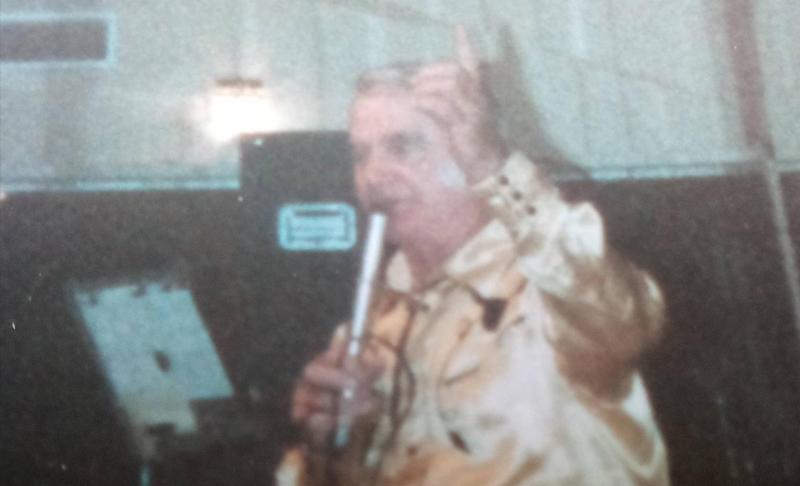 In real life during the dance, while the oldies circled and had their fun, a younger Brendan and Mick would have been hiding under the table eating twisties.

Chris toyed with the idea of recording the boys’ takes on era-appropriate hardware, and had access to an old Hi-8 camera courtesy of his dad, but eventually decided against it and chose a Panasonic GH5 to avoid a nightmare of converting formats in post. Shooting in a higher quality format also meant that Chris had a tighter control over the VHS degradation applied to the footage, instead of having to risk the baked-in static not matching with the archive. 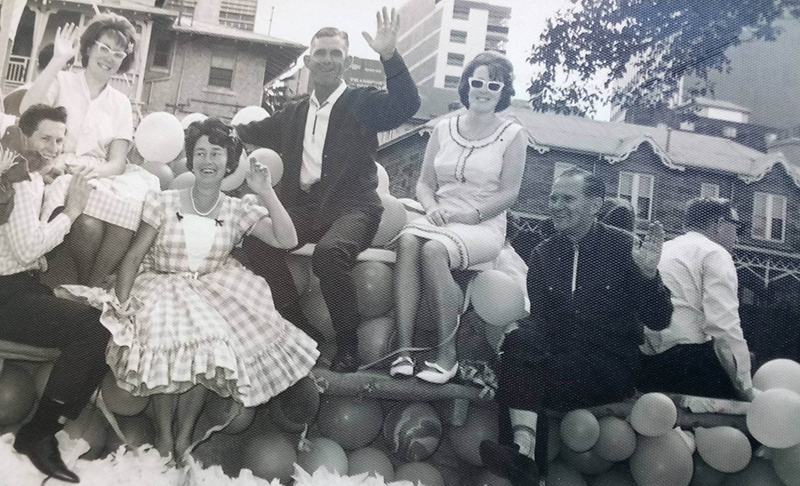 “By far the toughest part of the edit was colour correcting, the archival footage in many moments shifts its colour profile/white balance throughout the piece and I didn’t mind that at all because it felt true to the medium of the time. The process on my end involved selecting 2 or 3 keyframes to mimic from the archival footage and gradually build upon layers of degradation (noise, loss of sharpness, desaturation, crunching the blacks, blown out whites) to our footage. Adding some warm orange tones, and some VHS static lines and imperfections finished off the process nicely.” 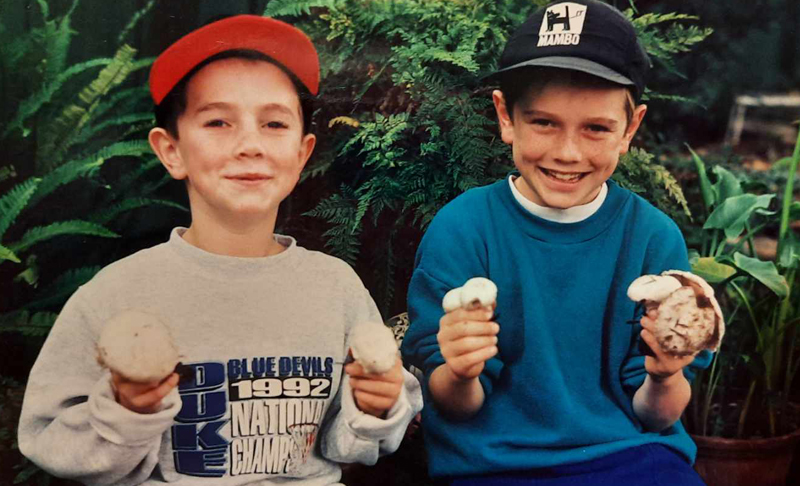 He also remarks that while there weren’t any major compatibility issues or glitches during the production, any that appeared would have been embraced as part of the VHS aesthetic.

Though straightforward, the clip succeeds in being a heartwarming tribute to the importance of music (and video) between generations. It’s not hard to imagine a future pair of grandkids in the year 2050 watching old footage of Square Dance Caller grooving together and getting inspiration for their own art.

Here is the official video for Electric Sleep