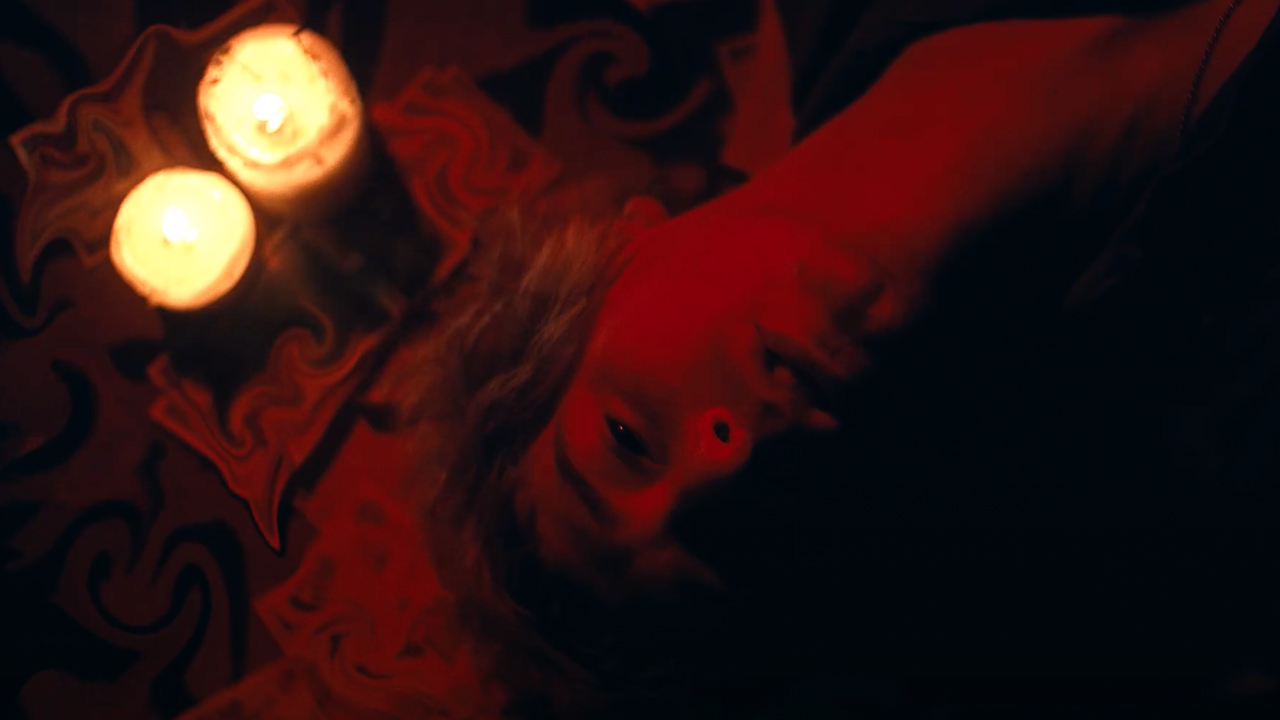 rac Hammond continues on from the foundation of Clash-style punk rock he built with The Delta Riggs as he goes solo with the new track: ‘User’. Director Harry Corcoran, working with Hammond for the second time, helps bring the song to life with the accompanying music video that draws on the typical depictions of excess that followed bands from which the song draws inspiration. Without the backing of his usual band, Hammond still manages to capture a punk-esque essence and with a focus on his vocals, that are reminiscent of classic British punk rock bands. 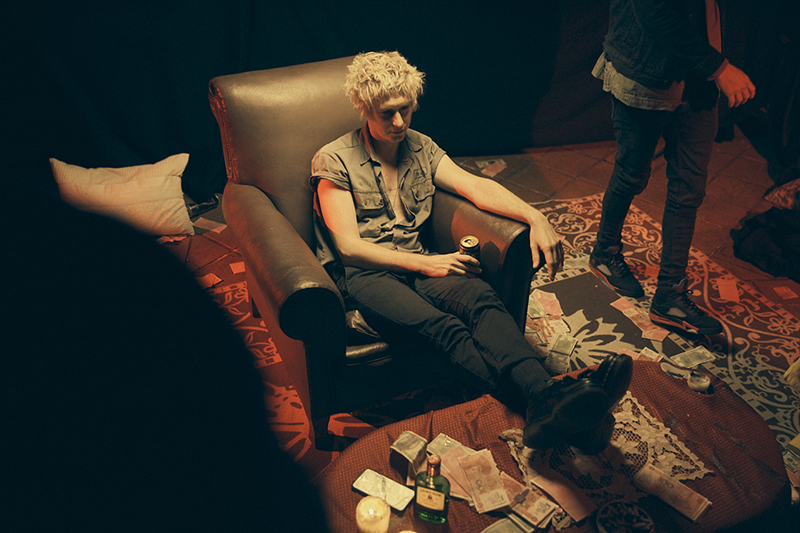 The entire clip was shot inside the one location but despite this, it manages avoid feeling stale as it progresses. It achieves this through multiple, albeit minor, changes to the environment as the cast of characters parties their way through the clip. The clip opens in the upstairs of the bar, but Hammond quickly stumbles through this to descend into the underground where the rest of the clip unfolds. The following hedonistic scenes are bathed in a red glow and the camera is rarely static, shifting and flowing with the best of the track itself. Harry remarks:

“We shot the whole video at El Rocco Bar in Potts Point – shoutout to Paulie for letting us shoot on the cheap! The intro is the upstairs, and the dank dark den is just the underground – no trick photography required! The place has some really rich history – Frank Sinatra actually performed there once upon a time I believe, so it’s cool to tap into that tapestry. The place is held together by duct tape, which is what makes it so charming. Retro furniture, old books and an eclectic mix of art gives the joint such an honest and original feel, I implore anyone to get down there and suss.” 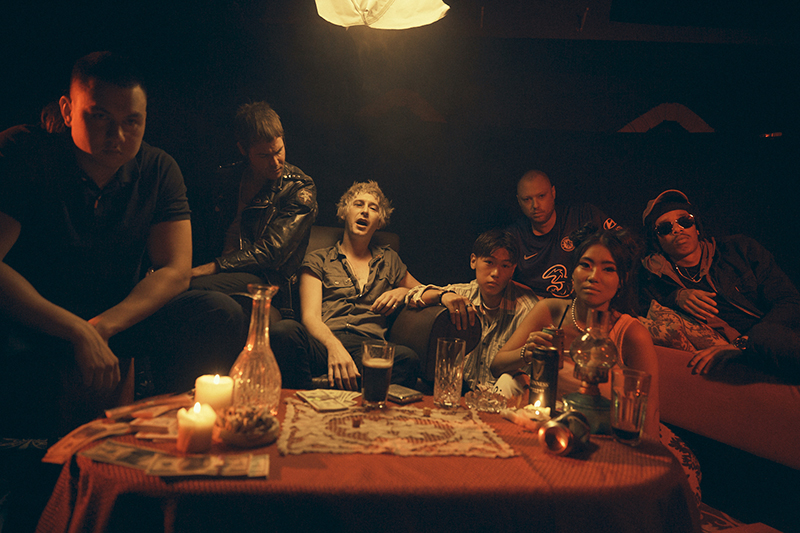 Corcoran includes blink-and-you’ll-miss-them cutaways to different movie scenes in the chorus of the song. The chosen scenes vary widely in style ranging from spaghetti westerns to animation. In this way, Corcoran intercuts his characters shots with images suggesting a greater history to the represented archetypes, drawn from popular culture.

“The spaghetti Western shots are actually from The Good, The Bad & The Ugly. The whole song Drac is singing about being all of these different characters, and I’m a bit of a cinephile, so the little quick cuts are a bit of a fanboy homage to some movie greats and pop culture icons. An outlaw (Taxi Driver / The Good, The Bad & The Ugly), a raver (Keith Flint from The Prodigy – RIP), a skinhead (La Haine / Taxi Driver). I also dug through the awesome plethora of pics from the famous nightclub Studio 54 and weaved them in there – you might catch John Travolta, Eddie Murphy & Andy Warhol to name a few. To add a little of my own flavour, I sprinkled in a bunch of my own snaps from over the years.” 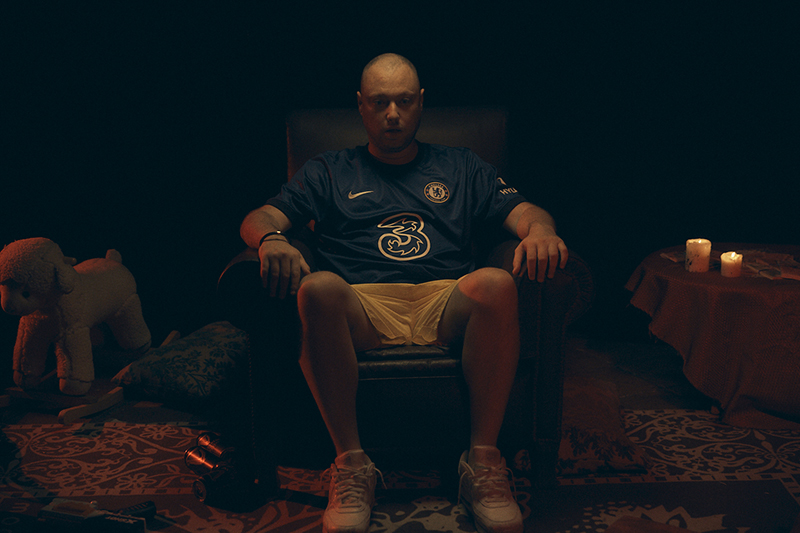 The cast for this clip was just as varied, Hammond remarks on how these colourful personas mentioned in the lyrics were bought to life.

“We had a packed cast for this one! Drac had an idea for who fit each “character”. We had Paddy Cornwall (F-Pos, Sticky Fingers) was our outlaw, Marty Bugatti (Triple 1) the raver, Gold Fang the stoner and Tom Landini the skinhead (the guy shaved his eyebrows for the part). New Sensation (the first release) introduced this Geisha character, and we decided it would be cool to have her re-appear in each video, she’s sort of this hallucinated entity as opposed to a real person. Drac flew down his friend Rin Adachi from the Gold Coast to play the part, and she brought her boyfriend, so we threw him in the mix too!” 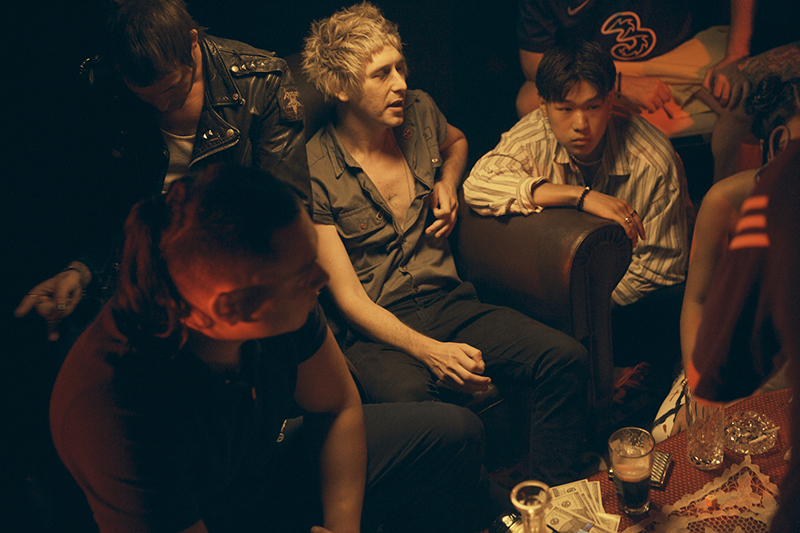 Corcoran also performed the duties of Director of Photography for the video relying on the trusted services of gaffer Chester Lewis to amplify the underground atmosphere.

“It’s pretty much a two man show. It was shot with a Black Magic Pocket Cinema Camera 4k, coupled with my collection of vintage canon FD lenses, I love the imperfect look that they give the footage. Chester brought an armoury of lighting equipment, the coolest piece was this heavy-duty wind-up stand with a lantern light, which gave the shots this Godfather look.” 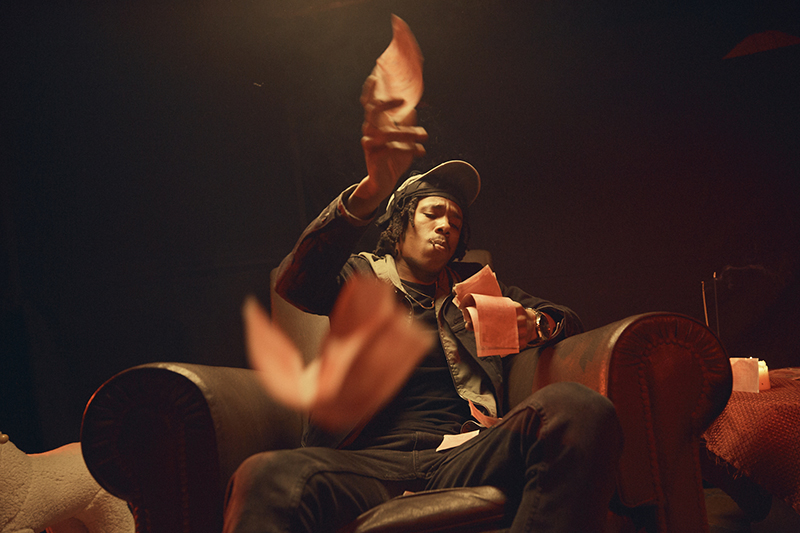 With scenes like Hammond crushing an on-fire dollar note in his bare hands, it’s almost an understatement to say that the visuals, while confined, are dynamic, with something interesting happening corner-to-corner in every shot. When asked about his favourites from the clip, Corcoran reflected that it wasn’t always the scripted parts that brought the most memorable moments.

“It’s always the improvised bits that turn out best. On that note, the table flip at the end was another brilliant unscripted moment, cheers for the antics Paddy. I actually had an antique crystal ashtray – a family heirloom – on the table that I forgot to move before that shot. I was fucking relieved it landed safely on the carpet.” 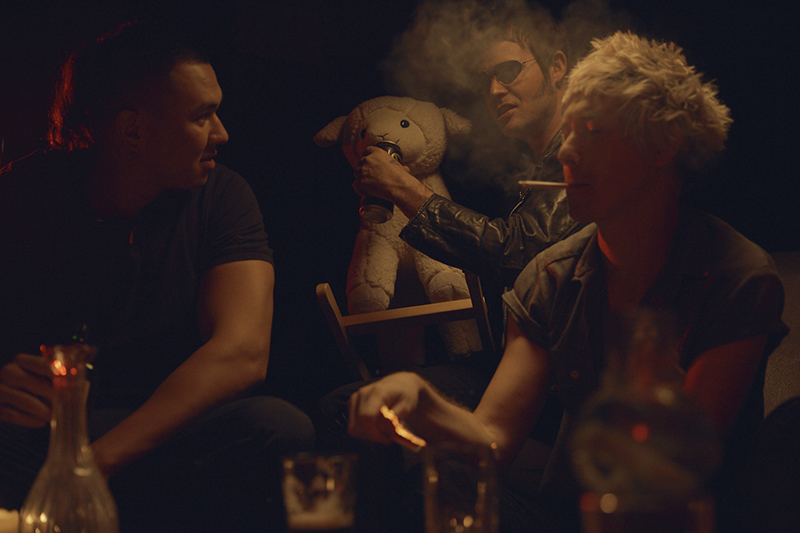 The grimy, hectic video for Drac Hammond’s ‘User’ is a terrific example of a song that works with the aesthetics of a director. With Corcoran confirming that he will return for the third part in Drac Hammond’s series, we look forward to another lively instalment.

Here is the official video for ‘USER’