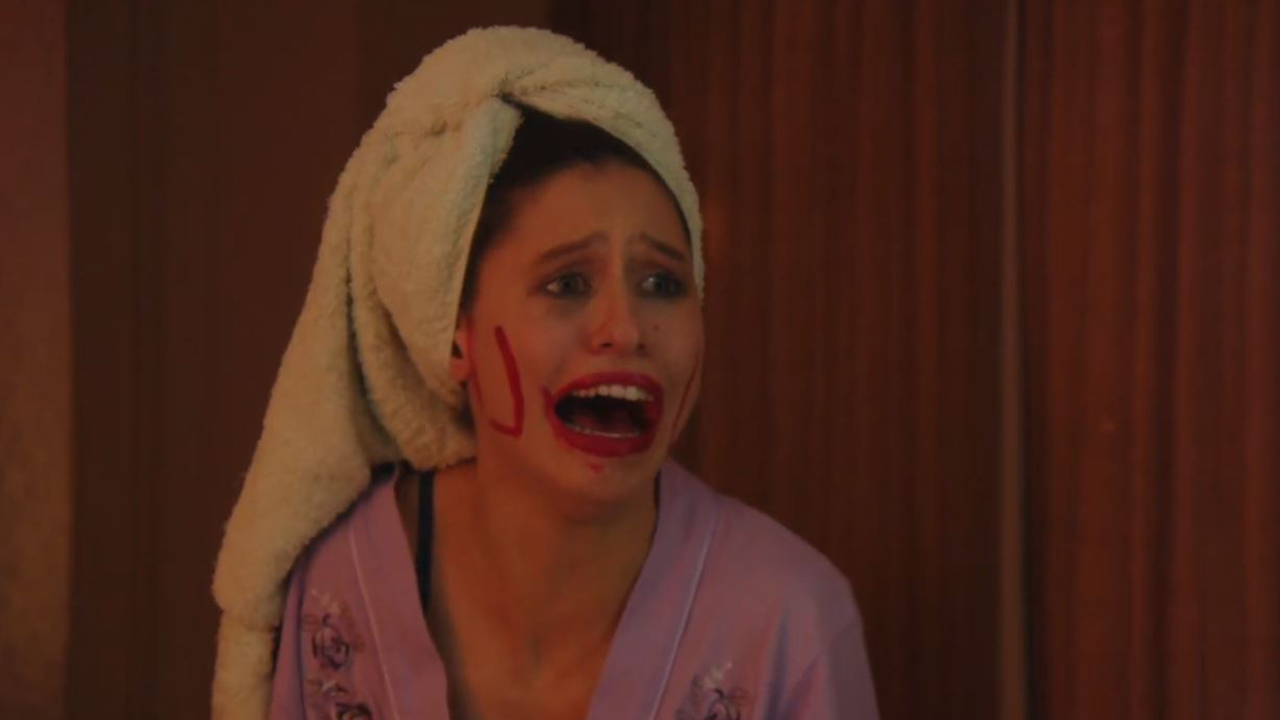 Lyrically, however, the song explores areas of uncertainty and tension. It is here that director Lachlan Townsendbooth appears to have found the basis of the video; a montage of people reacting in different ways to incredibly stressful situations. From a high stakes basement poker game, to a body in the pool, to a casting session, with reactions ranging from stoic shock, sweating and quivering, to just straight up manic hysteria.

Townsendbooth explains: “I guess hysteria was one of the initial drives for the concept, which branched into the various reactions when dealt with by the characters. Another goal was creating something that wasn’t three act structured, instead something more thematically focused, as we agreed with the band that it suited the song. The situations themselves kinda came about by tossing ideas around with my friends in the crew, which was a fun collaborative way of going about it.”

The performances of the cast really make this video sing. With such a large ensemble, sometimes certain characters or spots will fade into the background while others take focus, but there really is so much in every different scene of this video. When Townsendbooth is asked about his approach when it comes to directing performances he frankly replies: “I’m more comfortable working with actors than anything else.”

“Creating the performances for this video was pretty exciting, each scene we shot would quite quickly become very improvisational, we were willing to play around with trying things on the spot and I was always trying to create an atmosphere on set that would foster this. There was an element of risk involved shooting this way but by going after this I think we achieved some great moments.”

Having just praised the work of all the actors across the board, special mention really does have to go to one character in particular: A woman so overcome with distress and anxiety, desperately trying to hold it all together while she applies her make-up, walking a paper thin path between extreme vulnerability and this comedic resolve. Townsendbooth elaborates: “The ‘Makeup Lady’ was performed by Alyx Jamieson, we were very lucky to have her work on this video. We took an unorthodox approach to finding the performance, in some takes even abruptly yelling things at each other, really get into it. It was so much fun to direct such a talent.”

This performance, amongst others, really personifies the tone of this video. They are stressful situations that we are being shown, but they’re all delivered with a certain heightened drama with a hint of comedy. This effect is helped by the approach taken both in camera and in the edit through the use of a lot of quick cuts and a camera that is constantly pushing or pulling, reminiscent of techniques used in Italian and French new wave cinema. It colours everything with a dynamic, dramatised, almost surreal tone.

Townsendbooth explains: “We definitely felt like that style felt right for the concept, and that was something that was agreed on very early on between the cinematographer (Daniel Mudrinic) and I. We realised the use of camera movement would help us dramatise the nature of these scenes within the quick cuts.”

Setting the video in this stylised almost heightened reality brings such character to these scenes. When coupled with the incredible performances of the actors, and alongside the shoulder-popping boogie of The Great Emu War Casualties’ track, it makes for such an enjoyable viewing experience with just a hint of absurdism that piques a dangerous curiosity and intrigue.

Here is the official video for “Welcome and Good Luck (Waggle)“