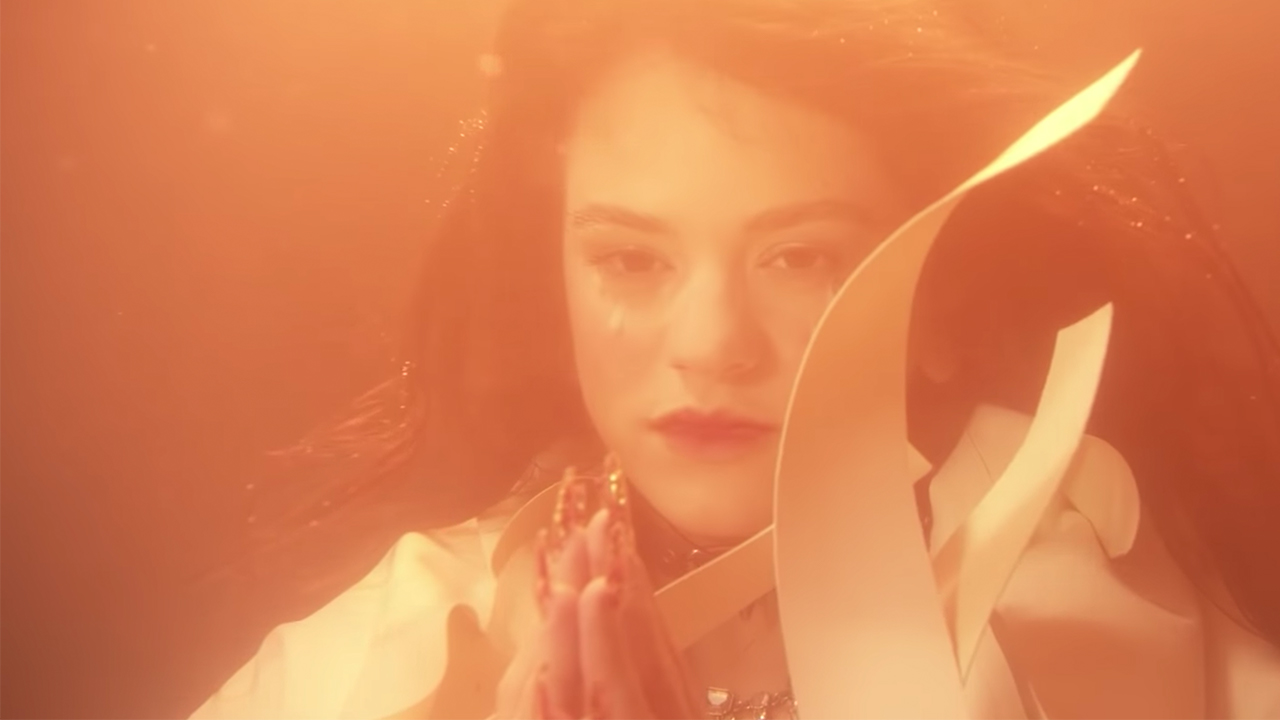 No matter how hard we try, emotions always get to us and we can drown in the solitude of our own thoughts. The new music video for Rosalia’s “Bagdad”, directed by Helmi, portrays the pain and desolation that we feel when someone fails us.

We’re in a strip club, a woman in a red jumpsuit tries to impress her decrepit audience with her pole dancing abilities. Once she finishes her show, we follow a series of transitional shots which will take us to the main location of the actual video. During this transition we are shown an agitated phone conversation which can be divided in 4 different types of shots, these four shots tell us the incident which will impact the rest of the video.

First, we have a panning shot which seems like a continuation to introduce the setting of the video, instead we are shown a phone conversation, the end of which is abrupt and hot-blooded. Then we are shown a steady shoulder high shot of Rosalia walking towards the camera, mumbling the Spanish words for “son of a bitch” adding to the realism of the music video.

The final two shots are a ground level shot and a pan shot which also add up to the emotional aspect of the scene by showing the characters lack of direction with the unnecessary steps and an infuriated door slam. It is at this point when we reach the main part of the music video, and everything has been carefully staged.

It is in the solitude of the bathroom after letting some steam out, where the main character is able to cry, for there is no one looking but there is also no one to talk to and that’s when we start drowning. The video by director Helmi then takes a surrealist change when the bathroom starts flooding due to the tears of Rosalia. One interesting part about the setting is the use of colour, with the monochromatic room, Helmi is capable of making the red-devil jumpsuit almost pop-out of the screen. The beauty of the shot also relies on the transparency and luminosity of the tears which gain a primordial role in the video.

We then enter a moment of the video in which a succession of shots, show us the despair written on the face of Rosalia and how the room keeps on getting filled with water. It is when we reach the chorus that we are shown a bird’s eye shot which in combination with the tight space of the bathroom walls augments the size of the problem and diminishes the size of Rosalia. As she keeps on drowning the tears and despair fill the entire space we then realize that there is no escape from our own emotions. Finally, we are shown a holy spirit, enlightened yet drowning in a praying pose.

The music video of Bagdad shows us the power of emotions and the pain they cause. A video which is both realistic and surrealistic with one common message, even when you are drowning pray for the good times.

Here is the official video for “Bagdad”