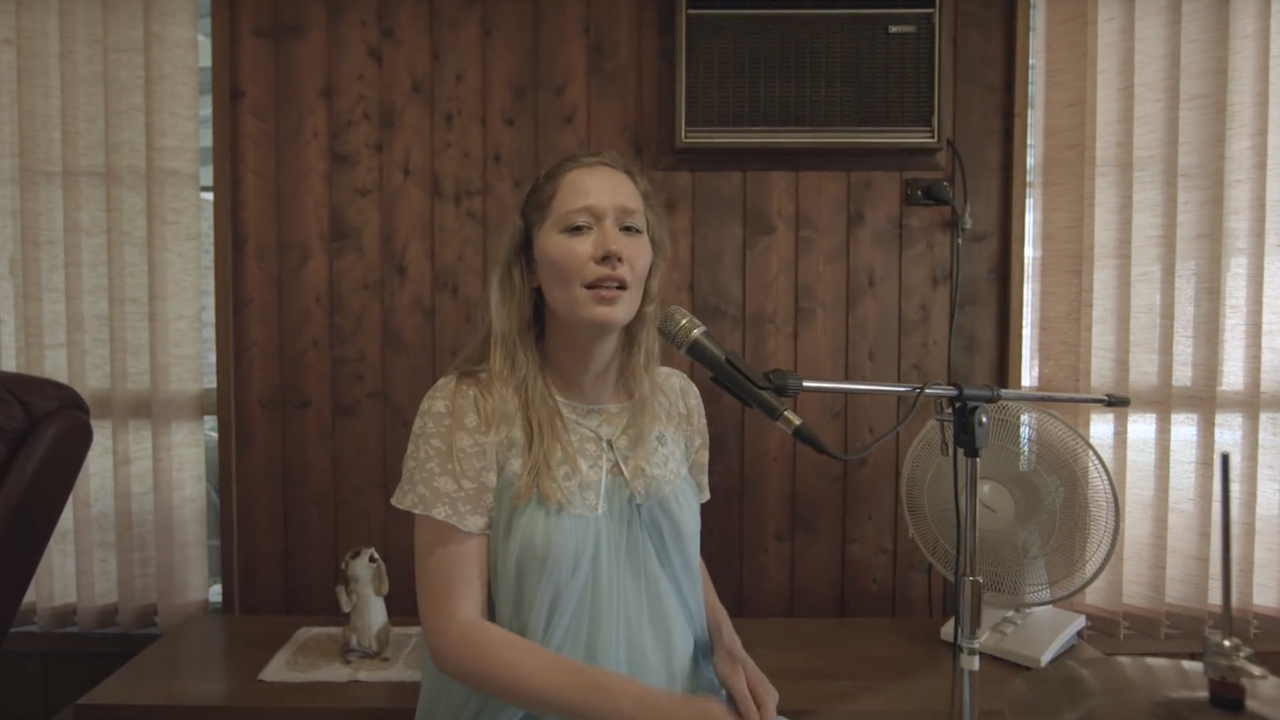 Lingering on Jacklin for only the first few seconds, the video quickly shifts its focus to friends and family in her lounge room. Her band (made up of Sydney’s Body Type) play along to the song energetically; two friends dance the Can Can as Jacklin stands in the middle, unmoving.

There is an insincerity about the whole thing. This is the world to which Jacklin feels she must conform. We realise that in actuality, the pressure she feels is not a“Pressure To Party” or “Come Up With Conversation” but a pressure to hide her heartbreak and sadness from the world. As we watch Body Type’s Sophie McComish enthusiastically mime Jacklin’s understated vocals (whilst dressed in her clothes), there is a sense that the pressure to be something else has left Jacklin a stranger in her own skin, and we too are left unsettled. 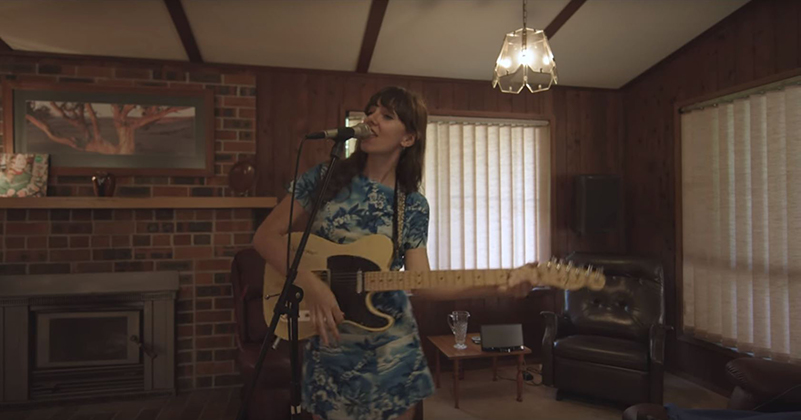 The one-shot take continues to rotate around and around the room and a dizzying effect takes hold. It isn’t until the final shot, when Jacklin once again becomes the focus, that we feel the relief we didn’t even realise we were waiting for. Jacklin stares down the camera, “But I’ll open up the door and try to love again soon.” For the first time there is an authenticity and closeness. She has finally acknowledged her pain, and there is a triumph in that as the video pans out to reveal her alone in the house once again.

Directed by Jacklin and continual collaborator Nick Mckk, the video is fairly simple in its production. The use of handheld camera creates an off-balanced feeling, reinforcing that something here is amiss. This is also reflected in the constant changing of pace, honing in on subjects for moments, only to quickly pull away again, often slowing down to pan across empty, subject-less space. 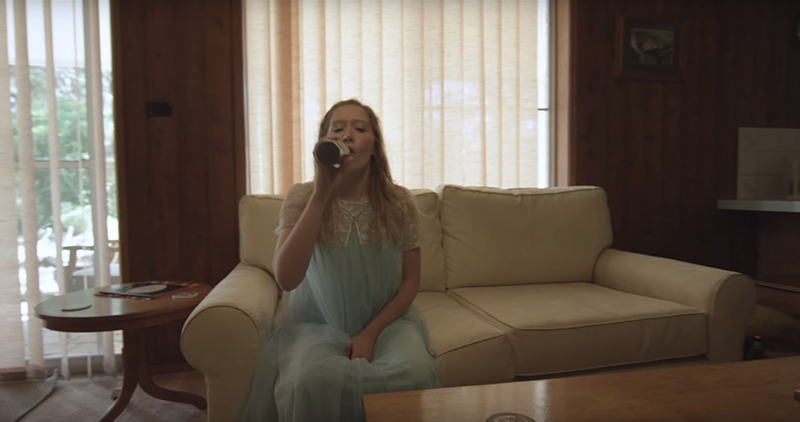 The subdued colour grading and flat lighting create a sense of mundanity, echoed in the choice of location and subjects. There is no flashiness to the 70s style suburban interior or the everyday people who inhabit it. First time viewers may feel somewhat out of place in this off-beat and slightly awkward world, however for most, this is what makes Jacklin so endearing. The video’s ability to play with tension and release, forcing the viewer to feel the same discomfort felt by Jacklin until the final moment, is a testament to its simple effectiveness.

Jacklin’s self-referential style also proves a highly powerful visual device. The return of her childhood home as the location, the outfits worn by her band members (all of which have appeared in her other videos, and reflect her signature style), the lyrics (‘Out on the dance floor with my body back’ is a nod to her 2018 single ‘Body’)–all contribute to a sense that she is creating a world of her own, each reference a wink to anyone in the know. And to anyone who does know, this video only serves as another piece of the puzzle, into the unique and alluring world of Julia Jacklin. ‘Pressure To Party’ is the third single off her upcoming sophomore album released February 22nd.

Here is the official video for “Pressure To Party”