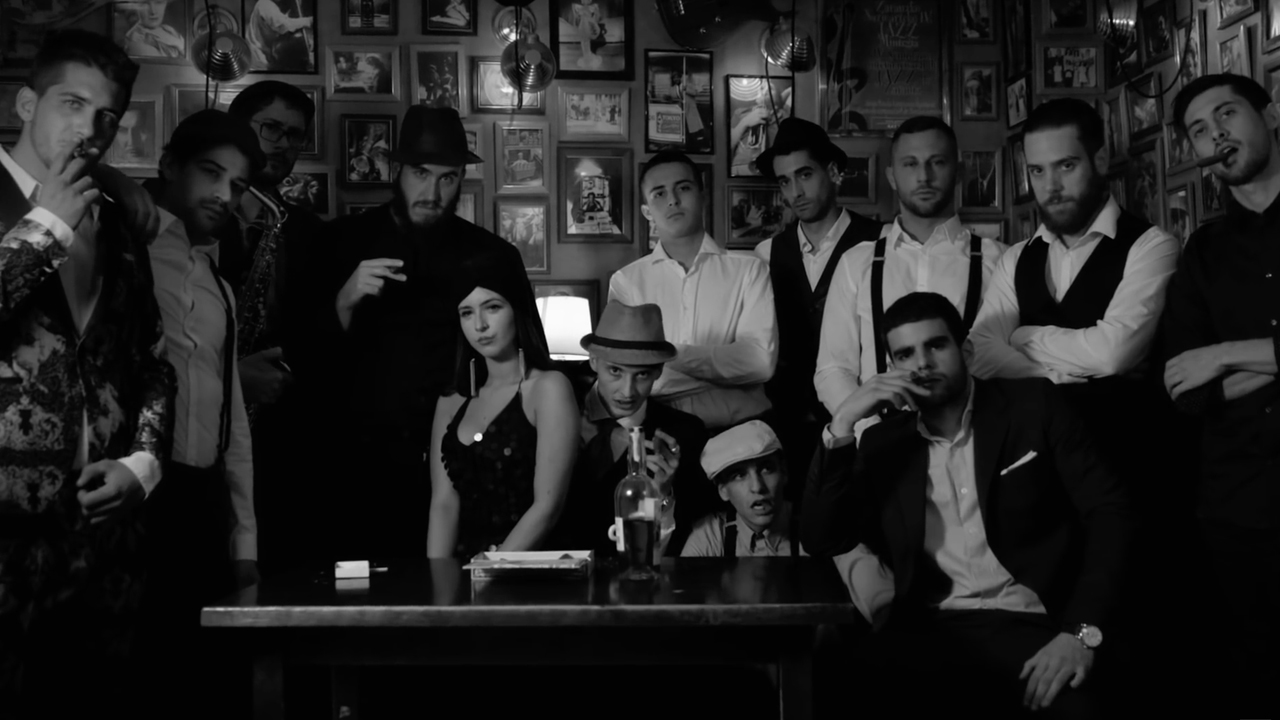 [dropcaps type=’normal’ font_size=’60’ color=’#ed145b’ background_color=” border_color=”]S[/dropcaps]traight outta Albaicín, a neighborhood in the old city of Granada, come twin rappers Ayax and Prok. The duo, who have recently both released solo albums, are fast becoming one of the most revered Spanish rap groups of the moment. In the video Salvatore Maranzano, the lead track from his album, ‘Rojo y Negro’ (Red and Black), Adrián Pedrosa (AKA Prok) goes behind the camera on a video that pays tribute to the many classic mafia films that have come before.

Named after a real-world mafia capo, Salvatore Maranzano immediately immerses us in the dark world of gangsters through some well-wrought tropes, cursive letters for the title, a gramophone, a mysterious meeting in the shadows and the torn sound of a saxophone. We are back in the 1920’s during the years of prohibition in the United States, following a group of individuals who engage in sinful activities in the dark. Adrián Pedrosa introduces the viewer to these individuals through a series of close-up shots, a compilation of hand gestures and physical attributes which are very reminiscent of the characteristics of classic Mediterranean and Italian film.

As the saxophone continues to narrate the dark story of Salvatore Maranzano, we get to see the contraband, the gambling and the interactions between the characters, establishing that, like in any other gangster movie, there is only one Capo. One thing very curious about the music video is the fact that all the scenes in which the meetings are happening are correlate with the rapper’s message and description of the low life of the neighborhood filled with thieves and brothels in contrast with the scenes of his early age and of what we will call the red lady.

The lyrics of the song are littered with references to Italy and classic films, leading into one of the classic scenes of the mafia film genre which is the arrival of a youngster into the new world of opportunities. The character appears on a shiny bright day, walking with almost no possessions and with a smile which can only be found in the innocence of our early days. A stark contrast is drawn between shots of the young gangster smiling followed by the scene in which he is commanding orders aggressively but is composed enough to seek advice from his consigliere. 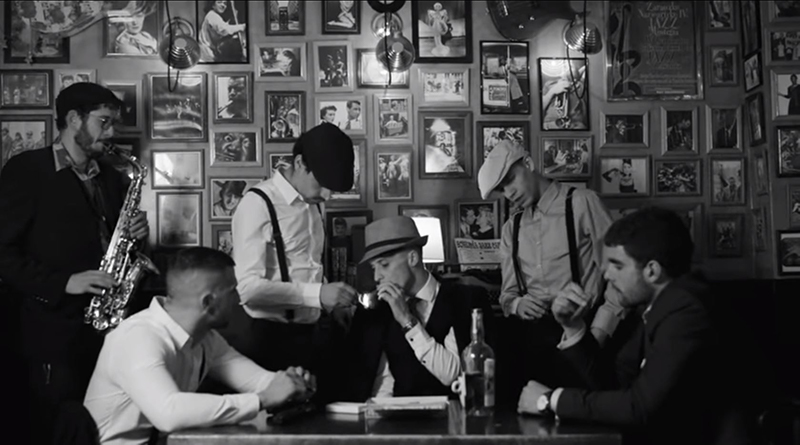 The only colour driven component of the monochromatic video is the way we always identify the woman with the colour red. The mystery of this character is set from the first shot, a moving shot of her running up the stairs to meet Salvatore. This mystery is kept alive by not revealing her face although multiple shots of her clothes and her actions making the viewer see her as the muse to the artist. We only get to see her actual face once she is in a committed relationship with our protagonist. The woman’s aura is persistent in all the scenes, often characterized by their luminosity as if the gangster was more vulnerable and affable when he is with her, just as he was when he was young. 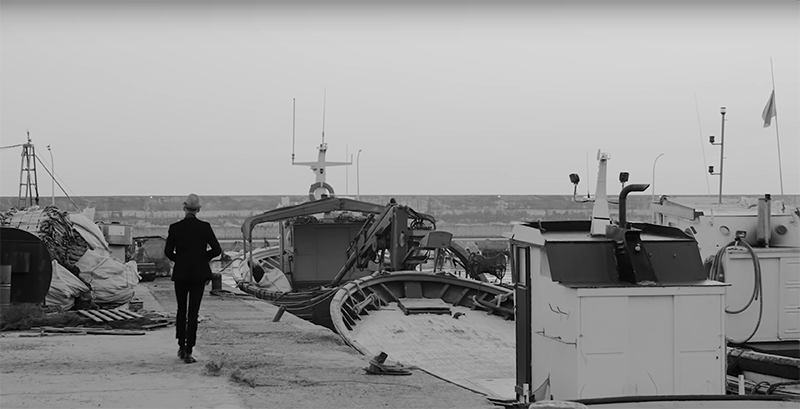 The video comes to an end with a kiss on the forehead of the loved one, the sound of the narrating saxophone, the gangster walking off and a family picture to remember the old times. The video credits prove us the willingness of Prok to showcase everyone who has helped him produce not just the story of a gangster but a living picture of an era.

Here is the official video for “Salvatore Maranzano”