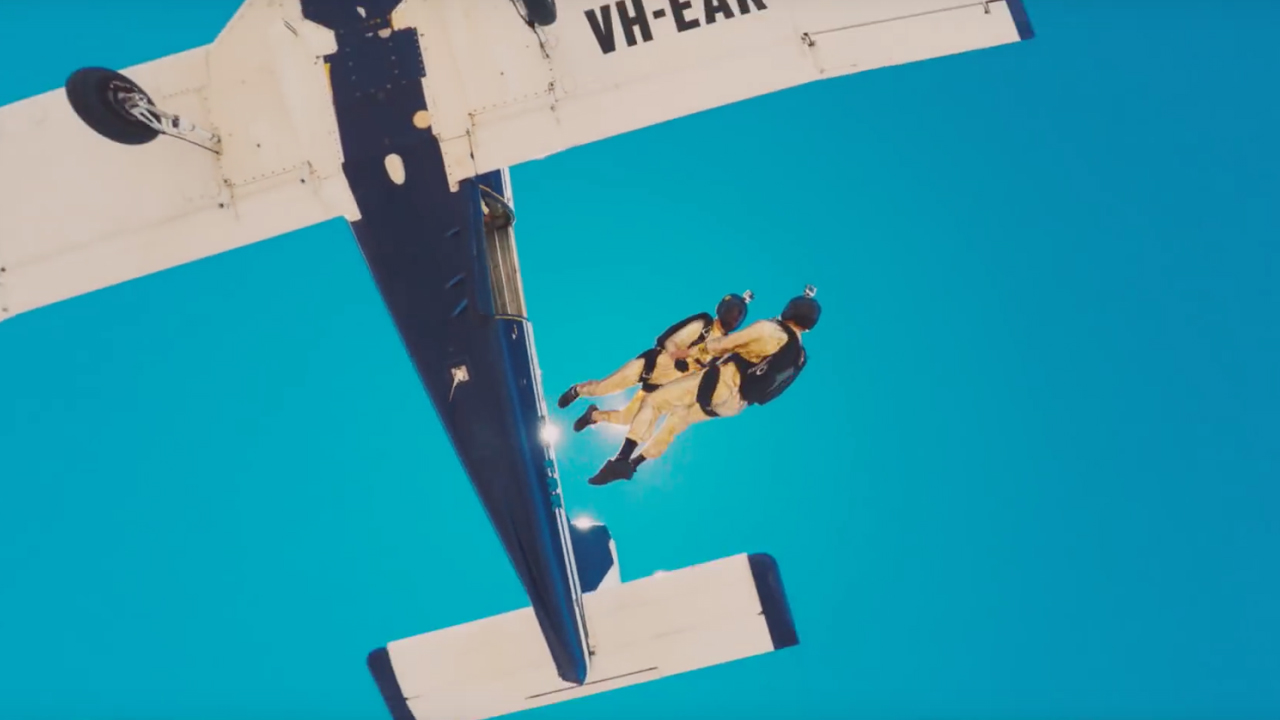 [dropcaps type=’normal’ font_size=’65’ color=’#ed145b’ background_color=” border_color=”]T[/dropcaps]his four-piece group is sure to win you over with their folky, alternative melodies. Melbourne indie band, Skipping Girl Vinegar, is gracing the aussie music scene with the release of their third album, The Great Wave. They describe the song compilation as a testament to love, which is definitely drawn upon in their recent music video “Dance Again,” directed by one of the band’s own members – Mark Lang.

“Dance Again” is an upbeat song, reminiscing a time of being young, rebellious and in love. The music video radiates the nature of the lyrics, “take me right back, wanna do it over… take my hand, I’ll draw you closer, we could dance again,” with fun, feel-good scenes and a touching love story.  But this isn’t just another cutesy-generic-indie video; together Lang and cinematographer Doug Donaldson take filmmaking to new heights. Literally.

Lang brings “Dance Again” to stand out from the crowd, by using skydiving to symbolize the limitless feeling of being young and alive. Shot partially on a Go Pro, the exceptional aerial photography brings a major awe factor to this video. Outstanding cinematography of a couple jumping out of a plane holding hands and ‘dancing’ in the sky is credited to Donaldson. He creates a lovely bird’s eye perspective and an aesthetically pleasing visual. I do wonder though how many takes of jumping out a plane it took to get these perfected shots.

Not only the song but even the music video makes you want to dance and sing along! Skipping Girl Vinegar knows how to keep things fun and groovy; the entire band is featured playing their instruments, dancing and just really enjoying themselves. Lang makes notable directorial choices as such, particularly with the different settings. The countryside, sky and beach are all natural, exterior locations that are nice and simple backdrops to a little love story. It keeps everything focused on the couple and their experience of remembering what it felt like to fall in love for the first time.

Lang hits us with an unexpected ending to the “Dance Again” music video.

The couple comes down from the sky and land on the beach, taking their helmets off, they are revealed to be elderly seniors, despite that they were evidently younger people when jumping from the plane. This is done to create a focus on the story and connection between timeless romance, the essence of youth and forever being young at heart.

Having band member, Mark Lang direct the “Dance Again” music video hits all the right notes in all the right places with his attempt at creating a strong emotional on-screen story. Skipping Girl Vinegar definitely deserves more recognition in the Australian music industry and hopefully will now with such creative, enjoyable music videos showcasing their muse and style

Here is the official video for “Dance Again”