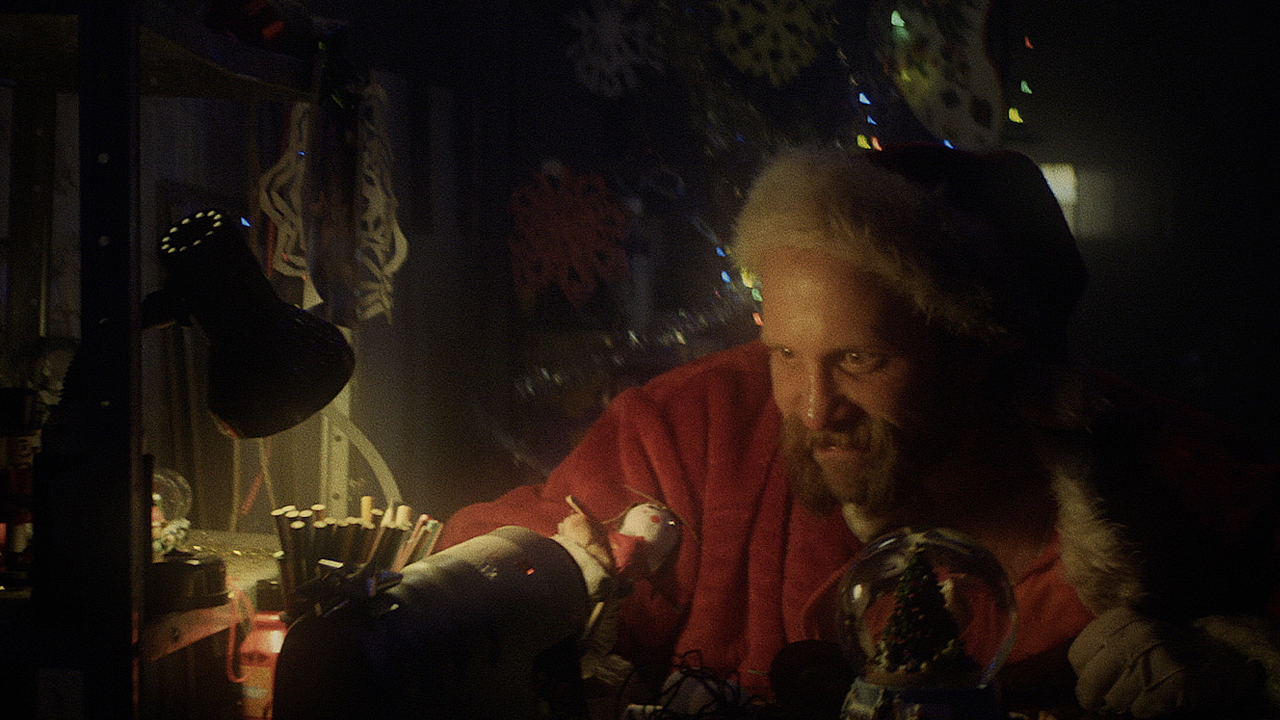 eason’s greetings hit a little different this time as Aimée-Lee Curran teams up with Inner West brewery Young Henrys and alt-country band Caitlin Harnett and the Pony Boys for a magical Christmas story, just in time for the holidays. In a darkened room an obsessive figure wearing his famous red coat plots another scheme. Christmas is coming, and you can only imagine the presents he needs to give out. 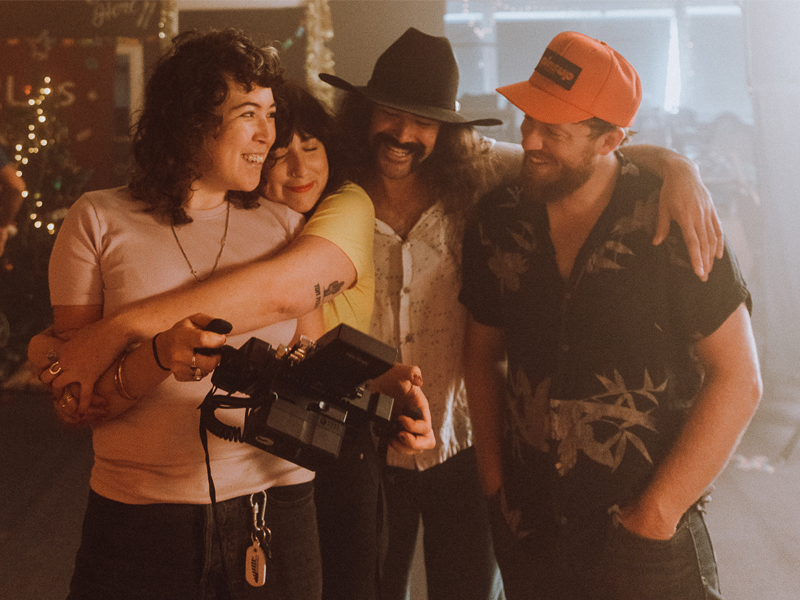 Director Aimée-Lee Curran, winner of the narrative award at this year’s CLIPPED Music Video Festival, continues in stellar form to deliver another video full of manic fun. With the freedom to create and the natural festive feeling provided by the time of year, Curran developed her vision of Santa Claus and used the character to fuel a music video that pushes an insane Christmas tale.

“This year has been so, so absurd in so many ways. I really just wanted to embrace 2020 and go all out with a narrative as ridiculous as the year itself. So ruining Santa seemed logical. In terms of source inspiration, I was looking at stuff like Gremlins (definitely the best Christmas film ever made) for the lighting look and also just the tone of the schlocky comedic violence.” 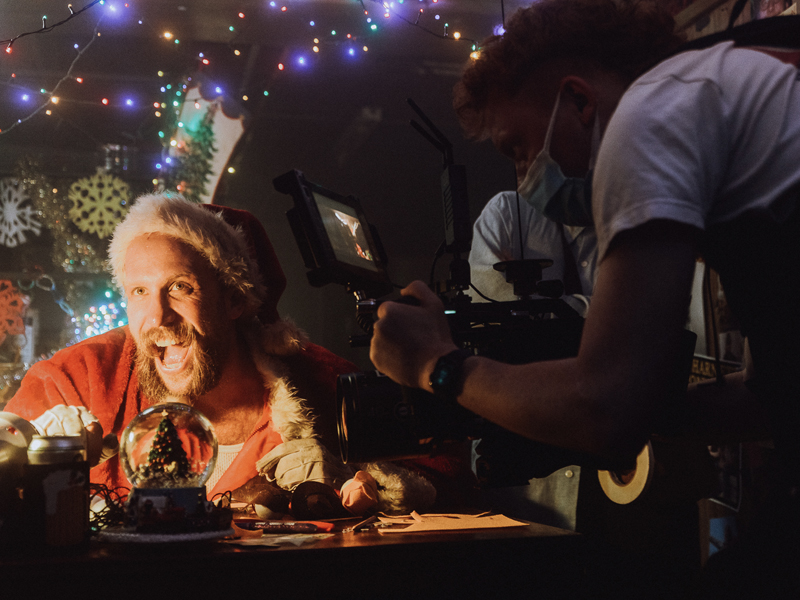 The entire video plays out as a short film, giving Curran the ability to hold the story front and centre, without diluting it through cutaways and scenes of the band. Curran, however, was still given a few guidelines by her third-time collaborator, Caitlin Harnett.

“Caitlin has had a long-standing dream to include line dancing in a music video, and given the title of the song, this was clearly the clip to do it. That and releasing the song in December were really the only things she was set on. So naturally from there, I spiraled into a bizarre and dark Christmas tale involving a bad Santa and some voodoo dolls. It’s just where my mind happened to go.” 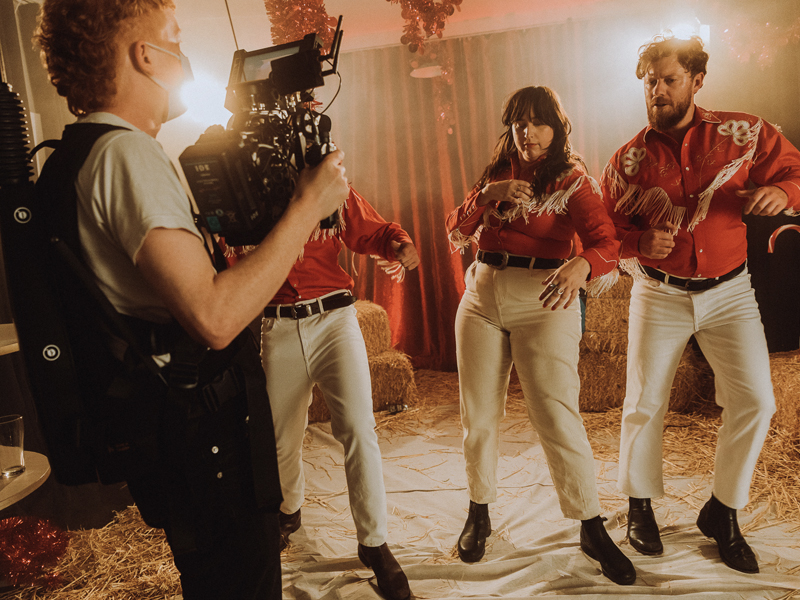 While Father Christmas provided the inspiration for the villain obsessed with arts, crafts and revenge on popular music artists, Father Time remained, as always, a staunch nemesis of production. The DOP, Jack Saltmiras, explained that the main challenge in shooting the clip was accumulating all the footage they needed in one ten-hour day.

“In order to make our ten-hour day, we did what we could ahead of time. The art department dressed the whole venue the day before the shoot and so Tommy (Hankinson, Gaffer) and I were able to very quickly work out how to approach the lighting for each scene. We captured this very simply, opting for what would be fast and easy. Very often it was a matter of hiding small lamps around to augment what was already in the space.” 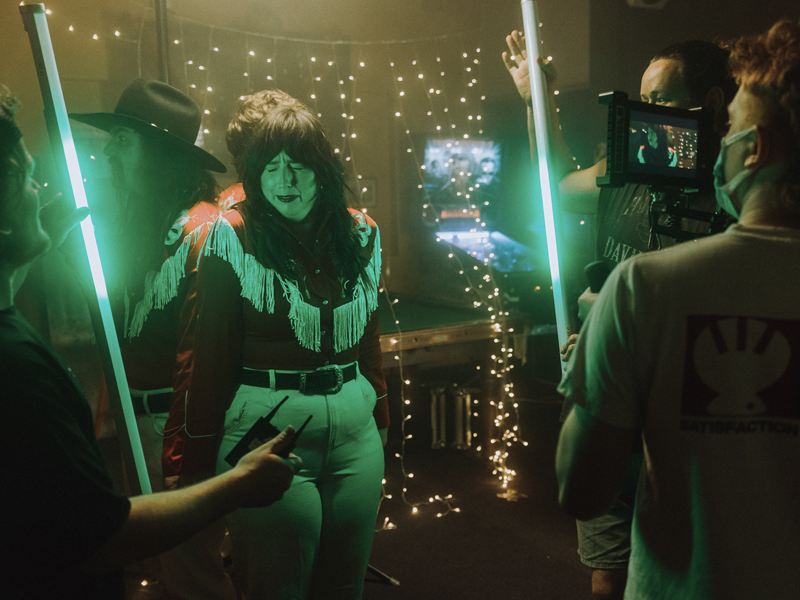 It must be unsettling at the very least, to have your legs cut down to half their normal length as some insane, unseen puppeteer forces you to jerk around, line dancing with no control. It also provided the crew with a new challenge on set. Curran elaborates:

“The main concern on set for me, was the blood and gore FX, and pulling off the VFX shot where their legs have turned into bloody stumps. None of us really had any idea how that was going to turn out. Jack just had this fairly last minute idea to put them in green socks up to the knee and key them out. The sight of them hobbling around in those lime green socks and trying to dance on their knees, covered in blood, was pure majesty.” 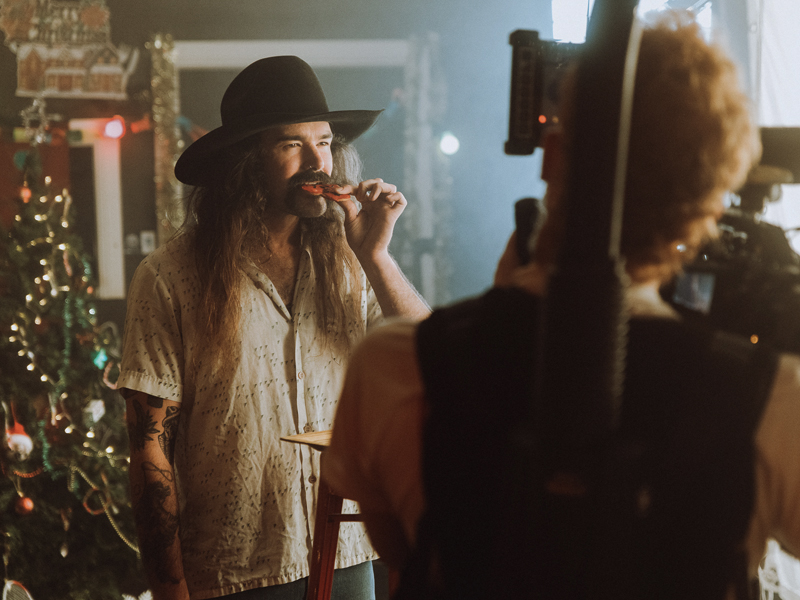 Saltmiras shot on his Panasonic Eva-1 with Atlas Orion lenses. In an effort to shoot the most in a short amount of time, Saltmiras ended up shooting largely handheld. While physically exhausting and limiting for the lighting setups, the handheld sway lends itself to the madness of the piece. The camera is often close to Santa and the movement builds on his mania, allowing the audience to see and feel the exceptional performance put on by Andy Golledge. Curran remarks on how easily Golledge disappeared into the roll:

“He isn’t a trained actor, but I was really impressed with how well he interpreted the character and brought him to life. I gave him a backstory about how his character used to be a shopping centre Santa, with Caitlin, Josh and Sam working as his Christmas elves. Every year they would get together and be a big happy Christmas family, until Caitlin and the boys abandoned him to chase fame as country music megastars. Hence why he bitterly wants to murder them now. And I really think Andy brought that story with him into his performance. He’s deranged but he’s also conflicted about murdering his old friends, and in a weird way he’s kinda cute and sad. Or maybe I’m just twisted.” 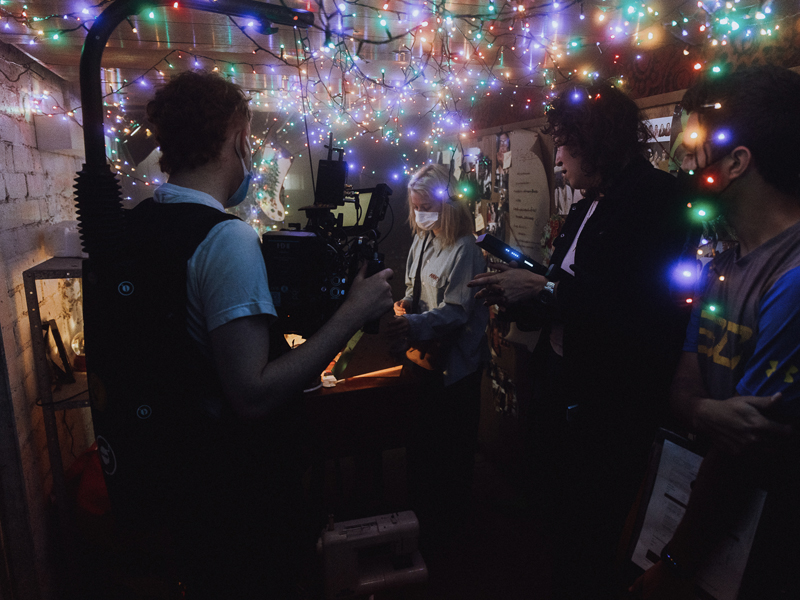 As most of us are hoping for the end of year bring some kind of relief, some hope that indeed the new year will improve, Curran explores a twisted version of a Christmas icon. But maybe this story, the unhinged Santa, the cruel puppeteering, the clearly manic glee, is what we need as well. As Curran puts it, it’s “schlocky comedic violence,” and adds a disturbing kind of fun to the merry season.

Here is the official video for ‘All My Friends Are Dancers’