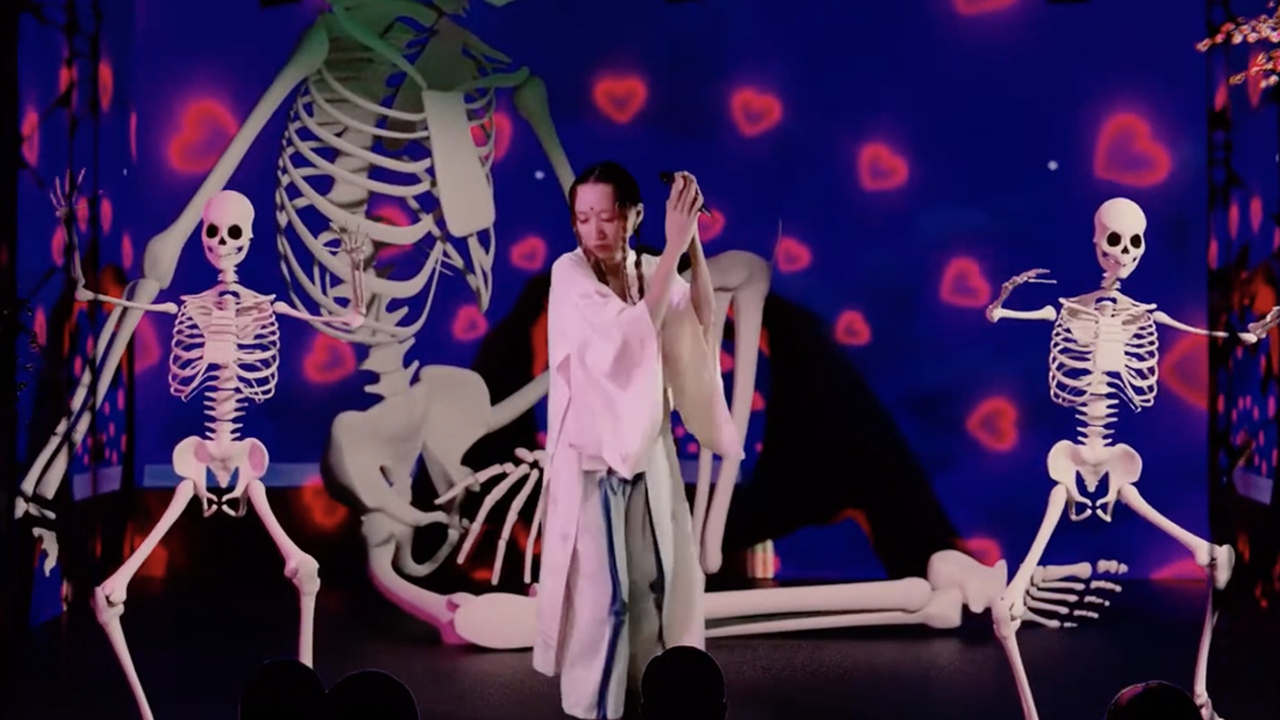 swooping shot opens on a city scene, gliding through apartments, buildings, and streets. We’re accompanied by lush harmonies, a soft ebbing beat and a constant drone, underlying the track like an unplugged sound cable. Just when you feel as if you’ve become acquainted with this new space, the camera clips through floating chunks that dissolve before our very eyes, a reminder of the digital world that we’re inhabiting. It’s all too familiar, yet completely unreal. An atmospheric trek through the haze of a virtual reality, like the opening scene of a video game. It’s artificial, futuristic, otherworldly – if there’s a word to describe French Concession and her new music video “Peak”, it’s ethereal. 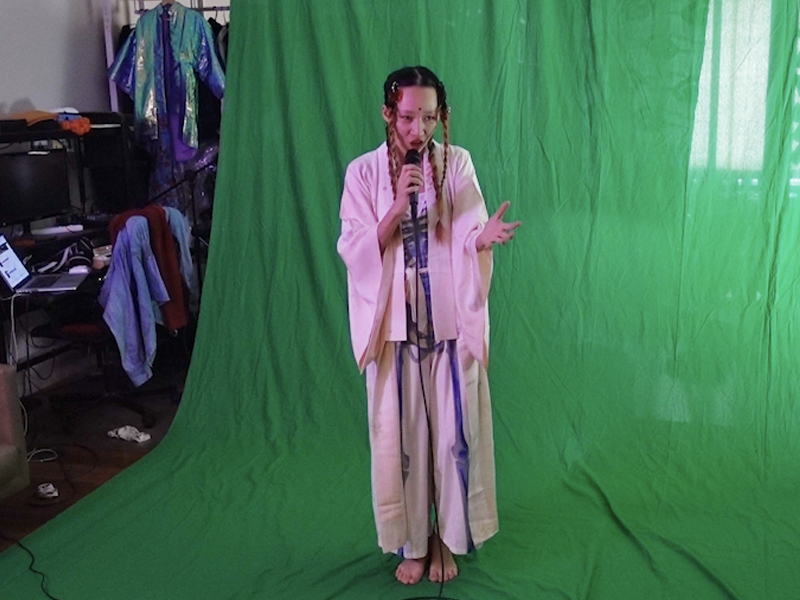 “Peak” was directed and animated solely by French Concession – real name Ella Chau – throughout the pandemic; a process she describes as lonely yet creatively freeing in comparison to working with a production team:

“For me, working with a production team and sole-animating is a completely different experience. Obviously, the former is a collaborative process and the latter is a lonely one. I do really enjoy working with other people in a shoot, because you are also creating memories with others from the working process. However, with animation, you can stop to reflect on your creative decisions any time, and you really have full control of the end outcome.”

The loneliness of the process is felt in the end product – although the video takes place in a sprawling city, the streets are almost empty. The few people we do see are at a distance. What’s more, the female characters that do make an appearance in the video all resemble Chau – her face is imposed onto the 3D models. It’s an artificial replacement for a real connection between audience and artist, and further reinforces that feeling of isolation. Our only glimpse of the real Chau is through the lens of screens displayed around the city, which brings to mind the onslaught of virtual video calls that lockdown has brought to the table. We are emotionally and physically disconnected. The theme of emptiness is one that Chau was interested in exploring in the video, as she explains: 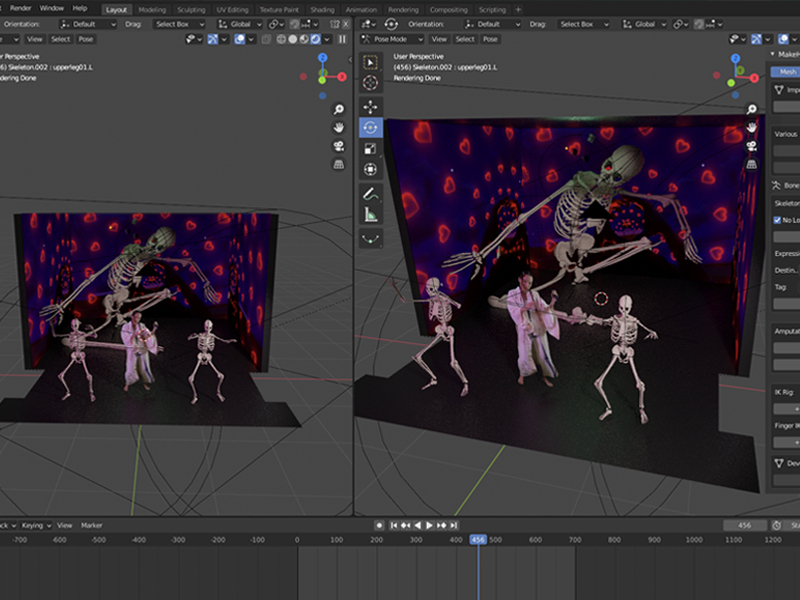 These are themes that couldn’t be more relevant today, and their influence on the video is prominent, as travel restrictions were the reason that the world of “Peak” was animated. If not for the global pandemic, Chau says she would have “shot a video with friends in Hong Kong.”

Chau animated the music video by using a combination of several programs. The 3D animation program SketchUp was used for modelling the environment, while Blender was utilised for object modelling, face mapping and character animation. Interestingly, the 3D rendering software Lumion, originally intended for architects, was utilised for lighting and rendering, which gave the video its “soft, blurry” aesthetic. The result is an experience that does feel similar to within a VR video game.

The affordability and accessibility of 3D animation, Chau says, was the greatest appeal of the medium to her as an independent artist, along with its freedom in exploring content:

“The only limit is your own imagination and skills. I think if you have enough time, skill, tools and motivation to do it yourself, you can make a video with little to no cost.”

A low budget doesn’t need to be a limitation, nor does it imply low quality. “Peak” is reminiscent of early 2000s computer animation, which creates an interesting contrast between the softer, almost dated, aesthetic and the high-tech setting. This visual effect is a result of its low poly models, which have the added benefit of being faster to render, which allowed Chau to work faster.

Creating an atmospheric video was Chau’s main goal, and all of the elements work together to heighten that effect. Bright neon lights, a moody colour palette and a composition of towering skyscrapers will be instantly recognizable to anyone familiar with the visual language of a city. Even the more surreal elements fit well within the city aesthetic of the video while evoking an ethereal atmosphere, such as the scene with the particularly striking imagery of a car cruising down a highway populated by women’s bodies, their faces obscured by beams of light that almost resemble streetlamps. 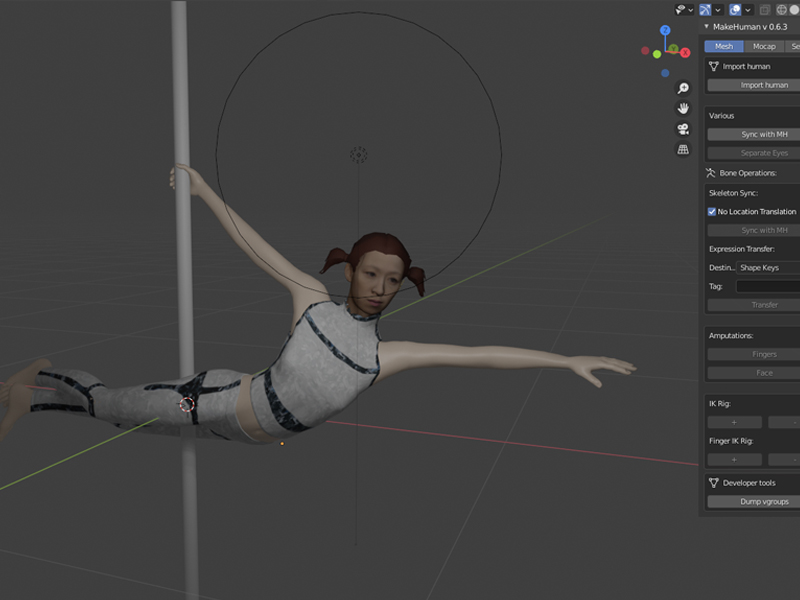 The final scene of “Peak” features a number of firsts for the video. Set in a club, it is the first scene featuring a large crowd, all observing the performance of the real-life Ella Chau. Donned in a skeleton-patterned outfit, she dances on stage, surrounded by animated skeletons. Here, reality and the surreal coexist to create a playful performance, despite the almost sombre atmosphere of the rest of the clip. It feels as if our lonely journey through an artificial city populated with artificial characters has finally culminated in a lively purpose, one that is almost comforting in its eccentricity.

So, what’s next for Ella Chau? The French Concession virtual reality experience might come sooner than you’d think.

“I think at least one project will be presented in VR as the next natural step to take,” she says. Then, if I can put together a crew, I would love to shoot something on location that has some Australian context.”

Chau has created a distinctive and compelling experience, of a digital reality that is simultaneously recognisable, yet otherworldly. Altogether, “Peak” presents an atmospheric escape from our current reality, even if just for a moment.

Here is the official video for ‘Peak’