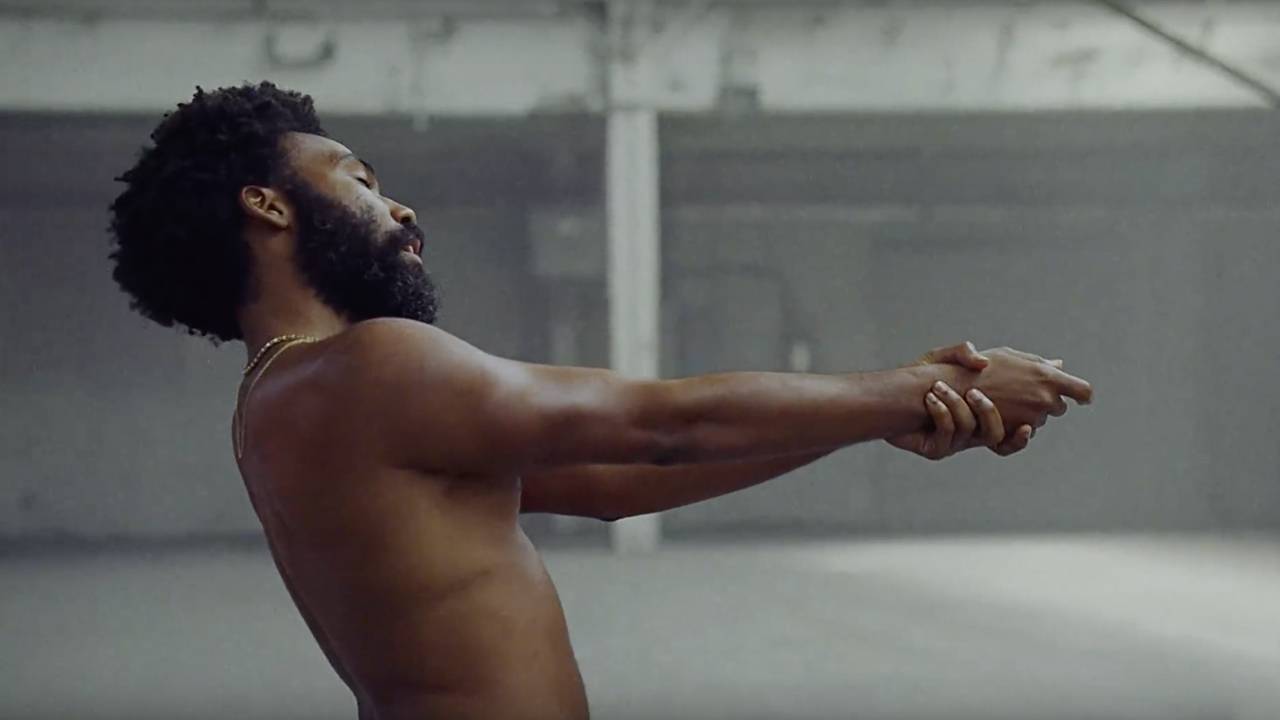 Childish Gambino – This Is America

[dropcaps type=’normal’ font_size=’65’ color=’#ed145b’ background_color=” border_color=”]T[/dropcaps]here is no doubt that this passionate anthem is in-touch with the current political climate. The short artistic video is woven with symbolic undertones about the racial prejudice and discrimination still alive in today’s America as Childish Gambino bluntly points out in his title – THIS IS AMERICA.

The haunting video shines a spotlight on many events in American history that were racially motivated or influenced, including African American Injustices – from pre-civil rights-segregation figure ‘Jim Crow’, a dehumanising racist cartoon character from the 1800’s to the horrific event of the 2015 Charleston Church Massacre that killed 9 parishioners and injured.

A steadicam follows Childish Gambino throughout a warehouse decorated with visual symbolism of socio-political issues surrounding African American culture. Behind Gambino and the rest of the dancing ensemble, tragedies reign.

Symbolism doesn’t end at the visual, it leaks throughout its lyrics. ‘This is a celly, that’s a tool’ – describing the ongoing tension and abuse of black people from the American police force – recording these terrible incidents on their phones to finally present to the public what they’ve experienced for decades. Within the lyrics also include various adlibs from other well-known rappers such as Slim Jxmmi, Young Thug and 21 Savage etc. This collaboration represents the opportunities these rappers have – to use their platforms to speak about the issues affecting millions of Americans of colour.

Here is the official video for “This Is America”