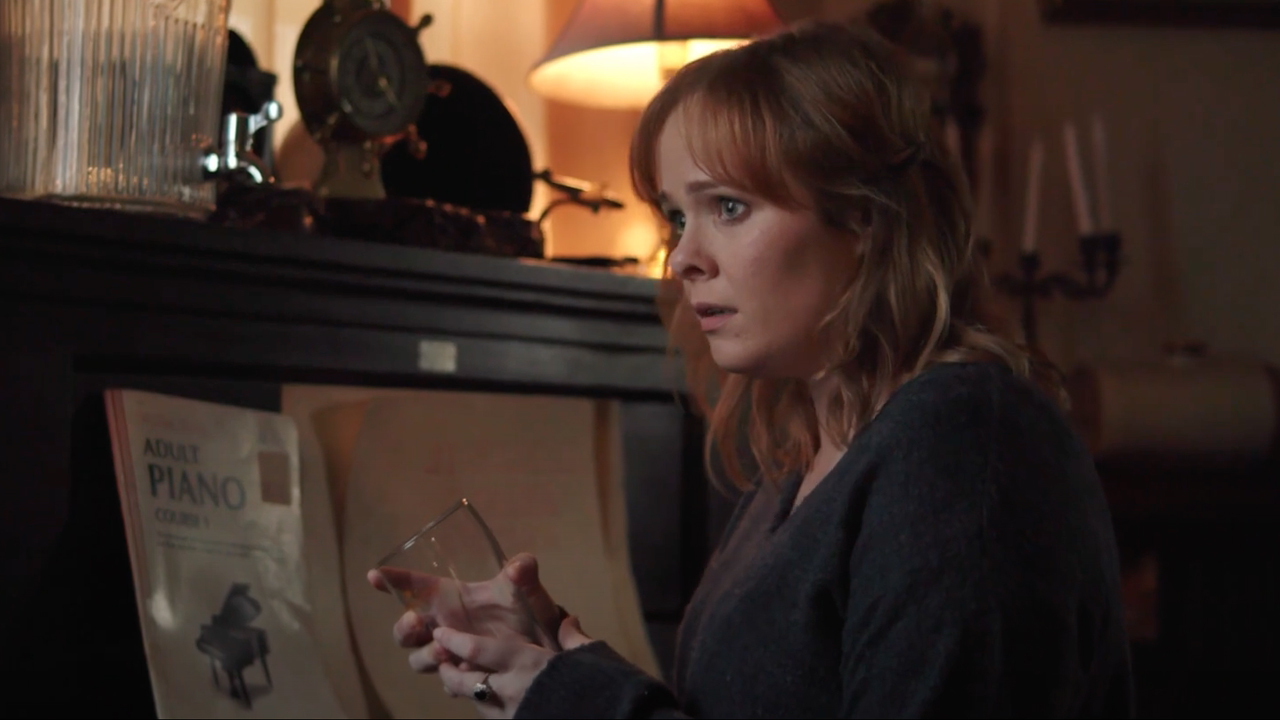 rue love sits just out of reach in the latest clip from Christopher Coleman & The Great Escape. Lucid Cinema presents ‘Amelia’, a music video and short film in equal parts which follows a local waitress and forestry worker, who fall in love in spite of themselves. 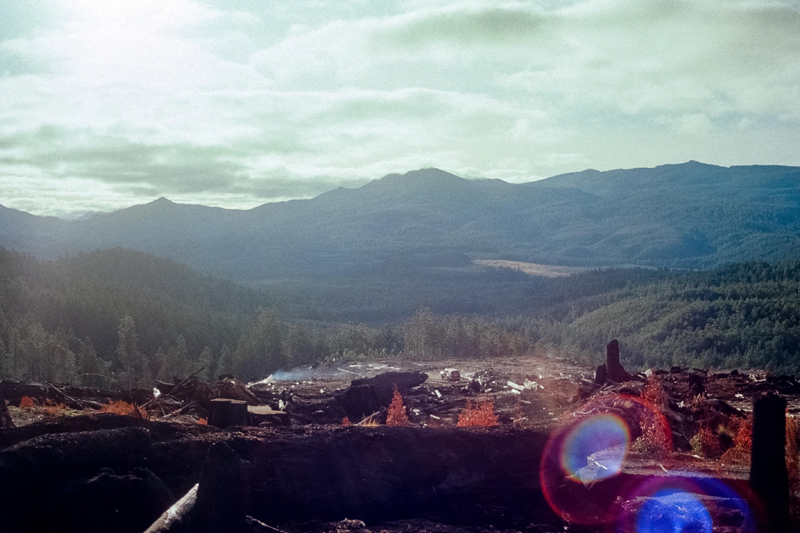 The song itself is a sentimental chapter of a much wider story, the Hobart musician’s newest narrative-folk album ‘The Great Tasmanian Escape’. It’s a semi-autobiographical affair, in which Jesse, our central character, embarks on an adventure across Tasmania’s wilds. Director Gabriel Morrison has roots in Tasmania, where he first happened to see Chris perform at a local festival.

“I was back visiting the island over summer for the first time after moving to Sydney to study. I was incredibly moved by the performance, and I listened to Chris’ music a lot over 2018 as it reminded me of home (as I still do!). When I got wind he was in the works with a new album, I reached out to ask if he’d be interested in collaborating.” 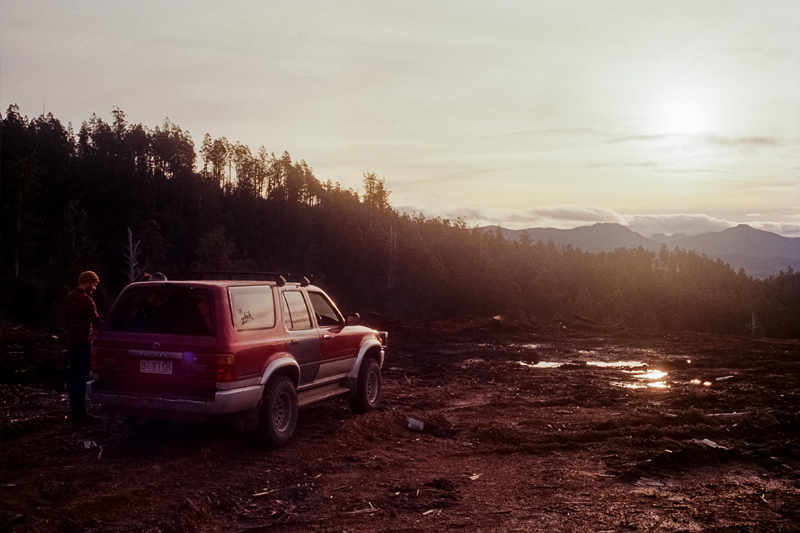 Gabriel handpicked this song to direct. He imagined the music video as a short film set in ’80s rural Tasmania, where Amelia and Jesse struggle to rationalise a new love that falls outside the bounds of their life plans.

“Amelia just jumped out at me, both as an amazing song and something I felt I had a connection to. I felt amazingly lucky to have the choice of song because I think there is nothing worse than trying to create a music video for a piece of music you feel no connection to.” 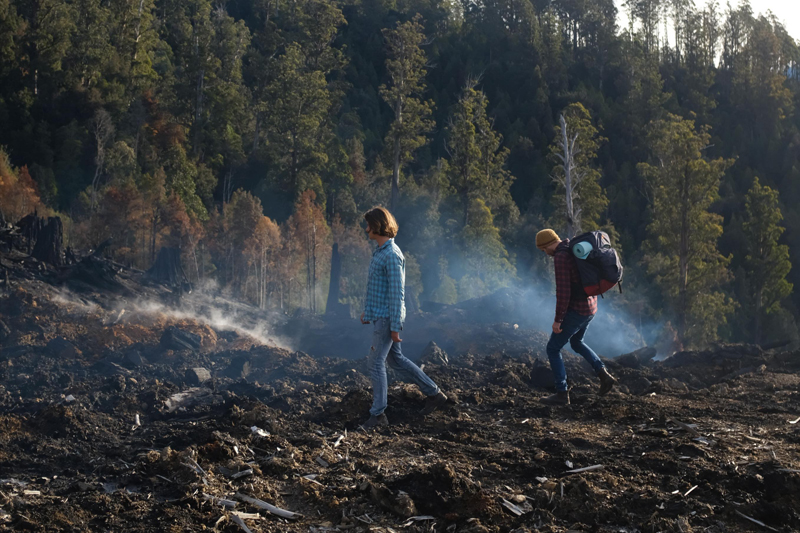 Of course, ‘Ameila’ also serves as a lush postcard for the natural landscape of Tasmania. It’s a great escape to the friendly faces of small-town pubs and the vast wilderness that envelops them. The crew flew down from Sydney over a cold autumn weekend to film with DoP Nicholas Jansz’s Canon C200 and vintage Leica R lenses. The result is a glowing period piece which tempers any digital edge.

“Both of us having grown up in Tasmania meant we have a strong connection to the island. During pre-production we brainstormed locations and landed on very similar ideas. One of the main locations was the Longley pub, one of Chris’ favourite venues to play and one of my favourite pubs in the South.” 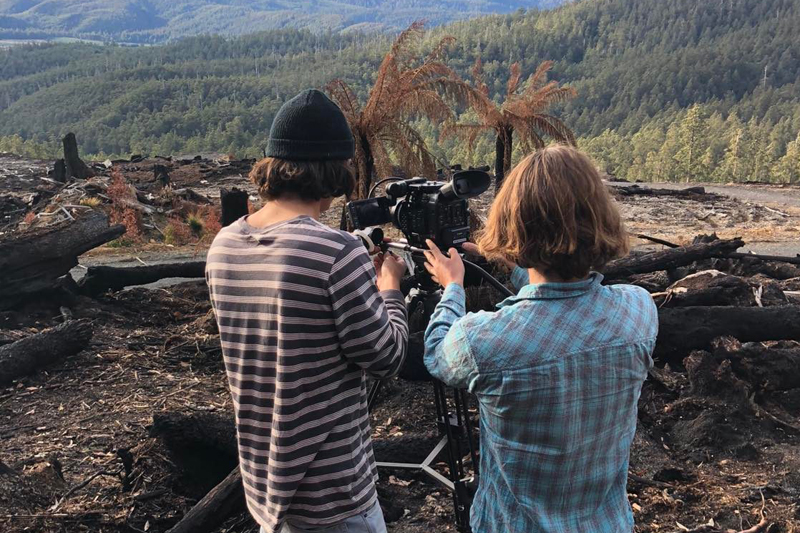 The clip feels sincerely homegrown, opening to a warm-lit evening at the Longley. Here, we’re introduced to the principal lead Amelia, who’s played by none other than Chris’ longtime friend from university, actor Katie Robertson. Glenn Richards’ rich suite of horns and woodwind illuminate the couple’s dance, and we’re immediately cued into their connection.

“For most of the film we used natural light. Instead of adding light, we took it away with blacks and shaped the images that way. The biggest set-up we did was in the pub for the opening shots. We used a combination of prac lamps to create an interior ambience and then punched some tungsten fresnels in from the window to create a bit of a backlight with a full colour temperature blue to emulate street lights.” 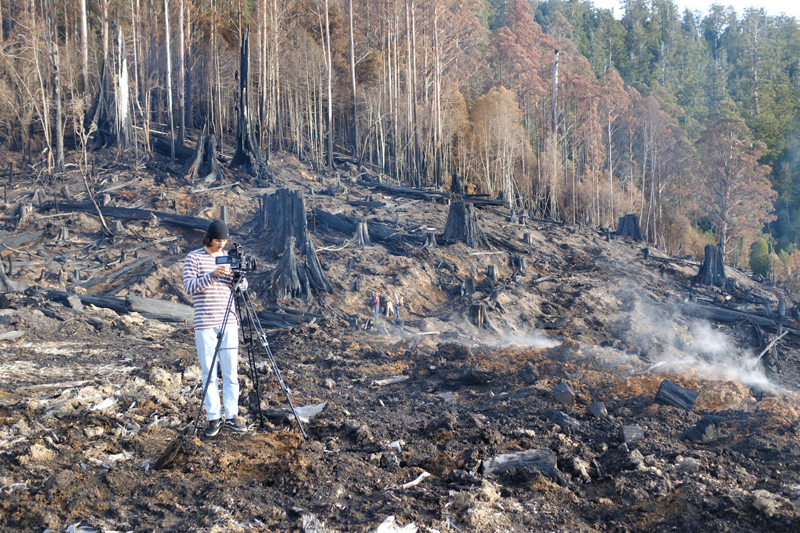 The cosiness dissipates as we follow the couple to the evening’s end. The remainder of the clip ushers in more sobering realisations, accompanied by overcast and low-key natural light. Silhouettes consume, just as the lyrics say – and when Jesse leaves at dawn, the opulence of the orchestra withdraws to subdued guitar.

“We tried to shoot at dawn and dusk to get nice even light with high contrast. Probably my favourite shots were Jesse in the forest hacking at the tree at dusk. That was all naturally lit, and we were lucky to get a beautiful evening with a long blue hour.” 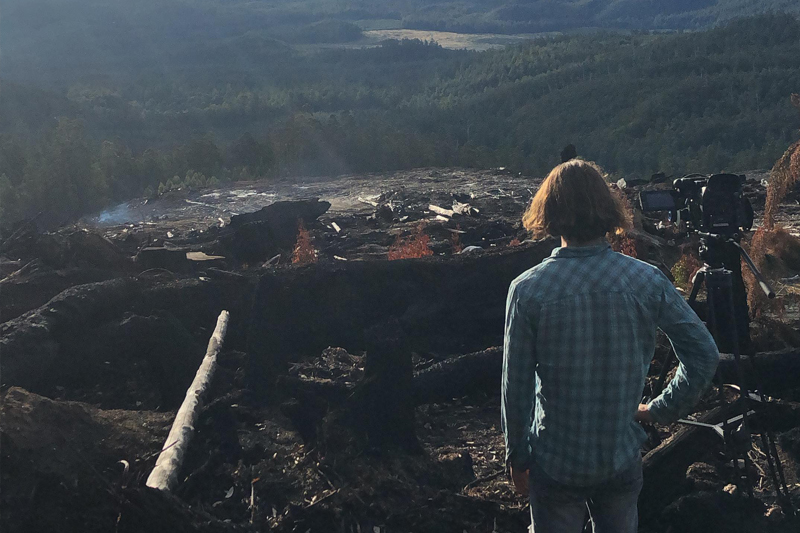 The clip flits between Jesse and Amelia’s divergent day-to-day life. The setting of Styx valley in South-West Tasmania tells so much of the story; as Jesse hikes up the mountain, he’s steadily out-scaled. Jansz’s cinematography embraces its magnificence. Framed by overgrown woodland, Jesse takes a small axe to an ancient tree, and the stakes intensify.

“I’d always wanted to film something in the wilderness. It’s such a humbling experience just walking through those giant trees that are hundreds of years old, towering above you towards the sky. I’m just really glad it translated like that to the screen. And I’m glad we could capture that part of the forest as it’s probably been clear-felled and burnt by now. It was right next to a giant logging coupe so it was definitely the next to go.” 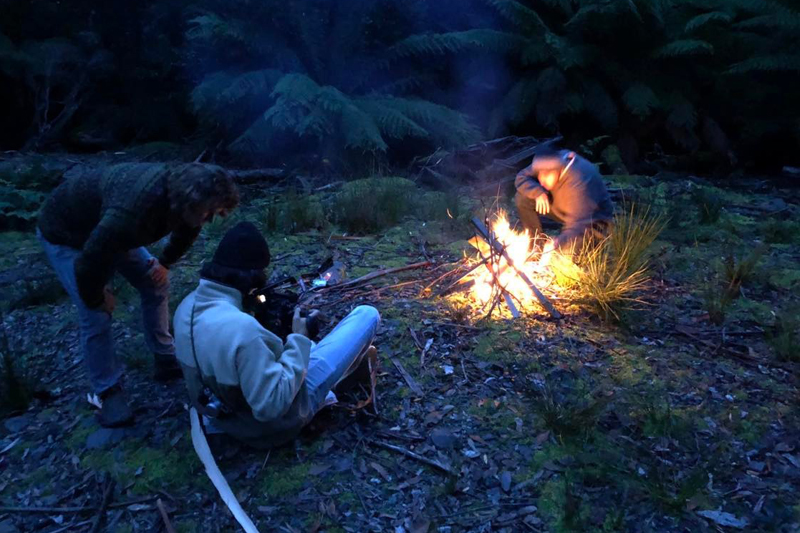 Absence makes the heart grow fonder as the perspectives shift, all with a steady pulse. Complemented by Coleman’s brooding tones, Gabriel Morrison packages that quiet heartache you feel when things don’t quite line up the way you’d hoped.

“The story was definitely a reflection of what was going on in my personal life at the time; it was something I could really relate to, living in Sydney with so many friends and family in Tasmania. I think lots of people have those similar anxieties in a new relationship, especially if people are separated by distance. I think it’s something really relatable to a broad audience.” 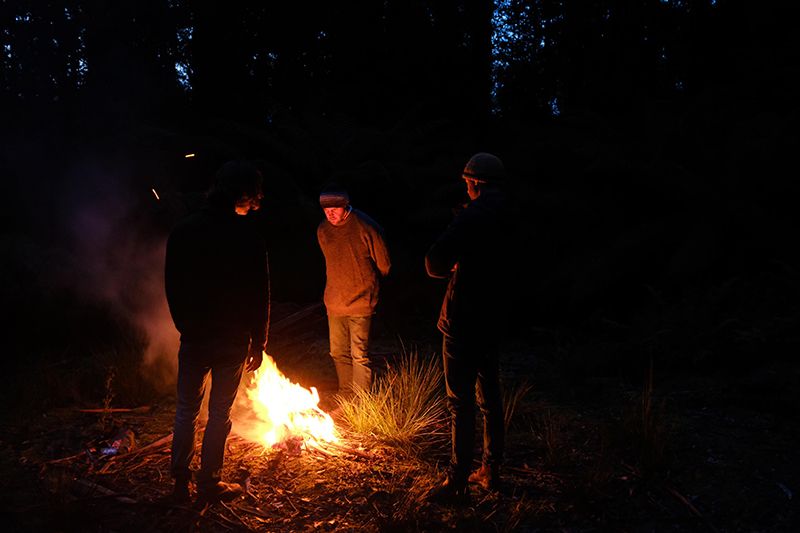 The final shots bookend the serendipitous beginning, resplendent in warm firelight and accompanied by blaring horns. In line with the lyrics, Amelia holds a broken glass and Jesse stares into a crackling fire. Despite their distance, the couple arrive at a clearer vantage.

“I like that people can draw meaning from their lived experiences. I guess the main thing I wanted the audience to take away was a mood – a bit of heartache!”

Stirring and true to form, ‘Amelia’ intrigues the wider narrative of ‘The Great Tasmanian Escape’. Gabriel Morrison directs a clip written in the same cursive as the song; home-grown with feelings of cinematic proportions.

Here is the official video for ‘Amelia’