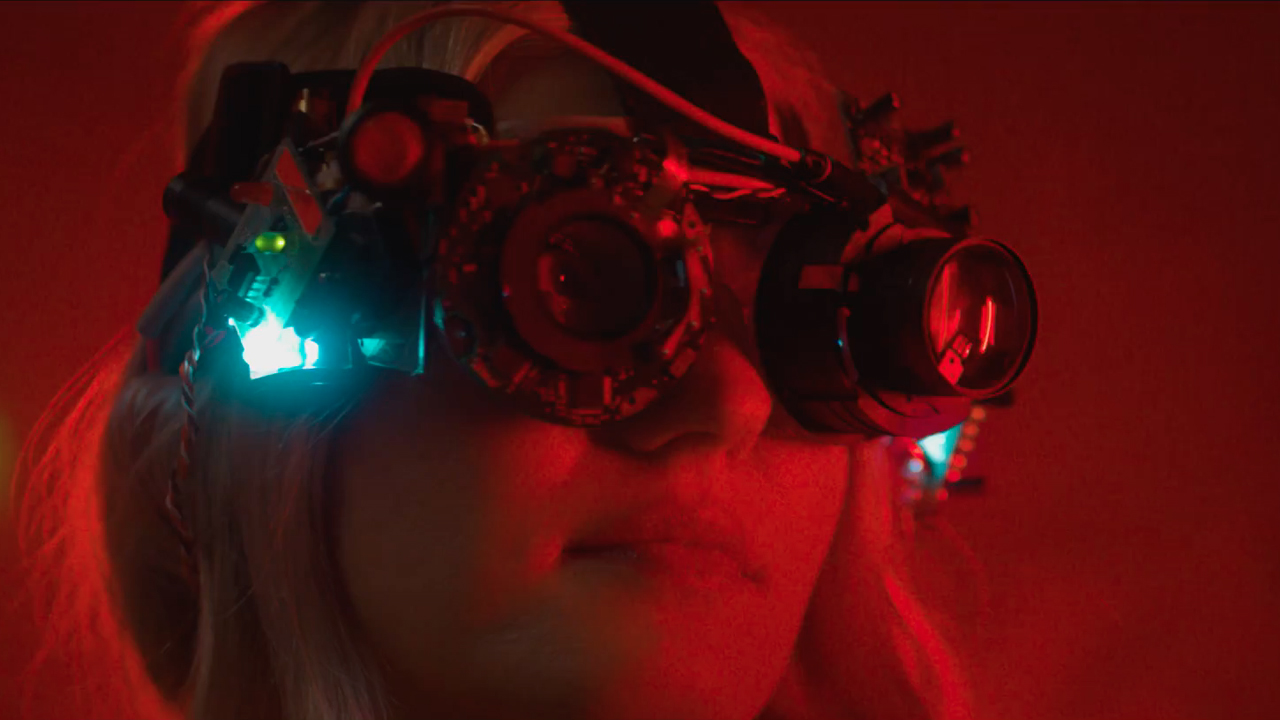 he God Complex, the feeling that above all else, you are above all else. Completely absorbed in your own actions, believing a level of divine right has transcended you above others. Self-absorption in its truest and purest form. In a visually striking and aggressively paced clip for The Daily Chase’s Lotusland, Director Ben Heidrich, the drummer from the band, shows us the dangers of the narcissist who believes himself a king. 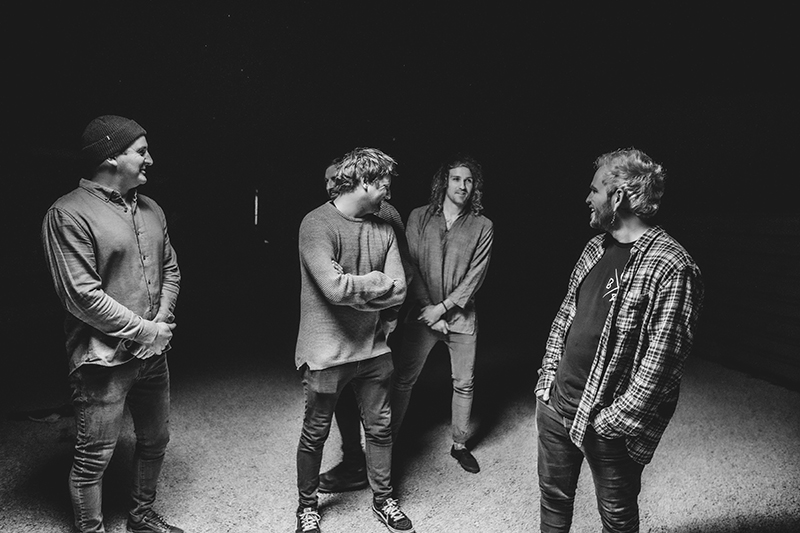 The Daily Chase lines up for a press shot. Credit: Tom Scott

The clip opens with its mission statement clear and present. The slightly over-the-top performance from the corporate pawn demands that we rethink whether we continue with our lives as they are. His appearance criticises the idea that the digital way is better. We are encouraged to ‘sample the poison,’ a thesis statement for where humanity is heading. With the metaverse slowly creeping into the mainstream, Heidrich tells a cautionary tale on the clip for Lotusland. The clip depicts the division of the modern world, a world where we live half our lives online, with only the briefest glimpses of curated paradisical moments and are encouraged to delve deeper into this metaverse where we can truly begin to reshape our lives like kings. Ben explains his thinking:

“The music video for Lotusland explores the darker truth of modern technology and the metaverse. The human race is sold a product promising a better way of living, a new world away from the ordinary reality. A place where you can become anyone you want to be, the king of your own world. The character behind the desk is a pawn of the corporation and truly believes in the product he is selling. He becomes completely absorbed by the system and gives in to the hold of the metaverse. The narcissism in the consumer.” 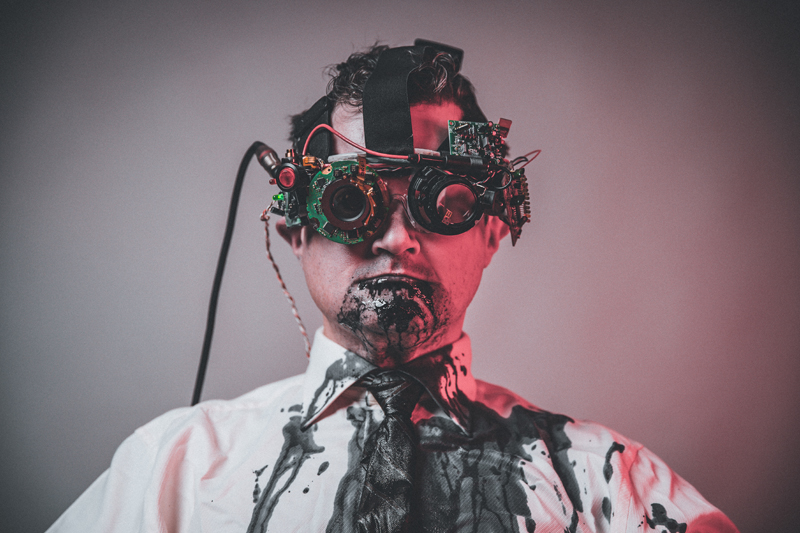 Buckle in for the ride of your life. Credit: Ben Heidrich

Heidrich builds both worlds, the virtual and the real, distinguishing them from each other aesthetically, with tranquil, safe and peaceful imagery for the imaginary and insanity for the concrete and tangible. As the clip progresses the king and the pawn lose control, becoming addicted to the dream, the idea that a digital world frees you and that you can live there without repercussions. The tranquillity is disturbed, cut between the tar-like poison, a graphic depiction of the dangers of being plugged in for too long.

“The aesthetics of the ‘imaginary world’ needed to be super contrasting with the real world. They needed to paint the picture of a safer and happier place, a world that was desired by the character. I timed the shooting days to line up with the canola farming season in Lockhart, NSW. My film company is based in Wagga Wagga so there’s plenty of canola fields around. My wife, Bonnie Heidrich, played the woman character in the video and has been in a bunch of videos previously. We’re always doing photoshoots, so the outdoor canola field scenes just came naturally, and we had a lot of fun.” 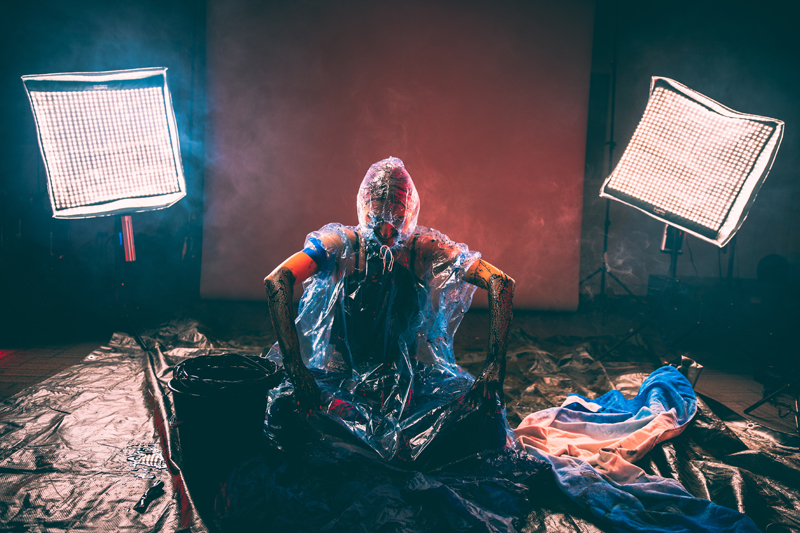 Heidrich developed the concept and the story of the clip with colleagues at Headstrong Films with the full support of the band. The song itself explores the narcissistic tendencies of humanity along with a psychosis that causes the character to be immersed in his own created world. Heidrich develops those notions further, adding modern technology and the idea that humanity is being sold the ability to be egotistical.

“They had trust in me and were blown away once they finally saw the video. I wanted something that was close enough to the lyrical story and the concept of narcissism, but not word for word. We played around with a few ideas but once Rahj Jordan started building the VFX, we knew the concept was strong enough to work in the video. My inspirations for the storyline were modern technology, the world we’re living in now and where it’s heading.” 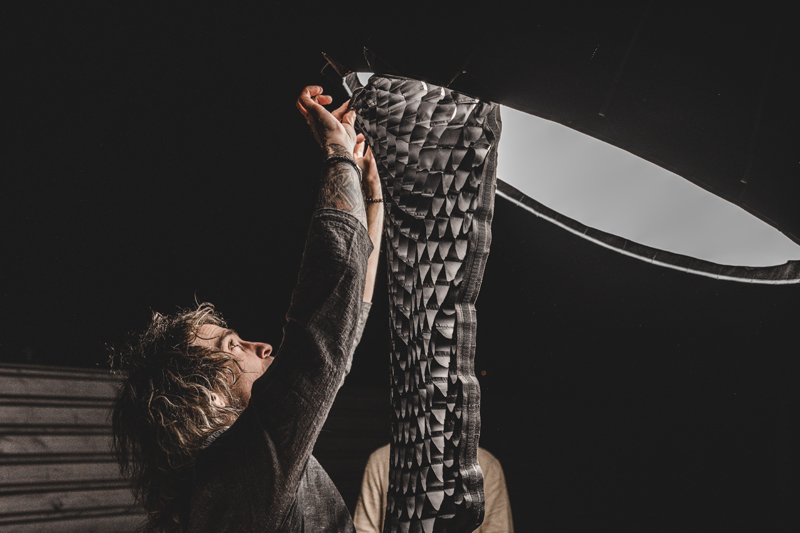 Heidrich already had the challenge of shooting a video set in two distinct worlds which meant needing multiple locations. The difficult of this task was exacerbated by the pandemic.

“The video took around 8 months to film due to lockdowns and getting stuck interstate. I filmed the band scenes in SA, parts of Rory in Darwin NT and the rest in NSW. The storyline also evolved as time passed leaving me to drop scenes and film completely new sections during the process.We started with shooting the band scene in SA in early 2021. This shoot included the scenes of Rory stumbling around the urban environments and also some of his vocal pieces. We then filmed Rory’s room scenes from a hotel in Darwin city near the end of the year. The canola flower parts were filmed in Lockhart NSW and the rest was filmed at our Headstrong Films in Wagga Wagga. I obviously can’t film myself during the full band shots, so I had our long-time band videographer Tom Scott jump in for those scenes.” 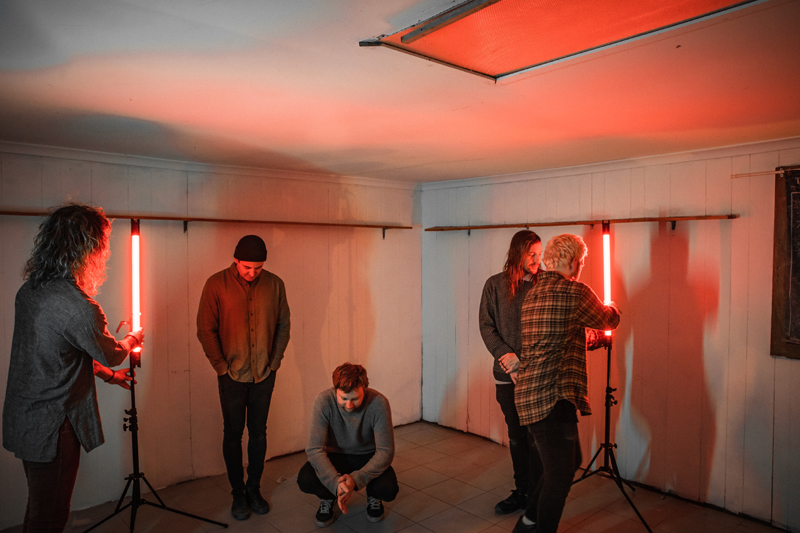 The clip makes good use of on-house animation guru Rahj Jordan’s skills, using VFX to further emphasise that digital narcissism leads to losing control and losing yourself. The neon sculptured grids form hands that reach out and drag patrons of the sinister technology closer and closer. Jordan elaborates:

“Lighting our VFX scenes was a big part of our aesthetic. Dark moody environments filled with volumetric mist, neon reds and a lot of light emissions. We trialled a few different looks and render engines until Ben and myself were stoked with the overall look and aesthetic. Creating a world made of shifting wireframe geometry to represent the growing power of the creator with machines and cables connecting to the mainframe, and empty rooms being shook by the digital hand with the empty room representing just how numb and invisible consumers can be.” 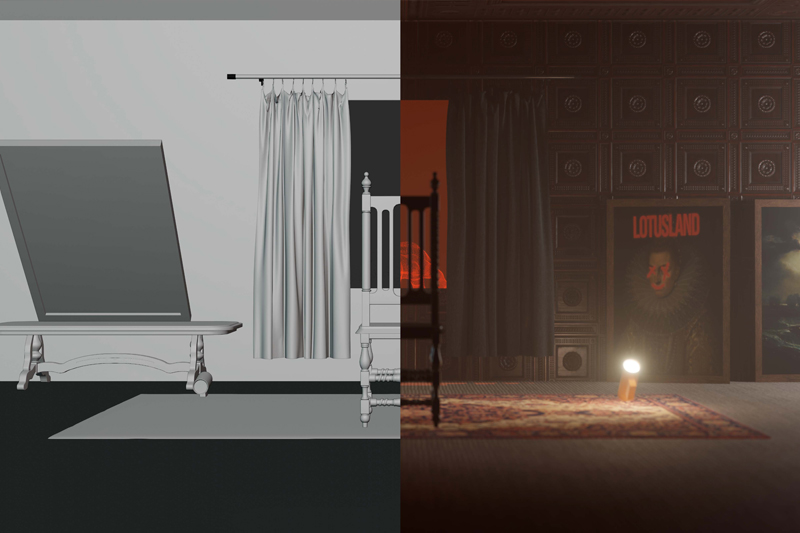 The Daily Chase’s Lotusland is in all parts a cautionary tale about the dangers of the metaverse and technology, a manifestation of the conceit and self-importance of the user, and a visually impressive and stylistically appropriate accompaniment to the metal song. Heeding their warning, or at least being aware of it, serves us well.

Here is the official video for ‘Lotusland’