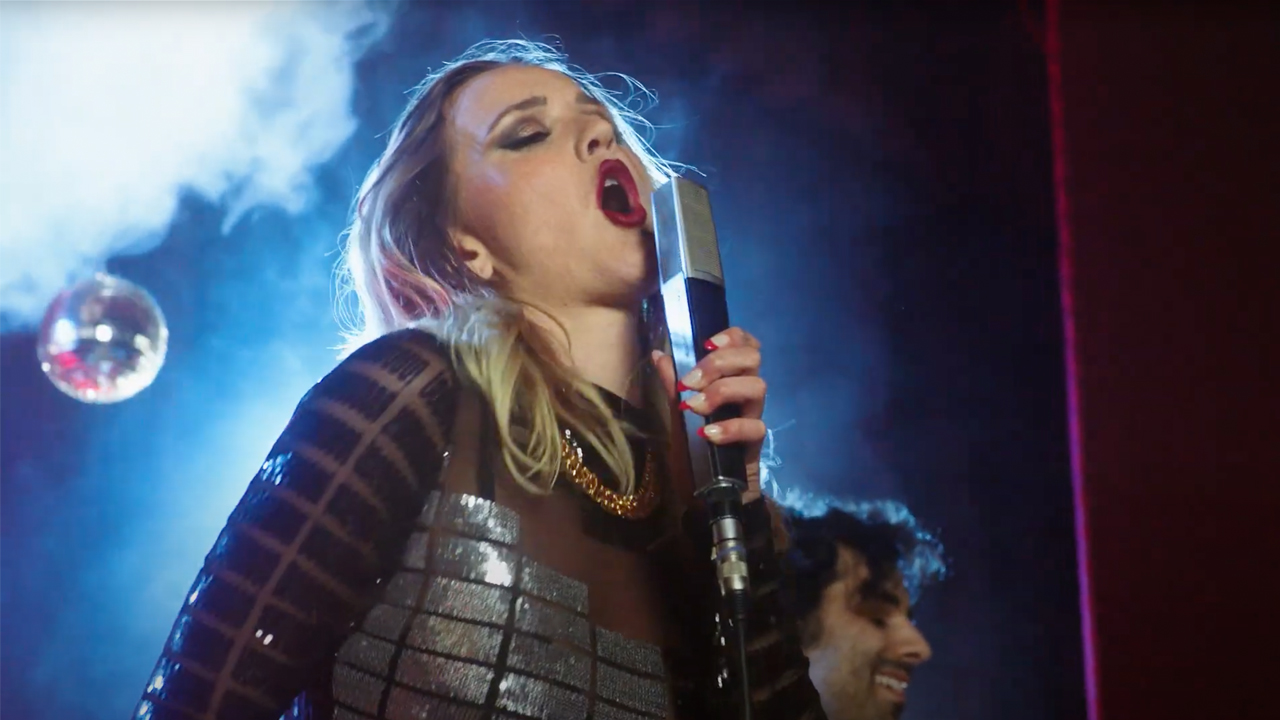 [dropcaps type=’normal’ font_size=’60’ color=’#ed145b’ background_color=” border_color=”]A[/dropcaps]fter directing clips for Amyl & The Sniffers, RVG and Alice Skye, Melbourne powerhouse Triana Hernandez brings us Romero’s ‘Turn It On’; a shimmering trip back into the golden-era of live multi-camera performances. The clip features the band in all their on-stage glory surrounded by blown out lights, disco balls and putting on one hell of a performance. Drenched in modern day nostalgia, lead singer Alanna Oliver commands the stage as one lonely vape lord fan rolls his eyes at their efforts. 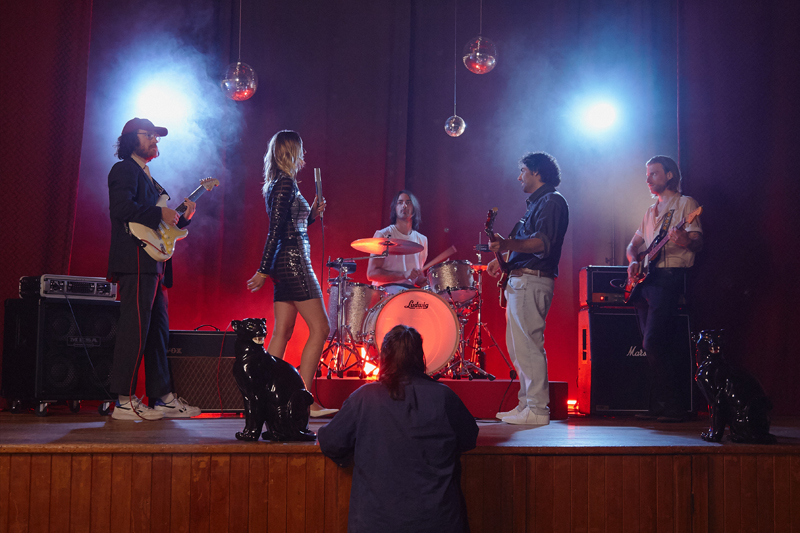 It’s no wonder such a buzz surrounds Romero with this shimmery track; it has an amazing vintage vocal sound, a punk edge and riff city from the get-go. It’s like we’re sitting in CBGBs in 1975 with The Sunnyboys while a TV flickers behind the bar with footage of Scott Morrison’s beefy head avoiding questions about flood disaster recovery. A truly refreshing sound and clip for the times we find ourselves in as we long for the days when Australia’s music scene was bustling and always on the move. Capturing Romero’s sound in a video clip is so well executed by Hernandez, it’s the effortless details that make it so convincing. Hernandez sheds some light on how she pulled it off.

“Romero’s music is both retro and modern, so the clip naturally gravitated towards a modernised version of something nostalgic in essence. It was little things like Alanna’s vintage dress paired up with modern nails, or the close up shot of Ferg’s Reeboks being one of the only cut-aways in the clip…It’s all very 21st century swag via timeless 80s vibes.” 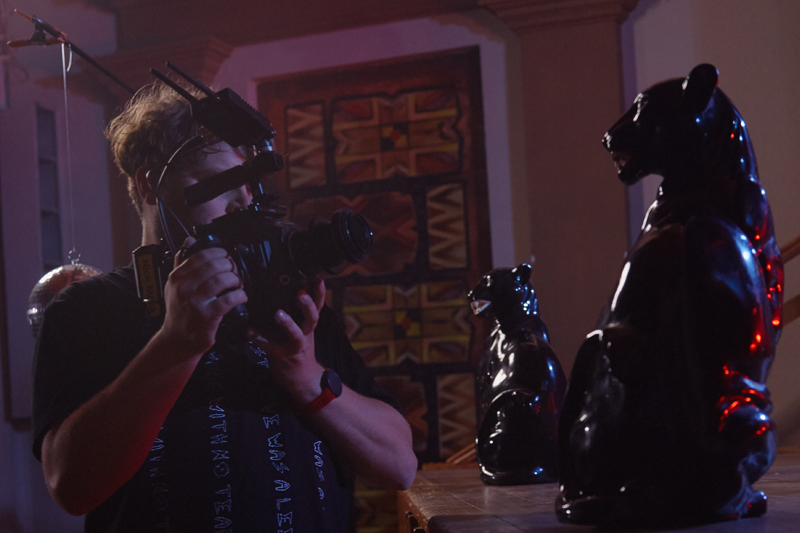 It’s a classically hard feat to pull off, making a live band look convincing on stage. Drummers can feel lacklustre, singers out of sync and guitarists bored. But throughout the clip the band are smashing every section as if we were there in the room. Hernandez takes no director’s credit for the achievement.

“Props to Romero for performing the song a million times from start to finish for the clip. They performed it pretty much without cuts so that’s why it feels real – they were playing the song over and over again and being themselves on stage.” 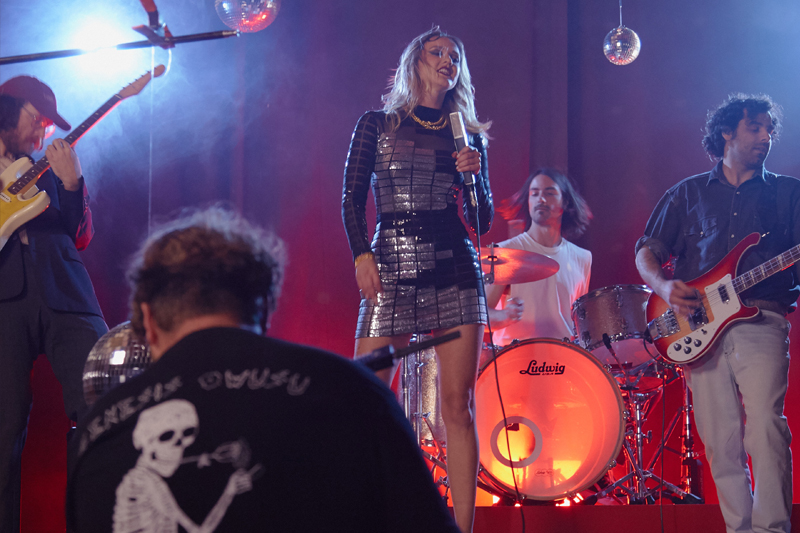 Hard work people, it’s all it takes! The shining star in the clip is the lighting setup; disco balls, blown out lights and a red spotlight that injects a horror film vibe to the mix. The production design is captured on a Blackmagic Ursa Mini Pro using Canon glass. Throwing back to those 80s Countdown performances, Hernandez explains how she respects the tradition in her own style.

“For the lighting design I worked with Nick Mckk (also the cinematographer for this clip!) who is a total gun. My brief to Nick was a cross between spooky and pop, and he immediately mentioned  “The Love Witch” which ended up becoming a main inspiration for the lights design. I also wanted the clip to feel slightly sci-fi, like a paranormal dream, so that’s why there’s all these green / haze moments throughout it. My favourite lighting set up was the long umbrella designated towards spinning the disco balls every couple of minutes in order to achieve that extra shimmer on camera haha.” 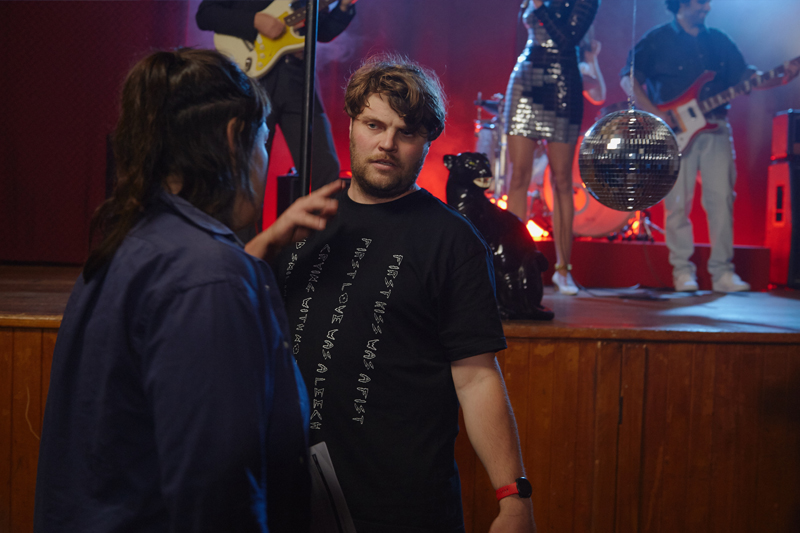 With minimal narrative, the clip largely urges the viewer to experience Romero’s live performance energy with Hernandez wanting to present the moment when “you watch a band that’s so good live that reality is suspended whilst you watch them play”. The live performance is only interrupted through a scene towards the solo section at the end where Alana is presented in a close up dream-like state, looking dead into the camera. It’s slow and seductive as she moves her arms across her face while looking into your soul. Hernandez explains the decision.

“That moment is ~ the magic spell ~ ,it’s the moment during a live show that the artist glances in your direction and you feel special, part of something big and beyond words.” 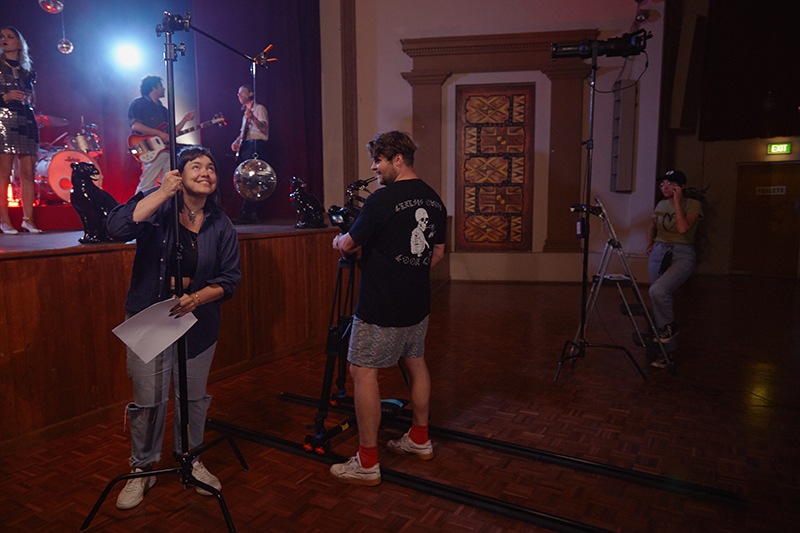 The singular narrative feature is found in the bored 20-somethings man up the front, the sole crowd member at the show. We see him roll his eyes, vape and have a phone conversation with a friend stating that “this band sucks”. It’s a great juxtaposition to the live performance and acts as a reality check; Romero remains unphased.

“Shout outs to Damo, who is a good friend of the band. Adding Damo was the band’s idea and it works so nicely. I didn’t really ask Romero about why they wanted a bored guy, but I like him because he reminds me that no band in Melbourne is complete without a front row vaper who loves to hate but is secretly hooked…” 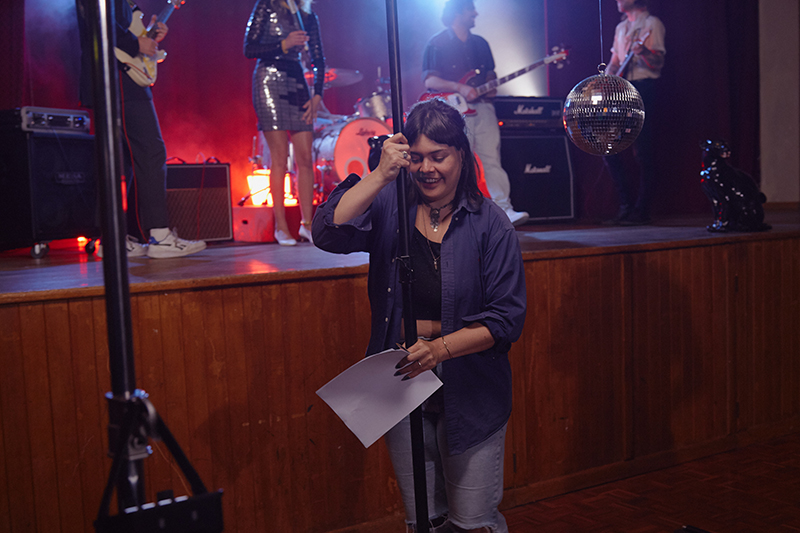 Romero’s ‘Turn It On’ is a celebration of the vintage era brought into the modern world. So much of what we do in 2022 is looking towards the future or trying our best to live in the moment. Why not pick the best bits from our long history on the planet and have as much fun as possible?

Romero’s Debut album Turn It On! was released on April 8th via Cool Death / Feel It Records.

Here is the official video for ‘Turn It On!’