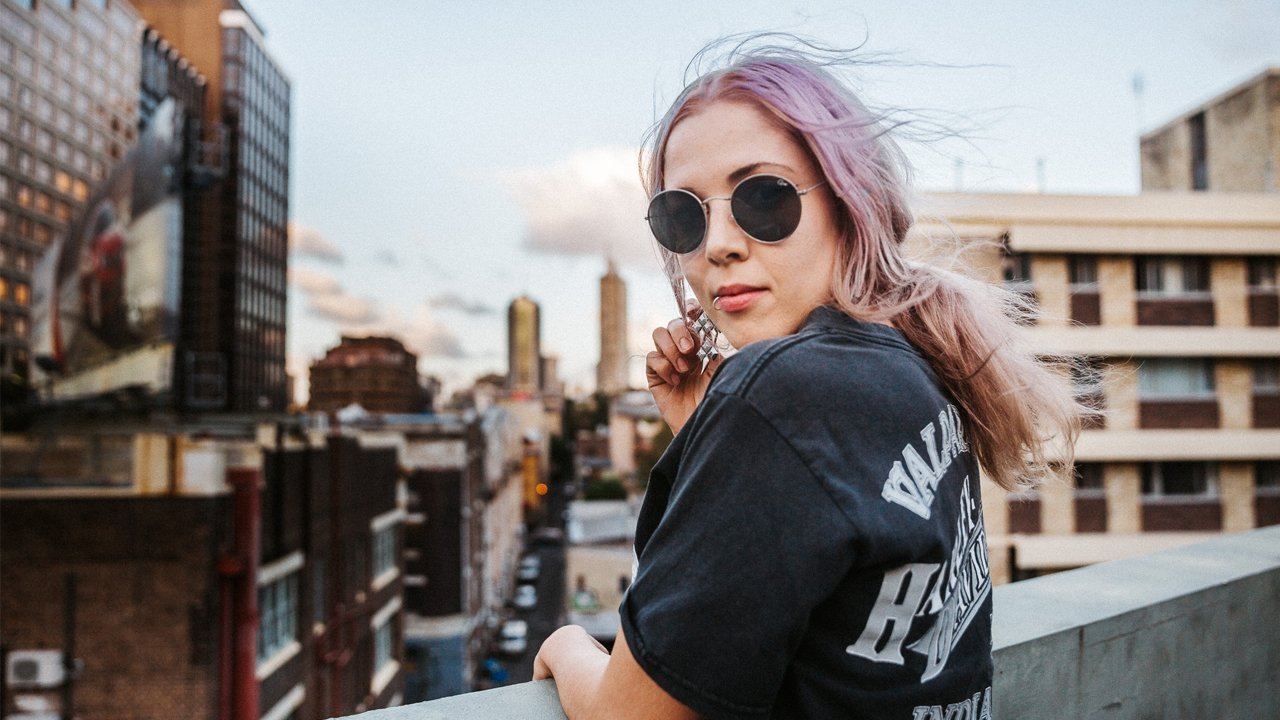 Daydreaming Worlds: Aislinn Lowe On Her CLIP For Sarsha Simone

by Olivia Costa
0 comments
[dropcaps type=’normal’ font_size=’65’ color=’#ed145b’ background_color=” border_color=”]W[/dropcaps]riter/Director Olivia Costa caught up with Sydney based Filmmaker Aislinn Lowe, to learn about her love for music videos and reflect on a recent shoot for Sarsha Simone. With a background freelancing and having worked with clients such as MTV Australia, Adidas and Warner Music, it’s amazing to see Aislinn continue to create ambitious clips for independent artists.

What is it about music videos as an art form that you enjoy?

I love the way you can combine sound and visuals to create new meanings, or deepen the meaning of one or the other. Watching video is a really special experience because it can take you out of your own world and transport you into a new reality or offer a new perspective. It’s different to other mediums of art or communication because you have so much power to affect the audience using visual and aural modes of storytelling. 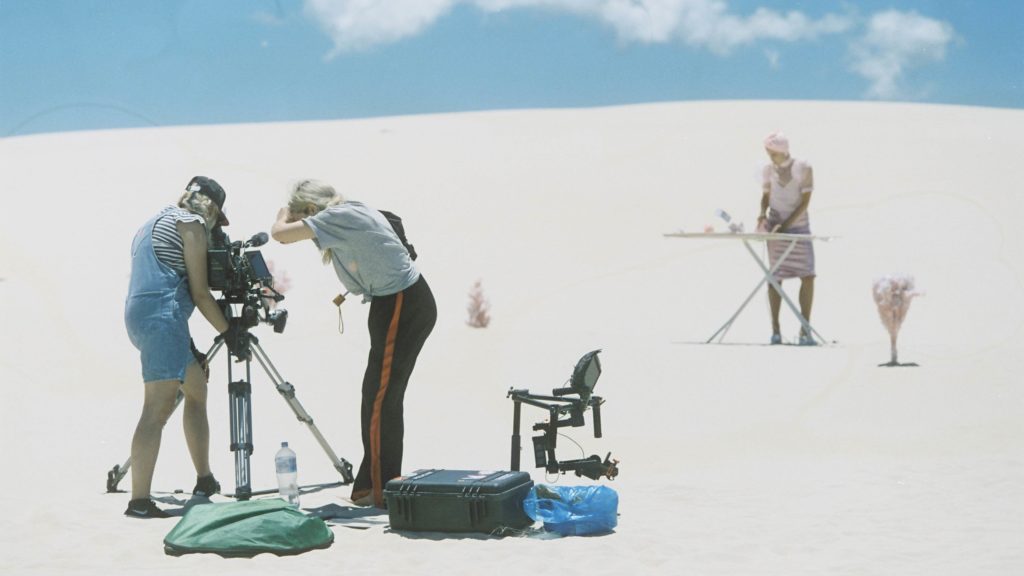 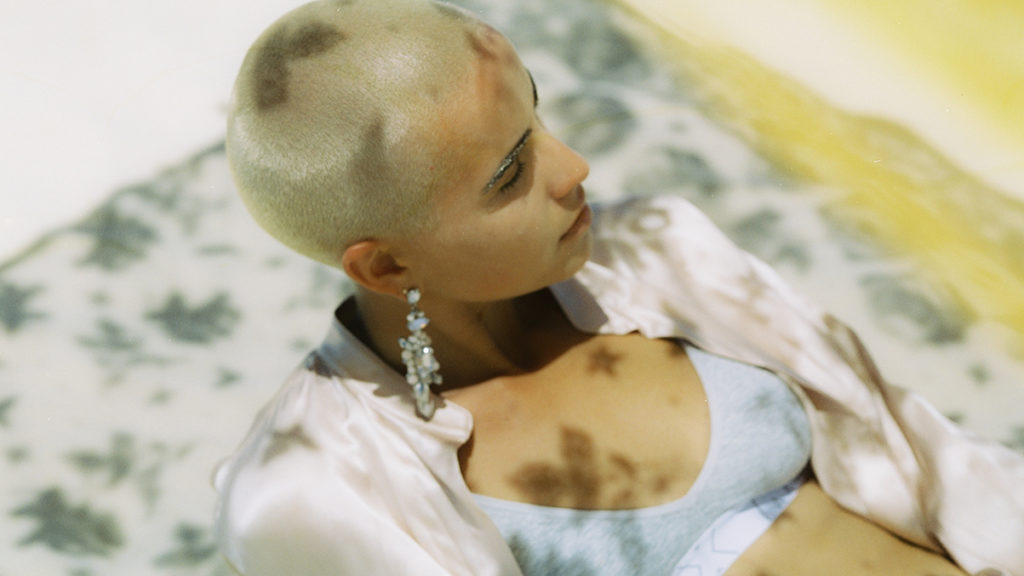 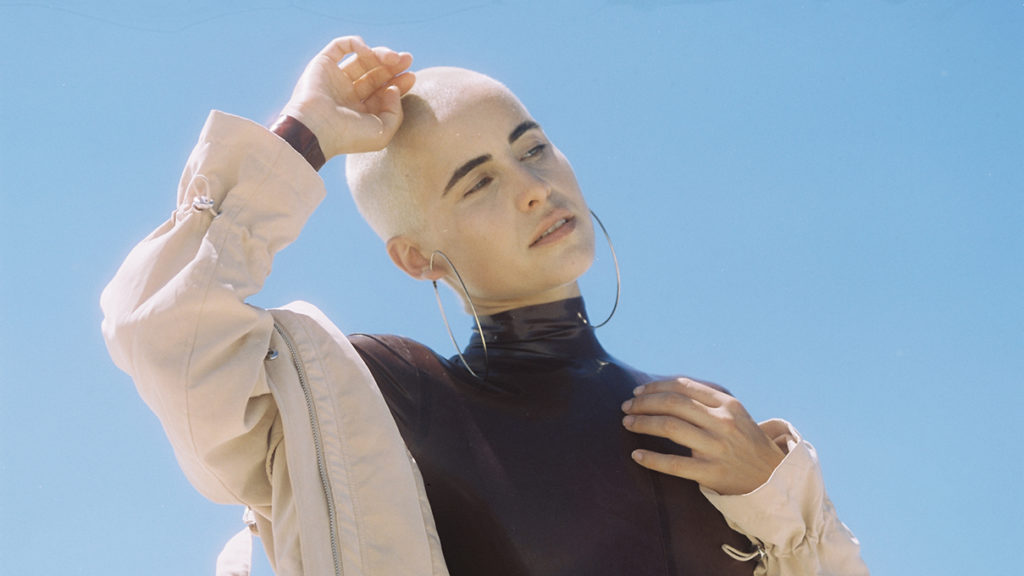 I’ve always really loved music, so music videos are particularly special to me; to be able to see your favourite artist exploring a new world set to your favourite song – that’s just an awesome experience. I think there’s also something to be said about the way that music videos are both quite short form and often very stylised, so that you can dip into 50 completely different worlds in the space of a morning spent watching Rage, which is amazing. I don’t like the limitation of video worlds having to mirror our ‘real world’, so to be able to be so stylised and different from reality really appeals to me.

How do you see the relationship between music video and song? How does this relationship affect your creative approach?

I generally like to make the music video further the mood and tone of the song, although I’m sure it would be very interesting to put them in contrast to one another too. With my creative approach, I’ll listen to the track a bunch of times, to get a feel for what colours and motions and scenes come to mind and then flesh it out from there. A lot of times the structure of the song lends itself to a certain narrative or editing pattern, so I’ll normally be quite instinctive with that. For example, if I hear a staccato beat, I’ll want to incorporate a lot of staccato cuts, or if the song lyrics focus on a theme I might try to incorporate that in the music videos’ story.

For instance with Sarsha’s track ‘Daydream’, I wanted to focus on the lyrics of being mentally in ones own beautiful inner world, so that led to portraying Sarsha as some sort of uber-femme nomad, living on this dreamy stretch of desert. The lyrics also spoke about people’s pursuit of money so I really wanted to visually illustrate that by have her ironing money, but then it’s just flying off everywhere in the wind, to give the idea of her existing in this dreamscape where money isn’t the main goal – again creating a world which is sort of at odds with a lot of people’s experience of reality! 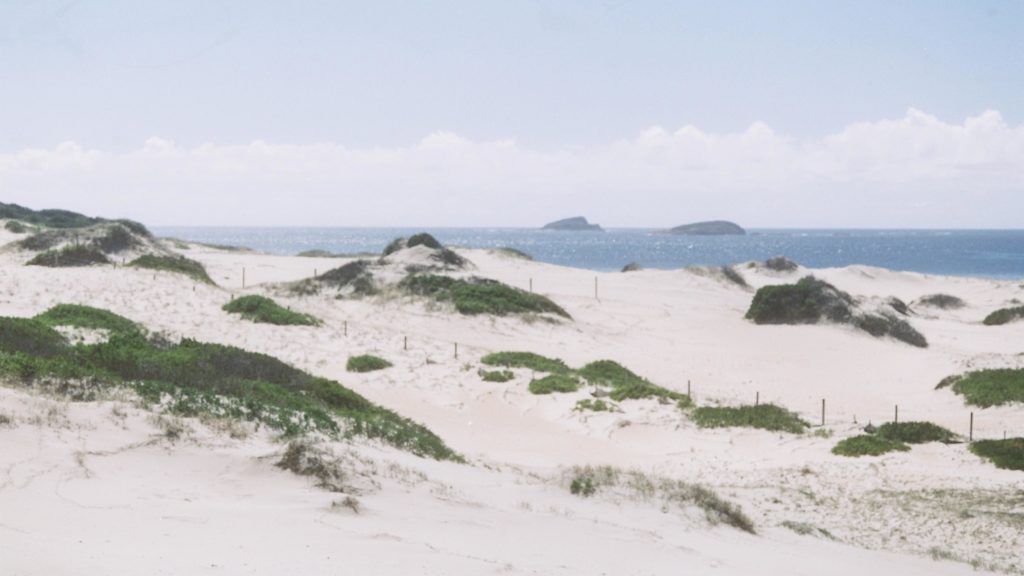 The video is beautiful, but was shot on sand dunes (!!) … what was the experience like on set for Daydream?

I find the experience of any music video to be a real moment of peace, despite the conditions, just because you spend so much time in pre-production so to finally be on set and actually seeing your vision come to life on the monitor is a great experience.

The experience on set for Daydream was challenging in terms of transporting gear, props and people to places that gear, props, and people don’t normally belong, but in another way really fun ‘cause all the crew and cast were in this quite unique experience together. We drove up from Sydney and stayed at this cute farm stay an hour inland of location and were in these two four-wheel drives jam-packed with flamingos, deck chairs, a clothing line and other production design stuff. It was sort of funny but also sort of “wtf is happening?!”. The crew was amazing, I normally bring on people I have worked with before, and the people that I hadn’t previously worked with turned out to be great too – everyone really worked well together! 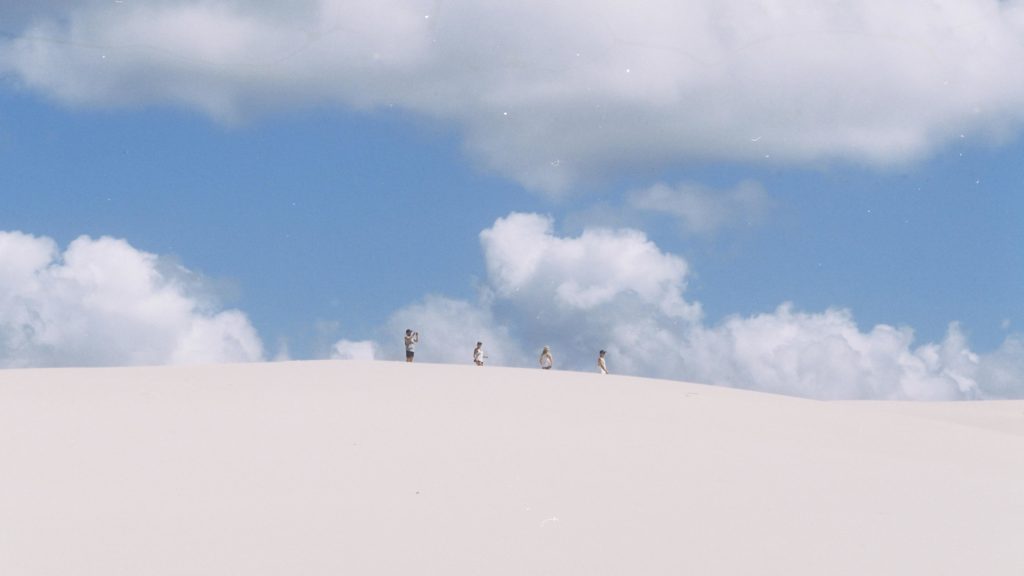 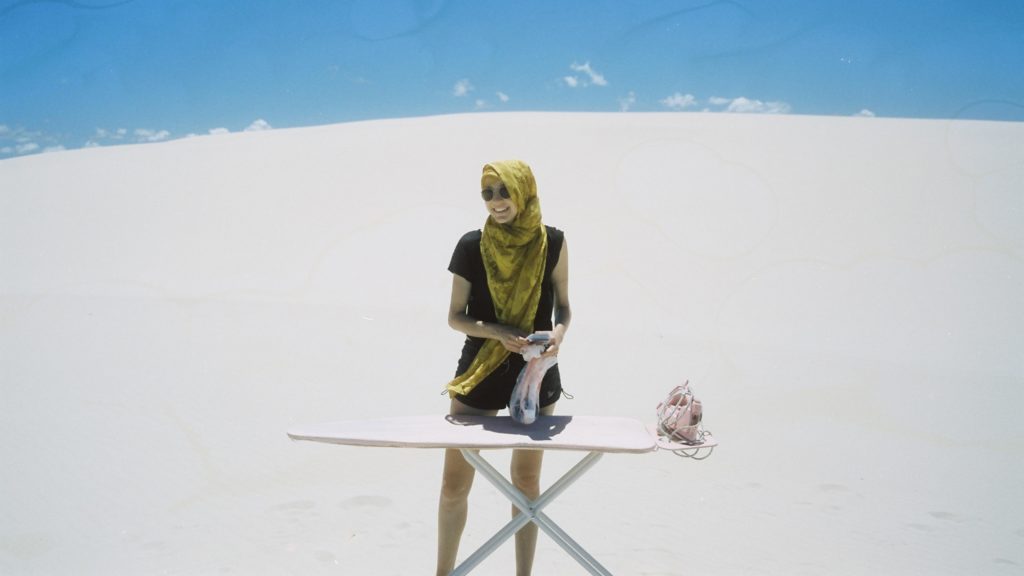 What did you learn from making this music video?

Shooting Daydream taught me to bring a spare pair of shoes if you’re shooting on sand dunes… and also adequate sun protection! I realised that I’d like to get another producer on board for the next production I end up working on because producing, directing and editing yourself can be fatiguing, so I’d love to bring on someone next time as a producer to help with the pre-production process.

Here is the official video for “Daydream” By Sarsha Simone