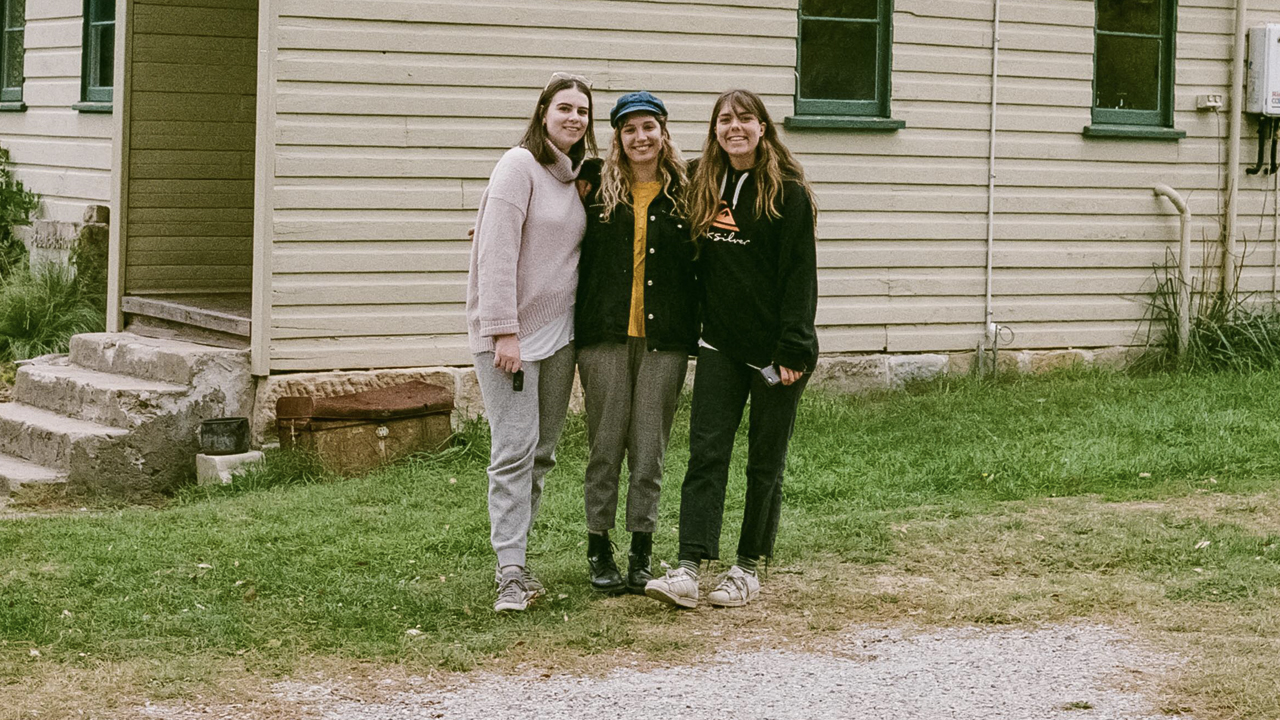 Here at CLIPPED.TV we had the special opportunity to interview upcoming artist Violet, director Jessica Vincenza and cinematographer Harleigh English behind the Lynchian music video for “BOXES/HOUSES” which premiered on the 17th of August.

What was the concept you explored for this video?

Violet: ‘BOXES/HOUSES’ is about living in circles, always between walls and constantly existing within the confines of societies metaphorical boxes. So this idea of entrapment is really what the clip is based upon, as well as the ‘numbness’ that everyday life and repetition can cause – that’s where the slow motion really comes into play, to give the video this overall sense of lethargic numbness.

Jessica Vincenza: When Violet told me about her concept behind BOXES/HOUSES, I had this super strong image in my mind of these suburban character’s being seen only through their windows –  as if they were trapped in their houses. So, by framing a wide demographic of people within these tiny windows, we aimed to visually manifest this notion of entrapment and stagnancy within the suburban landscape. Each window reflects both the physical and metaphorical boxes we place ourselves in. Boxes we are so often detained by. Societal expectations and personal pressures, whatever it may be – we’re all guilty of it and often unaware of just how restricting these boxes can be. Violet’s role in the film is to show the perspective of someone who is on a journey to awareness.

Harleigh English: To follow on from what Violet and Jess have said that ‘numbness’ I think was quite important to portray. These houses, specifically within suburbia, don’t really function within the realm of them being homes sometimes, and I think it comes down to the fact that they are all so similar to each other. So when you look at it from that angle, you can ask a question like how do these spaces provide an insight into individuality, where the answer can simply be that they don’t. Instead they may feel disconnected within this landscape, and as a result, may become disconnected from themselves. With the camera we wanted to reflect that distance or disconnect, so placing it outside made the most sense. Utilising zooms also helped with that feeling as if everything is becoming smaller and tighter around you.

Was there any notable visual inspiration for the clip?

Violet: I’m slightly obsessed with David Lynch, and the way he can make his audience feel so unsettled and uncomfortable, whilst showing us seemingly ‘picturesque’ small towns – so this was something I really wanted to try and harness throughout the video.

Jessica Vincenza: We drew on a real range of artists for our visual inspiration! Some notable film-makers were Alfred Hitchcock’s Rear Window, Luc Besson’s Leon the Professional, David Lowery’s A Ghost Story and Stanley Kubrick’s everything cause he’s the man with his use of zooms and one-point perspectives! We also drew on the work of photographers Todd Hido’s Houses at Night, Larry Sultan’s Pictures from Home and Gregory Crewdson! 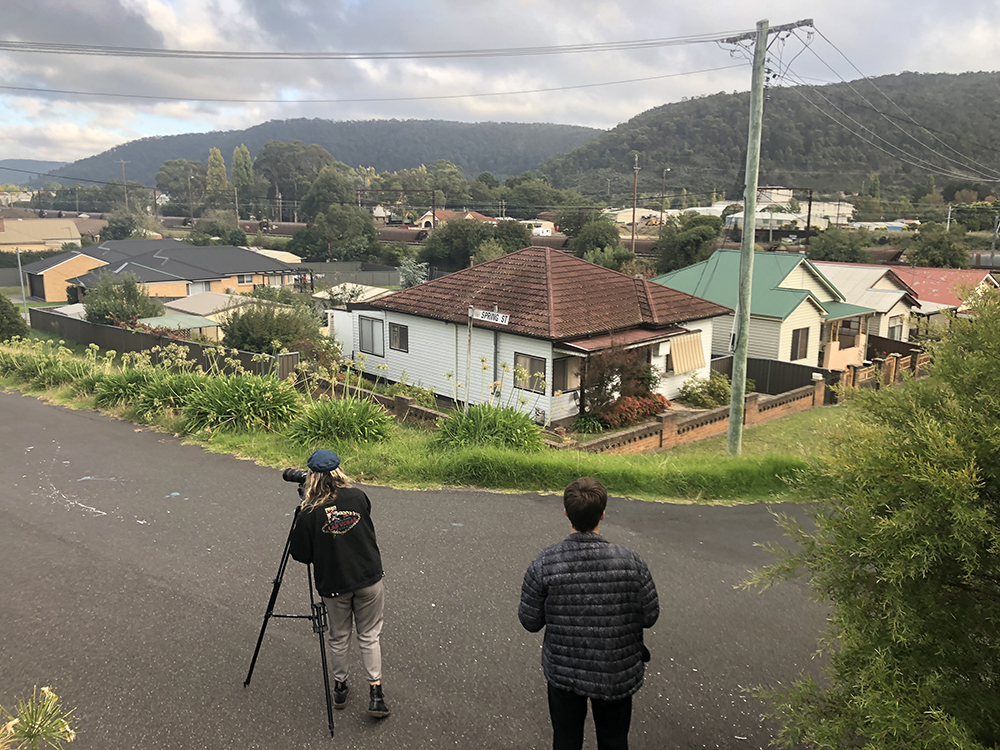 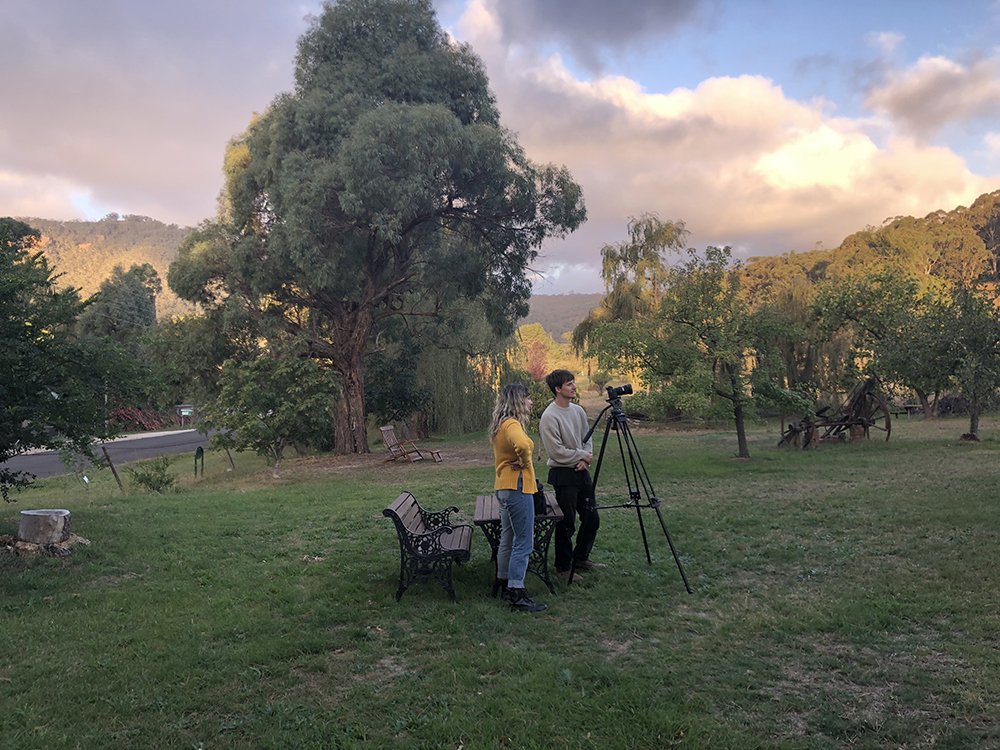 Any further comments you’d like to add about the process?

Violet: I’ve been collaborating with Jessica for about a year now, and have done sound design on the majority of her projects to date. An art film we worked together on titled ‘Apartment Block No.10’ has spent the past few months being exhibited at PICA, and I really feel that ‘BOXES/HOUSES’ became an extension of our previous collaborative work together, and covers similar themes, which is nice.

Jessica Vincenza: We had close to zero budget to make this film, so it was a real team-effort to source everything we needed. We were so lucky to have such great support from friends and family. Whether they acted as one of the characters, let us use their house, borrow equipment or even put us up for a place to stay while on location, we are so grateful to all of those champions because we honestly couldn’t have done it without out them!

It’s not often you get to collaborate with a bunch of your best mates on a project and for us, it was the first time all three of us had worked together – that being Violet, Harleigh English (cinematographer) and myself! We’ve got a pretty cool little dynamic going on, nobodies afraid to tell it how it is – which is such an important thing to have when working on a creative project! That’s why this film is the perfect balance between all three of us. We’ve all contributed in our own way and to be honest we just had a god damn good time! We’re currently working on a new film based out in Broken Hill, that we’ll be shooting all together in September, so keep your eyes peeled. 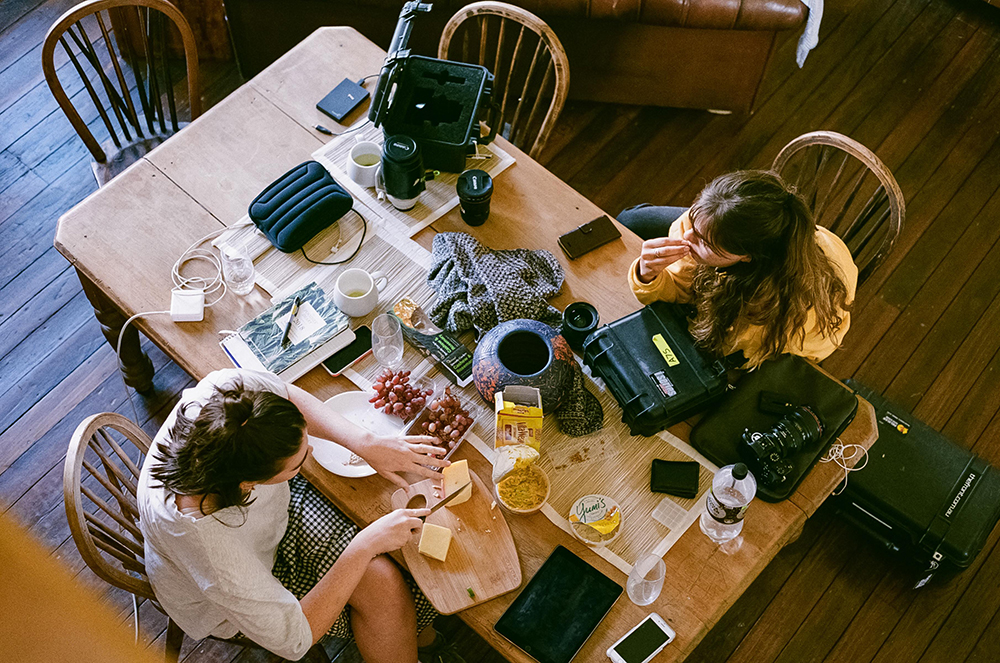 The team at CLIPPED.TV are definitely interested to see what the future holds for these filmmakers. Upon viewing this work and having had insight behind the creative process, we believe that the promise showed could be built upon through further collaboration.

Here is the official CLIP for “BOXES/HOUSES” by Violet