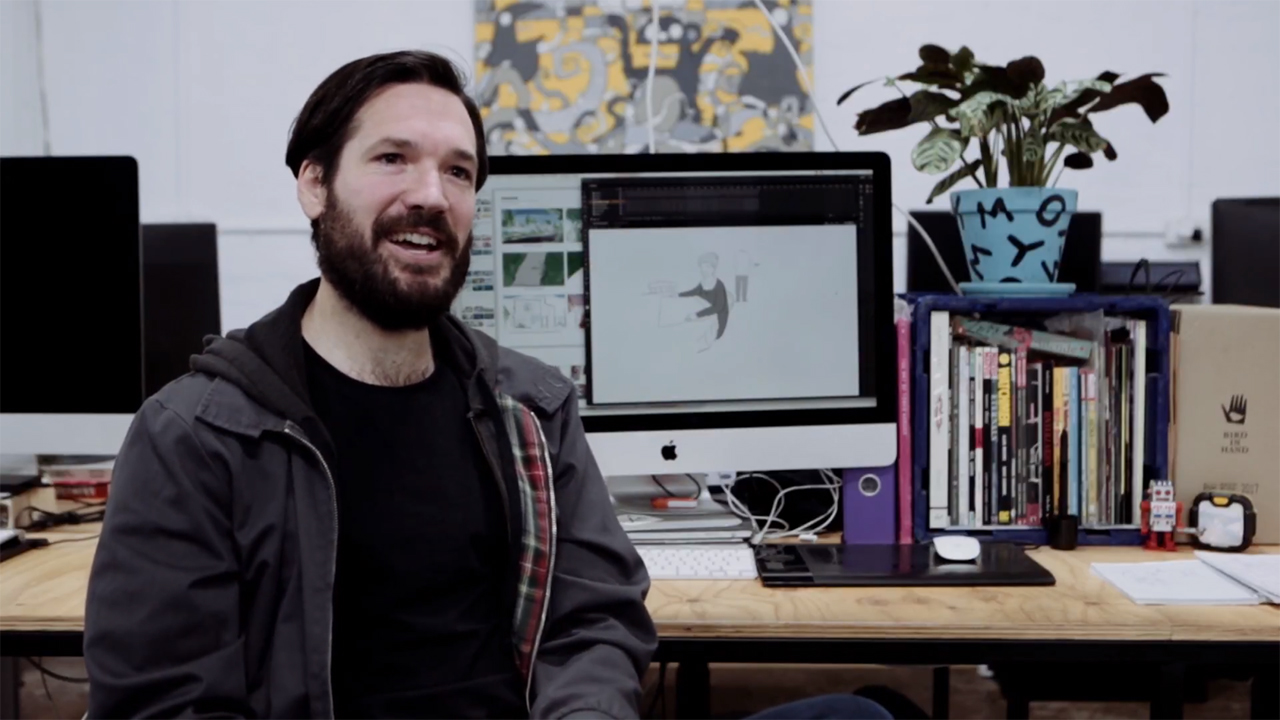 W hile a majority of music videos are filmed, some go down the animation path. It takes hundreds if not thousands of painstaking hours to create an animated video, with different problems to overcome compared to being on set. While this had all the usual challenges, there was also a uniquely emotional journey running parallel to this process. So to find out more about this creative endeavour CLIPPED.TV interviewed Ry Wilkin, the animator for Simon Imrei’s “Unseen” music video which premiered on BEAT.

Can you tell us a bit about the animation style and any influences?

For this animation I wanted to keep the character design fairly simple and in a style that I use a lot of in my own illustration work. I wanted to do this to maintain a fast work flow and keep the art personal and familiar with out having to continually reference a character design guide. My Illustration style is inspired by anime and comic art with a nod to art nouveau images. Peter Chung, an american animator manages to capture this so beautifully and I find myself thinking about the camera angles he would take and try to make that my own. The beauty and sensitivity in Studio Ghibli films is borrowed heavily and the intense background detail and subtle character art in Tekkonkinkreet is always in the back of my mind when thinking how an animation should look. Locally the beautiful work of Mikey Hill with his animation The Orchestra as well the french animation The Triplets of Belleville inspired the elderly character design. 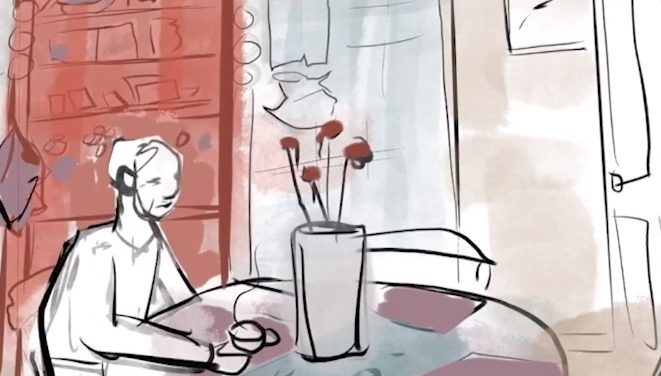 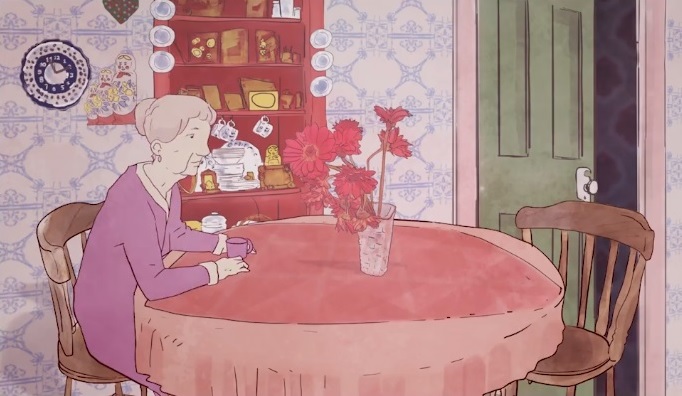 How did this music video get started?

The initial video came together by email and an extraordinary set of circumstances that made our first meeting rather surreal. Simon had initially sent through a brief email gauging my availability to work on the song accompanied by the lyrics and music. He’d been forwarded my details and website from a mutual musician friend Brooke Russell (thanks again). When opening the email and attached content for Unseen, I wasn’t prepared for the amazing and overwhelming parallels between the lyrical content and that of my real life narrative that was my Grandmother currently in a hospice and her story up until that point. My initial reaction was to pass on the job but after further consideration decided the process could be rather cathartic. In the days leading up to meeting and starting the animation my Grandmother had passed away and the process took on another form.

From our first meeting there wasn’t any doubt in my mind that the project wouldn’t go ahead. Our paths and stories were so similar that it was really only a matter of time before the job started and the scenes pretty well wrote themselves.

How connected was the song to the visuals?

The lyrics with Unseen are closely tied to the animation with subtle embellished moments and tie back to my own moments of my own grandparents life. I usually draw from the lyrics to create a visual journey in my own work but love really ambiguous film clips that are so far from the lyrical content that you question what you’ve just watched.  Warped and bent acid melting clips are fantastic but unfortunately don’t work for all genres. I’m happy we took the path we chose with this clip. It’s a homage to grandparents. 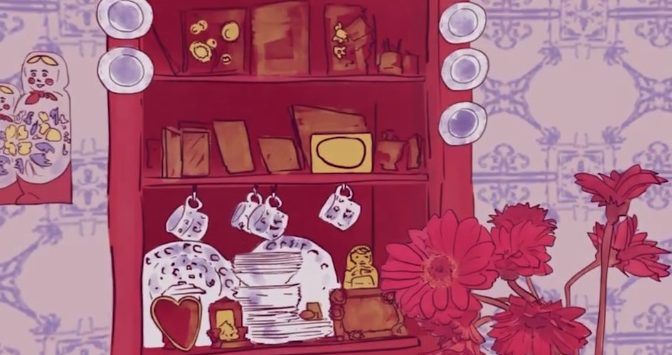 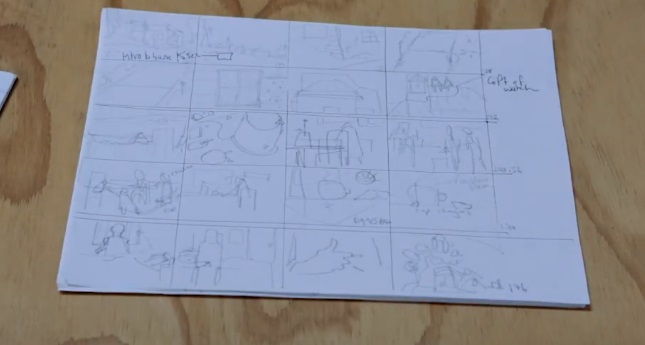 How long did the video creation take what was the process like?

This animation from start to finish was 500 hours of work. Due to time and budget everything was kept in house and I created all the assets from character art, storyboarding and background content as well as the animated sequences and compositing. With most of my work I find initial pencil art in the storyboard process has a certain feel or energy to it so some form of that always stays in through to completion. To maintain a consistent energy I split the process into thirds and worked to a strict timeframe where one week I worked on part one, another week part two and so on so that each section had the same time spent on it. I’ve found if I try to work sequentially I lose momentum coming into the final scenes. When I break it up that momentum carries through. 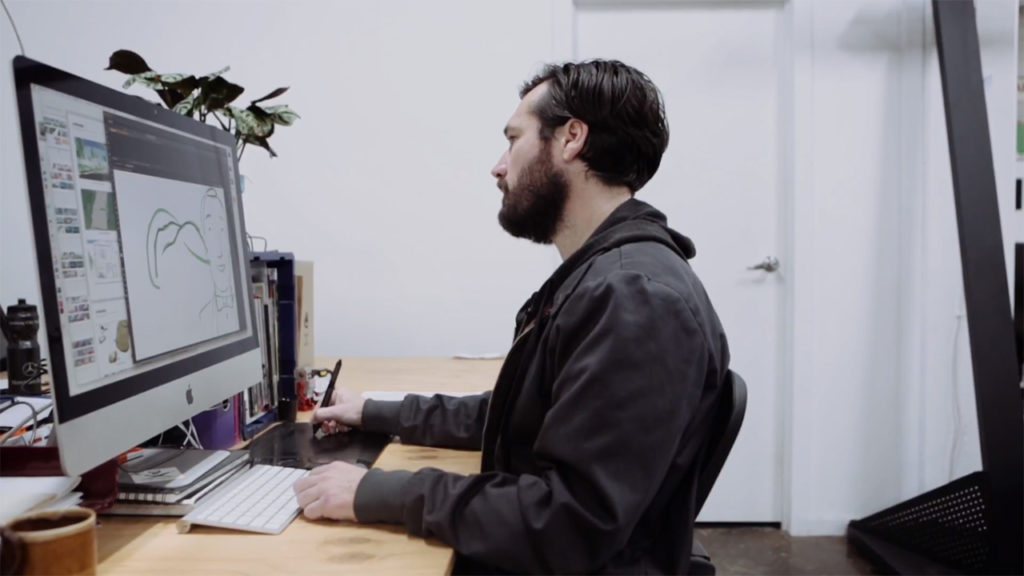 Are there any notable details audiences may not notice upon viewing the work?

The house layout and kitchen scenes were created using three photos supplied by Simon. The house is a recreation of his Grandparents and has since been demolished. Some of the extra knick knacks are from my own families collection of heirlooms and if you look closely on the fridge it is covered in little easter eggs. 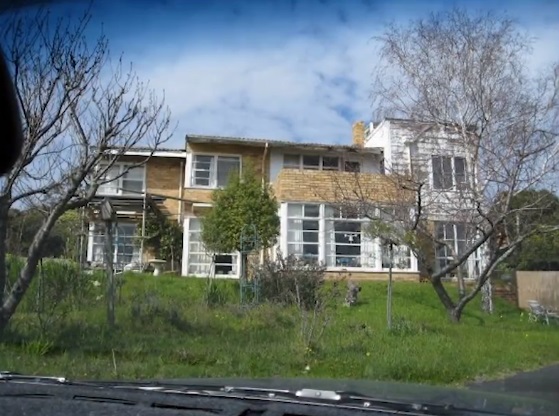 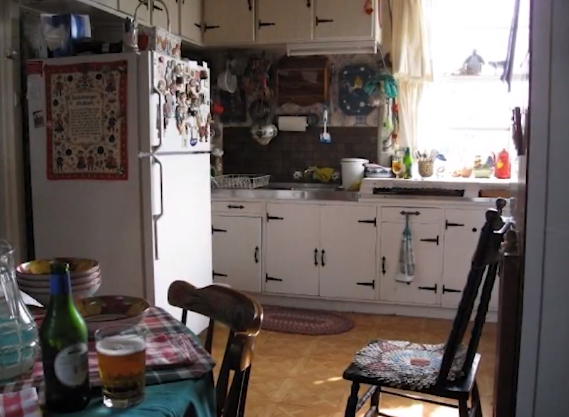 If a musician wants to do have an animation to accompany a track, any tips on how they go about it?

If a musician finds an animator or animation team that they like style wise my best piece of advice is to let the animators do what they do best and be open to creative ideas. The quality of work will be its highest if the people behind the scenes are excited about the work they are doing. As an animator being as transparent as possible and keeping communication lines open is key. I know a lot of us are good at drawing due to our lack of social skills but animation is such a long slow process any hurdles or creative differences that can be worked out as they arise will keep the good vibes and work flowing.

Any other insight or comments about the music video?

I’d like to thank the people around me for helping me get through this tough time in my life. We all have a unique and small amount of time on this earth and I definitely see the irony in spending so much of it in such a time laborious job. 500 hours into 4 mins 30 is pretty ridiculous, but I’m grateful to Simon for allowing me to spend it creating something I’m extremely proud of. Go hug a loved one because they won’t be around forever.

Here is the official video for “Unseen” by Simon Imrei

Check out more of Ry’s work at https://are-why.com