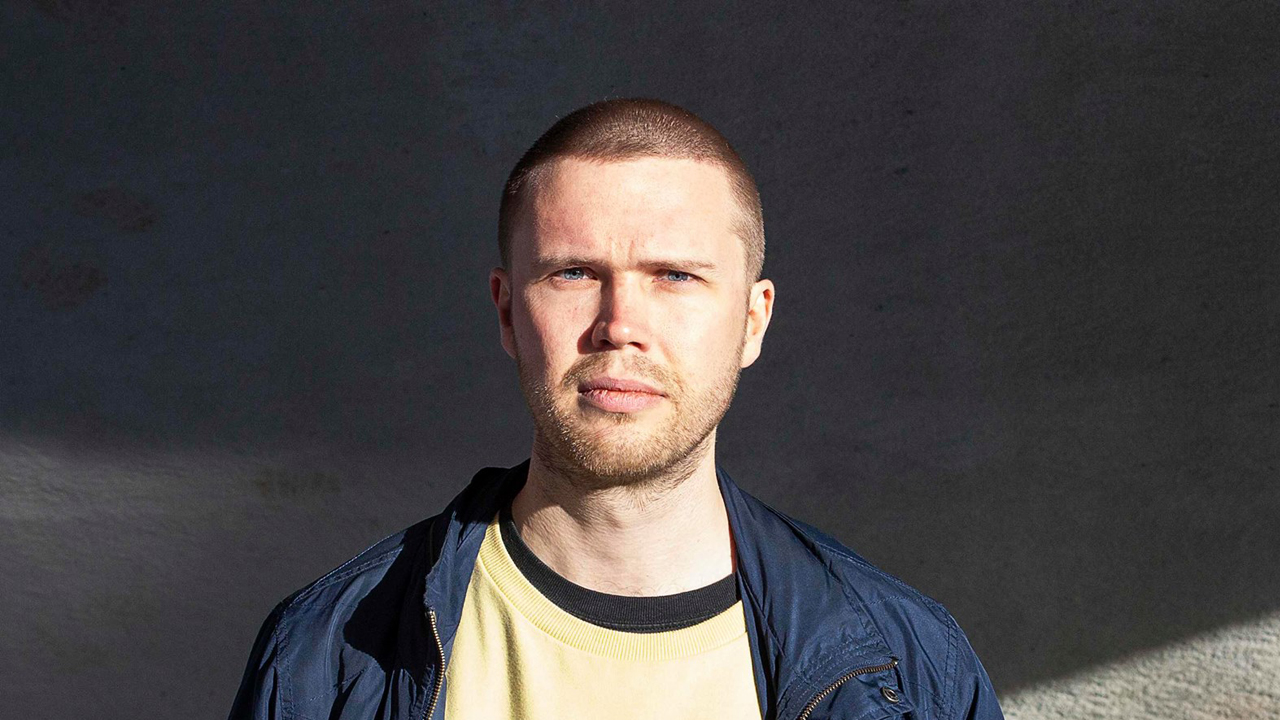 INTERVIEW: Thor Brenne – A Punk Approach To Film And Art

[dropcaps type=’normal’ font_size=’60’ color=’#ed145b’ background_color=” border_color=”]F[/dropcaps]rom the extremes of human existence in the arctic circle, Norwegian filmmaker, Thor Brenne at age 37 has little more than 7 years of active experience, but numerous awards and features in NOWNESS, Pitchfork, Vice, NBC New York and more. His work has earned him ‘Best Music Video’ at the Norwegian Short Film Festival in 2010, ‘Best Director’ at the Nordic Music Video Awards 2015, as well as nominations at the UKMVA‘s and selections at Vimeo Staff Picks.

With his latest video for Ina Wrolden’s “Sea” (their second collaboration) getting incredible traction and recognition, we wanted to talk more in depth with him about his methods and processes, as we think he is a surefire star of the future, if not the present.

Here is the official video for Ina Wroldsen’s “Sea”

What was your path into filmmaking or music videos in general?

“I studied a little bit, but it was more a demotivating, than a motivating thing for me. I never liked school of any kind. I believe in passion and experience; for filmmaking and life in general.”

And your beginnings were in documentary?

“Yes, that’s right. I think I’ve worked with mixed formats all along. Short fiction… documentaries. I guess there is a little bit of everything dropped into my videos. I started shooting skate videos as a teenager. I liked shooting, editing and just putting it out. It was satisfying as well as being a lot of fun, and at the same time I was watching a lot of movies, of course. That is where the transition to a ‘filmmaker’ started, but I was very shy and insecure about how to approach filmmaking. It’s a tough industry, and it took a while before I got the confidence to step into it. Now though, I’m putting all that energy into interesting projects that I hope will make people laugh and cry. And get horny, maybe.”

Where would you say your style came from?

“For me it varies a lot, but I guess most of the stuff I do has some form of loneliness and melancholy. I like lonely but strong individuals. Somehow it’s pretty crazy to have stuff like that as ingredients in music videos, since, at the end of the day, it’s a superficial, super commercial format. We all still see music videos as just, you know, selling the music, selling a product. At the same time I’m open to new angles on how to approach things, I don’t want to be too locked into a way of thinking or doing things. I want to experiment and feel. I don’t want intellectualise stuff too much, or to be forced to follow rules. I think I have more of a punk approach to film and art.”

Can you talk about those themes of loneliness? Your work has a few motifs that hint at this, whether it’s the lone person dancing in a room, or couples kissing? 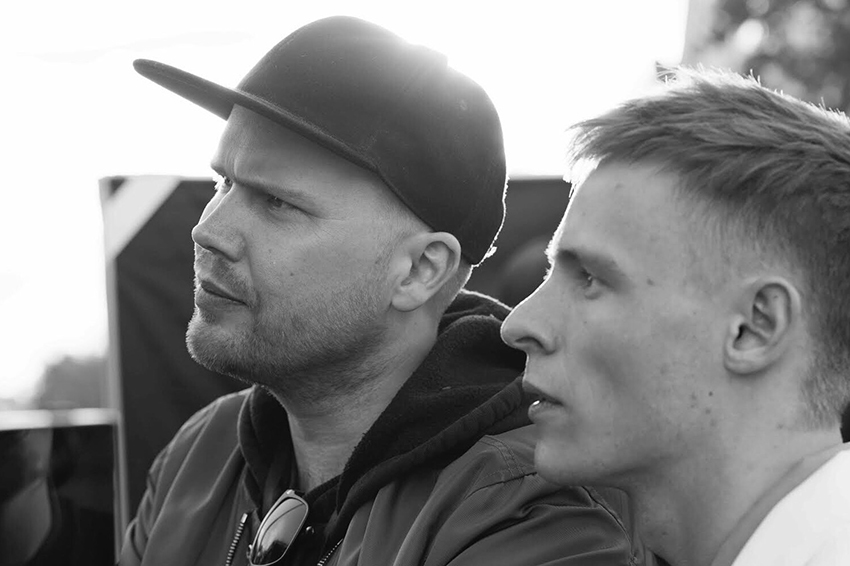 Do you have a preferred musical taste and does it inform your decisions as a director?

“I really like all kinds of music: if the track is good, it’s good. I have worked with hip hop, electronica, indie, pop. I’m interested in the different musical landscapes and the culture and history that surrounds it. Its like having different movie genres. I enjoy both Die Hard and Dogville.”

How involved are you in the process of making the videos?

“It varies a lot. Some artists know exactly what they want when I come on board, and others, for whatever reason, give me a lot of freedom from the start. I’m open to everything now. It took me years to understand that it’s their video and not mine. Still, I’m very clear from the beginning that I want to put my art and style into it. If I can’t do that, I reject the offer. So, there’s a balance to be found, and I think I’m not interested anymore, whether because it’s what I personally want, or because it just makes for better videos in my opinion. I’m not a good “casual director” – artistic space/creativity has more value than money to me.” 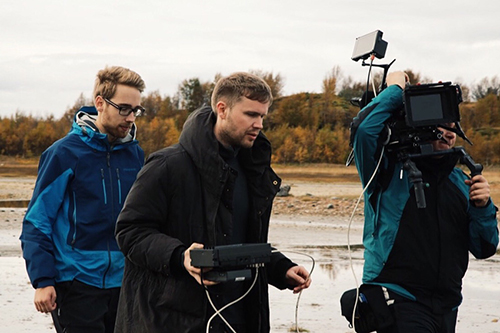 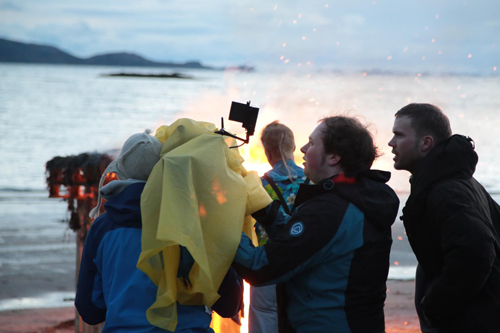 How do you run your sets, and how much control do you have in the process?

“I used to be a control freak when I started. You know, like the director should make every decision just to show that who’s the boss. Now, I´m very open to suggestions and I let the different professionals I’m working with have their space. There’s a reason why they are doing what they do; they want to express themselves, and by giving this freedom, the crew members tend to get more happy and inspired as well. It’s the same with actors. I’m more focused on choosing who I work with, and how it will work out on set, than on trying to control everything once we’re all on set. Filmmaking is so very intense so I want the process to be as peaceful as possible.”

Do you enjoy working in the Scandinavian film and music scene especially?

“The Scandinavian scene is doing pretty good these days. Both in feature films and in music videos. In film making in general! It seems like music videos are having a new renaissance after the dead mid 2000’s. The creative energy is back and there is a lot nice stuff out there, not just in Scandinavia, but everywhere.”

“For better or for worse, I want to do everything at the same time. I think feature film is the ultimate goal for me. There are certain themes I want to explore, and ultimately, long format is the right position for them. I have three movies I want to do, and I would be pretty happy If I get the chance to do one of them. Beside that, I want to continue making music videos – I mean for me music videos and short films are not a school or prep for feature film. Each format is unique and I love telling stories in that manner.” 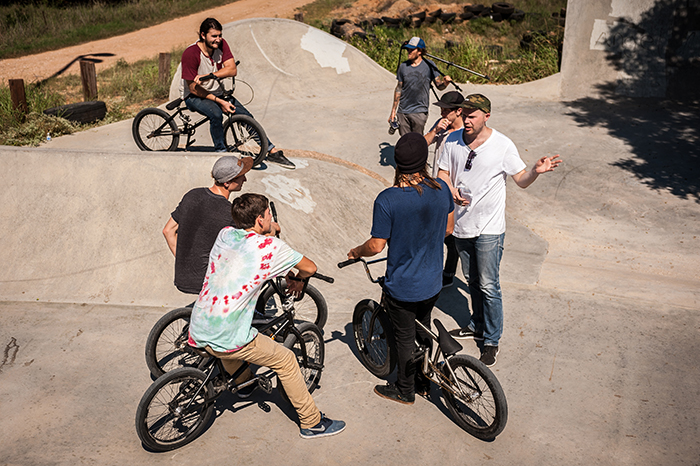 Thor is currently working on his first feature film and completed a new documentary called The Art Of Working In Pairs about an acrobatic duo that he formely worked with on a music video for ‘Alone’ by Aneli Drekker. Thor was one of the early signings at COMPULSORY and is a prime example of how fantastic representation can nurture and support talent to help them develop. He is also represented by PRYSERFILM in Norway.

Here is the official video for “Monster”