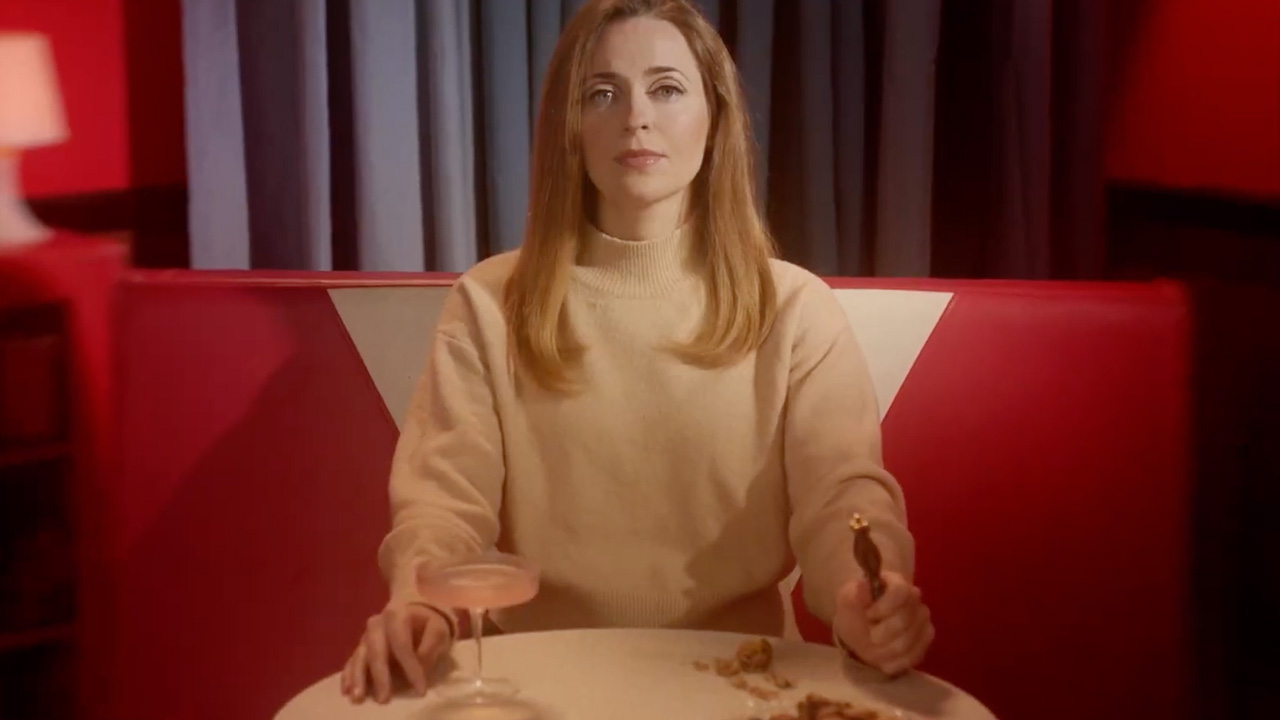 [dropcaps type=’normal’ font_size=’60’ color=’#ed145b’ background_color=” border_color=”]B[/dropcaps]uffet is a slow-burning, simmering track that builds slowly to each chorus with artist Ainsley Farrell’s warbling vocals. It’s a track that couldn’t have been matched by anything but slow, deliberate, sinister visuals served up by director Genevieve Kaiser, herself a veteran of many pastel-toned female led music videos for artists like Montaigne. 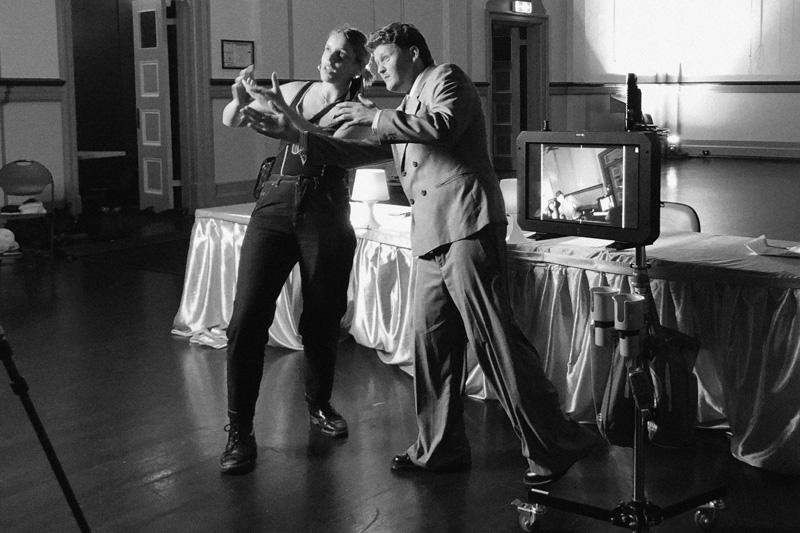 Ainsley sings of experiencing another’s gaze as if it’s a physical weight. The discomfort of unwanted attention and the desire to separate yourself from the parts of you that are objectified. In this, a character dubbed The Creep (played with gratuitous excess by Steven Menteith) gazes longingly at his food, rubbing his hands together in anticipation, prodding at his jelly and watching mesmerized as it wobbles. Ainsley herself is clad in soft silks and filmed from above as she sings, lying amongst full platters that hands reach over her to pluck from. She reveals:

“This song came from a place of feeling angry, powerless and minimized after a few different experiences where men thought they could violate my space and then just go about their day. The main experience the song touches on is when an old man hit on me at a buffet by comparing me to the food. I made excuses for the men who inappropriately hit on me, groped me, and shoved me. Singing this song helps me take back my power and stand up to them when I wasn’t able to at the time.” 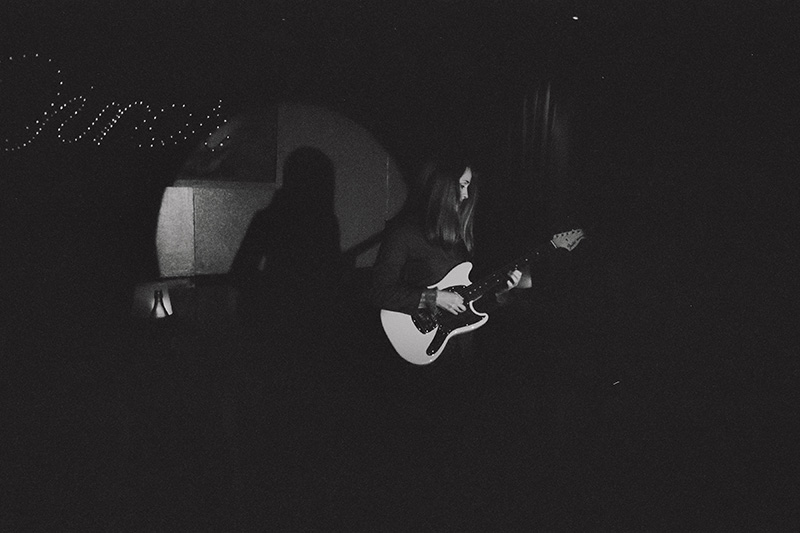 The clip takes place in abstract space – it could be a diner, it could be a theater and it could be two separate locations, but something about the artificiality of the production design makes it feel cohesive. It takes no stretch of the imagination to expect a side door to open and reveal Twin Peaks’ infamous Red Room. Genevieve talks about the necessity of the not-quite-real aesthetic:

“This one was a Sydney Props set. We actually were hunting for more of a buffet style location (like late 90s sizzler vibes) but because it was peak covid when we shot, a lot of places were not open and we had difficulty securing an actual location, so we switched to shooting on a set and decided to just go with the diner look. The studio actually had everything there, we just rearranged, added the drapes and the table dressing but everything else was from Sydney Props.” 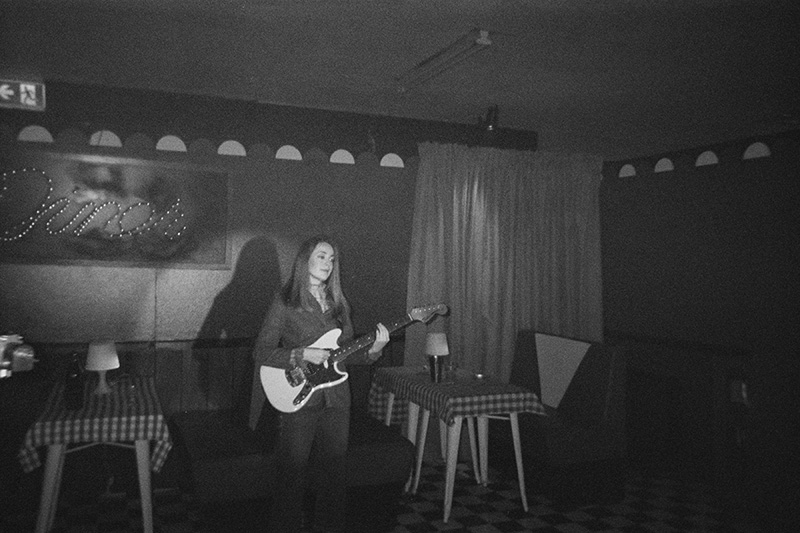 Menteith may be the main character of the piece, but he treats his food like his co-star. Savoring every bite or spoonful, even taking joy in wiping the residue from his mouth. The mastermind behind the edible props is food stylist Debbie Dagledeish, who Genevieve had worked with previously for ‘Hey Babe’ by Huck Hastings (whom coincidentally is the producer of this video), in which she also handled a number of flower arrangements. It was her who suggested using jelly as their main sweet treat – something that was both cheap and visually dynamic to film as it was slurped down by the lead.

“Steven could have honestly done those scenes entirely without me, he needed no direction, he was just a total pro. I’m grateful he was keen for this project, he was just so game to get into full creep mode and eat what was probably very average lukewarm vegetarian chicken and convince you it was delicious. Steven if you read this, I’m sorry for how many pink sprinkle doughnuts we had you eat.” 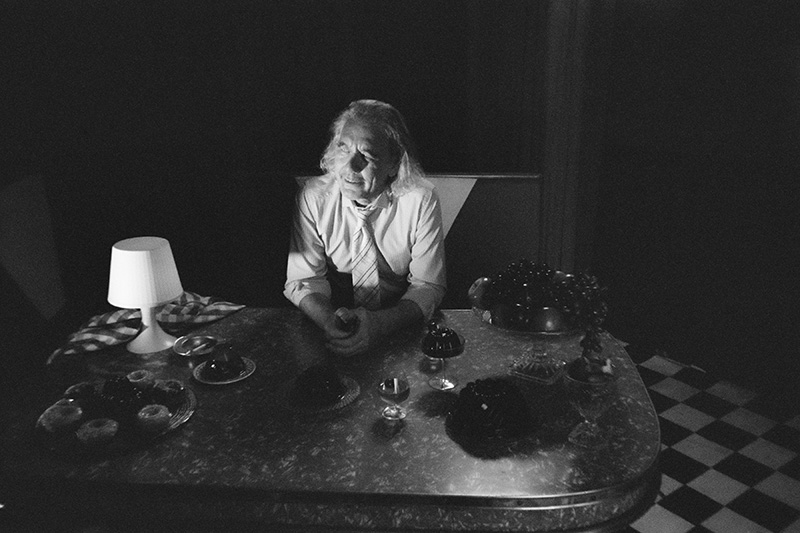 In the last stretch of the music video, the male gaze dynamic is flipped, and Menteith, along with several other nervous looking men, compete in a talent show under the watchful gaze of their three stern-faced female judges. They look on with unimpressed expressions, making notes on the screw ups and handing out 6/10 verdicts. It’s The Creep, and the way he dances with reckless abandon, donut in hand, that earns a 10 and is crowned the winner. As he poses with the judges for his celebratory photo, one of their hands grips his side a little close for comfort and we see his subdued reaction. Having put all this effort into trying to impress his judges, was their attention really what he wanted?

“Ainsley is so, so creative and talented and I’ve loved her music for ages before we even spoke. When we first chatted she already had this clear concept in her mind for the video which was great, but at the same time she was so accommodating and chill when it came to developing it and was really open to trying new ideas or getting weird with wardrobe or whatever. We had the challenge of it being lockdown too, so we didn’t even get to meet in person until just before the shoot but she was just such a dream to work with.” 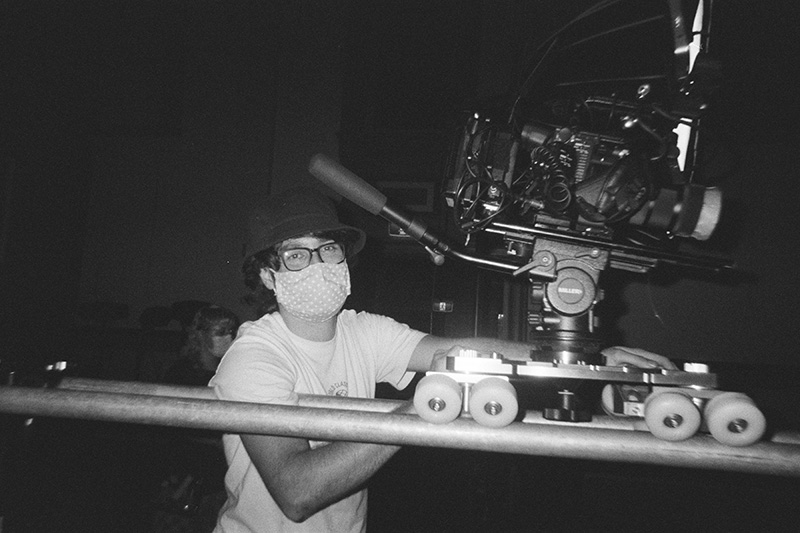 DP Kit Baker opted for a Canon C200 as camera of choice for the clip. Something that could shoot great quality footage while also being self-contained and compact enough to mount above Ainsley and spin without risk of falling. Glimmerglass filters on the lens helped soften the hard spotlights used at the tail end of the clip. And of course, Kit used his signature piece of equipment, the hazer, to add texture and a dreaminess to the footage.

“Kit Baker is a haze queen, he has a hazer in his car, he sleeps with it in his bed, he wakes up in the morning makes a coffee and turns on the hazer beside his microwave to maintain his perpetual dreamy aesthetic.” 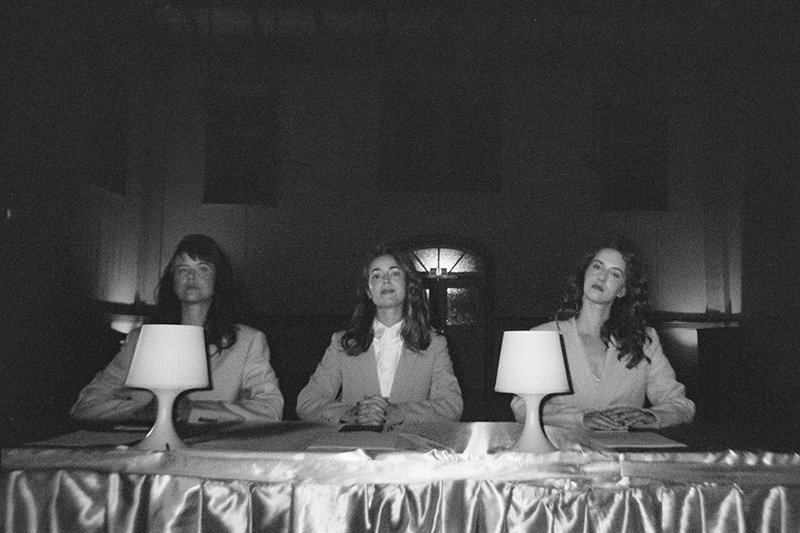 While art can’t directly fix pain, it can provide a canvas for self expression and catharsis, as well as highlight how damaging certain things are if left unactioned. Ainsley has been able to channel an unfortunate experience into something striking, damning and meaningful, and hopefully the experience of watching will be validating to those who can relate, and reflective for those who can’t.

Here is the official video for ‘Buffet’