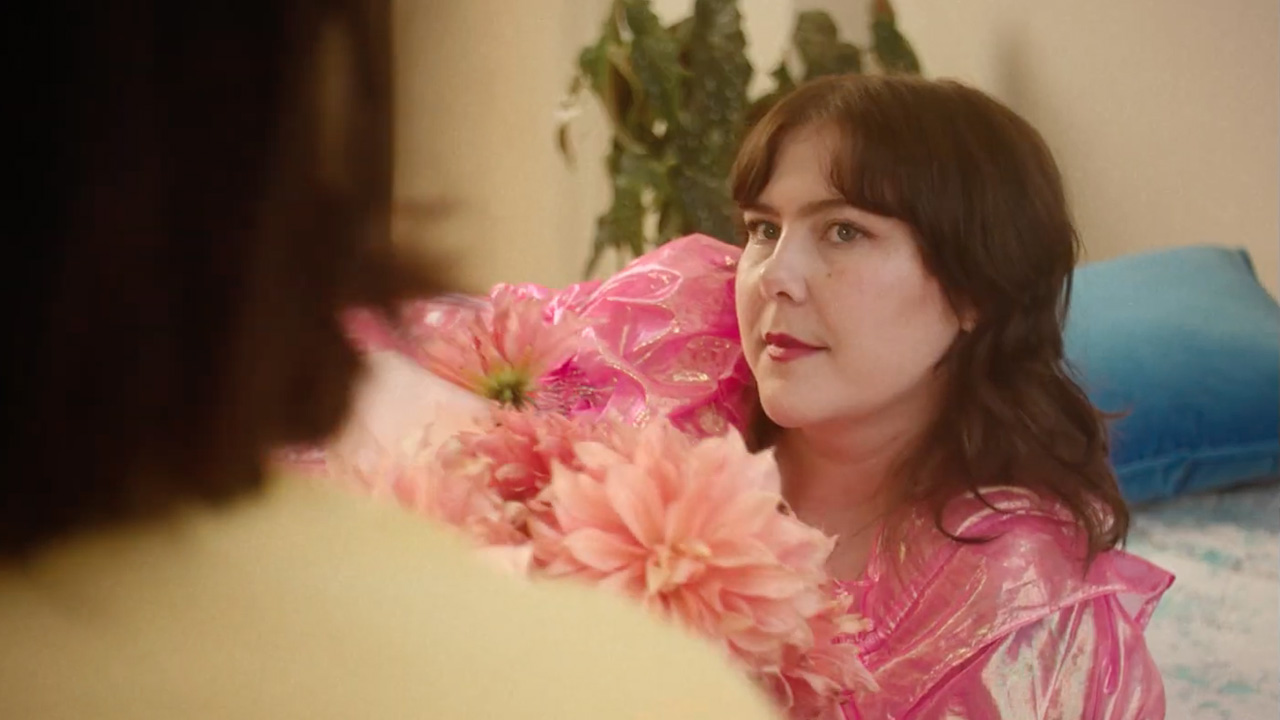 [dropcaps type=’normal’ font_size=’60’ color=’#ed145b’ background_color=” border_color=”]H[/dropcaps]aving begun with the dreamy clip for “Happier Now”, Elizabeth uses the second installment of her three-part ‘Suite of Singles’ as an excuse to indulge in a fantasy that so many of us have toyed with in our minds. A way of comparing romantic prospects that does away with all the interpersonal awkwardness, a space where the devotion of potential partners can be directly compared. Dressed in a pink frilly ball gown, her character (played by close friend Mercy) invites half a dozen hopefuls to an intimate audition and has them run through the same sequence of actions, observing the small personal touches that each brings to the partner role. For Elizabeth, there was something fascinating about leaning into artificiality as an aesthetic:

“When we were talking about making Sweet Connection we really wanted it to feel different, less glamour, more drawing attention to the fact that we were making a video, that we were inside a fake world. I like that there is a strange version of “me” in this video and there is also a dressed down date version of me, trying to woo myself from within.” 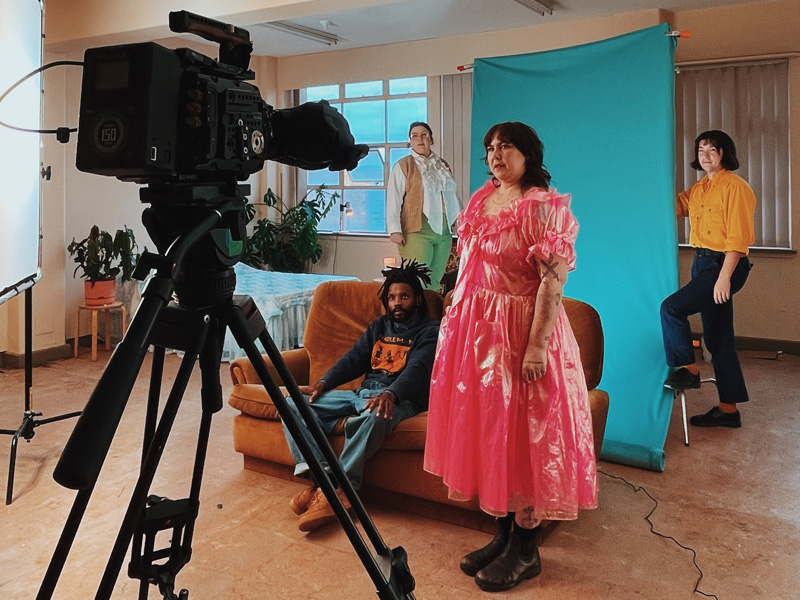 The quick cutting between Elizabeth’s candidates as they act out the same script is reminiscent of an online dating app, where potential lovers are swiped through left and right without time to explore who they are beyond the face they wear for the occasion. Each character performs the lyrics to the song, with one of the more emotional performances being given by the real Elizabeth, dressed in opposite colours to her doppelganger self and representing the desire to find love within yourself. It’s something of a funny scene, but for Director Nick Mckinlay (who also has a cameo as one of the hopefuls and directed the previous clip) past the surface level absurdism there is a fascinating study into the ways that each actor interprets the lyrics to the song and puts their own spin on the performance, from the understated to the aggrandizing. Having already collaborated previously on Elizabeth’s “parties”, the duo were deliberate in crafting visuals that were contrasting to the previous videos’s vibrancy. Nick elaborates:

“We didn’t set up to make this video too gloss. In fact, we tried to make it look a little shitty, this little boxy room holding auditions. There was chat of maybe making it VHS style to match those 90s auditions you see. There’s these classroom dramas from the 90s actually that I really love, shot on 35mm. The look of Kindergarten Cop or Billy Madison (terrible movies maybe, but they lit rooms so well!). This is also the second song within the Elizabeth Suite, so it sort of sits in the middle as the funny egg within the sandwich of maybe more classic Liz visuals.” 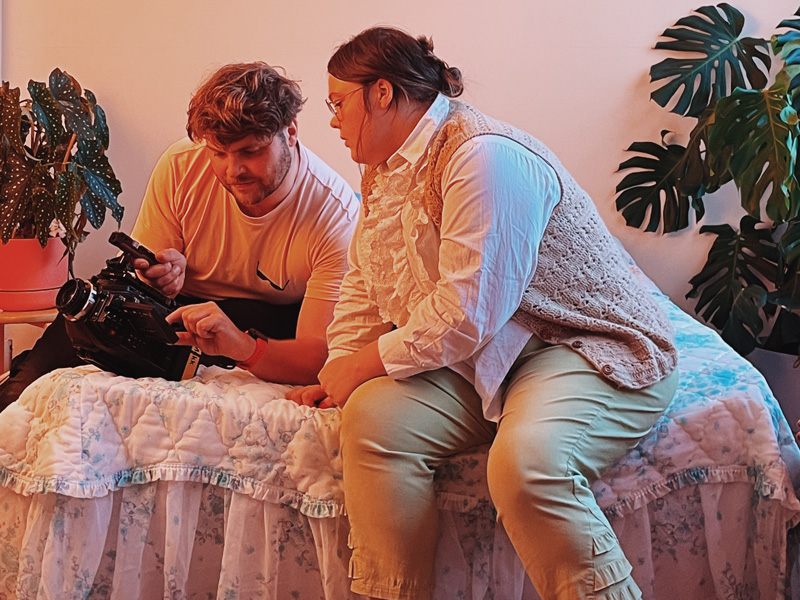 Including queer and diverse representation wasn’t ever a question that was dwelled on. From the beginning, Elizabeth’s natural impulses in writing the concept produced a varied range of characters.

“Maybe that really speaks to my own queerness in 2022, it’s air that I breathe, not something that I think about. I would like to think that maybe that says a little bit about how far we have moved forward in queer representation in the last few years, but I also recognise that it definitely doesn’t feel this way for everyone. When Nick and I spoke about casting we knew that we didn’t just want one kind of person, or one gender of people as the dates, but honestly this really came mostly from me wanting the video to represent my own experience of dating which is to be indiscriminately available haha!” 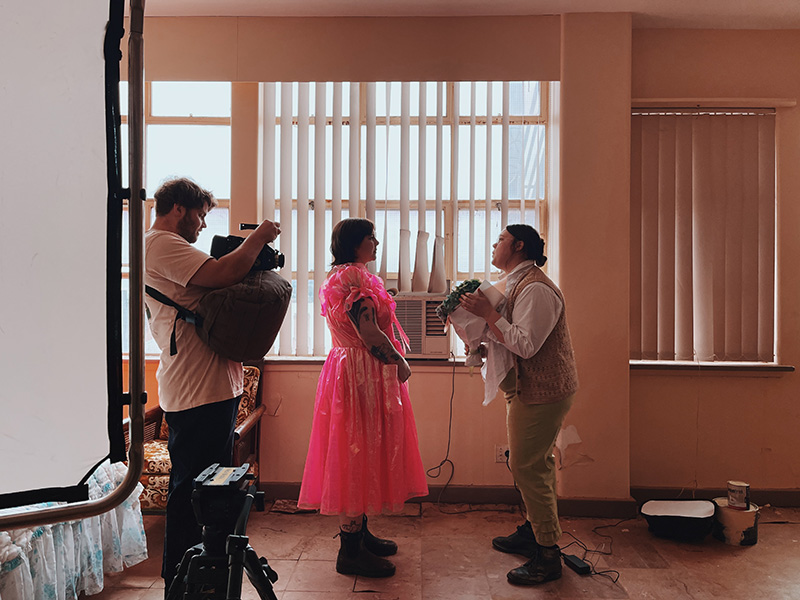 Nick, who also served as DP on the project, opted for a Blackmagic Ursa Mini Pro paired with Panchro lenses. The naturally warm lenses compliment the tungsten lighting used, producing wonderful vibrant warmth in all the shots. Mercy’s pink frilly dress serves as a great contrast to the muted functional location full of light stands and white walls, but it’s also a repeated motif that appears in all three of the music videos in the suite, including one yet unreleased. Its exact meaning still isn’t quite clear, but Elizabeth promises that things will become clearer with the third release. Reflecting on the experience, she says:

“I think Nick and I work well together because we like to tell a story and we like music videos to feel like mini films. Maybe that is what makes the videos sit together in that way, even though stylistically they are quite different.” 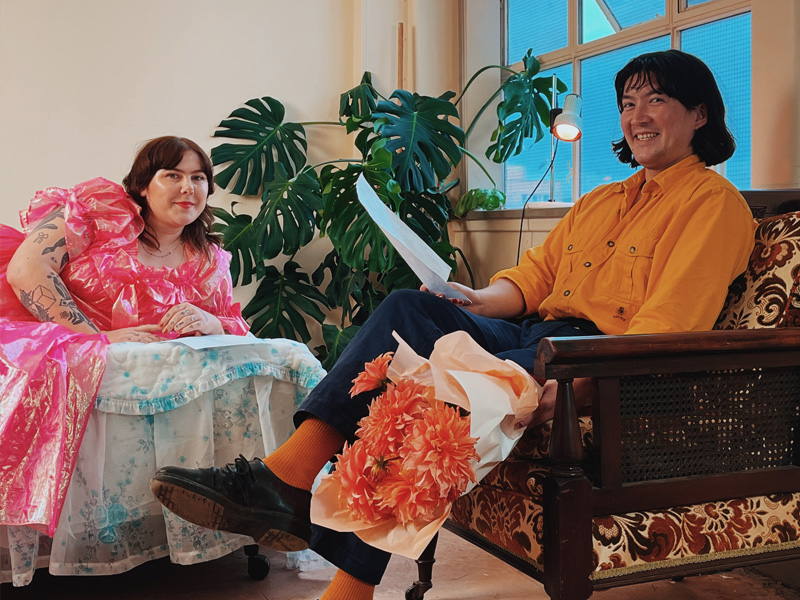 With two releases down and a third waiting in the wings, it’s an exciting time to be in Elizabeth’s shoes. Fans of hers and Nick’s can sit in anticipation, knowing that not only do they have a new clip and track to look forward to, but fresh context with which to enjoy Sweet Connection.

Here is the official video for ‘Sweet Connection’