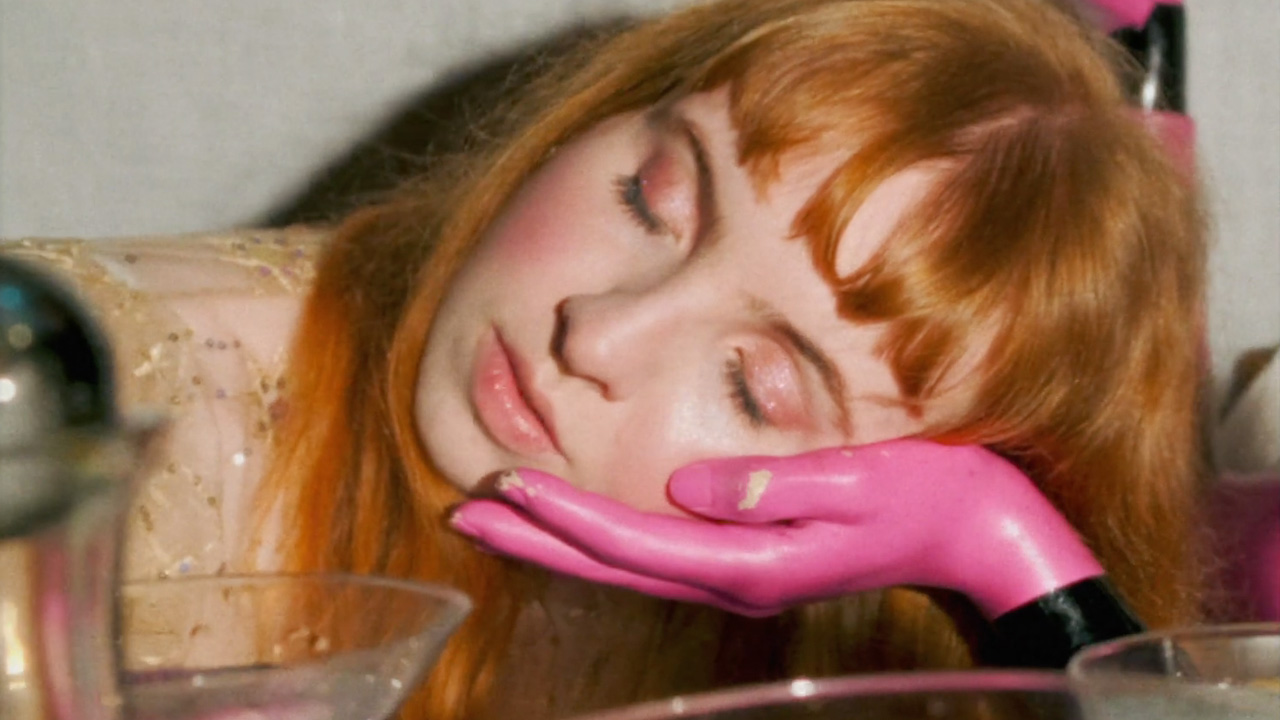 [dropcaps type=’normal’ font_size=’60’ color=’#ed145b’ background_color=” border_color=”]N[/dropcaps]ormally, an exigent presence of a naked mannequin decorated with makeshift antennas cut between scenes of sunny grassy pastures and tables adorned with crystal glassware coloured with bright liquid would be jarring. But, in Spring, directed by James Tarbotton for Sydney songwriter and musician Ivy-Jane Browne, it makes complete sense. Kaleidoscopic in every sense of the word, Spring melds the idyllic with the strange against a soft, bright backdrop that evokes warmer days. As director, cinematographer and editor for the project, Tarbotton found himself in an enviable position where he could both cultivate and bring to life his creative vision without obstacle. He remarks on the process:

“I often struggle to explain exactly what I see in my head in a way that makes sense (people who know me are familiar with the excited rambling gibberish), so working on all aspects of the production is a great way to flex my creative muscles without communication barriers getting in the way. A lot of my favourite shots are the ones that arise in the moment on set, so it’s great to happen upon a cool shot and have the freedom to re-edit the video in my head whilst filming. The thing I love most about working with Ivy is she’s always down to try something out, no matter how unusual it might seem (or in the case of this video, how torn up her legs will get from grassy thorns!)” 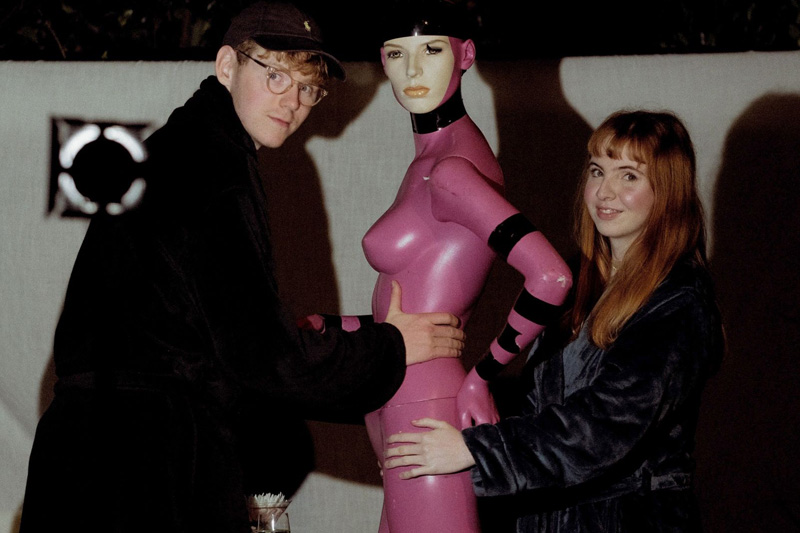 On the creative direction for the clip, Tarbotton adds:

“Every project is a little different in terms of style, with my primary goal being to make something the artist I’m working with will feel aligns with their identity. That being said, there was pretty broad creative freedom for Spring, so I’d say it’s got a fair amount of ‘me’ injected into it. I think every new video I make feels like a newfound creative direction, whether that be challenging or comforting. A chance to explore and master something new or hone a look I love.” 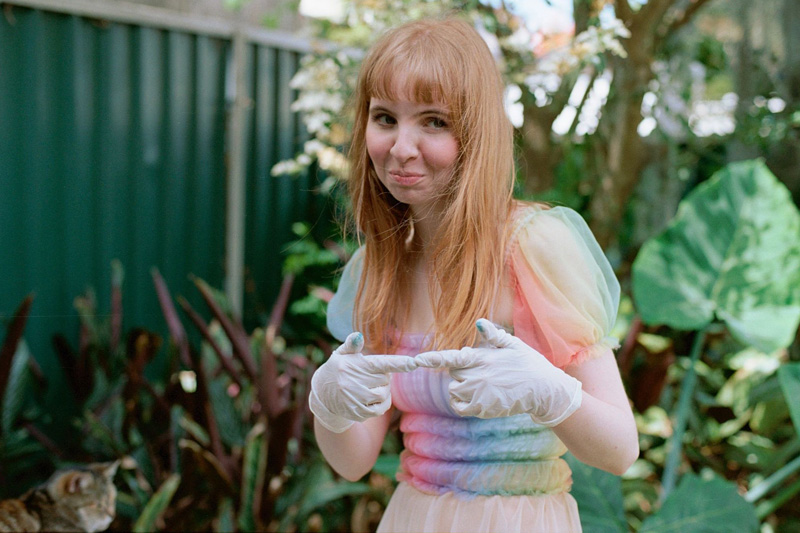 The clip opens with flashes of colourful imagery – an eye, a blossoming pink flower, vivid green pastures, a hand reaching through transparent fabric, a round lemon slice. The seven second montage of beautiful idyllic imagery, almost blurring together, hints at what’s to come. For Tarbotton, it was happening upon a glass orb that helped tie the opening together:

“[The opening] wasn’t planned in advance. When on set I thought the small glass orb would cut well with the circular fish-eye lens, so gave it a go in the edit. Flashes of the rest of the video came later which I think ties it together quite nicely. The opening of the song lends itself to this too – the repeating rhythm conjures up montage-y images to me. Lyrically, the song has flashes of memories so this could tie into the opening sequence as well.” 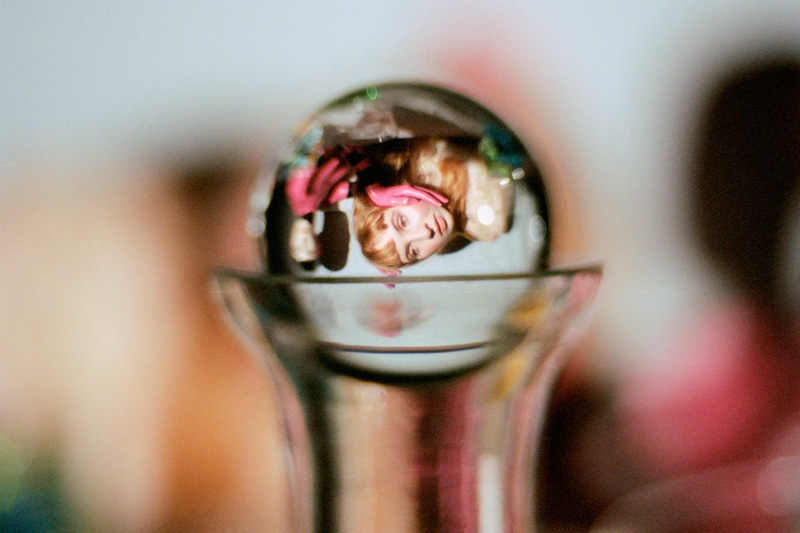 Mirroring Spring’s lyrics, Tarbotton visually explores the uncomfortable spaces found in-between opposing elements – beauty and ugliness, pleasure and pain, peace and conflict. Bright scenes of a white linen table adorned with beautifully decorated crystal glassware, or Browne in a soft, flowy pastel-pink dress twirling through an expansive green pasture, are cut with close-ups of Browne in a dark, shadowy space, sometimes face-to-face with the mannequin, other times her head cradled by its stiff hand. For Browne, it was a fellow creator that inspired Spring’s marked combination of beautiful and strange:

“One of my favourite music video creators is BANKS, and I adore the way she combines beauty and ugliness, purity and grit. This inspired me to view those different worlds together as parallel lines. i.e. the first verse talks about children laughing and sparkling ocean water and the second verse talks about a ballerina massacre.” 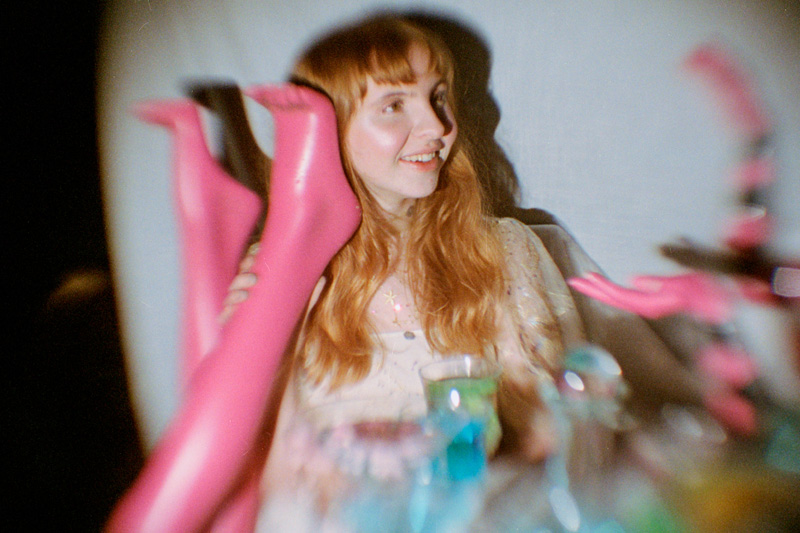 Like Tarbotton, Browne takes on multiple roles in the project – artist, co-creative director and performer. While Browne is no stranger to starring in her own clips, her experience starring in Spring was very different to her last starring role in Savannah:

“For Savanah, I was with about 10 other actors. And, obviously, in Spring it’s just me (if you don’t include the mannequin). Also, for Savannah we had a specialised cinematographer, editor, choreographer, stylist, set assistant and many more other roles. All the roles that were taken on in Savannah were taken on by just James and I for Spring. In Spring, the roles I took on intersected in many ways. It was definitely a more emotional and visual process, rather than logical. To me, it’s all attached to the lyric and feeling. The imagery we used in the visual has direct correlation with the lyrics. That is where it intersects most.” 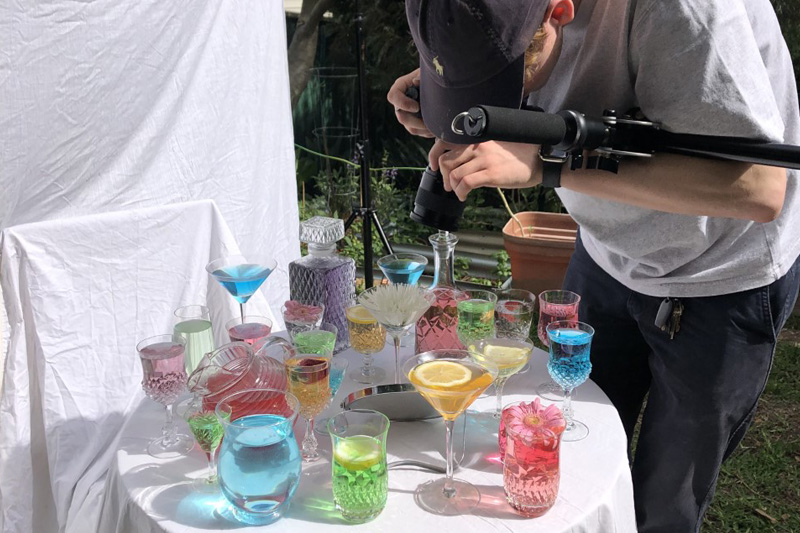 Considering the stripped-down nature of the clip and the fact that he would have to do double-duty as both director and DP, Tarbotten opted to shoot on a Fujifilm X-T4 Mirrorless, paired with vintage Contax-Zeiss lenses. The combination gives the whole clip a beautiful softness, with tasteful lens flaring drifting into frame in key moments.

“We were pretty run-and-gun on this shoot, especially on location, so no room in the gear bag for the usual big bulky cinema camera and lenses. For the macro/fisheye effects I used a thrifted wide-angle teleconverter which was gaffer taped to the front of another lens to get some interesting refractions and distortions. 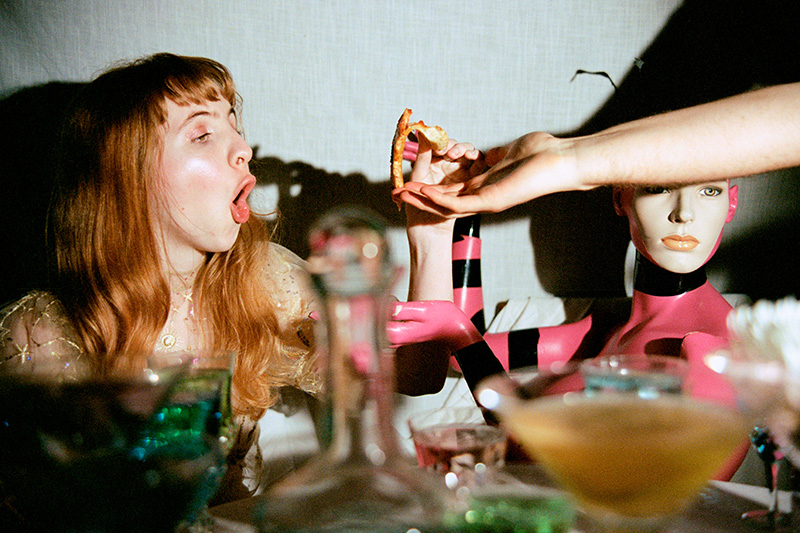 It’s not often directors and artists find themselves completely in-sync with one another, but when it happens you can be sure the creative outcome is nothing short of marvelous. And Spring’s clip, Tarbotton and Browne’s joint creative venture, is just that – marvelous.

Here is the official video for ‘Spring’