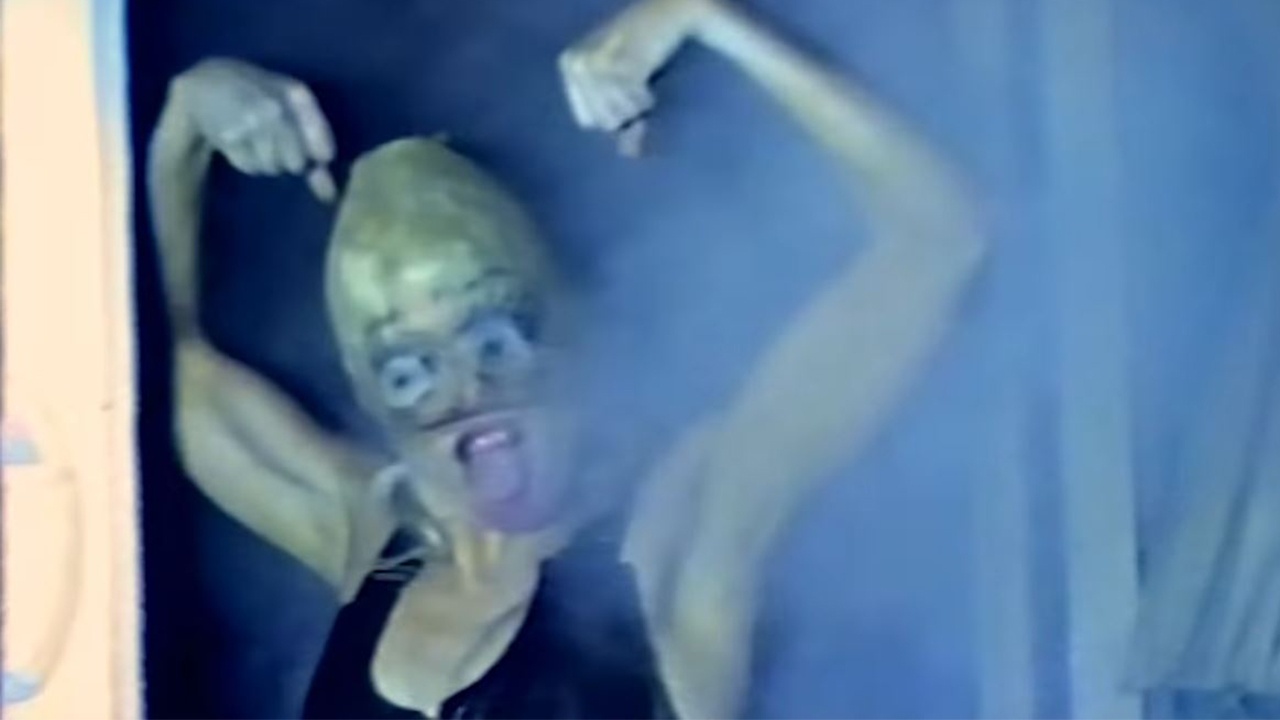 FEATURE: Amyl And The Sniffers – Got You (Dir. Triana Hernandez)

[dropcaps type=’normal’ font_size=’60’ color=’#ed145b’ background_color=” border_color=”]I[/dropcaps]f you haven’t heard of Amyl and the Sniffers, we’d first ask you why you hadn’t and then we’d ask how you had missed them. The explosive Melbourne pub-punk band has taken the world by storm, with sellout shows across the US and Europe and releasing their first album in the last week. Their latest video “Got You” was filmed about an hour outside of Melbourne and manages to capture the energy of Amyl and the Sniffers in less than 3 minutes.

Director of “Got You” Triana Hernandez is a music consultant, writer, and general badass who answered some questions for us about this rough-as-guts clip: “The band is a self-sustained firecracker so I knew I didn’t have to direct them much, just give them a playful space where they could go off and all I had to do was capture the moment.” 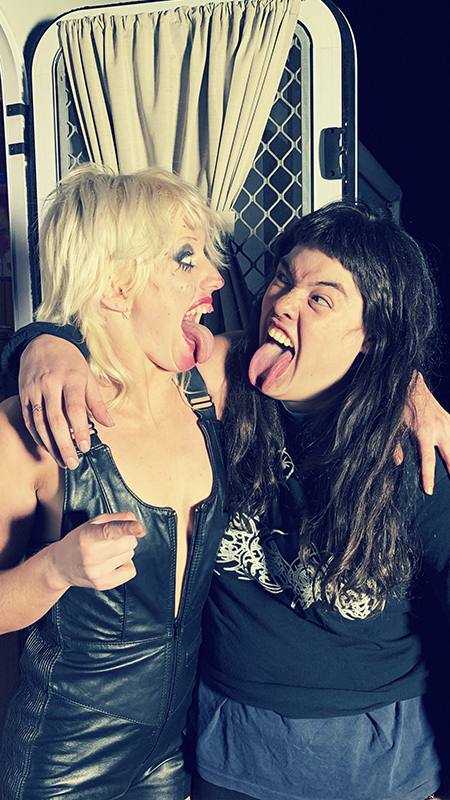 Triana wanted the location to have enough personality to match the on-set rough-and-ready vibes, so they hired out a trailer that lay in a field with sheep, goats, and old farm machinery, as you do… “I purposefully kept each action pretty simple in direction. I wanted room to allow for the band and crew to work with our gut feelings and in the spur of the moment. It was basically like ‘Ok, here’s a list of things we need to shoot, there’s a blanket with a bunch of props we’ve sourced and we’re surrounded by trailers and sheep – Let’s make this a hectic one’. It was really fun and messy.”  Isn’t that how all good times start? 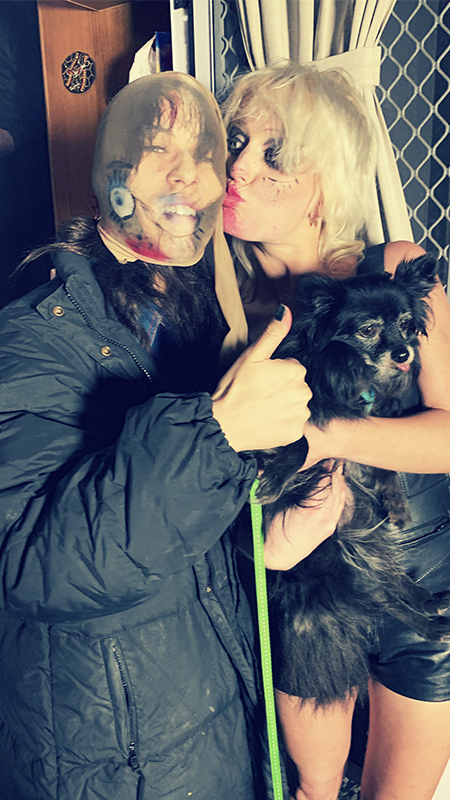 We asked Triana how much influence she sought from the band and how their ideas melded together. Luckily everyone was on the same page from the get-go. “I was sent the song without a brief and I hadn’t met the band yet, so I sketched my initial ideas without their input. I was really happy to find out that my pitch was pretty much exactly the same idea Amy (vocals) had for the video, so from the start we creatively synched and trusted each other.”

“The clip was shot using an actual VHS camera so there’s zero to no effects in post-production. Even the bit where there’s a field of sheep and the footage is skipping is a real glitch. Because it was shot on VHS we couldn’t watch the content on set, so we had to trust the magic of the moment… To me Amyl & The Sniffers are a very artistic band as much as it’s punk, so I wanted to make sure the cinematography matched that DIY vs art fusion.” 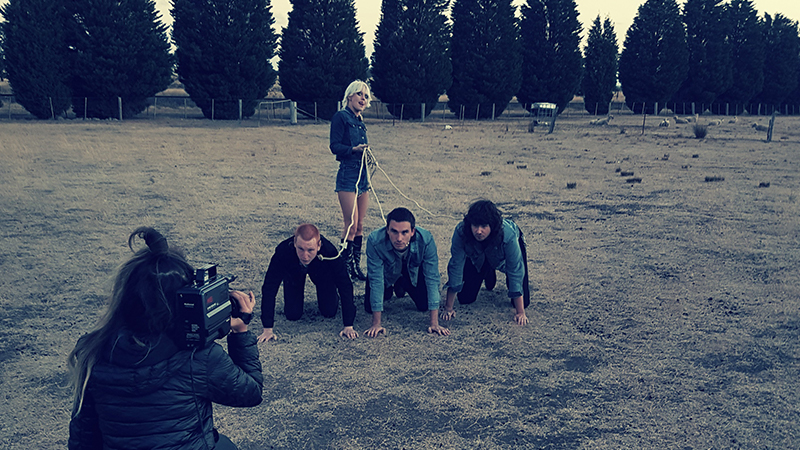 “Got You” seemingly draws on elements of kink, but Hernandez assures us it is more than this. “I can see how people assume that leads to sex but the presented scenarios weren’t about sex or fetishes. It’s about Amy being a high intensity loose cannon and having fun with it.”

“Kink was never really something that crossed my mind when doing this clip”, she continues. “Got You is a love song but you never really see Amy in the clip looking ‘in love’ or seeking validation or affection from anyone. If anything, she’s unapologetic about being a loose unit, looking scary as fuck and having fun” 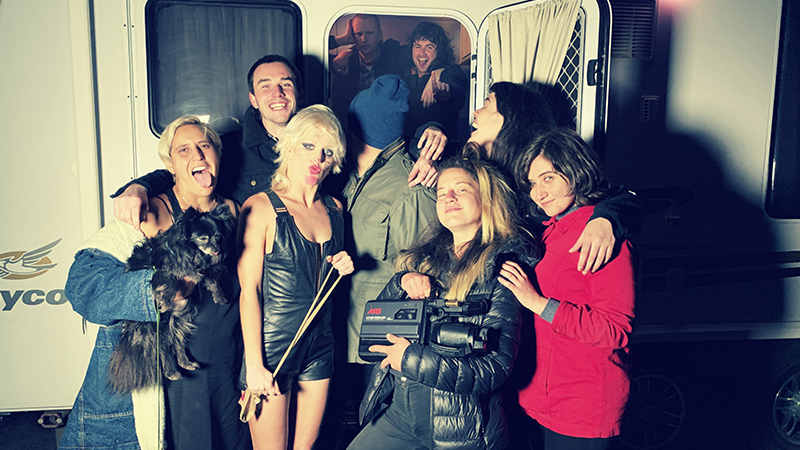 “I also love that Amyl & The Sniffers makes people reminisce about the past, so I wanted a slightly nostalgic feel. I hope this clip takes people back to being 13, renting out B-grade horror films on VHS and missing out on half the movie because of sloppy-kissing their highschool crush.”

Here is the official video for “Got You”