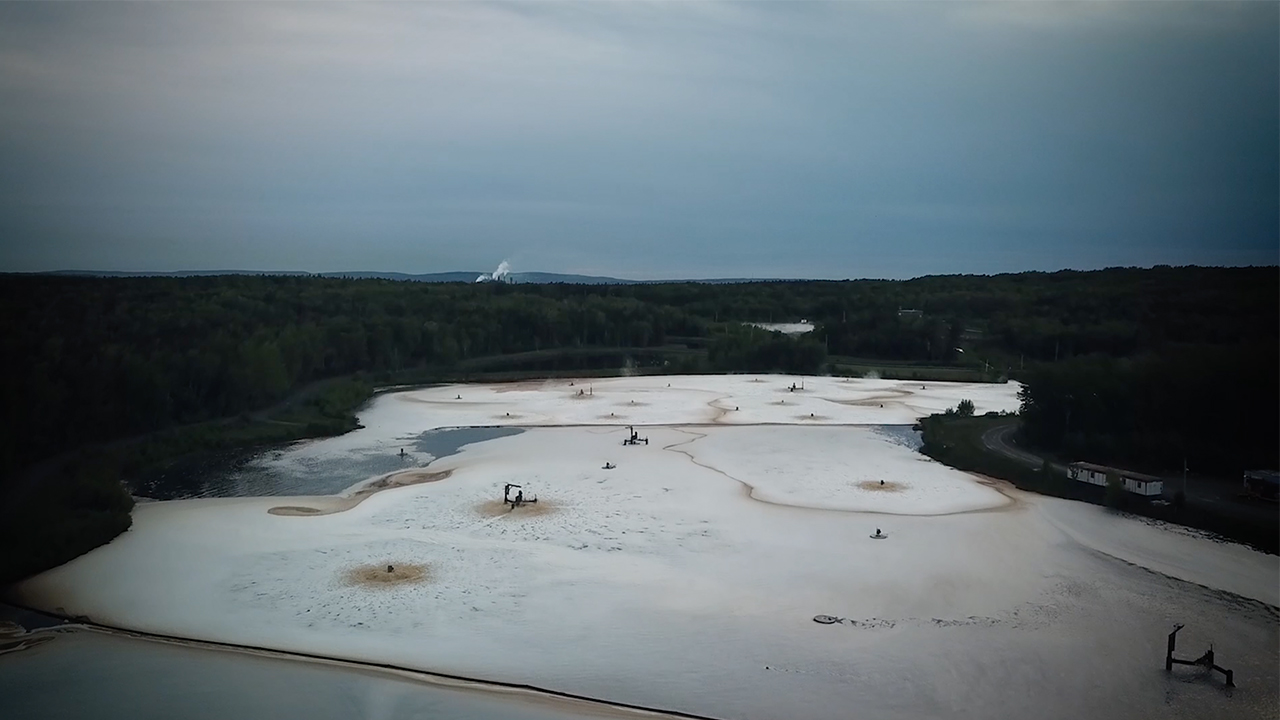 [dropcaps type=’normal’ font_size=’60’ color=’#ed145b’ background_color=” border_color=”]W[/dropcaps]hen Victorian singer/songwriter Mark Lang learned of the fate of the pollution-ravaged Boat Harbour at Pictou Landing while on tour in Canada, he felt compelled to show the world: ”The song ‘Pictou Landing’ came from a conversation I had with a member of the Pictou Landing First Nations whilst on tour in Nova Scotia Canada. I was haunted after hearing his story and seeing first-hand the devastation of Boat Harbour and its generational impact on the community. I was on a North American tour and spending time with Pictou local and legendary singer/songwriter Dave Gunning who has been championing the closure of the Boat Harbour treatment facility for many years.”

The town of Pictou lies on the northern coast of the Canadian state of Nova Scotia, a couple of hours north of the capital Halifax. An inlet lake just outside of Pictou known as Boat Harbour had for generations been used by local First Nations people for fishing and recreation.

In the 1960s, massive effluent pumps were built into Boat Harbour to excise refuse from the nearby mill. The locals were assured that the effluent pumps would have no adverse effects on the water’s quality or the people’s way of life, however, within days all marine life in Boat Harbour had died. 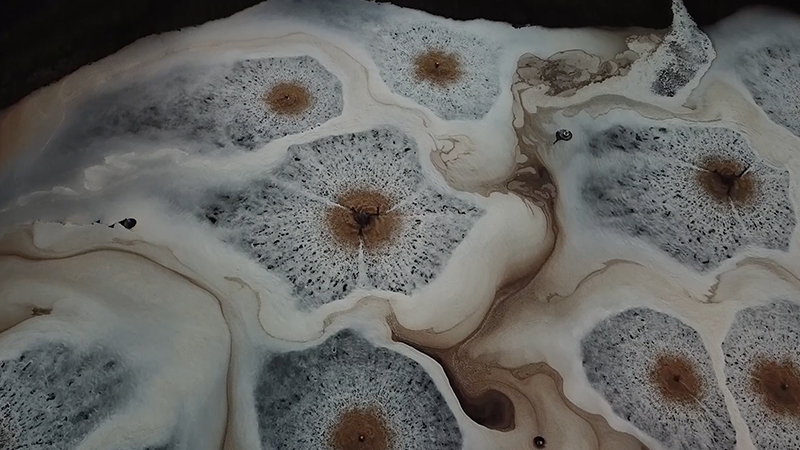 Though immediate action was taken by locals to put an end to the damage being done, as of 2019 the pumps are still in use and doing further irreparable damage to Boat Harbour and its surrounding ecosystem.

Lang was horrified by the devastation he saw in Boat Harbour, so much so that the former Skipping Girl Vinegar member felt the need to spread the word of Pictou Landing. He not only penned the song ‘Pictou Landing’ with this accompanying music video, but also produced a short film on the subject. (Watch it here: https://www.youtube.com/watch?v=DDYwZO9Ot44)

Lang recalls: “When I saw Boat Harbour, I realised I needed to help in any way I could. From the air the pollution looks like a morphing cancer cell which in many ways it is… A dark cancer destroying what was once a pristine natural body of water and way of life to the Pictou Landing First Nations.”

Lang has captured this image of the Boat Harbour pumps so eloquently in his video for ‘Pictou Landing’. For the most part, the video is a series of long drone shots of these spiralling, undulating clouds of pollution. These shots would be truly beautiful if they weren’t so horrific. Lang allows these shots to sit with you for so long that you’ve no choice but absorb the depth of what you are witnessing. 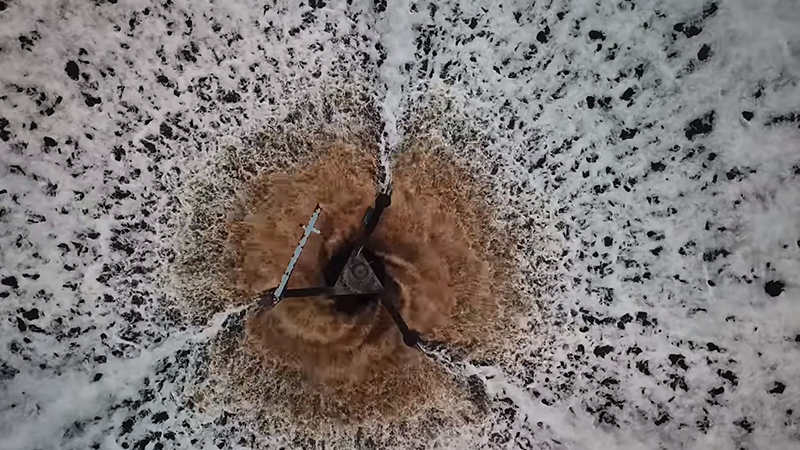 When asked about these shots, Lang replies: “Yes it’s a surreal image and hard to believe that this level of pollution has been allowed to go on since the sixties. Using aerial perspectives like this and storytelling can help bring a different perspective and scale of the issue that often gets lost on the ground.”

“The Mill’s effluent is pumped kilometres away from the Mill and hidden away in Boat Harbour alongside the First Nations Reserve. Accessible only through the woods or a gated road, I was taken on a guided tour to see where the Mill discharges its pulp waste. It is hard to describe how horrific it is. The smell is so potent it burns your lungs and mine felt burnt for days afterward. I had brought my camera and drone with me to Canada by chance to capture some of the shows & festivals I was playing.”

When for many in the music industry, music videos can feel like something more of a vehicle for their vanity, it’s refreshing to see somebody dedicating their art to a cause more noble. Lang, however, was quite frank about this proposition: “I don’t feel all that noble, just a small part of a larger story. I have always seen art as a way of communicating and sharing ideas. Sometimes they are best communicated with less words to cut through the noise. The older I get the more I feel distant from the idea of art for art’s sake. I don’t know what the point of it is.” 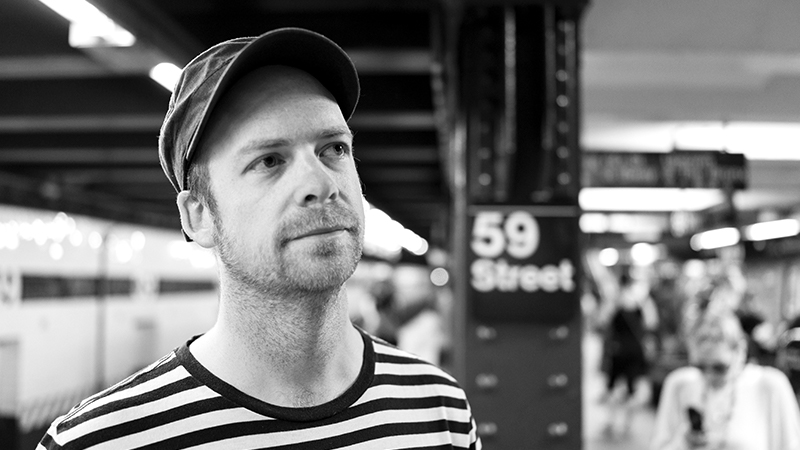 “When I heard Jonathan tell his story I felt deeply compelled to share it. Hearing what it was like to have spent his whole life living next to such a significant case of environmental racism brought me to tears. He recalled stories from his elders of how pristine and beautiful Boat Harbour was, and the wonderful life they had enjoying fishing and swimming into the arms of Boat Harbour.”

“When I returned home to my little coastal town in Australia, I could not shake what I had seen. The first thing I noticed when I got out of the car was being hit by the sweet smell of the ocean. That night the song started to come to me and so over the following weeks I pulled it together along with the footage as a small offering for my friends in Pictou who have been fighting this for many years. I hoped it might be a small piece of encouragement and hope for change to come, bringing some outside attention in the fight to keep the government accountable to their promise to the Pictou Landing First Nation community for the closure in 2020 and its full clean up.” 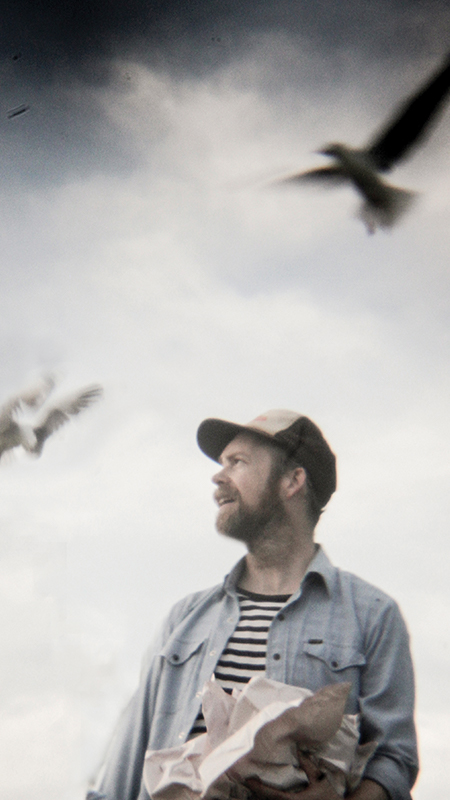 There is so much beauty and sorrow in this story, made so much richer by the universality of the situation. This sort of industrialism at the expense of all else is rife throughout the world and taking the entire planet down a road that it cannot turn back. In Pictou Landing, Mark Lang saw the true and personal face of this battle, those who have suffered the most at the hands of colonialism and industrialism. The First Nations people, who lived in reverence and harmony with their surroundings, watching their beautiful home drowning in a swirling pool of sludge.

The tireless work of the people of Pictou Landing and its surrounds has brought about an agreement with the lawmakers of Nova Scotia to close the Boat Harbour effluent pumps by 2020. In the past they have reached similar agreements only to see the deadlines extended by money-mongering, deals and politicking.

Knowing that, you can understand Lang’s somewhat waning enthusiasm about the 2020 closure: “This seems to be a common theme with governments juggling these issues around the world to appease corporate pressure and keep them elected long enough to pass the buck with never actually dealing or honouring their agreements. I hope for my friends in Pictou that the Canadian Government honours their promise to the First Nation people and finally brings this madness to a close.”

For more information about the plight of Pictou Landing, please visit: https://www.friendsofthenorthumberlandstrait.ca/