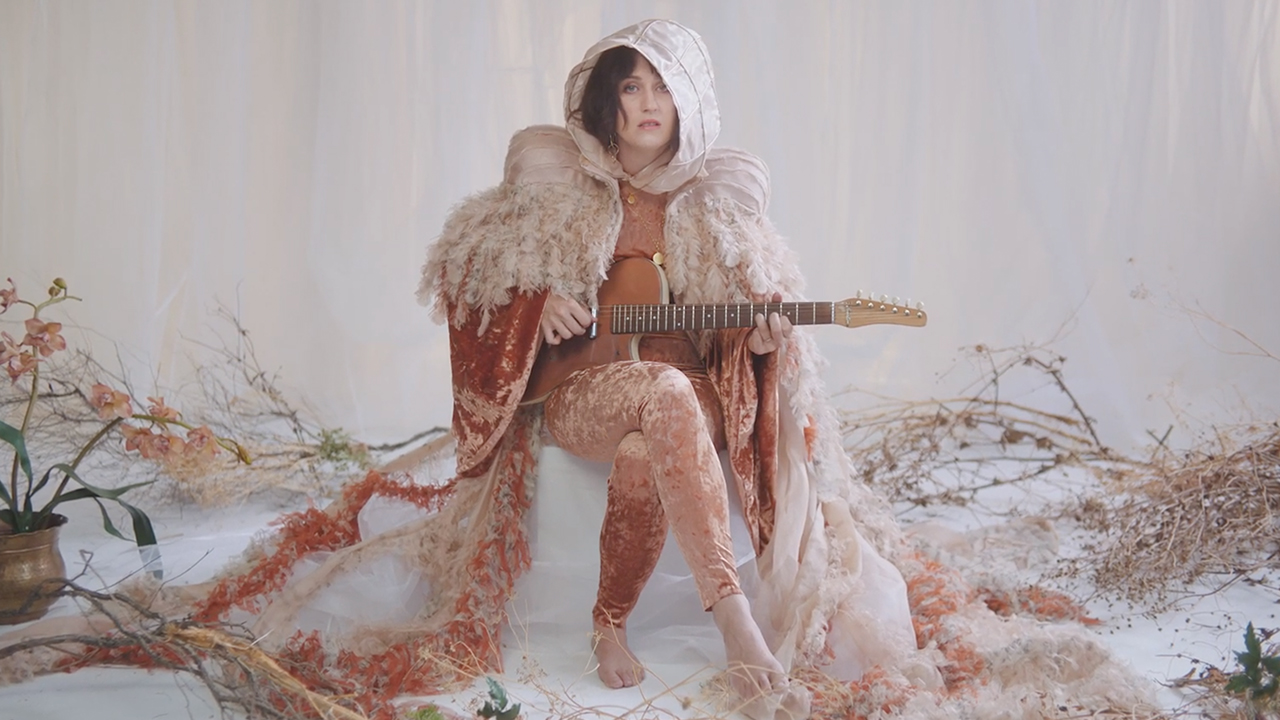 by Anth Webster
0 comments
For Melbourne alt-folk artist and fashion designer Anna Cordell, the concept of womanhood and motherhood carries so much weight. “It just happens to be so much of my life,” Cordell says, “especially having five daughters! My mum was a young single mother bringing me up when I was little, so I had a huge input from my Grandmother who we lived with, as well as mum’s sister, Tess. It’s bound to weave in I guess. I’ve known a lot of strong women in my life.” In her latest single ‘Tried So Hard’, Cordell addresses the way the world forces women onto a certain path, as if self-worth and strength can only be exhibited in specific ways and any variance from that preconception can only be seen as weakness or vulnerability. 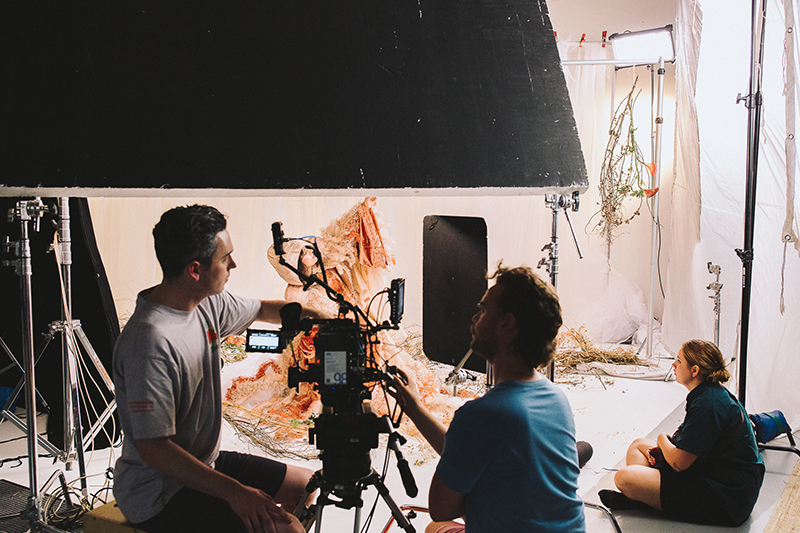 Whether through stitches or songs, this is an idea Anna Cordell has been seeking to challenge: “Something that I have been trying to include in both my music and clothing is this softness and strength combined. I think women have felt for too long that in order to be seen as strong- they’ve had to look hard edged, perhaps try to act a little more cold, competitive and individualistic. This is the message we’ve been trying to free men from because we could recognise the damage those values were having on our society. We tell men to respect the ideas that warmth, vulnerability, community and gentleness are things they need more of on the one hand while -as women- we are treating them as weaknesses, almost disabilities.”

“These are some of the traits that have been considered historically part of a woman’s world that I think, rather than being dismissed, should be explored. There are plenty of reasons we feel they are lesser qualities because they have been so abused. But I guess it’s at this point now of- hang on- just before we go too far- Let’s stop and have a look at all of this. Let’s see how beautiful it is, and consider how much we may need it to survive.”

With generations of inspiration so close at hand, director Natalie van den Dungen saw an opportunity for a video that used a simplistic but powerful method to explore the strength of women, family and generational solidarity through an anthology of stylised portraits. As van den Dungen explains: “I did approach it as a series of family portraits where we could focus on each family member individually and together as a group. We were also inspired by a film that Anna found that had long static shots with the cast looking at camera and doing repetitive movements. So on the day of the shoot it was about setting up a frame, adding in the subject and keeping it simple knowing that when it was all cut together it would be a family collection. It’s an archive really.” 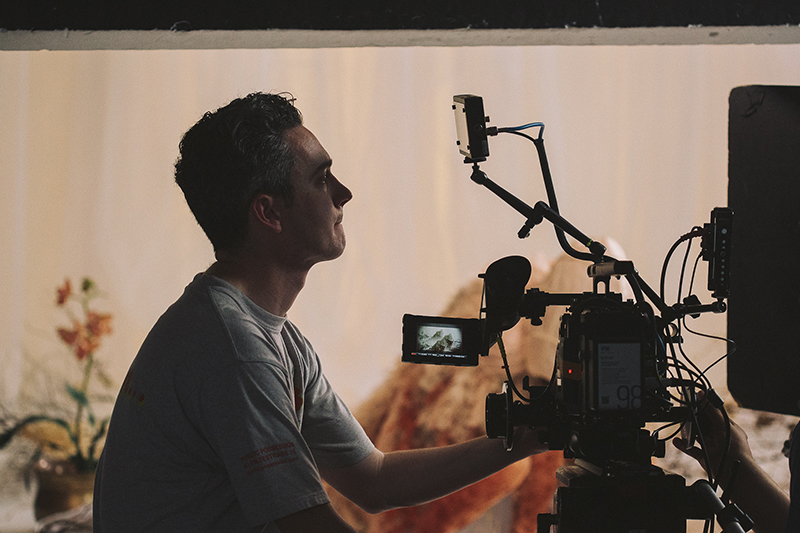 The video uses the minimal movement of the subjects, Anna and her family, in stunning wardrobe selections matched with a gorgeously appointed setting of white, beige and earthy muted pinks, to create these family portrait like shots that, as Natalie van den Dungen said, play more like a living photo album than some overblown action piece. The simplicity of movement gives van den Dungen and her crew a real chance to express this powerful concept through imagery: “My favourite edit is the shot just before Anna begins to sing and it cuts from her daughter Tilly (38 seconds in), and without planning it precisely their positions match and their eyes match almost perfectly. The first time I put those shots back to back it really hit me then that the video would also show family linage and even the ageing process.”

A true creative multi-talent, alongside her music, Anna Cordell helms Anna Cordell Clothing, a made to order fashion company that produces expressive, creative and unique works that celebrate individualism through style. For Natalie van den Dungen, it was really important for her to capture this in the video: “I love Anna’s work so that was a huge part of the appeal in collaborating on this project. It felt like a great way to showcase her designs and as a bonus fitting out her family was going to be a treat for them too. And using fabrics as a background was part of tying it all in with Anna and her many talents. But I saw it also as a chance for Anna to think big and really go to town.” 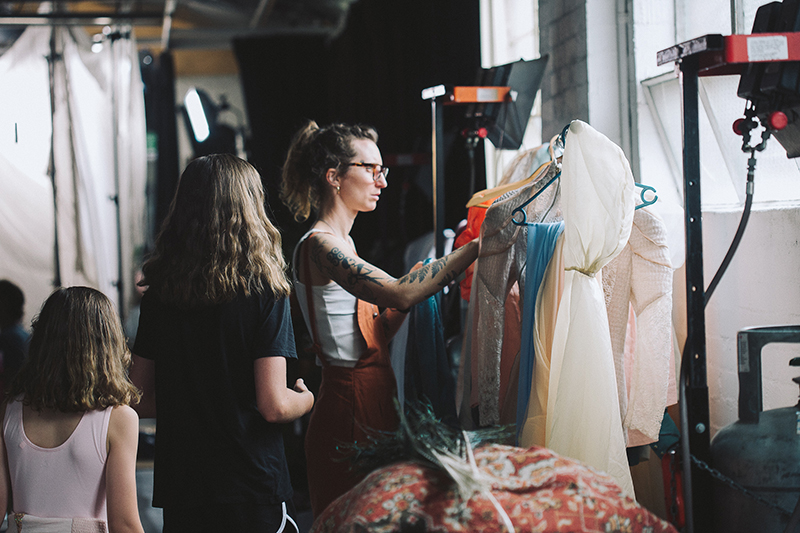 Cordell collaborated with production designer Quinn Delany-Veldhuis and fellow fashion designer Lucy Broomhall of Marda Label to create the look of the video: “Working with Lucy and Quinn was incredible! So easy because we understood one another so much with our aesthetics, intentions and designs. We are all quite different – but I think complimentary. So we draw one another out and inspire each other. The clothing was mostly from my collection with a couple of epic additions from Marda and a couple of pieces we collaborated on. We share a studio now and work together a lot.”

This collaboration has created such a unique and intriguing look that really does hit that mark for Cordell, showcasing a real strength through softness. The way the snowy whites and earthy brown tones play off the soft pinks maintains the femininity while expressing it in a complex and determined way. Natalie van den Dungen shared Cordell’s enthusiasm for this aspect of the shoot: “Anna recruited Lucy (Marda Label) to make the hood and that incredible feathery cape she wears and Quinn did such a beautiful job of art direction on the day with all the goodies she sourced. It was such a delight seeing it all come together on the day.” 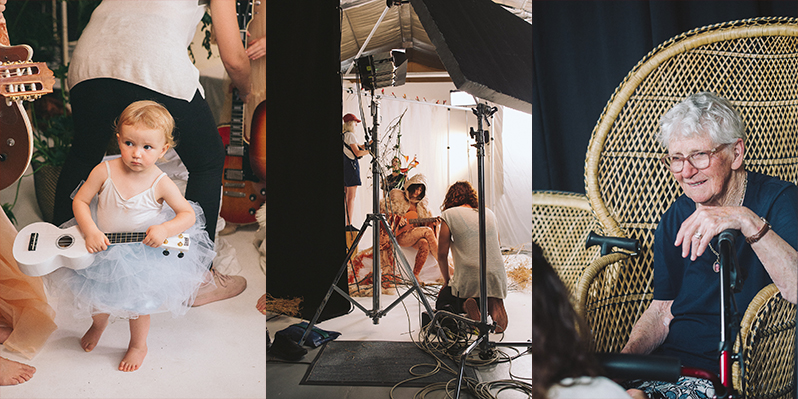 There is an undoubted heart to this project which emanates so naturally from this family unit and thanks to Natalie van den Dungen’s dedication to delivering it in a stunning but also incomplex manner, the natural light of Anna Cordell’s family can truly shine. Natalie van den Dungen and her crew have really smashed this concept, and when paired with the stunning aesthetics of Cordell’s design and styling, it makes for such a wonderfully powerful and compelling clip. “To be there,” van den Dungen recalls fondly, “with Anna and her family and our little team making a beautiful family archive was really special, especially having Sheila, Anna’s granny. She was having the best time and all our effort felt worth it just to capture this one-off moment in time.”

Here is the official video for ‘Tried So Hard‘