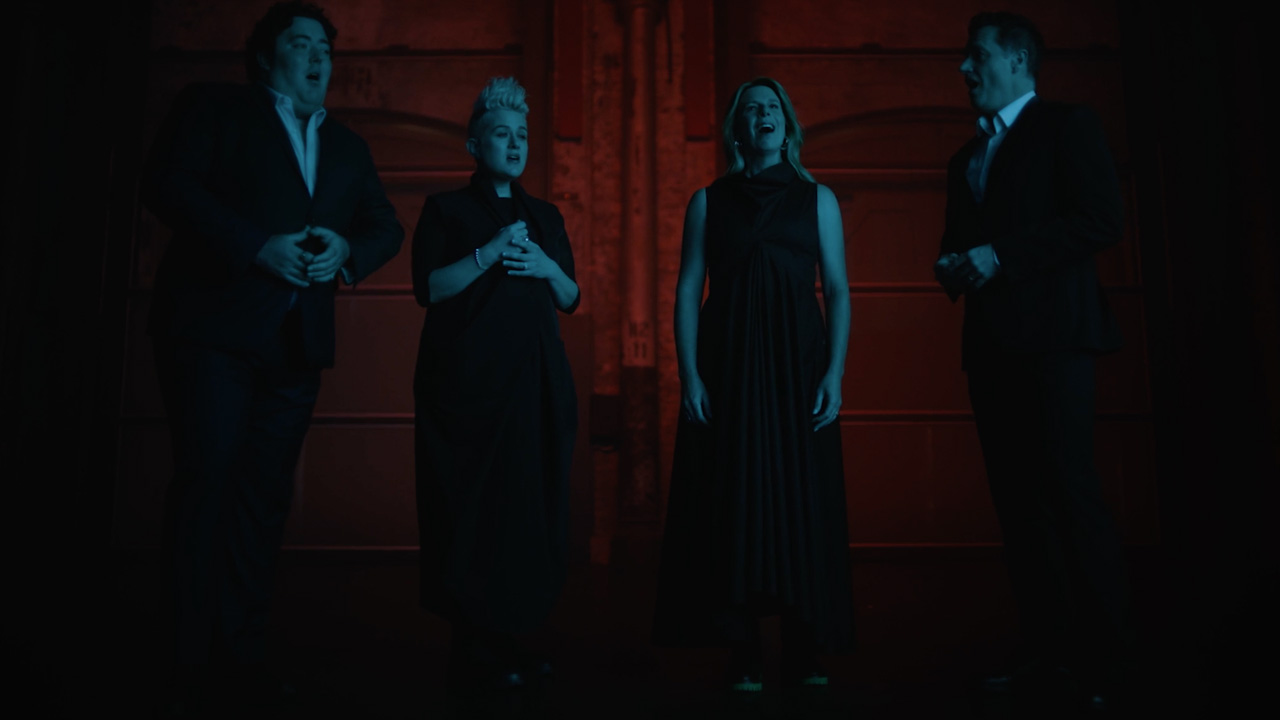 FEATURE: AVÉ – Peace I Leave With You (Dir. Gavain Browne)

[dropcaps type=’normal’ font_size=’60’ color=’#ed145b’ background_color=” border_color=”]T[/dropcaps]hrough a musical adaption of the biblical text from John 14:27, the music video for Peace I Leave With You presents two contrasting dancers, whose bodies churn through red and blue light in a robust, concrete space. The dancers’ performances are intercut with the soothing presence of the vocal ensemble, all four members stationed uniformly with hands gliding compassionately as they sing. Five-time Aria Winner Katie Noonan, soprano singer in the ensemble, reached out to director Gavain Browne with an open brief, which was received with excitement. Having collaborated previously, the video presented a much-needed healing, creative outlet following two years of pandemic isolations. Both felt that the world could yearn for a moment of peace in the midst of societal tension. Gavain remarks:

“I wanted to expand out from the religious context of the written word and explore universal concepts of peace. Specifically, the duality of inner and outer peace and can one exist without the other? Again, given the challenges of the last couple of years it seemed like an interesting theme to explore visually.” 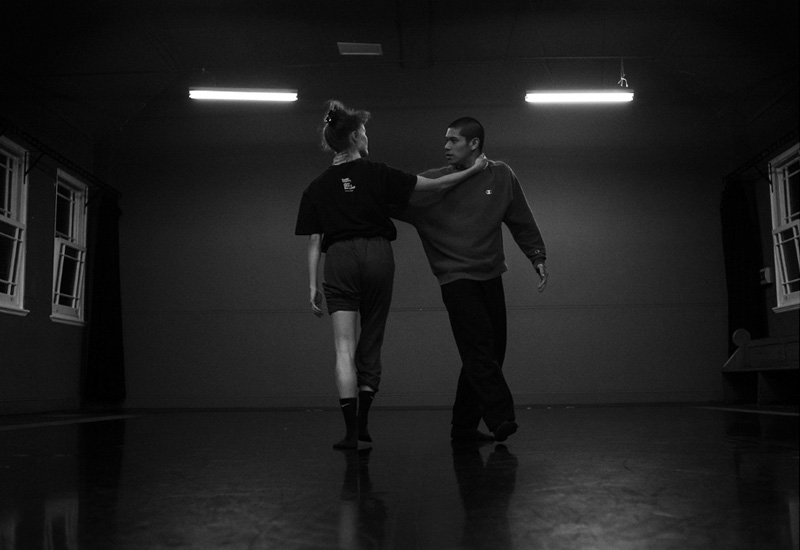 Inner peace is embodied by Allie Graham, who moves abstractly through blue light, her shoulders guiding her head which floats dreamily upwards. Her limbs spread through her body, feeling more contained, yet still fluid. While Billy Keohavang, cascaded with red light and embodying outer peace, is uncontained yet strong. He embraces the space around him. It’s as if they start from a place of pain, and peace is the journey that dawns down on them.

“I Initially I wrote a movement concept as a starting point for Billy & Allie who choreographed this together to respond to. I mapped out timings and ‘movement beats’ to the track which gave Billy & Allie some structure to help curate their initial ‘movement sketches’. We then had three rehearsals which we filmed, and I would put together rough edits to see which of these movement sketches were working with the vocal.” 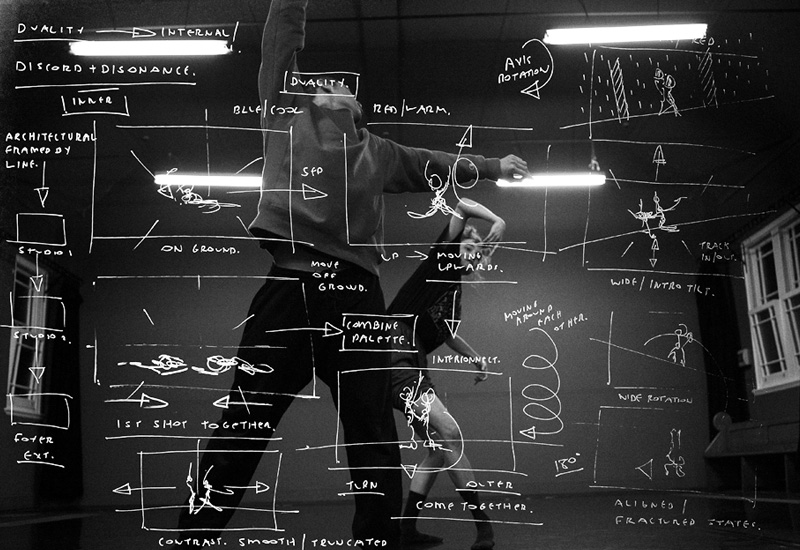 The shots of the ensemble platform their effort and poise. With Katie Noonan as Soprano, Fiona Campbell as Mezzo-Soprano, Andrew Goodwin as Tenor and Andrew O’Connor as Bass-Baritone, the sounds of the track are tender and beautiful. Although the viewer is taking in the dancers’ physical battle between pain and peace, there is a sensation of somehow being held. Through this reflective distance, this piece makes room to meditate on pain without internal resistance. Between these mediums, the transitions meld together seamlessly. Even when the sound is suspended the music piece feels like it continues through the movements of Allie and Billy. This keen detail, care, and emotional flow in the sequence of shots makes it no surprise that director Gavain Browne undertook the edit himself. Gavain expresses his thematic aims:

“We wanted to explore themes of discord, tension, unison that at times acted as a counterpoint to the mesmerising vocals… I wanted to create an emotive visual journey that evolved over time. Drawing people into this duality playing out in front of us through physical movement on screen.” 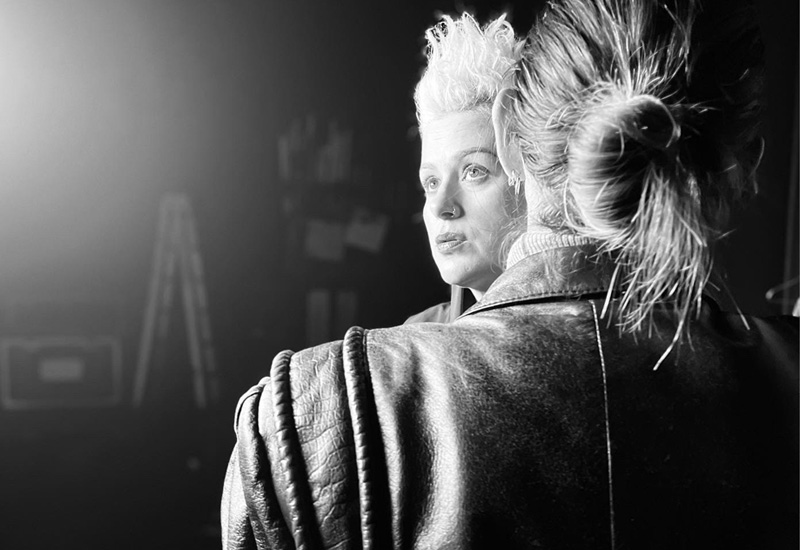 The project was filmed in Sydney’s Carriageworks, an open creative space lined with industrial metal and slabs of concrete pillars. The harshness of the environment is framed symmetrically, with grand slow dolly zooms which transform the venue into a cathedral despite its modern architecture. The aim was to preserve the ‘live’ feeling to the performances, and therefore preserving the intimacy that live music enchants us with. Gavain remarks:

“Given the logistics of managing [varying] schedules [of people based all over the country], we ended up shooting right in the middle of Vivid Sydney on a cold Friday night. Carriageworks were great in allowing us to build a rain rig inside as other Vivid Sydney events were happening around us.” 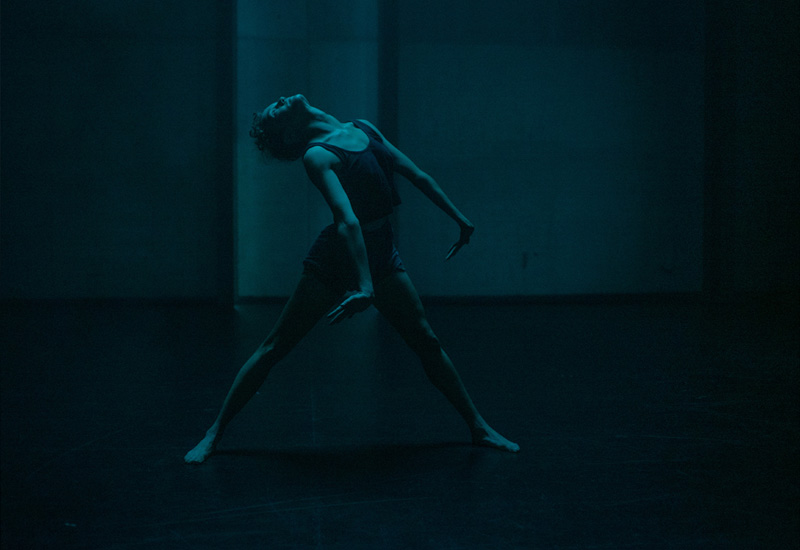 At a point of silence in the clip, the two dancers combine as the camera tilts and obscures, building to magnificent rolling shots of their bodies arching upwards supporting and clinging to each other in euphoric release. Rain streams through the venue, and washes pain clean. This communicates the flow state of inner and outer peace working in harmony, allowing one another to exist in tandem. Gavain describes the equipment used to achieve this:

“Tony Luu ACS (our DOP), and the camera department built a rig to allow the image plane to rotate up to 270° This was operated manually on the dolly with what were essentially a set of bicycle handlebars! Tony’s skill in timing the camera rotation to key movement moments was incredible” 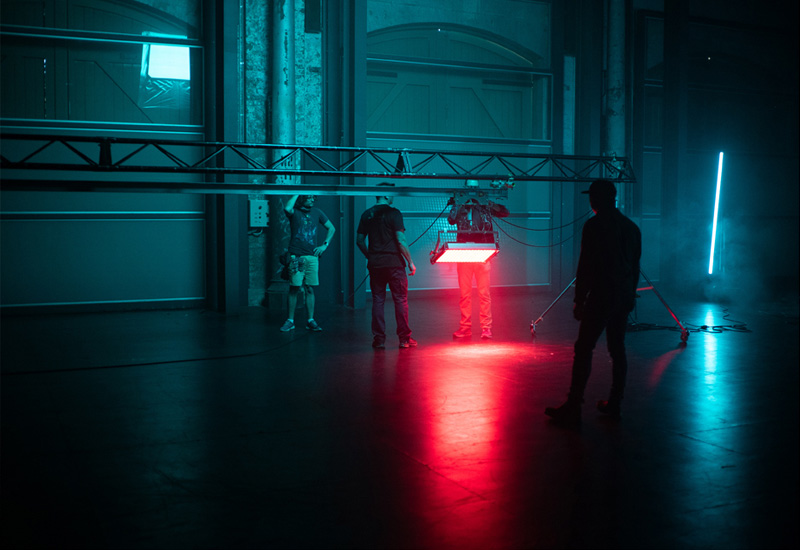 The rain and camera rotations were tested separately to perfect the motion, making sure that the look and feel was achievable and safe. Shooting on an Arri Mini LF with Leica R lenses for cinematic effect, the camera coverage and shot list were kept tight and thoroughly organised to limit the amount of time with the rig. With the story and movements carefully and considerately mapped and towels in high supply, only three takes were done wet. Movement director Emma Harrison was brought to the shoot days, keeping the dancers faithful to their aesthetic aim. The rest was filmed based on what the creators knew they needed, thanks to their meticulous planning, and their deep, collaborative understanding of the story.

“We see our dancers separately at first before they come together on screen. This is when we fuse the palette together (and both inner and outer peace). Tony and I baked in the lighting/colour treatment on set, and we further crafted this in the colour grade with master colourist Yanni Kronenberg.” 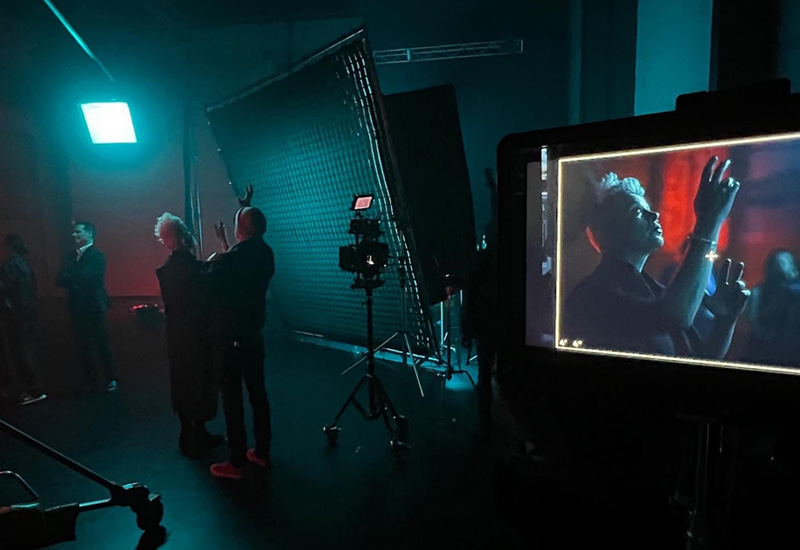 Their result is an ethereal experience combining multiple artforms at once. Building from simple shots at the beginning that amplify the raw authenticity of both the Australian Vocal Ensemble and dancers, the striking cinematic language floods into a disorienting release. Katie and Gavain’s artistry and deep emotional expression is abundant, leaving us grateful to be safe and enjoy the relief of these three serene minutes of peace.

Here is the official video for ‘Peace I Leave With You’