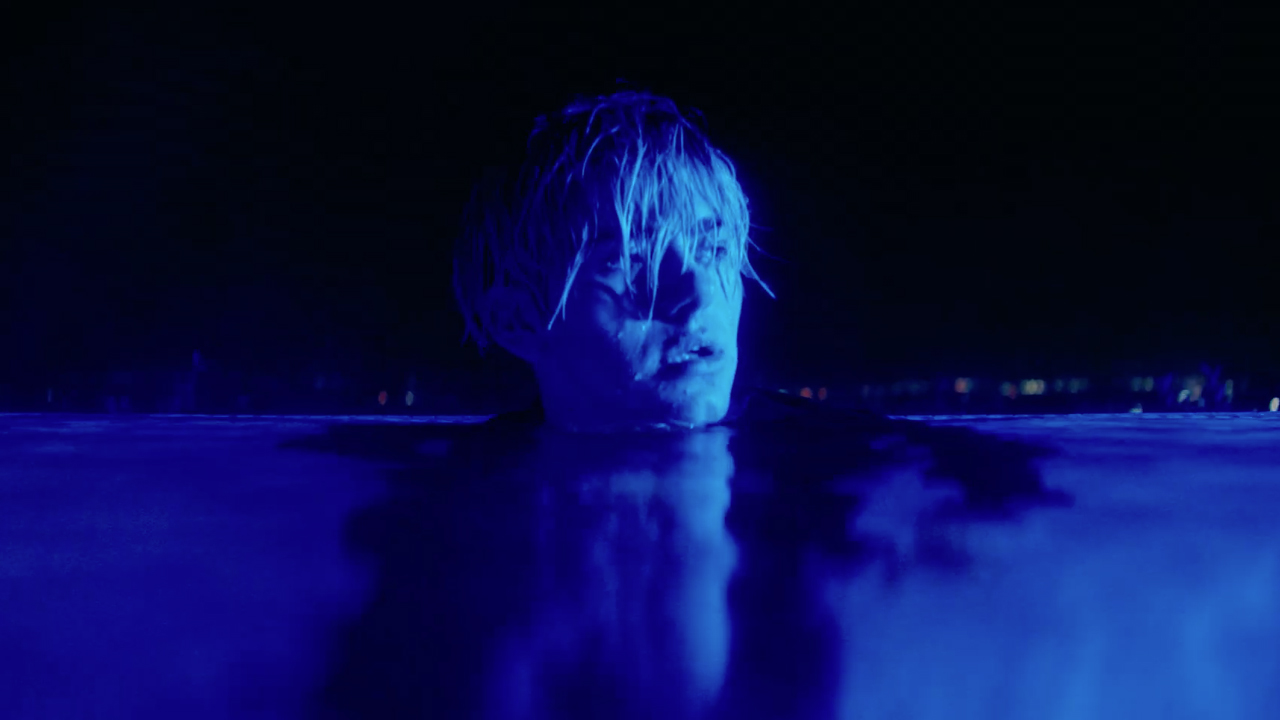 There is a corner of TikTok where Chri$tian Gate$ has built his own pop-punk domicile. A world of broken hearts, neon signs and bored eyes. He formulates his thoughts and heart into lyrics and manufactures a fast pace of serial videos that keenly echo teenage aesthetics and humour. All while keeping up with the ever-changing viral trends that circulate the platform and the minds of his generation. With his untouchable coolness, starkly contrasting his emotionally transparent lyrics, he reveals his wit with satisfying irony, quickly flicking between jokes and harsh truths within his life and relationships. His music video for Traumatized is the perfect accommodation to all that Chri$tian Gate$ represents: A healthy dose of internet culture, raw and edgy aesthetic, and abrupt emotional transparency. The tempo and mixing of the song reiterate gen Z’s adoration of the current 2000s cultural reprise; the emo-pop style mixed with a high energy video. Danny Farber, having worked with the artist before, was called in to direct this next music video, with his previous team returning with him. When explaining the plot’s inception Farber recalls:

“Christian looked to me to tell his story. He pulled from real life experiences when writing the song, and together he and I mined those experiences to figure out the best way to represent that story visually… I helped funnel Christian’s ideas into a cohesive story.” 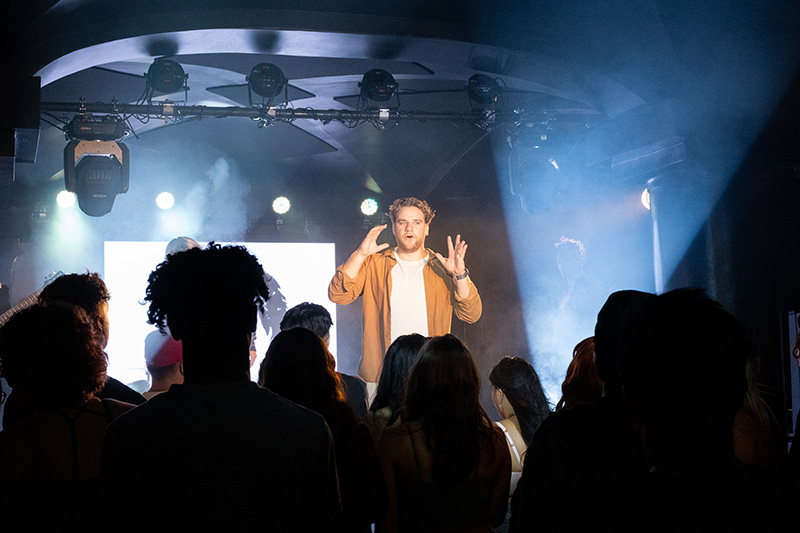 The Traumatized clip follows Christian meeting a girl at one of his concerts. From there he bounces to a house, the girl leading him to the bedroom, and the swirled to a pool dawned in blue neon. These scenarios communicate an intoxicating relationship – a whirlpool of fun, exploration, and wonder. The tone shifts with the music into a suspenseful tracking shot of our protagonist, following him through the house thoughtfully, as he records and mixes his music with his producer. The lingering bassline coupled with the pondering nature of the clip, suspends the audience’s attention, and braces them for the next chorus and the relationship’s downturn. The director reflects on the transitions that stitch the scenes together and maintain the pace of the clip:

“My DP, Will Brunker, really pushed me to get specific with the transitions on this project… I felt like I wasn’t doing my part as the director to keep things fun and engaging, after the story was already decided on. So, when it came time to draft a shot list I knew I wanted some fun match cuts to push the narrative along.” 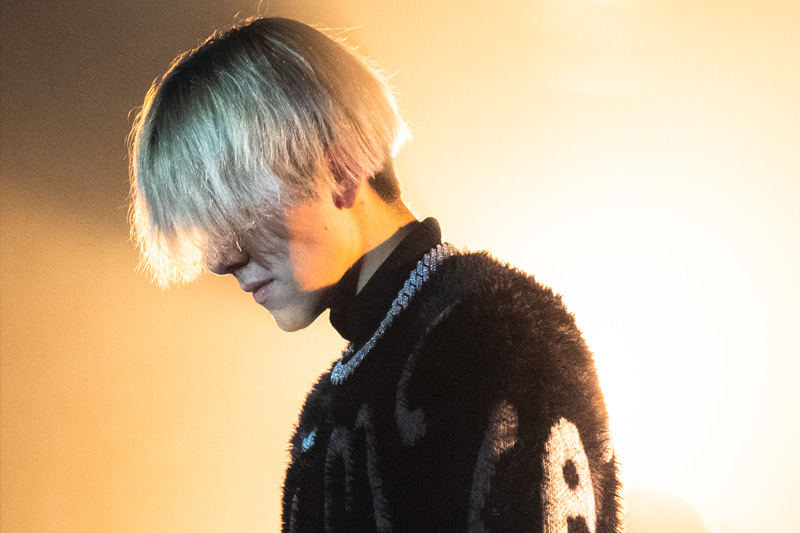 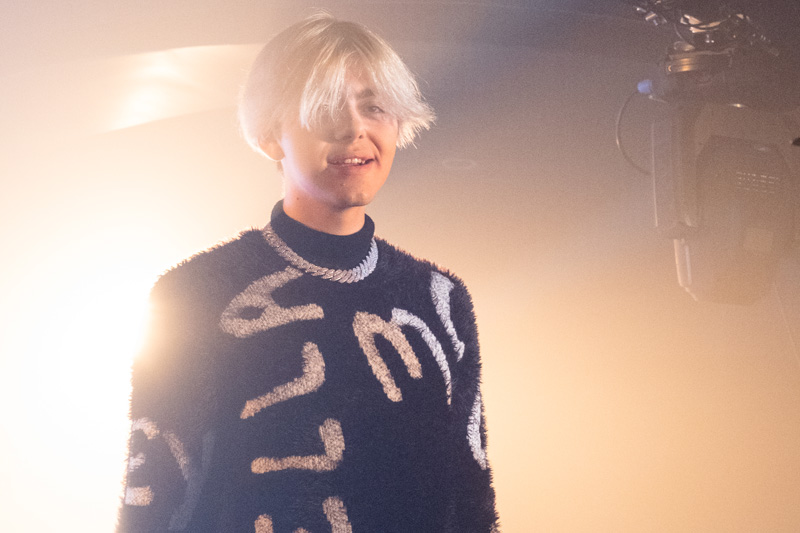 With the flip of a phone, Christian is drowning in fans, the love interest leaving him behind. He attempts to reconcile but is sucked back into the crowd’s mass. The now ex-lover drives away, tears streaming down her face. Christian reflects in heartbreak with vignettes of the pool, until the montage climaxes and the viewer is lured into a new concert, now streamed in white light instead of colours. Christian’s demeanour builds into optimism, finding affirmation in his place on stage. The now jaded ex and newfound boyfriend look ahead in the crowd, despite them Christian keeps the pace of his performance with ease and charisma, white light streaming behind him.

“I knew it might feel redundant shooting back-to-back concert scenes, so my DP and I decided to make the first show ‘colorful’ and the second show the absence of color (keeping the lighting mostly white). In doing so, we’re subtly hinting at Christian starting a fresh slate after a breakup with a girlfriend. He’s starting over and standing confidently in the spotlight of his fans.” 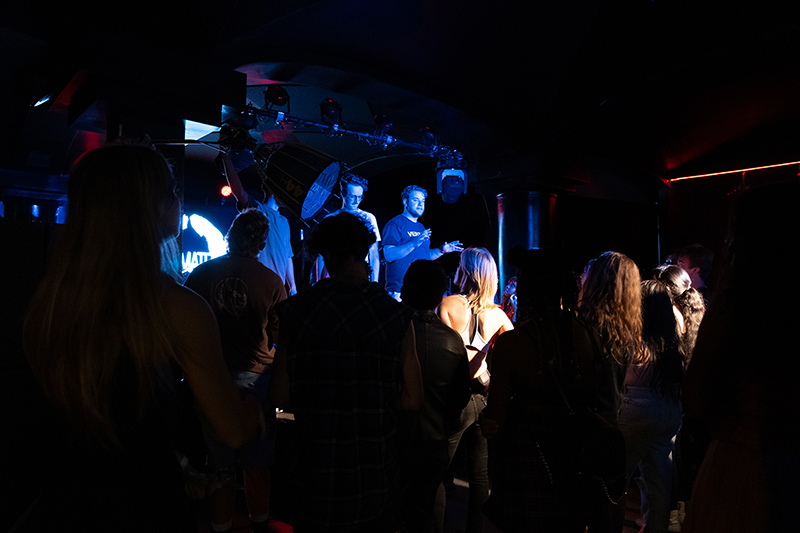 Balancing a film’s style and logistics, is an ever-present conflict in filmmaking. But this clip makes the art look seamless. One of the main challenges when approaching a music video such as this could be filling the frame enough with extras to make a convincing crowd in the concert scenes, especially for a tone as high energy as this. With each crowd shot submerged in extras, enough footage to comfortably fill out the edit of the whole song, and a film style that makes 2 filming locations feel like numerous, the craft behind this clip is communicated in abundance.

“We couldn’t have gotten this many extras without the effort of my tireless producer, Stacy Snyder. She helped post the casting breakdown and her and I combed through selects when it came down to book folks… We shot this in a day. It was important that our music venue and the house with the pool were close to each other since we’d be moving as a company to shoot both locations… From there I knew I could block the scene in a way that allowed for us to repurpose the fans from inside the venue to the back alley and shoot the car rig stuff all together. It was the perfect storm of logistics.” 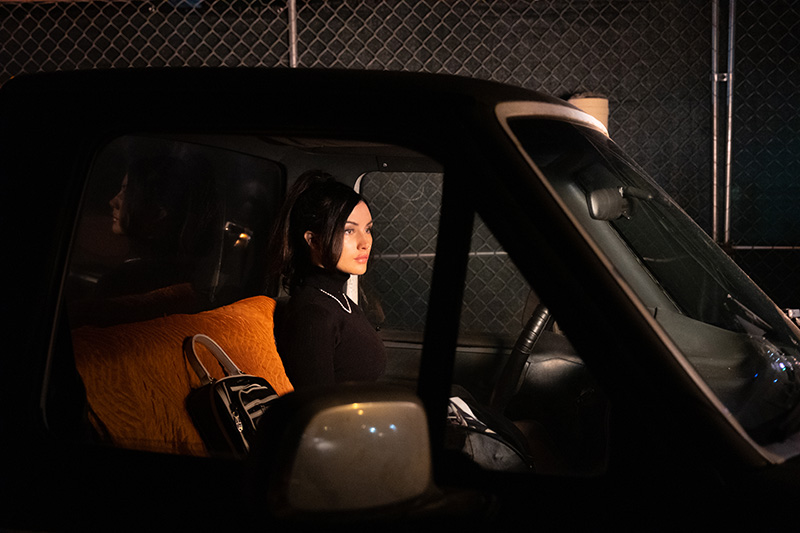 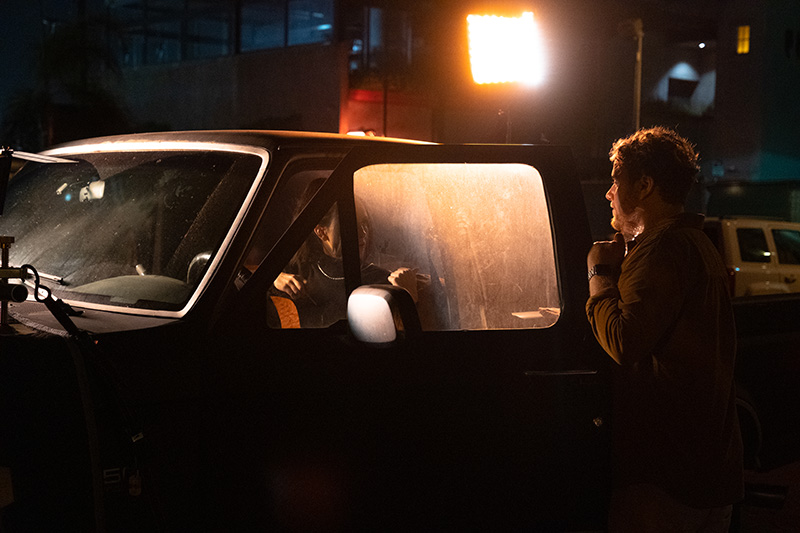 There is a gliding seamlessness in the edit. Its montage and always-in-motion camera complement each other swiftly. The match-cut transitions are amplified by the rolling action of the camera work throwing the audience around the story playfully. The viewer is pulled into every shot, we are an eager lens that races through scenes. Whether it rummages through the crowd of fans, plants in a different location, trails beside a story character or circles the lovers, this is an intoxicating style, perfectly aids the raging excitement of the track. Director of Photography, Will Brunker, comments on his approach to filming the video:

“We shot with the Alexa mini LF and Kowa anamorphic lenses in 1:1 which gave us the 2:1 aspect ratio after ‘desqueezing’ the footage. We opted for anamorphic to give the video a feeling of glitz and glam that our rockstar protagonist is living.” 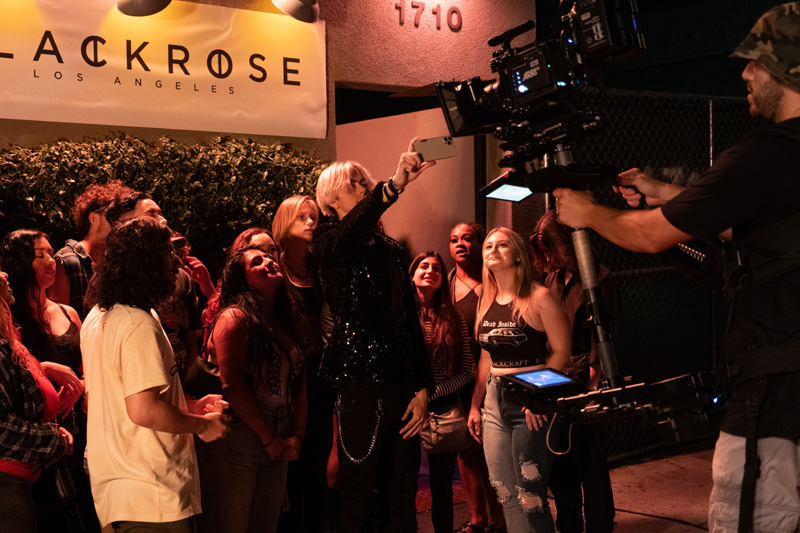 Danny Farber adds to this:

“To keep that rock and roll energy throughout the video we added some film grain onto the footage in post. I wanted a crunchy, punk texture to what was already gonna be a cool video.” 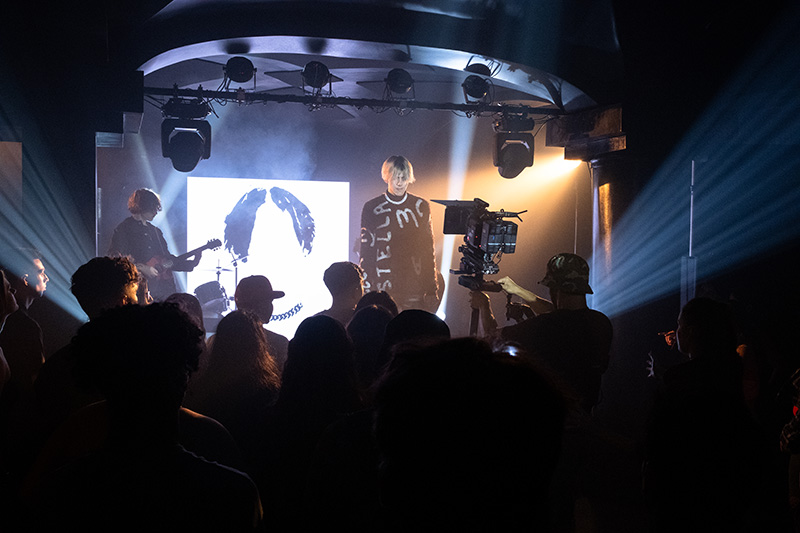 The film style is clean yet dynamic. The fact that this clip was shot mostly at night matches the rock aesthetic of the video. The swooping pace of the music provides for a satisfying link between itself and Christian’s TikTok content, a bridge between platforms for the artist’s fans. The audiences gain a high-quality production, but as well as this, the music video is a worthy competitor against the algorithms of TikTok with its mesmerising engagement. With this keen understanding of his audience, talented musical skills and satisfying video aesthetic, Chri$tian Gate$ from here is sure to succeed as his journey continues.

Here is the official video for ‘Traumatized’