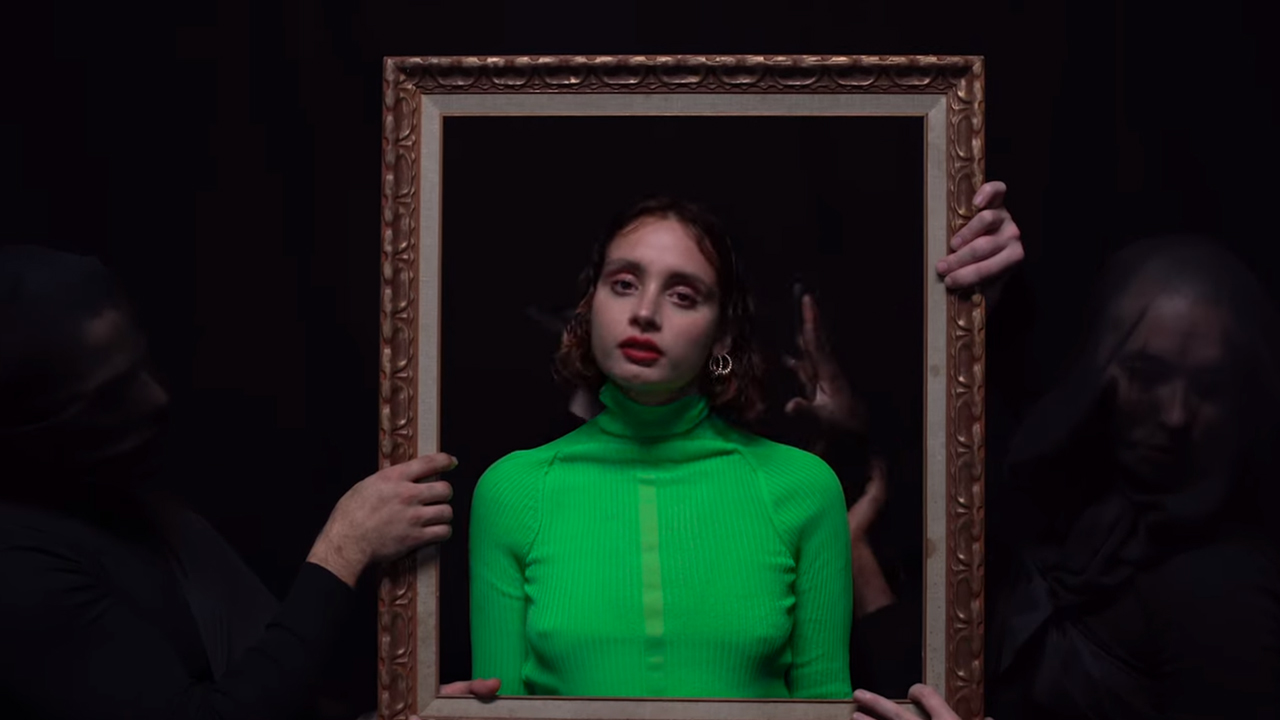 by clippedtv
0 comments
Melbourne avant-pop artist Bel is truly having a 2020 to be reckoned with. After the success of her steamy dreamscape single ‘Better Than Me’, Bel is twisting the darkness dial a little further in the follow up ‘Spectre’. The song broods with such an intensity, uncompromising and unrelenting, delivered with just enough audacity to make it really hit deep with the listener. The track deals in movements of danger and relief, like classic suspense horror, which certainly feels congruent with the inspiration Bel was drawing upon when putting the track together. 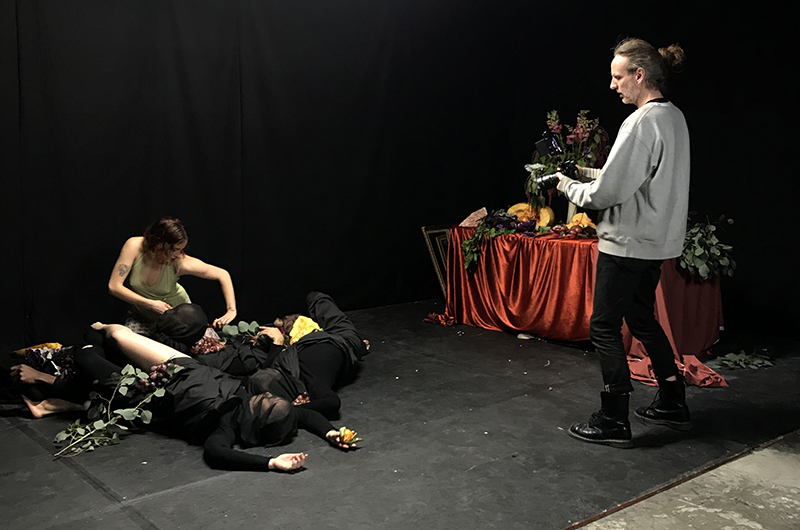 Bel explains: “I wrote ‘Spectre’ in order to metaphorically chronicle what it’s like to have an ominous presence circle and set foot in your emotional, physical or spiritual safe space. This could be anything or anyone from a previous partner, to your own inner-bully, and the effect that these unrelenting, negative and often intrusive shadows can have in your life. More so, it’s important that the listener recognises that she fights until the very end, to the very last second of the track.”

Bel teamed up with US-based director James Mountford for ‘Spectre’’s visual accompaniment, a stylistic and expressive physical showpiece that surrounds a brightly coloured Bel with a group of ominous black figures that push and pull against her own natural movements. It’s a clear and well-presented metaphor for expectations and the way our own actions can be dictated by imposing outside presences. Mountford elaborates: “After I heard the song, I had a think and then presented the idea of a puppet show to Bel. She related to it immediately, and from there we built upon how we could achieve a scenario in which Bel was being controlled and thrown around by these ‘puppets’. Bel has such distinct visual artistry, so it was easy to bring the idea to life as she knew exactly what she wanted and trusted me entirely to make it happen. We did a lot of planning via phone, as Bel lives in Australia and I am in LA. When she arrived, we pulled it all together in a week.” 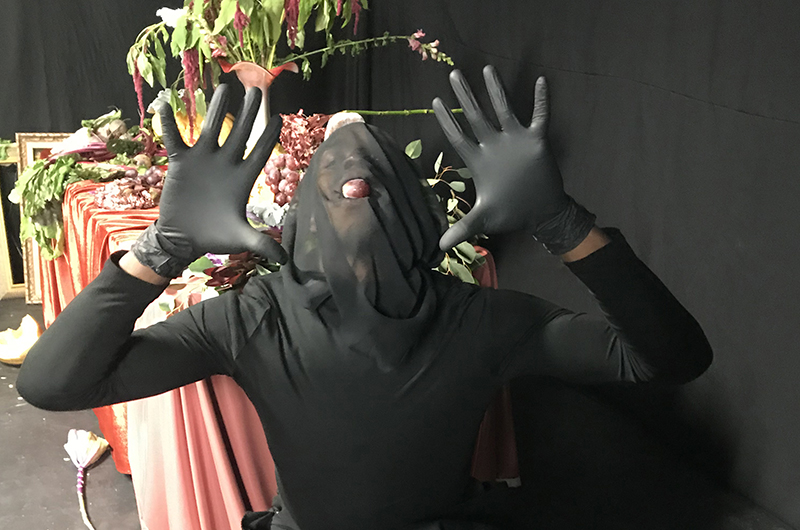 Stylistically, the video presents as a bit of a clash of aesthetics, which again feels in harmony with the track. The way Bel blends different genres and influences can be felt in the production design of the video. While Bel herself is dressed in cutting-edge fashion, the set is dressed with extravagant and classical pieces, ornate frames, chandeliers and Caravaggio-esque still life table decorations. “Bel has a very particular sense of style and visual references.” says Mountford.

“From the fruits/vegetables to the fabrics, we chose it all together based off a visual gallery Bel made in advance to guide the process. Luckily for me, many of those references were images of my own work. It’s nice that we have similar style. In the editing process, we discussed the grade and what we wanted to achieve and popping the skin tones was one of them.  Styling wise, I was Initially concerned that the greens would not work on camera against the dark background. However, Bel being Bel, was confident that the various shades of green would work – and they did! Bel has an extensive fashion background, so those choices were driven by her.” 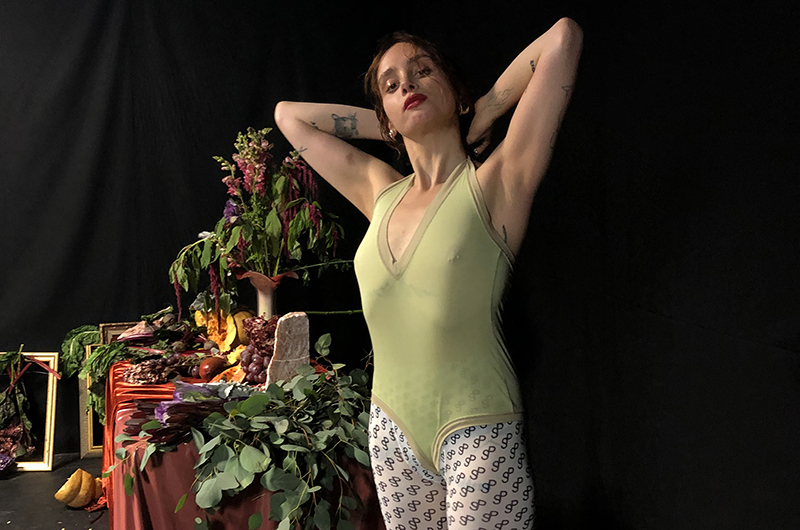 The video’s focus is the movement of its subjects, using elements of stage puppetry with the black-clothed figures guiding Bel’s body through strange and at times contortionist movements. When asked about how this aspect of the video came together, Mountford replies: “I feel lucky in LA to be surrounded by such incredible dancers who are my friends. I called in Maija Knapp to choreograph. After Bel and I gave Maija a rundown of what we were after, she took it into her own hands to create some simple choreography that would convey the message. We had one rehearsal, but pretty much went rogue on the day anyway. Instead of contriving particular choreography, I kind of just let Bel and the ‘puppets’ freestyle whilst I filmed and guided them all. It was an organic process directed by feeling.”

Seeing Bel pushed and jerked around by near-unseen puppeteers is certainly a viewing experience ripe with that edge of discomfort feeling, and wonderfully enhanced by the way Mountford has shot and edited the video. Predominantly presented in medium shots so that Bel’s tormentors are just apparent, using a hand held camera that undulates with the movement of the subjects, and cutting it together with a relaxed edit that ensures the viewer sits with each shot, absorbing every discomfort that Bel is enduring, instead of cutting away and losing the moment. 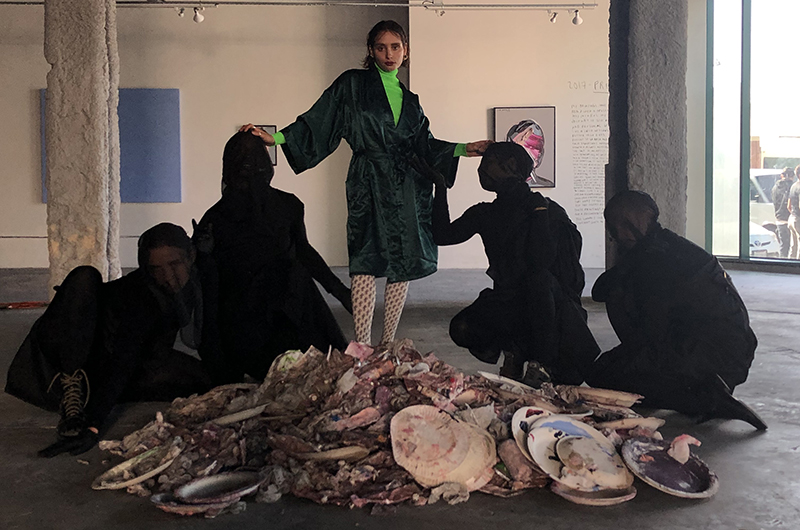 It is in this presentation that the video draws so much of its power. While things never reach a level of overtly disturbing the viewer, it certainly keeps them right on the edge of that feeling, making for an extremely engrossing experience. James Mountford describes his approach: “I wanted to create a sense of chaos throughout the clip. I shot a lot of the footage freehand to get this ‘woozy’ effect, but to also follow Bel and the dancers as they moved through the space. This allowed me to get some interesting angles and perspectives that I think were integral. These shots juxtaposed by the disjointed final scene is important, and I think quite special. These cinematic choices make the video what it is.”

Here is the official video for ‘Spectre’