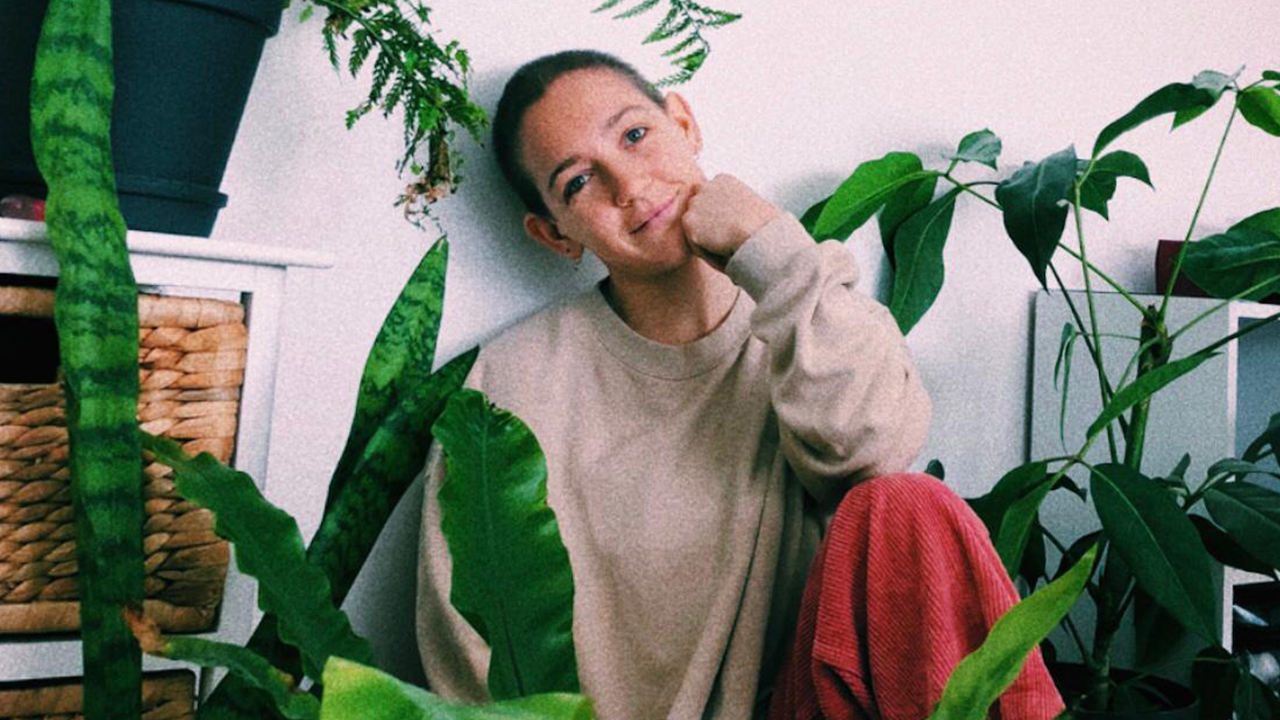 [dropcaps type=’normal’ font_size=’60’ color=’#ed145b’ background_color=” border_color=”]C[/dropcaps]hances are if you’ve seen a dance or movement based music video that’s come out of Australia in the last couple of years, you’ve seen the work of Zoee Marsh. Alongside being the recipient of multiple awards and working on many different performances ranging from musicals to live shows and television events, Zoee Marsh has cemented her place as one of the most sought after movement coaches and choreographers in the music video world, having worked on clips for the likes of Vera Blue, George Alice, The Kite String Tangle, Chela, Dianas and many more.

Earlier this year, Marsh teamed up with a host of other Melbourne based creators to bring about a new project titled 4040 Home. The extensive movement performance video that is directed and choreographed by Marsh and features an original score by The CB3 seeks to illuminate the necessity of a dialogue between the generations when it comes to safeguarding our future and the state of our planet. The video features the performances of 20 dancers across mutliple picturesque locations and was constructed by a crew of incredibly accomplished creators over a range of discplines.

To celebrate the release of this awesome project, we sat down with Zoee Marsh to talk about five of her favourite movement based music videos:

ZM: “This is one of my all time fav clips. I remember the very first time I saw it, I was so engaged I immediately watched it again. The way Wayne McGregor has created such fluid, seamless and interesting movement on Sonoya to layer in with the highly impressive special effects really blew my mind. This clip is a journey of self discovery, internal and external, and the marriage of the music, performance and wicked editing skills work together beautifully to achieve this. One of my favourite elements about this is the relationship between the incredible dancer and the camera, the way they work together creates a stunning duet in itself!”

ZM: “I bloody love it when artists embody movement in such a confident manner and I believe this video is such a great example of that. Olly Alexander screams courage, you can see in his performance that he has had a very special connection with both director Fred Rowson & choreographer Holly Blakey. The styling, movement, set and cinematography are a match made in heaven on this one, but what I enjoy the most are the repeated motifs seen throughout the choreography, there is such a clear style and energy to represent that of the track and artist. Super inspiring to watch and hopefully makes everyone want to dance around in their living room with buckets of confidence and essence.  “

ZM: “This is a newbie but holy hat did it grab my attention! Christine and The Queens knows exactly how to capture, embody, push and showcase such a diverse range of movement effortlessly. I thoroughly enjoyed this as it pulled on my strings of inspiration from legends such as MJ and Prince, but also a nod to the very iconic scenes from the classic, Centre Stage feature film. Choreographer, Ryan Heffington, is a huge pioneer for modern movement in our time and I believe has really mastered how to make movement relatable and memorable through his storytelling and daring aesthetic. I also have to mention that one of our incredible Australian dancers, Pat Kuo, features in this video!!”

ZM: “There is no way I couldn’t include a work from the queen herself, FKA twigs! She is such a multifaceted artist and in my opinion, she has seamlessly been a major factor in bringing a greater value of movement into music. In particular, I love the inclusive and diverse casting that twigs and her team select for their projects, really shining a light on the artistry in different movement genres, especially in this video with members of the London vogue community playing such a significant part of the clip. I also really love how involved she is with her work, she engages with such knowledgeable professionals in the dance community and collaborates with them to create the movement and scenes. A huge shout out to Benjamin Milan & Aaron Sillis for their choreography in this!”

ZM: “You know how you have those books that turn into ‘bibles’? This clip is one of those! No matter how many times I’ve watched this, I still feel so happy, inspired and kinda emotional. It evokes the courage inside, the emotion that we are sometimes scared to really lean into. These legends execute the movement constructed by JA Collective with such commitment, it’s inspiring. As mentioned, I love it when artists take the leap and own the movement, I was so impressed and fascinated with this clip it urged me to go and research the process. I heard the boys speak in an interview about how they had to practice the choreography so much but in the end found it was extremely rewarding because it actually evoked a new part of the track for them.”

“This is a perfect example of when you surrender to movement, you can shift any fear or doubt and really embody the music in a new capacity. Talk about entertainment, this still captivates and takes me away every time and in this period of social distancing and self isolation, I am going to watch it weekly! Let’s not forget to mention how smoothly this is shot, the transitions, costume changes, editing, pow! It’s a winner! Enjoy, and I hope this sparks something inside you to go and have a boogie. “