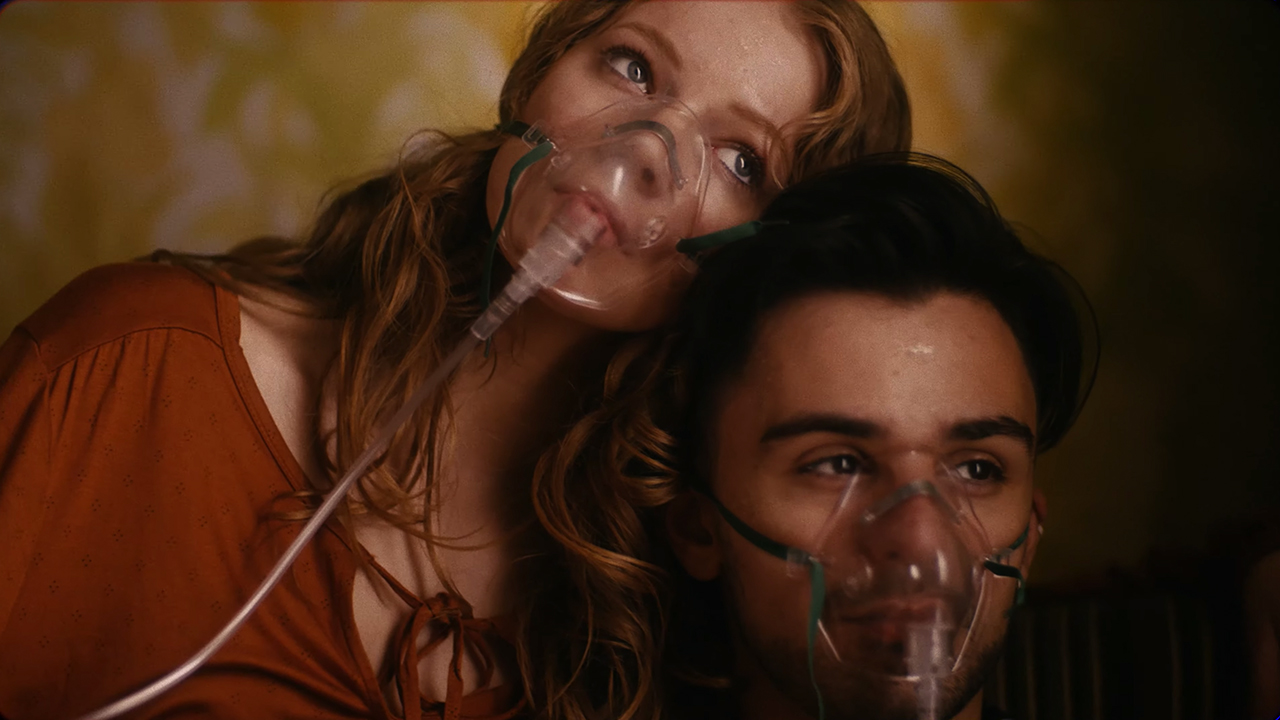 by Anth Webster
0 comments
When Divebar Youth, the group of Adelaide indie rock artist Vincent Barbaro, dropped their latest single ‘Carbon Dioxide’, COVID-19 was scarcely in the news. And back when the video was shooting, the words corona virus had far from staked their now immovable place in the zeitgeist. According to the video’s director Nicholas Muecke, the inspiration for his tale of viral annihilation and disaster came from everything else the world had been going through up until that point: “When Vinnie (Barbaro, Divebar Youth) approached me with the demo for his song, I immediately understood the place his piece was coming from. 2019 had come to this disastrous climax, particularly with the fires ravaging our landscape, and we were both passionate about capturing the zeitgeist of the moment without directly referencing a specific issue or being didactic.” 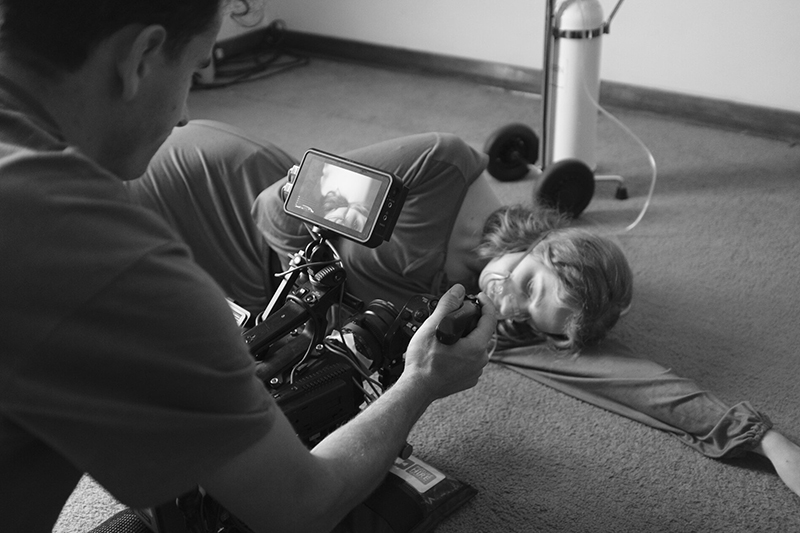 ”I, and many of my peers, are also particularly aware of the imminent, intergenerational handover of global responsibility that we’re about to be left with. Of course, although some of us fight passionately for our future, there will always be others that don’t seem to understand the gravity and impact that our actions are having. This clip is an abstracted glimpse at what it might be like to forget about our responsibility entirely – in the language of this video, to throw off the protective mask and succumb entirely to hedonism, in spite of the disaster unfolding around us.”

Frustrated with her isolation and the impending doom this fantasy scenario is built around, a woman throws off the shackles of her mandatory oxygen mask and embraces her own euphoric yet irresponsible end. As she inhales the effects of whatever the masks are protecting these people from, she enters a state of freedom, indulgence and intoxication, convincing others to join her in her ignorance. The video closes with the protagonist succumbing to the effects of the unbreathable air, as she crawls towards safety it is revealed that she is not trying to reach her mask again but just trying to turn the TV off. The climax plays with the idea of acceptance and switching off from the harsh realities to achieve some sort of miserable, yet ultimately peaceful freedom. 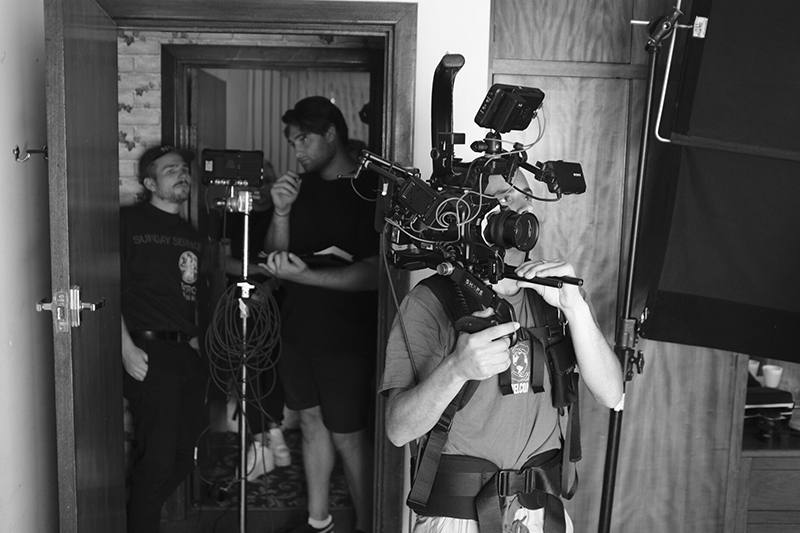 “I’m glad the ending felt freeing to you!” exclaims Muecke, “The narrative of ‘Carbon Dioxide’ is split into three distinct acts. Firstly, the choice to ignore what’s going on around us (throwing off the mask). Second, influencing others to do the same (taking the mask off others). Lastly, the final struggle – and the question of what goal we may actually be struggling for. In this narrative, the girl just wants the onslaught of media-projected disaster to stop, regardless of whether that spells her doom. It’s incongruent with our expectation that she’s looking to survive.”

“Of course, this is a downer; it’s a sad truth that many of us would prefer to ignore our species’ mortality until the very end. But in the same token, it is entirely freeing. We all know the temptation of giving up; to quit before the going gets too tough. We’re attracted to it, because taking the path of least resistance is always in the back of our minds. My hope is that the audience can watch this video and experience the freedom of quitting without ever actually doing it in reality. That way, they can keep fighting – whether that be against these greater struggles, or just our personal ones.” 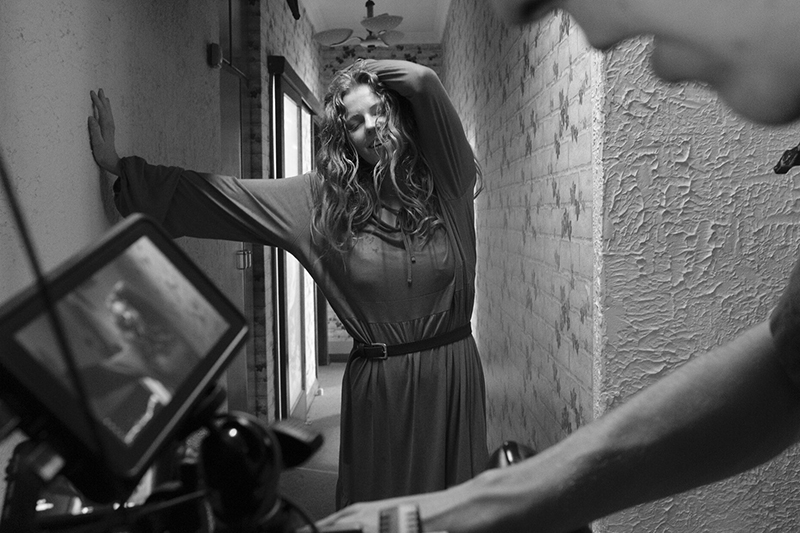 Muecke and his crew deliver this story in such an aesthetically interesting way. Driven by the earthy grit of the song’s guitar combination of outback acoustic tones met with crunching heavies in the chorus, the video takes on a pleasing palette of muted browns and golds. Conceptually this suits the idea that the air is filled with some level of toxicity, while also grounding this video in a world of gritty homeliness and sweat. When the protagonist removes her mask, the colours become so much more rich and vivid. The camera comes alive; moving away from the stable shots Muecke and his DOP Emerson Hoskin use to portray the mundane stillness of this oppressed world, and instead opting for frenetic and free camera movement, a fast-paced edit and the addition of effects like slow motion and ghosted movements. It creates a very clear dichotomy between the two experiences for the woman.

When asked about this, Muecke replies: “When I first heard the song, I immediately visualised the 70s and knew that this sort of grungy, acidic rock had to be accompanied by visuals that echoed this. I also felt that this era had some distinctive ties to the message that the artist and myself wanted to convey. The colour palette was born naturally from that, and so the primary issue became just finding a location that embodied this. Luckily, we stumbled upon this beautiful 70s home that had been left completely untouched. Each room had its own hallucinatory wallpaper, and exactly the right range of colours. It was love at first sight.” 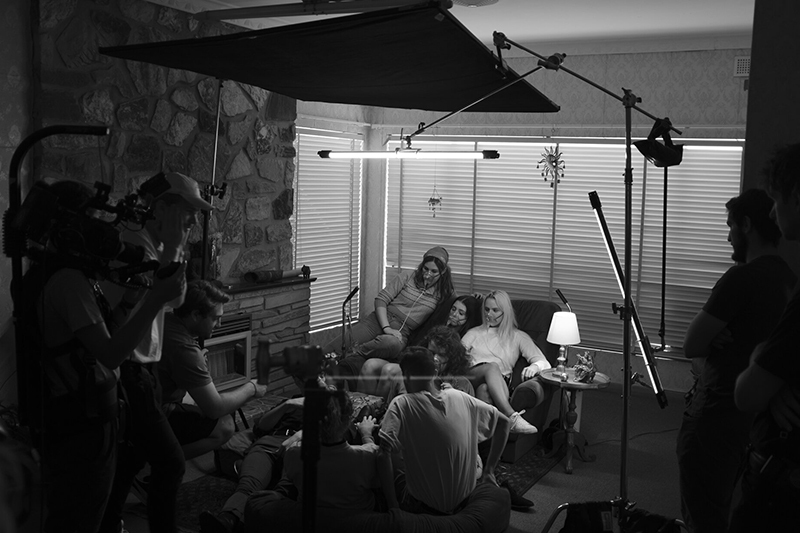 “Emerson and myself planned to un-muddy our colour palette as our protagonist journeyed through the house. It’s a journey away from dirty, muted, sickly colours and towards vivid, attractive and hedonistic ones. To do this, we stopped working with the natural palette of the house and instead used darkness and gelled lights to hone-in on the look we wanted… I think the dichotomy here is also present in the song, and so it felt like a natural visual dialogue that the clip had to have with itself. The protagonist is essentially tripping on the air she breathes – there are highs and lows; moments with subdued, sensory ebbs and intensely euphoric flows.”

“Keeping the camera open and free was an important part of building this. We suspended it on an easyrig, over-cranking the camera for verses and undercranking it for the choruses. We shot the choreographed dance both ways but chose to keep it natural in the edit to help the clip escalate. When the guitar solo hits and the girl realises she is in trouble, we introduce the step-printing effect and keep it for the climax of the video. The effect remains for an intrusively long time. We know that the protagonist’s experience has soured, that she wants out, and so we as an audience do too. We empathise with her as a result, root for her, and then she dashes our expectations by switching the television off.” 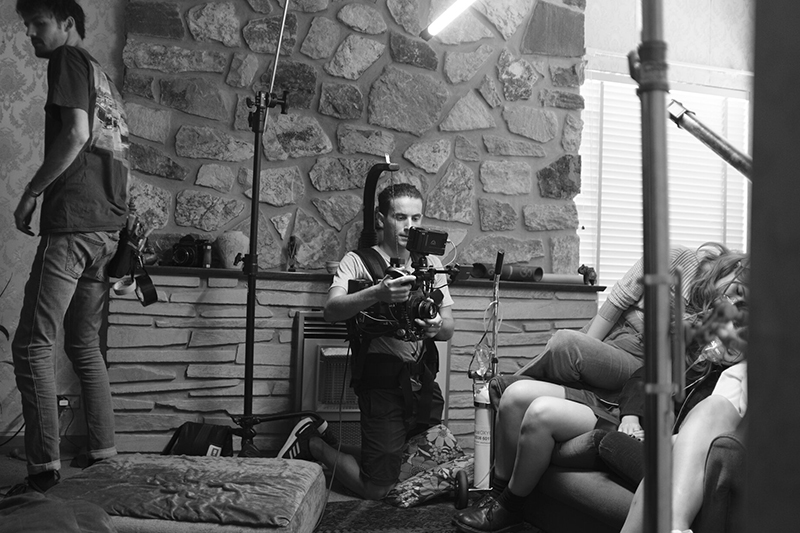 It’s such a clear message so stunningly portrayed here, a message that is picking up more and more weight with every passing day. Our reality right now is undeniably distressing, however, it’s becoming more and more clear that ignoring the warnings and attempting to go about our daily routines is not only dangerous for ourselves, but perilously dangerous for those around us. Such is the story for our protagonist, she threw away the crushing truth for a moment of bliss, and as a result she paid the piper handsomely. If I could be so bold and self-important as to add one thing to this video a month on from its release, it would be a huge white super over that final shot of the burning rose that simply read “PLEASE, STAY THE FUCK HOME”

Here is the official video for ‘Carbon Dioxide’